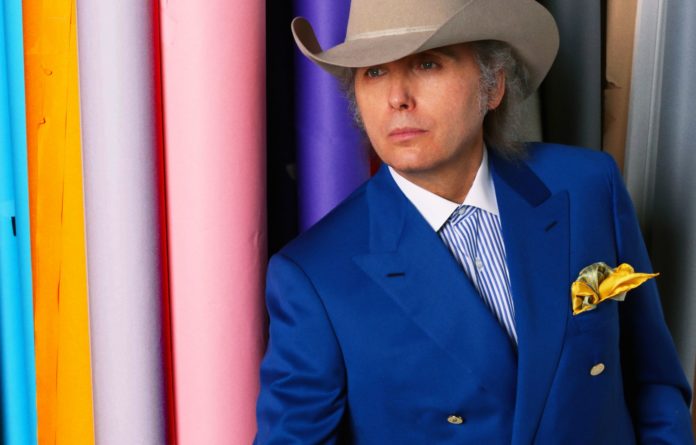 Dwight Yoakam is a singer who’s famous for his own unique flavor of country music which blends together different classic sounds.  Throughout his 30-year career Yoakam has released more than a dozen albums, and raked in numerous awards and nominations. Aside from music he’s also a talented actor capable of tackling a diverse set of roles, and a successful businessman with his brand Bakersfield Biscuits.

You might be wondering what’s the latest regarding our favorite country singer. Before we check out the latest about Yoakam, let’s first take a look at his journey and how he rose to stardom. 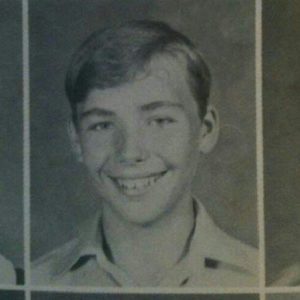 Born on October 23, 1956, Dwight David Yoakam relocated from his birthplace at Pikeville, Kentucky, to Columbus, Ohio, where he spent his childhood. At six years of age Yoakam had his first guitar which he quickly learned how to play, and his exposure to the music of Johnny Cash and Buck Owens further fueled his love for the tunes. In high school Yoakam took every opportunity to play music by joining bands while his skills in acting were also developed thanks to school plays which he was usually the lead actor. Yoakam ditched college in favor of pursuing his dream of making music.

Yoakam flew to Nashville in an attempt to kickstart his career but his version of the genre wasn’t the thing there. He transferred to Los Angeles and began his work on introducing a new flavor of country music he coined “hillbilly music” by playing extensively in rock clubs all around town. Soon enough Yoakam amassed a good number of fans.  It was also here where Yoakam met Pete Anderson, a guitarist and producer who shared the same love he had for this new version of honky tonk music. 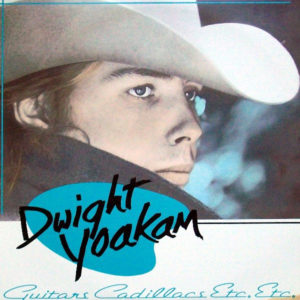 In 1986 Yoakam released his debut album titled Guitars, Cadillacs, Etc. Etc. and Anderson served as both producer and electric guitarist. Critics lauded the album and it received much airplay on radio stations all over the country. This helped boost both the fanbase and the sales of the album which eventually reached platinum for selling over a million copies. His cover of “Honky-Tonk Man” by Johnny Horton was the first ever music video of its genre to be aired on MTV. Also in 1986 Yoakam was given the “Top New Male Vocalist” award during the Academy of Country Music Awards.

His two other offerings for the decade namely Hillbilly Deluxe (1987) and Buenas Noches from a Lonely Room (1988) continued Yoakam’s roaring success with singles that ranked at the top spot of the country charts.

Yoakam started the 90s with his fourth album If There Was a Way. Most of its songs found places at the Hot Country Singles chart of Billboard while the album itself ranked at number seven. His 1993 album This Time fared better than his previous work and was certified triple platinum, but the following Gone (1995) marked as Yoakam’s first time to not have even a single track to make it to the top ten.

In 1997 Yoakam released Under the Covers, and Come on Christmas a month later, and both were cover albums that gathered somewhat positive critical reception. He returned to singing his original songs in 1998 with A Long Way Home but unfortunately it didn’t sell well and failed to earn even a gold certification, another first in Yoakam’s highly successful career.

Throughout the 2000’s Yoakam released eight studio albums. After his sixteenth album Blame the Vain (2005) Yoakam took a break from working on original music and instead released the tribute album Dwight Sings Buck (2007) in honor of singer Buck Owens.

After seven years Yoakam made a comeback in 2012 with 3 Pears which was considered as among his greatest albums, appearing in many top lists of critics and gathering virtually universal acclaim. For this monumental comeback Yoakam was given the “Artist of the Year” award during the Americana Music Awards in 2013.

Yoakam’s 2015 album Second Hand Heart also enjoyed a good amount of praise especially towards his efforts in reconnecting with the sounds of his earlier albums.

Dwight Yoakam on the Screen

As acting was one of Yoakam’s dreams way back in high school, it didn’t take long after his success in music for him to land a role. His very first appearance was in the drama television series P.S. I Luv U in 1991.  In 1993 he had a minor role in the thriller Red Rock West as a truck driver.

In 1996 he starred alongside Billy Bob Thornton in the award-winning drama Sling Blade. The next year he got the lead role in the drama film Painted Hero. Before the decade ended Yoakam appeared in three more films namely The Newton Boys, When Trumpets Fade, and The Minus Man. He also provided the voice of Lane Pratley in the animated comedy series King of the Hill. In the 2000s he appeared in several films such as Panic Room (2002), Wedding Crashers (2005), Crank: High Voltage (2009), and 90 Minutes in Heaven (2015).

Yoakam ventured into the realm of directing in 2000 with the Western flick South of Heaven, West of Hell wherein he also starred as the lead character. His twelfth studio album was the soundtrack of the film, while the other tracks were dialogue from the movie. Unfortunately Yoakam’s directorial efforts were met with negative critical reception and the film was also a commercial failure. In 2002 he served as one of the producers of the comedy Waking Up in Reno.

He returned to acting in television series in 2014 at Under the Dome and the next year in the biographical drama To Appomattox. In 2015 he was set to team up with comedian Jack Black in the production of a comedy set in Nashville titled Belles & Whistles but so far there are no updates about it.

Let’s see what Dwight Yoakam is up to this year. 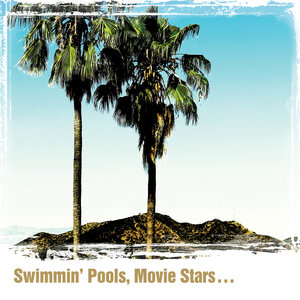 Yoakam released his latest album last September titled Swimmin’ Pools, Movie Stars… which featured his old songs but given a bluegrass twist. He also paid tribute to the legendary singer Prince with a cover of “Purple Rain” on the album.  So far the album has been given positive reception.

Since the start of this year Yoakam has been actively performing on stage. He performed at the Schermerhorn Symphony Center last July and it was a first time for Yoakam since the start of his career. He was part of the annual Norsk Hostfest in North Dakota last September, and the yearly music festival Austin City Limits (he hosted the said event last year).

He is currently on tour in support of his latest album. He has a long list of performances throughout October to December. He will also have shows next year on January, February, May, and June.

He is part of the cast in the upcoming drama Boomtown and television series Goliath.  Recently he appeared in the “Bar Fights” episode of Drunk History as Jesse Benton.