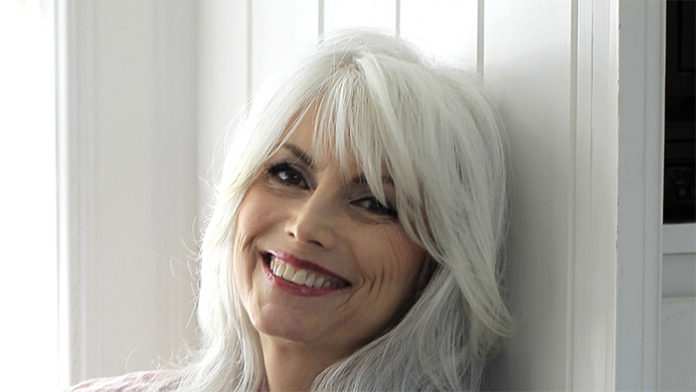 Emmylou Harris is an American singer who’s known for having produced dozens of country hits throughout her career such as If I Could Only Win Your Love and To Know Him is to Love Him. A natural performer, Harris played the piano, saxophone and clarinet however she especially loved drama and acting; in fact, her aspirations as a teen were to become an actress. It wasn’t until she began singing during her university years (where she was studying drama) that she realized she wanted to pursue a musical career. After a few years of performing country and folk tunes at various local coffee shops and clubs, she signed a contract with Jubilee Records as a recording artist. At the age of twenty two, she released her début studio album, Gliding Bird in 1969.

Although her initial album didn’t gain much traction, her subsequent albums in the 70’s were much more successful at garnering her the attention that she’d needed as a musical artist. Since she first broke out into the country scene in the late 1960’s, Harris has released twenty six full-length albums and seventy singlesーfourteen of which became number one hits in the United States. Having effectively carved an identity for herself in the industry over the years, it’s not surprising that she has also accumulated a number of achievements and awards as a professional singer. A thirty nine time Grammy Award nominee, Harris has won thirteen Grammy Awards, three Country Music Association Awards, two Academy of Country Music Awards and four Americana Music Association Awards. A member of the Grand Ole Opry since 1992, the star was also inducted into the Country Music Hall of Fame in Nashville in 2008.

So what has the Alabama-native been up to as of late? What are some of her recent works? What happened to Emmylou Harris? Where is she now in 2018? 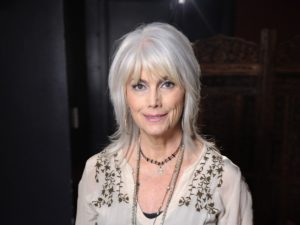 Born on April 2, 1947, in Birmingham, Alabama, Emmylou Harris is the daughter of Eugenia and Walter Harris, the latter of whom spent ten months in Korea as a prisoner of war during the 1950’s. Growing up in the suburbs of Washington, D.C., her family moved often due to her parents work in the Marine Corps. As a young girl, Harris enjoyed music but mostly of the pop and rock genres; she recalled that her older brother had in fact been a much bigger fan of country music than her during those days. A student at Gar-Field Senior High School, she was part of the cheerleading team and excelled in her classes; she was also a member of the marching band, where she played the saxophone. As one who enjoyed drama, Harris also joined the school’s Drama Club with dreams of becoming an actress after graduation.

Following her high school graduation, where she acted as the valedictorian, the aspiring performer went to University of North Carolina, on a full drama scholarship. Despite her original love for acting however, it was during this period that she eventually discovered her talent and interest in singing. Taking to her new passion, Harris started to perform and sing at local clubs and venues. Eventually wanting to pursue a career in music, her newfound passion, she soon dropped out of University and moved to New York City for more opportunities. Quickly settling into the new city, it didn’t take long for Harris to begin singing country tunes in various nightclubs and coffee houses. By the end of the 1960’s, the singer married her first husband and landed a recording contract with Jubilee Records.

Harris made her debut as a professional music artist with her album, Gliding Bird in 1969ーit was her first and last record with Jubilee as the company later folded soon afterwards. Produced by Ray Ellis, the album contained a number of folky originals as well as a small handful of covers including I’ll Be Your Baby Tonight by Bob Dylan and Everybody’s Talkin by Fred Neil. Other tracks on the disc include Dugue for the Ox, Waltz of the Magic Man, Black Gypsy and Clocks, most of which were composed and written by the singer’s first husband, Tom Slocum. Described as a “straightforward folk effort” by critics, Gliding Bird earned itself a mediocre rating of two stars from Allmusic.

After the lack of success with her debut album, it wasn’t for another six years before Harris released a second full-length album. Distributed under Reprise Records, with whom Harris’ had signed with prior to its release, Pieces of the Sky as it was called, is largely recognized as the work which kicked off her career. Warmly Received by fans and critic upon its release, the album was the artist’s first to reach the charts in the United States; it peaked at number seven on the Top Country Albums Chart and at number forty five on the Billboard 200. Pieces of the Sky even charted in Canada, where it settled at number seventy-six on the RPM Chart. Included in Robert Dimery’s list of “1001 Albums You Must Hear Before You Die”, the album spawned many single hits including If I Could Only Win Your Love and Too Far Goneーthe former of which became her highest charting country hit at number four.

Having won over thousands of fans with her music, Harris released her third album entitled, Elite Hotel in the winter of 1975. Her second Gold certified album, it was regarded by many to be a strong follow-up to her previous widely acclaimed, Pieces of the Sky. Her next collaboration with music producer Brian Ahern, Elite Hotel debuted at number one on the US Top Country Albumsーmaking it her first record to achieve such a feat. Proving to be a huge hit, the album also climbed up to number twenty five on the US Billboard 200 and to number sixty four on the Canadian RPM Chart. Of the fourteen song track list, a few highlights stood upon the rest including Together Again and Sweet Days, both of which became Harris’ first number one ranking country singles.

Harris released her next chart topper, Luxury Liner in 1979ーit would be her second consecutive number one ranking album on the country charts. Given a “B” rating from critic Robert Christgau, the album featured twelve tracks including noteworthy cover renditions of Chucky Berry’s (You Can Never Tell) C’est La Vie and Townes Van Zandt’s Pancho and Lefty. Another hit for Harris, who has now risen amongst the ranks in the industry, Luxury Liner peaked at number twenty one on the Billboard 200 and made its way up to number forty on the Canadian Top Albums Chart. Although the album spawned several singles however, none of them achieved the same level of success compared to those of Elite Hotel.

Before the 70’s ended, Harris released two more albums, Quarter Moon in a Ten Cent Town and Blue Kentucky Girl in 1978 and 1979 respectively. Both certified Gold by the RIAA, they charted similarly on the Top Country Album at number three. 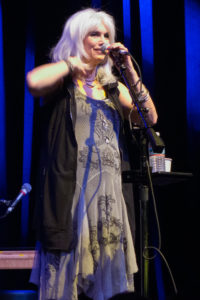 In the early summer of 1980, the country singer released her seventh studio album entitled, Roses in the Snow. Similar to her earlier effort, the album consisted mainly of traditional country tunes as opposed to her initial country rock-oriented sounds. Applauded for its acoustic bluegrass melodies, Roses in the Snow  featured twelve songsーtwo of which (e.g. Wayfaring Stranger and The Boxer) were released as singles. Her first album of the new decade, it was another fan favourite, peaking at number two on the US Top Country Albums Chart and at number twenty six on the Billboard 200. As of April 1981, the album has been certified Gold by the RIAA for having reached over 500,000 sales in the country.

Throughout the 80’s and 90’s, Harris continued to regularly release full-length albums including White Shoes (1983), Bluebird (1989), Brand New Dance (1990), Wrecking Ball (1995). Although they all successfully charted in the US however, none would attain the same level of recognition as those albums released during the peak of her career in the late 70’s. Carrying on with her recording career into the new millennium, Harris released Red Dirt Girl in 2000, Stumble into Grace in 2003 and All I Intended to Be in 2008. Most recently, she released twenty-sixth album entitled, Hard Bargain in the spring of 2011ーit was also her most successful in over two decades, having reached number three on the Country Albums Chart. 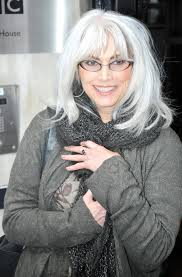 This October, the country singer kicked off her North American Tour alongside Patty Griffin, Steve Earle, The Milk Carton Kids and Buddy Miller in Colorado at the Boulder Theater. Aimed to help raise awareness for the current refugee crisis in the world, the eleven-stop tour will  be making stops at Kansas City, St. Louis, Chicago, Boston and Philadelphia prior to ending at the Lisner Auditorium in Washington DC at the end of the month on October 21, 2016. For more information, please visit Harris’ official website.

A month prior to the start of the tour, Harris also took part in a Tribute Concert Event coined The Life & Songs of Emmylou Harris: An All-Star Concert Celebration. Held at the DAR Constitution Hall in Washington, DC, the event also saw a number of the artist’s friends and long-time collaborators such as Rodney Crowell, Lee Ann Womack, Chris Coleman, Marry Chapin, Kris Kristofferson, and many others. Recorded as an exclusive live DVD and album, the once-in-a-lifetime event will be released in stores on November 11, 2016 via Rounder Records. Some of the featured tracks from the concert include Harris and Starling’s duet, When We’re Gone, Long Gone and her classic hit Boulder to Birmingham. If this is something that you’d be interested in, do know that preorders for the item is currently available on Amazon!

If you’d like to stay up to date with the star-stuffed country singer, you can do so by following her on social mediaー you can find Emmylou Harris on Twitter under her username @emmylousongbird. As an alternative, you can also visit her official Facebook Page (@EmmylouHarris) for some of her latest news!