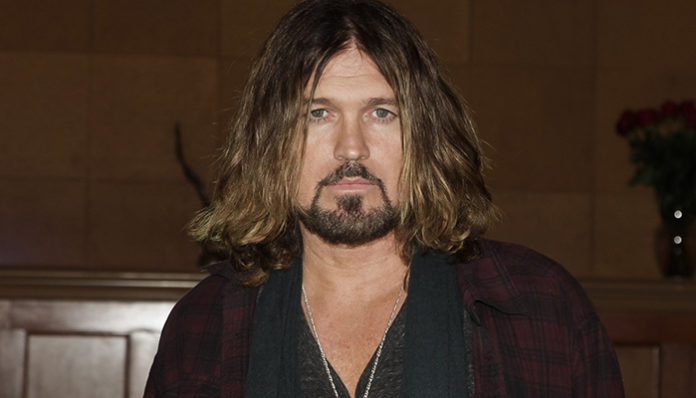 Billy Ray Cyrus is an American singer who is most likely best known for his country hit, Achy Breaky Heart. Exposed to gospel and bluegrass music as a young boy, Cyrus first began to sing when he was only four years old. Singing and performing over the years, music soon became a passion rather than an interest for the aspiring musician. In his twenties, he eventually formed a band called the Sly Dog, with whom he performed various stints with in the early 80’s. Wanting to embark on a solo music career however, he later secured a recording deal with Mercury Records at the age of twenty nine. Not long after that, he step foot into the music officially with the release of his debut album, Some Gave All in 1992; one of its singles, Achy Breaky Heart would go on to top both the country and pop charts, effectively propelling Cyrus into stardom.

Now a veteran singer with decades of experience under his belt, Cyrus has undoubtedly become one of the most recognized artist names in the industry. Recognized for his work with the country genre, he has released thirteen studio albums and thirty nine singles throughout his professional career. To date, his most successful album is that of Some Gave All, his 1992 debut which has since received 9x Platinum Certification from the RIAA. Having won over millions of fans with his music, it’s no surprise that Cyrus has received many awards over the years for his achievements. So far, he has won six Music City News Country Awards, two Billboard Video Conference Awards, two American Music Awards, a World music Award, and various others. In 1992, the star was also inducted into the Country Music Hall of Fame in Nashville, Tennessee.

While he’s a seasoned musician however, Cyrus is also heavily involved in both television and filmーsome may even consider him to be more of an actor than a singer in these recent years. He made his TV debut in the 1995 American sitcom, The Nanny playing the role of a cameo. From there, he also appeared on Diagnosis Murder (1997), The Love Boat: The Next Wave (1999), 18 Wheels of Justice (2000), Doc (2001), Sue Thomas: F.B. Eye (2002), the list goes on. A year after the new millennium, Cyrus also began starring on the big screen; perhaps his most infamous film credit is that of Hannah Montana: The Movie, in which he played a supporting part alongside his daughter Miley Cyrus.

So what has the musician turned actor been up to these days? What has he been working on as of late? What happened to Billy Ray Cyrus? Where is he now in 2018? 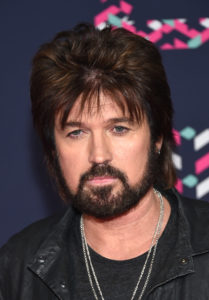 Born on August 25, 1961, in Flatwoods, Kentucky, William Ray Cyrus “Billy” is the son of Ruth Ann Casto and Ron Cyrus, the former of whom was a former politician. Raised in a small Kentucky town, the young boy got his first taste of singing in the local church choir, which was led by his father; his mother also often played bluegrass tunes on the piano for her son from time to time during his early years. When Cyrus was only five years old however, his parents divorced; him and his older brother eventually remained to live with their mother in his hometown of Flatwoods.

During his childhood, Cyrus was often described as awkward and quiet. Coming out of his shell in his teen years, he eventually took up football and baseball, both of which he excelled at; he later also joined the respective high school teams at Russell High School, where he was a student. Around that time, he also ventured into weight-lifting as a sport, an activity which he still engages in to this day. Following his high school graduation, Cyrus went to Georgetown College in his native state of Kentucky, however he ultimately dropped out after a year; he had been inspired to become a musician after attending a Neil Diamond Concert. Chasing his newly established dream, he set off to form a band known as the Sly Dog in the 80’s. Soon after that, he signed a recording contract with Mercury Nashville Records and began his new career as a solo music artist. 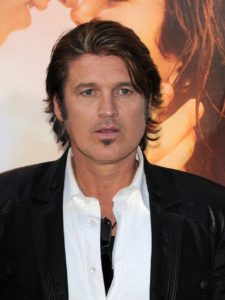 In May 1992, Cyrus released his debut album entitled, Some Gave All. a crowd-pleaser, it peaked at number one on the Billboard 200 and Top Country Albums Chart; it also topped the charts in Canada and Australia. A win for the budding artist, its ten song track-list later gave rise to four singles. Of them, Achy Breaky Heart became the most successful, having reached number one in four separate charts; the Platinum certified hit eventually became the best-performing single of the year in 1992. According to Soundscan, Some Gave All is the only album ever from across all genres to ever have remained at number one for a total of seventeen weeks. Considering the mainstream attention that the album garnered upon its release, its without saying that it did its part in kickstarting Cyrus’ music career. To date, it has sold over 4.8 million copies and has been certified 9x Platinum in the US.

A follow up to his first, he released his second studio album, It Won’t Be the Last in the early summer of 1993. Created in collaboration with Jim Cotton and Joe Scaife, the album flaunted eleven country tracks including In the Heart of a Woman, Somebody New, Words by Heart and Talk Some, which were later released as singles. Although it was not particularly favoured by critics, It Won’t Be the Last charted at number three on the Billboard 200, and like his debut effortーalso peaked at number one on the Top Country Albums Chart. The album also fared well in Canada, where it reached number eleven and number one on the Canadian Albums and Top Country Albums Charts respectively. His second RIAA certified record, it remains to be his second best-selling album to present.

Having always been recording at the studio, Cyrus released his third full-length album entitled, Storm in the Heartland in November 1994. Although it was met with generally mixed reviews, many critics considered to be an improvement over his second album by critics; it was given a mediocre three star rating from Allmusic. Peaking at number eleven on the US Top Country Albums Chart and at number seventy-three on the Billboard 200 Chart, Storm in the Heartland consisted of fourteen tracksーone of which (e.g. Redneck Heaven) featured Danny Shirley and Mark Collie in the vocals. Eventually producing a small handful of singles, the album itself sold approximately 500,000 copies and has since received Gold accreditation from the RIAA for the achievement.

The artist’s fourth studio album was made available in stores in January 1996. Produced in part by the country singer himself, Trail of Tears as it was called, entered the US Billboard 200 Chart at number 125 and at number twenty on the Top Country Albums Chartーa significant fall compared to his earlier music efforts. Despite its less than ideal amount of sales however, it has been described by critics from Allmusic to be “the most personal and most accomplished album” of the artist. The “B” rated album saw eleven songs in its track list including a cover of Harper Valley PTA, by Jeannie C. Trail of Tears was Cyrus’ first full-length album to not receive RIAA certification. 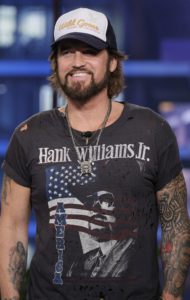 After one last album release at the end of the 90’s, Cyrus released Southern Rain in October 2000. His first and last record with Monument Records, it was described as a “sturdy collection of average country songs” by critics, whom gave the album favourably average reviews. Although the album did not measure up to his sensational hits from the 90’s, it did peak at number thirteen on the Top Country Albums Chart and at number 102 on the Billboard 200; in Canada, it peaked at number twenty four. Southern Rain later went on to spawn five singles, including You Won’t Be Lonely Now which reached number seventeen on the Hot Country Songs Chart.

Over the rest of the 2000’s, the country artist continued to release several albumsーTime Flies (2003), The Other Side (2003), Wanna Be Your Joe (2006), Home At Last (2007) and Back to Tennessee (2009). Perhaps worth nothing is his eighth studio album, The Other Side which also happened to be his first gospel and Christian album; it climbed up to number eighteen on the US Country Albums Chart and to number five on the Top Christian Albums Chart.

In June 2011, Cyrus released his twelfth studio album, I’m American. Distributed under the Buena Vista label, it stood apart from the singer’s previous albums as it contained mostly patriotic pieces. Amongst its track list was also a re-recording of his debut hit, Some Gave All, which featured other fellow country artists such as Craig Morgan, Jamey Johnson and Darryl Worley in its vocals. Positively reviewed by contemporary critics, I’m American settled at number twenty four on the Top Country Albums Chart and at number 153 on the Billboard 200. It later produced two singlesーNineteen and Runaway Lights. 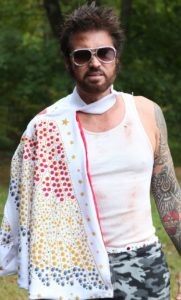 This September, Cyrus released his first studio album in four yearsーThin Line. His second record with his own Blue Cadillac Music label, it boasted fifteen songs, most of which were collaborations with other artists such as Shelby Lynne, Joe Perry, Shooter Jennings and Kenley Shea Holm, to name a few. Thin Line spawned two singles, Hey Elvis and Thin Line in June and August of this year respectively and peaked at number forty nine on the US Country Chart.

While he hasn’t given up on his music career just yet, it’s fair to say that he’s also been spending much time on television. In fact, he just landed a starring role in the new American comedy series, Still the King, which began to air on the CMT Network on June 12, 2016. As a co-creator of the show, Cyrus plays the lead part of Vernon Brownmule, a “scandal-written, washed-up” singer who was “kicked out of country music”ー the series then goes on to tell the story of his return close to twenty years later. Other members of the cast list include Joey Lauren Adams, Madison Iseman, Lacey Chabert, Leslie David Baker and Kevin Farley. The first season of the series ended on August 14, 2016 after a run of thirteen episodes; a second season has since been ordered by CMT in July 2016.

A fan of Billy Ray Cyrus? Want to stay up-to-date with all his news? Why not follow the star himself on social mediaーyou can find him active on Twitter (@billyraycyrus) as well as on Instagram (@billyraycyrus). Be sure to also check out his official website (billyraycyrus.com) and Facebook page as well!