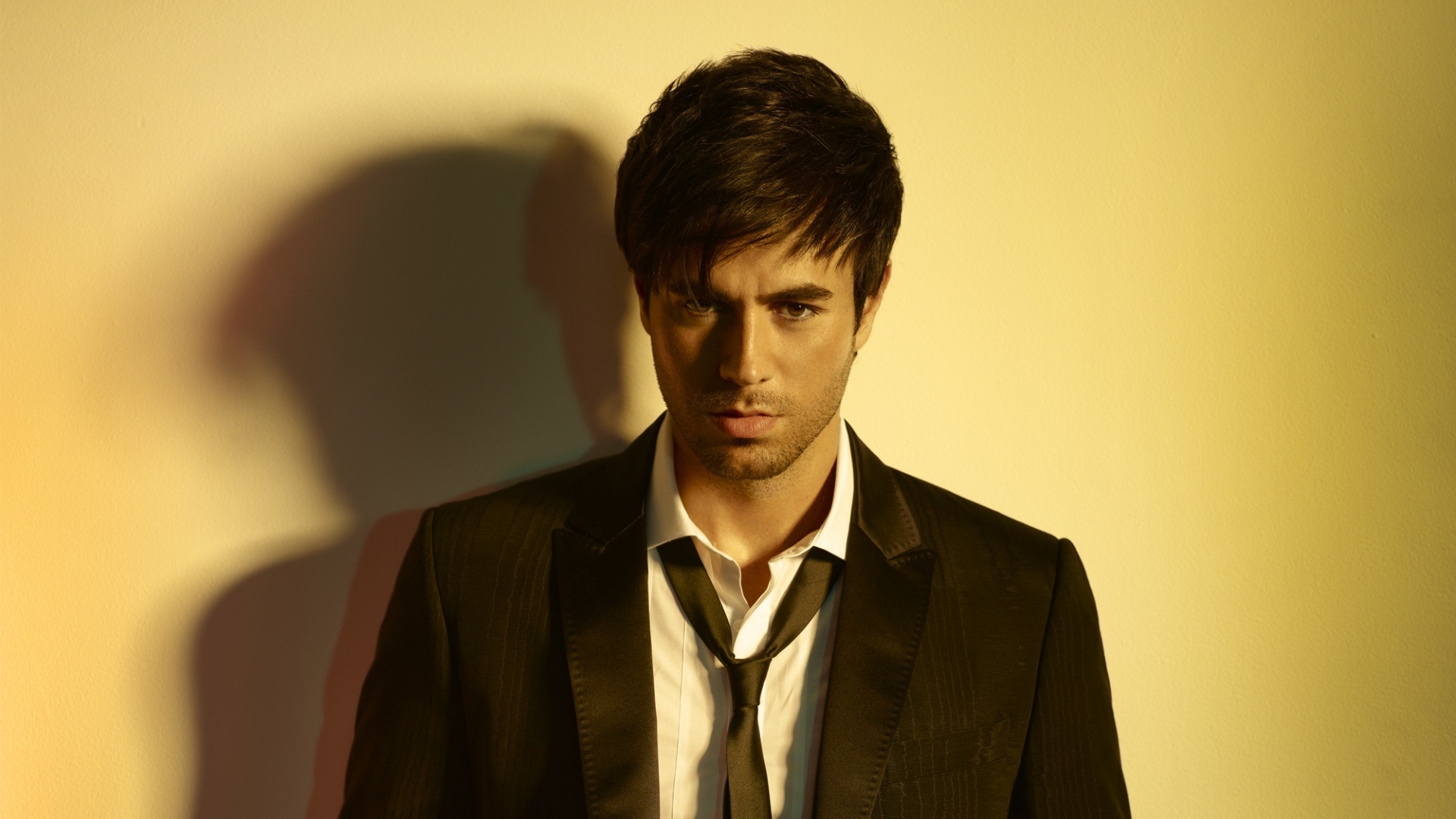 Enrique Iglesias is one of the biggest names in the realm of Latin pop nowadays. Virtually everyone is familiar with his infectious dance tunes and romantic melodies, whether it may be in Spanish or English. He’s sold more than a million albums worldwide, and awarded with more than 200 accolades plus 500 nominations. Iglesias also broke records through his 27 chart-topping singles on the Hot Latin Tracks of Billboard.

Ever since the release of Sex and Love in 2014, there’s been nothing about a new album from Iglesias. If you’re wondering what he is up to now this year and if there’s something to look forward to from the King of Latin Pop, then read on and find out more about Enrique Iglesias. 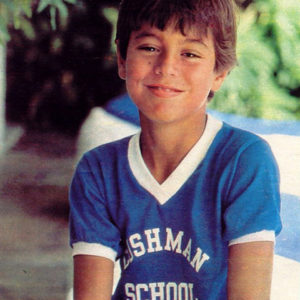 Enrique Miguel Iglesias Preysler was born on May 08, 1975, in Madrid, Spain. His parents were Filipina journalist Maria Isabel Preysler and Spanish singer Julio Jose Iglesias, and Iglesias is the youngest of three children. Iglesias moved to Miami in 1986 with his father and brother Julio Jose Jr. after his grandfather was kidnapped by the separatist group Euskadi Ta Askatasuna, and after the divorce of his folks.

Iglesias eventually learned how to speak English and attended the University of Miami with a business degree in mind. Iglesias’ first taste of exposure was during high school in the musical Hello Dolly!, and he collaborated with some of his friends as they wrote songs and performed in restaurants. Back then he never thought of securing any deal or seeking any form of popularity, Iglesias only wanted his singing as a hobby and nothing more.

Later on Iglesias realized that a career in music proved to be a very bright path to the future. He first borrowed cash from his nanny which he used to record a cassette containing English and Spanish songs. Iglesias used the pseudonym “Enrique Martinez” because he didn’t want people to think that he’s just riding on his father’s popularity. With the help of Fernan Martinez, a publicist who used to work for his father, Iglesias sent out his demo tapes to various labels but found no success.

Eventually his efforts paid off when Fonovisa Records contacted him for a record deal. Iglesias dropped out of college after two semesters and he only told his parents about this when he was already halfway through recording in Toronto. In 1995 his eponymous debut album was released and it proved to be a massive success. Enrique Iglesias peaked Latin charts, was certified Gold, and earned Iglesias multiple accolades from the American Music Awards and the Grammys. It was quite a feat for an album packed with songs not in English.

1997 saw the release of Iglesias’ second album Vivir which again enjoyed millions of sales and critical praise. He had his first ever tour which spanned 16 countries with all venues sold out. The following year Iglesias released Cosas del Amor, his third studio album, and was nominated for a “Best Latin Pop Performance” award in the Grammys. Unfortunately his own father beat Iglesias to the accolade. He did get the “Favorite Latin Artist” award in the American Music Awards. 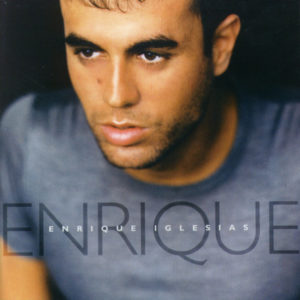 His single “Bailamos” was included in the soundtrack of the 1999 comedy Wild Wild West. This propelled Iglesias’ popularity and attracted labels like bees to a honeypot. Interscope was the chosen label by Iglesias and he released his first English album Enrique before the year ended. Among its singles is “Could I Have This Kiss Forever” which is a duet between Iglesias and Whitney Houston.

Escape was Iglesias’ second English album which hit the shelves in 2001. It contained hits like “Escape” and the immensely-popular “Hero”. The album was certified Diamond for having sales amounting to ten million copies around the globe. Iglesias went back to his roots by releasing another Spanish language album titled Quizas in 2002. It showcased better production compared to its predecessors and included chart-topping singles. Iglesias then released his next English album 7 the next year, with hit singles “Addicted” and “Not in Love”, but failed to replicate the success of Escape. 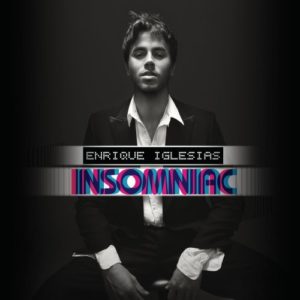 Iglesias disappeared from the music scene for four years. Speculations were rampant regarding the singer’s whereabouts; some even thought that the break was due to his marriage with Anna Kournikova. In 2007 Iglesias retured to the spotlight with a new album titled Insomniac. The album featured flavors of R&B and hip hop, with well-received singles like “Push” and “Somebody’s Me”. He then clarified that the reason for the long break was because of the time he devoted in working on this new album. Out of the 50 songs that he penned for Insomniac, only 12 were deemed to be strong enough to be included in the album.

It was followed by Euphoria in 2010 which is now under Universal Republic Records and was Iglesias’ debut bilingual album. Most of its singles were collaborations with other artists like Nicole Scherzinger in “Heartbeat”, Usher in “Dirty Dancer”, and Juan Luis Guerra in “Cuando Me Enamoro”. Despite the lukewarm critical reception Euphoria won four awards and was certified platinum.

In 2013 Iglesias urged fans to make donations to the American Red Cross in support of the survivors of Typhoon Haiyan that devastated many provinces in the Philippines.

His final English album was 2014’s Sex and Love, again with numerous collaborations. Iglesias embarked on the Sex and Love World Tour to support the album which started in September 2014.

Let’s see what Enrique Iglesias is doing in 2016. 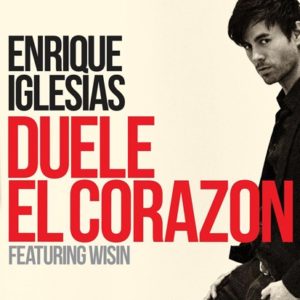 However the King of Latin Pop has yet to make an announcement regarding a new album.

He has been recently spotted with longtime girlfriend Anna Kournikova on a picture posted by the tennis player on Twitter. They were also seen in Beverly Hills, California after eating at The Palm Restaurant. The two have been dating since 2001 and reconciled after a split last October 2013.

Last June he performed at the KTUphoria with boyband Backstreet Boys and a host of other performers. He is still currently on the Sex and Love World Tour which is slated to run until September 17, 2016. The final show will be held at The Colosseum at Caesar’s Palace in Las Vegas.

Iglesias is part of the iHeart Radio Fiesta Latina which will be held on November 5 at the AmericanAirlines Arena.