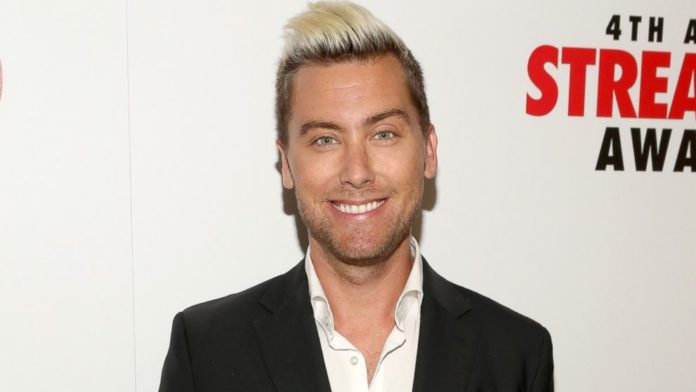 Lance Bass was one of the members of the highly-popular boyband NSYNC. After their separation Bass embarked on a solo career that focused mostly on acting, hosting, and managing his own production companies.

You might be wondering what Bass is up to in 2016 or where is he now. Before we check out the latest regarding Bass, let’s first revisit his journey filled with dreams and success. 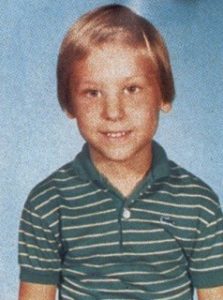 Born in Laurel, Mississippi, on May 04, 1979, James Lance Bass grew up to a happy childhood in a devout Christian family. At an early age Bass developed a fascination with space which led his father to bring him to Cape Canaveral, Florida, to watch the launching of a space shuttle. At 12 years of age Bass went to Titusville to attend a space camp where he and the other attendees simulated missions and used replicas of devices used by astronauts. This experience inspired Bass to seek a career path that leads to the stars.

However fate had something else in store for Bass. His entire family had to relocate to Clinton as his father, being a medical technician, was assigned to a hospital there. Bass joined the local church choir and it didn’t take long for him to be captivated by singing. He joined several music groups and seized every chance to flex his vocal muscles.

The opportunity of a lifetime came in 1995 when Justin Timberlake contacted Bass and offered him a chance to audition for the budding boy band NSYNC in Orlando, Florida. Bass successfully got in and became the band’s bassist with the nickname “Lansten”. He dropped out of school and relocated to Orlando so he could focus on the band. As Bass had two left feet he was extensively trained until he could easily follow the choreography.

In 1996 NSYNC released their first single “I Want You Back” in Germany, and in the United States two years later. The single earned the group a “Best New Dance Clip” award from Billboard. Their eponymous debut album hit European shelves in 1997 and proved to be a success. However the album’s release in the United States in 1998 was stunted with poor sales, and it was only boosted thanks to a Disney Channel concert, television appearances, and extensive touring. Before the year ended NSYNC released a hit album for the Yuletide season titled Home for Christmas.

The boys welcomed the new millennium with the second album No Strings Attached which contained their most popular single “Bye Bye Bye”. The single alone raked in multiple awards and nominations while the album took home four accolades and critical acclaim. No Strings Attached managed to sell two million copies during its first week, a feat that earned the band a record which was only beaten in 2015 by Adele in her album 25. Their supporting No Strings Attached Tour was equally successful with $70 million worth of sales.

2001 saw the release of the band’s third album Celebrity which was met with praise yet did not reach the staggering number of sales of No Strings Attached. The Celebrity Tour in 2002 made $33 million but was given mixed reviews. During this year the band announced that they were going on a break but Bass already saw that NSYNC was on its last legs. The following years only saw NSYNC release compilation albums until they quietly faded in the shadows as the boys went on their separate ways.

Bass was already venturing into the realm of acting while NSYNC was still in its glory days. His debut was in the 2000 television drama 7th Heaven where he appeared in the 13th episode of its fourth season. His film debut came the following year in the romcom On the Line alongside bandmate Joey Fatone. The film featured unreleased NSYNC singles on its soundtrack and cameos of several famous entertainers.  Unfortunately critics were not pleased with the film and with Bass’ performance, and the movie also failed to earn back its budget of $16 million. 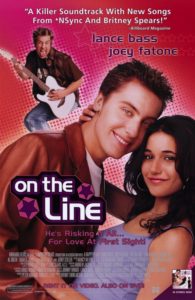 On the Line was produced by Bass’ own film company A Happy Place which he founded in 2001. Despite the failure of its first film the company was given the “Excellence in Family-Oriented Programming” award by the website Movieguide. Later on he founded another production company named Lance Bass Productions.

Bass founded talent management company Free Lance Entertainment in 2000 in collaboration with Mercury Records. The company scouted for talent to develop, particularly those in pop and country genres. Meredith Edwards is the first country singer to be managed by the company but, after her debut album’s abysmal commercial performance, Free Lance Entertainment shut its doors permanently.

Throughout the 2000s Bass made appearances in numerous comedy flicks. He lent his voice on animated shows like Kim Possible and Gravity Falls, and in the video game Kingdom Hearts as Sephiroth. His longest voice over work was in the children’s show Handy Manny as Elliot which spanned seven episodes.

Bass revisited his childhood dream in 2002 by visiting Star City, Russia where he signed up for zero-gravity training.  Unfortunately his quest for the stars was snuffed when he failed to pay $20 million for the crew fare. Despite that Bass still yearns for the day when he will finally fly to the cosmos, and as for now he supports advocacies that promote space exploration.

Bass participated in the seventh season of Dancing with the Stars in 2008. He teamed up with professional dancer Lacey Mae Schwimmer and the pair tore through the weeks with impressive scores. Bass and Schwimmer ended up on the third place in the season finale.

In 2012 Bass had his own talk show named The Pop Ten on Sirius XM. In this program Bass invited guests to talk about interesting topics and he also featured a music countdown. He also hosted Dirty Pop with Lance Bass on the station OutQ.

The next year he launched the now-defunct website FamousYardSale.com where celebrities can post and sell stuff that they no longer use. Bass originally planned a reality show based on the website and even announced it on TV but sadly the idea did not come to fruition.

Bass tried his hands with directing in 2013. He teamed up with Mark Taylor in co-directing the short Tale of Two Dads. He also served as a producer in the documentaries Kidnapped for Christ and Mississippi I Am, and as executive producer in his very own Lance Loves Michael: The Lance Bass Wedding in 2014. The latter was a huge moment as it was the first ever televised gay wedding in the history of television.

In 2014 Bass returned to music with the release of a single titled “Walking on Air” in collaboration with singer Bella Blue, Snoop Dogg, and songwriter Anise K.

Let’s check out what Lance Bass is doing now this year. 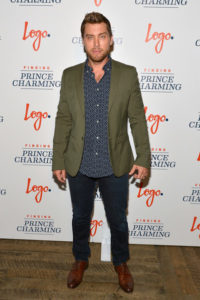 Bass was one of the panelists in the talk show The Meredith Vieira Show up to its final episode last May 25. He’s currently hosting the gay dating reality show Finding Prince Charming. Bass also narrated the documentary Small Town Rage which premiered last September 10 during the North Louisiana Gay and Lesbian Film Festival.

Bass and mommy Diane are set to compete in the upcoming cooking show My Kitchen Rules. The show will premiere on FOX next year.

During the August 29 podcast of Allegedly with Theo Von & Matthew Cole Weiss Bass revealed that he and husband Michael Turchin are now preparing to have children around next year. Bass has estimated that it may cost them $50 grand for each child with the help of a company that sets up couples with surrogates.

The boys of NSYNC had a reunion on August 09 to celebrate the 40th birthday of JC Chasez, but of course no mention about a new album or even a new single. So I guess it’s really “Bye Bye Bye” to whatever hope we have for new music from the boys.