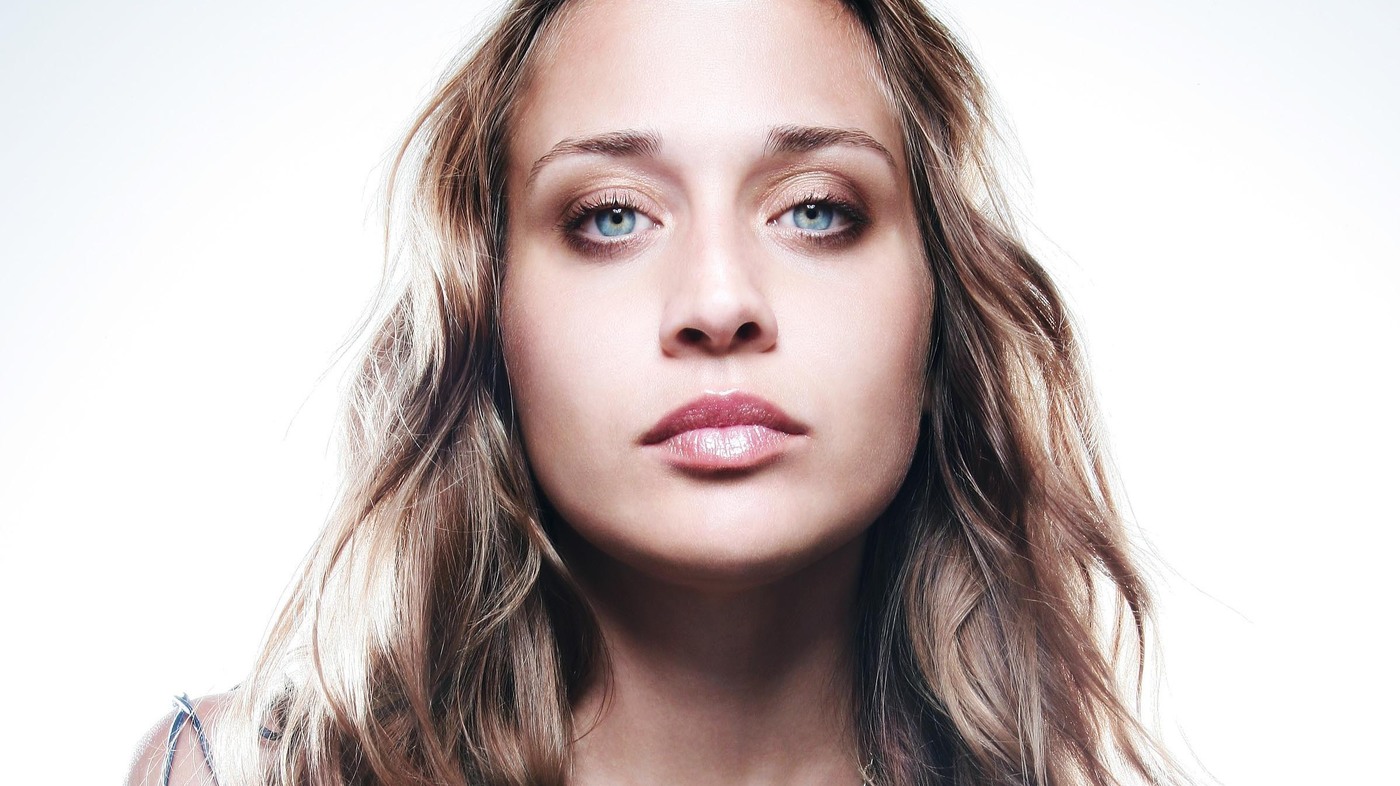 Fiona Apple is an American singer-songwriter who has captured many fans with her husky vocals and inventive piano music. Having played the piano ever since a young age, Fiona began writing and composing her own music when she was only eight years old. An aspiring performer, she released her first studio album entitled, Tidal at the age of nineteen in 1997ーshe would later receive a prestigious Grammy Award for “Best Female Rock Vocal Performance” for her single, Criminal. Since then, she has embarked on a number of tours and has recorded a number of albums including When the Pawn (1999), Extraordinary Machine (2005), iTunes Originals (2006), The Idle Wheel (2012) and more recently, a collaboration album entitled, Watkins Family Hour (2015).

Throughout her professional singing career, Fiona has won countless awards including two MTV Video Music Awards, a California Music Award, an Esky Music Award, a VH1 Fashion Award as well as a Grammy Award. In addition, she has also garnered many nominations over the years including seven for the Grammy Award, three for the Billboard Music Award, two for the California Music Award as well as one for a MTV Video Music Award. Fiona was also voted to be the “Best Female Performer” in the Reader’s Poll magazine in 1998; her debut album, Tidal would also be included in Entertainment Weekly’s list of “100 Best Albums from 1983 to 2008” in 2007. Following her hiatus during the early 2000’s, Fiona was also ranked number one for “Most Welcome Back” in the 2005 Rolling Stone Reader’s poll.

Besides the recording of her albums, the music artist has also made numerous appearances on television including a series of her own video shorts during the late 90’s and early 2000’s. No stranger to talk show’s, Fiona has been invited onto a multitude of talk-shows throughout her career including Howard Stern (1997), The Rosie O’Donnell Show (1999), Saturday Night Live (2000), Late Show with David Letterman (2005), The Tonight Show with Jay Leno (2006), The Late Late Show with Craig Ferguson (2006) and Late Night with Conan O’Brien (2006), amongst a handful of others. More recently 2014, she has also made a guest appearance on the comedy short, H-Man.

But what has the talented singer-songerwriter been up to since then? What projects have she been taking on? What happened to Fiona Apple? Where is she now in 2018? 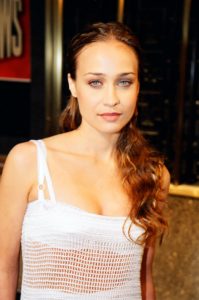 Born in New York City, U.S., on September 13, 1977, Fiona Apple McAfee Maggart is the daughter of Brandon Maggart, an actor and Diane McAfee, who had been a singer; her parents had met each other on the set of the Broadway musical production, Applause. She has an older sister named Maude, who currently also works as a professional singer and a half-brother named Garett Maggart, who is an actor. Growing up in a housing complex known as the Morningside Gardens located in Manhattan, Fiona spent much her childhood with her mother and sister and would only spend the summer season with her father who lived in Los Angeles.

Having learnt how to play the piano ever since she was a little girl, Fiona was known to have often translated guitar tablature from sheet music. By the time she was eight years old, she had began to write and compose her very own songs. Carrying on with her passion over the years, she would eventually go on to play the piano along with a number of jazz standard compositions.

Tragically when Fiona was twelve years old, she fell victim to a rape outside their family apartment. Following the incident, the young teen developed an eating disorderーone in which she found herself refusing food in order to prevent the filling of her developing body. In the wake of the event, the pre-adolescent would also find herself turning to music writing as an outlet. While Fiona has remained quiet about the episode for many years, she would ultimately find the courage to talk about the subject in her later  career. 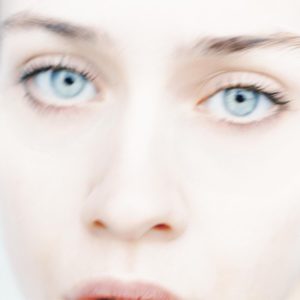 When Fiona was seventeen, she’d given a demo tape containing some of her songs to a friend, who had actually been the babysitter for music publicist, Kathyn Schenkerーlittle did she know at the time, that this would kickstart her professional career as a musician. Having been given the tape, Schenker later passed it along to Andy Slater, the executive director of Sony Music; impressed by her vocal abilities, he would go on to offer the young aspiring singer, her first record deal.

After a couple years of working on her music, Fiona released her debut studio album entitled, Tidal in July 1996. Consisting of the singles, “Slow Like Honey,” “Shadowboxer,” “The First Taste,” “Criminal,” “Never is a Promise” and “Sleep to Dream,” the album soon became a huge success upon its release, having eventually peaked at the number two spot on the U.S. Billboard Top Heatseekers Chart and fifteenth on the U.S. Billboard 200 chart. The album’s single “Criminal” would also go on to become one of the most popular songs at the timeーwinning the young artist a Grammy Award in 1998 for “Best Female Rock Vocal Performance.” Tidal has since been triple platinum certified by the RIAA.

Fiona’s second studio album would be released in 1997. Known by its shortened title, When the Pawn…, the title of the record had actually been a poemーone of which she’d written while on tour after having read some of the negative comments written about her by readers. Released on November 9, 1999 under Epic Records, the album featured ten tracks, all of which had been written by the music artist herself. A critical success, When the Pawn eventually topped the U.S. Billboard Top Internet Albums Chart and ranked number thirteen on the U.S. Billboard 200 chart. After having received glowing reviews from critics, it would go on to garner Fiona a Grammy Award nomination for “Best Alternative Music Album.” With over one million copies sold in the U.S., it was later certified platinum by the RIAA. A year after it’s release, the album was also named by Slant Magazine to be “the 79th best album of the 90’s.” 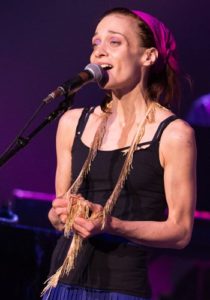 Following a prolonged six year hiatus, the singer-songwriter returned to the music scene with her third studio album, Extraordinary Machine. Although recording for the project first began in 2002, the album would ultimately not be released until October 2005, after a series of unexplained delays. Prior to the official release date, several of the singles were also leaked onto the internet much to the artist’s dismay; this lead to much confusion at the time as to the album’s status. After an official statement by Epic Records, it was determined that Fiona had in fact, been still working on the record; the release of the record would then be supported by a week-long mailing campaign by dedicated fans.

Eventually released on October 4, 2005, Extraordinary Machine would once again be another huge hit for Fiona, having peaked at the number one spot on the U.S. Billboard Top Digital Albums Chart and third on the U.S. Billboard Top Internet albums Chart. Despite its initial delays, the album would continue on to become on of the music artist’s best works, with over 600,000 copies sold in the United Statesーit would also later ben certified gold by the RIAA. Critically acclaimed, Extraordinary Machine was listed by the Rolling Stone Magazine to be the “49th best album of the 2000s.”

In 2010, rumours began to spread following an article published on Billboard, which stated that the artist had reportedly been working on an upcoming album, which was to be released in Spring 2011. However despite the claims, no record was released; Epic Records would later confirm the fact that the artist had no album in works at the time. Two years after the misinformation,

Fiona released her fourth studio album entitled, The Idler Wheel on June 19, 2012. Similar to one of her previous works, the album title had actually been a shortened version of the full title, which had also been a poem written by the singer herself. Upon its release, it debuted at the number three spot on the Billboard 200 chartーthe highest since the beginning of her professional career. Having sold over 72,000 units during the first week, it would later earn the title of being “The Best Album of 2012” by Time Magazine.

In addition, The Idler Wheel would also garner Fiona a Grammy Award nomination for “Best Alternative Album” in 2013. In support of her new album, Fiona announced that she’d be embarking on a small tour in the springーduring which she would be traveling to perform at various venues across North America and Latin America. However due to the declining health of her dog at the time, she later cancelled the South America tour after having posted a handwritten apology letter to her fans on her Facebook account. 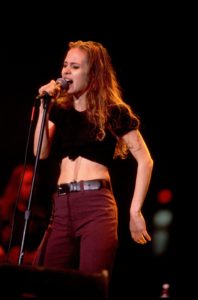 While she hasn’t released any new albums since The Idler Wheel back in 2012, Fiona has recently collaborated with America singer, Andrew Bird on the duet, Left Handed Kisses. Released as part of Bird’s LP entitled, Are You Serious, the song explores one’s difficulty in being able to write a traditional love song. In the minimalistic music video directed by Philip Andelman, the two musicians are seen sitting facing each other in a somewhat, empty room. Throughout the video, Bird can seen singing, strumming along on his acoustic guitar while Fiona continues to sing her part of the vocals, while picking the pedals off a flower.

An anticipated collaboration, the music video has been viewed over 1.2 million times online since it was first uploaded in early March. Besides having been involved in the recording and MV itself, Fiona has also stepped up onto the stage alongside Bird to perform the duet at a concert, held at the Historic Theatre in The Ace Hotel in Los Angeles this May.

In other news, Fiona’s debut album, Tidal has just celebrated it’s 20th anniversary this past July, which has in turn drawn much attention to her hit 1996 single, Criminal. While many years have passed since its release twenty years agoーit would appear that many of the singer’s fans haven’t come close to forgetting about it. One fan in particular, Lane Mooreーan American stand-up comedian and founder of the rock band, It Was Romance, took it upon herself to pay homage to the original Criminal music video by directing her own reboot of the MV. Created as a shot-for-shot remake of Fiona’s MV from the 90s, the video has since been used for her band’s new song, Hooking Up with Girls.

While Fiona herself doesn’t seem to have a presence on social media (yet), she does have an official Facebook page which you can follow over at @fionaapple. Or if you’d prefer, you can also check out her official website at fiona-apple.com for some of the singer’s latest news.