What Happened to Florence Henderson-News & Updates 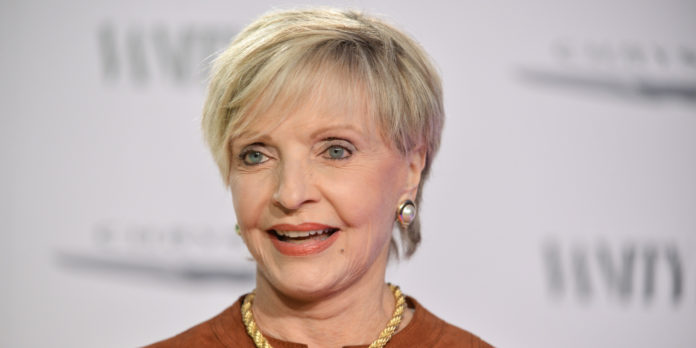 Florence Henderson is an American actress who is best known for her portrayal of Carol Brady in the sitcom, The Brady Bunch during the late 60’s and early 70’s. Recognized for her vocals at a young age, Henderson spent many years of her childhood singing. Eventually developing an interest an acting, she put her town passions together and began performing various musicals during the 1950’sーshe made her debut in the musical, Fanny in 1954. It wasn’t long until she landed a role in the television film, General Foods 25th Anniversary Show: A Salute to Rodgers and Hammerstein later that same year. Over the next years, she continued to star in multiple films and TV shows; however it wasn’t until she was offered the role of Carol Brady in the ABC series, The Brady Bunch that she received mainstream attention.

With a six decade-long career under her belt, Henderson has received many awards and nominations as a performer. In 2007, she won a TV Land Award, which was shared with the rest of the cast of The Brady Bunch; she is also the recipient of two Gracie Awards, which were given to her in 2008 and 2012. A CableACE Award nominee, Henderson was also honoured with a star on the Hollywood Walk of Fame back in 1996. More recently this summer, she was also given the Julie Harris Award of Artistic Achievement at the Actors Fund’s 20th Anniversary event. In addition to her achievements in the show business, Henderson is also known for her generosity; to date, she has helped to raise millions of dollars for a variety of different charitable organizations.

A prominent figure on television, Henderson is no stranger to talk shows; she has appeared as a guest in countless TV series throughout the years. Since standing behind the cameras for the 1954 variety show, Coke Time, the actress has been invited on to The Jack Paar Tonight Show (1961), The Joey Bishop Show (1969), The Ed Sullivan Show (1970), The Merv Griffin Show (1972), The Tonight Show Starring Johnny Carson and The Mike Douglas Show (1978), to name a few. On top of that, Henderson has also taken part in a number of documentaries such as Pioneers of Television (2014), Marie (2012), American Masters (2007) and TV Land: Myths and Legends (2007). Back in 2011, she even starred in a few episodes of the popular game show, Who Wants to Be a Millionaire!

But what has the renowned celebrity actress been up to since then? Has she retired from performing altogether now that she has celebrated her 82nd birthday? What happened to Florence Henderson? Where is she now in 2018? 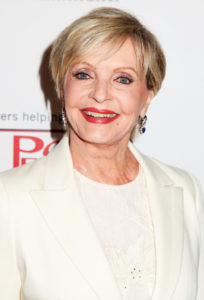 Born on February 14, 1934, in Dale, Indiana, Florence Agnes Henderson is the daughter of Joseph Henderson, a worker for a tobacco company and Elizabeth, a homemaker; she is of Irish descent. Growing up during the Great Depression alongside her nine brothers and sisters, Henderson was first taught to sing by her mother when she was only two years oldーshe soon picked up over fifty songs! Helping her parents with work, she tended to her father’s fields as a young girl. However with the eventual fall of the economy, her family found it increasingly difficult to put food on the table. Doing her part, Henderson began to sing and perform at a local shop in the city; she would use the earned funds from the performances to help buy groceries for the week.

It didn’t take long for her to realize that performing was something that she wanted to pursue after growing up. At the age of seventeen, Henderson graduated from St. Francis Academy, a school located in the Kentucky city of Owensboro. Soon after, she relocated to New York City; she would later recall being awed by the vast difference between her new city and her hometown. After settling in, she enrolled at the American Academy of Dramatic Arts, with financial help from some of parents of her school friends.

It was during that time that she went to an audition for a Broadway production called, Wish You Were Here. Although she was initially considered for the part, the role ultimately went to another girl who possessed a New York accent, as it was preferred for the character. However despite missing the lead part, Henderson eventually caught the attention of Richard Rodgers, who impressed by her talents, offered her a leading role in Oklahama!. The role ultimately brought the aspiring performer much national attention and helped to kick start her show biz career. 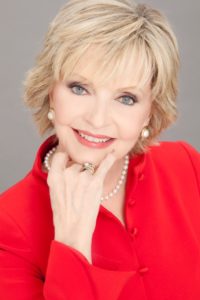 Not long afterwards, Henderson was cast in the musical Broadway, Fanny; the actress was only twenty at the time. Soon offered more television roles, she found herself guest starring in a number of shows such as Coke Time (1954) and I Spy (1955). Some of the other series which she appeared in around that period include The U.S. Steel Hour (1957-1958), Little Women (1958), Oldsmobile Music Theatre (1959) and The Bell Telephone Hour (1959). Starting from 1958, Henderson also became a regular guest on the American talk show, Tonight Starring Jack Paar; she appeared in multiple episodes until its end in 1962.

However while her appearances on the small screen at the time helped to garner her media attention, it wasn’t until 1969 that she received a breakthrough in her career when she was cast as a leading role in the ABC sitcom, The Brady Bunch. First premiered on the American network in September 1969, the show revolved around a large familyーwhich united for the first time after the marriage of two widowers brought them together. Although the show didn’t achieve stellar ratings during its run, it attracted a large audience base and eventually became syndicated in the US.

In the show, Henderson played the role of Carol Brady, the wife and mother of the Brady family; other starring actors in The Brady Bunch include Robert Reed, Ann B. Davis, Barry Williams, Maureen McCormick, Christopher Knight and Eve Plumb. Considered to be one of the most popular sitcoms of the 70’s, an episode of the show’s third season was ranked number thirty-seven on TV Guide’s list of “100 Greatest Episodes of All-time.” The first major leading role for Henderson, her time on the series ultimately helped her to reach celebrity status in the show biz world. 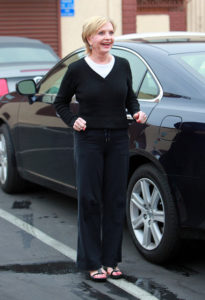 In 1970, Henderson made her film debut in the movie, Song of Norwayーbefore then, she had only appeared on television, never on the big screen. Written and directed by Andrew L. Stone, the film was an newer adaption of the 1944 operetta of the same name. Starring Toralv Maurstad opposite of the actress, Song of Norway told the story of music composer, Edvard Grieg who finds himself facing many struggles as he attempts to develop a national Norwegian music piece. Considered by many to be an attempt at capitalizing the success from the earlier musical hit, The Sound of Music, it ultimately did not fare ideally at the box office. However despite that, Song of Norway was a hit in various other areasーfor example in Britain, it was the most popular film of that year, in terms of reserved ticket sales.

During the mid 70’s, the actress continued to make a handful of appearances on various television shows; for instance, she had minor roles in The Love Boat (1976) and The Muppet Show (1976). Following in the success of The Brady Bunch, she eventually reprised her role as Carol Ann Bradley in the spinoff of the original, The Brady Bunch Hour. First aired on the ABC channel in the winter of 1976, the show stars the original cast as they gather together to perform various songs and skits. The Brady Bunch Hour went on for nine episodes, before ending in May of 1977.

Carrying on with her acting into the 1980’s, Henderson eventually played the role of Annabelle Folker in the American series, The Love Boat. Aired on the ABC Network, the show revolved around the captain and crew of a boat and its group of passengersーwho were played by several different guest actors and actresses. Henderson made her appearance in the fifth episode of the fifth season, which aired on October 31, 1981.

For the next few years, Henderson would land a few roles here and there on the small screen but nothing on the same scale as The Brady Bunch; mostly, she appeared in various cameo roles during that period. Towards the end of the 1980’s and early 1990’s, she reprised her role as Carol Ann Bradley once again, in the television spin-offs, A Very Brady Christmas and The Bradys. Starting form the late 90’s, Henderson began to host multiple TV shows including Our Generation and Short-cut Cooking.

Fast forward to 2010, the actress participated in the dancing competition series, Dancing with the Stars as a competitor. Some other game shows which she’s taken part in previously include Who Wants to Be a Millionaire and Weakest Link. 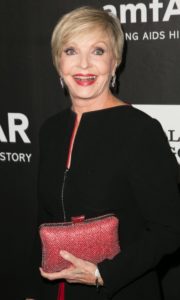 Keeping a busy schedule, the actress of The Brady Bunch fame has recently starred in a multitude of television series and films including Fifty Shades of Black, Sofia the First, K.C. Undercover, and The Eleventhーwhich has all since been released. Another project that Henderson is currently working on is the feature film, Grandmothers Murder Club. Directed by Srikant Chellappa, the dark comedy will tell the story of how a group of grandmothers accidentally find themselves killing a con artist. Originally founded as a kick starter project, the film will also star Pam Grier, Judge Reinhold, Randall Batinkoff, Tamitra Williford, amongst others in its list of cast members. Still in the post-production stages, Grandmothers Murder Club is tentatively set for a 2017 release.

About a week ago, it was announced that the 70’s television mom will be acting as the host for the Dana’s Angels Research Trust (DART) Event, which is set to take place in November 11, 2016 in Stamford. Founded by Andrea and Phil Marella, the organization was established to help fund medical research for the cure or treatment of the Niemann-Pick Type C diseaseーa rare genetic disorder that is characterized by the body’s inability to transport substances such as cholesterol and other fatty substances. For Henderson, the DART Gala holds a special place in her heart as she was very close to Dana and Andrew, the Marella’s children who were afflicted with the disease.

Unfortunately, the now 82 year old doesn’t use Twitter or Instagram so fans won’t be able to follow her on social mediaーhowever that doesn’t mean that you can’t visit her official Facebook page or website! Definitely give those two sites a visit if you’re looking for a place to read up on some of the most up-to-date news on the American celeb!