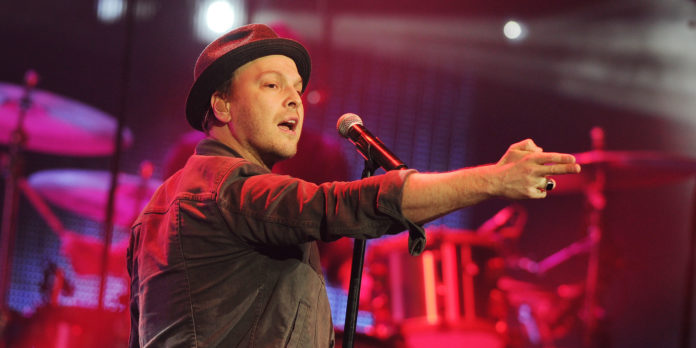 Gavin DeGraw is an American singer-songwriter who first rose to prominence when he released his hit single, I Don’t Want to Be in 2003. A natural musician, DeGraw took up piano when he was eight and soon developed an interest for singing after mastering the instrument. With his passion for music quickly engulfing a large part of his life, DeGraw eventually became a member of a local band, which performed at various clubs and hotels around the area. Upon receiving encouragement from his brother, he later began to write his own songs during his late teen years. After a few years of songwriting and a declined recording offer, DeGraw ultimately signed a contract with J Records. In 2003, the music artist released his debut album, Chariot.

Since his humble beginnings, the singer has released over half a dozen full-length albums and twenty singlesーmany of which have received certification from the RIAA. Having achieved a handful of top twenty records, DeGraw garnered much attention in the music industry with his works over the years. Without a doubt a talented musician, he has received a plentiful amount of award nominations throughout his decade long career. In 2004, he was nominated for a College Music Award for the category of “Best Male Rock Artist” as well as for a Mikie Award for “Male Artist of the Year and Song of the Year.” In addition, he has also been nominated for a Billboard Music Award, a Radio Music Award, a Teen Choice Award, a World Music Award as well as a Groovevolt Music and Fashion Award. More recently in 2014, he was also nominated for a prestigious Grmamy Award for his work on, We Both Know.

Largely known for his contributions to the One Tree Hill soundtrack, McGraw has also helped to provide the music for a variety of well-known television shows such as Scrubs (2004), Dead Like Me (2004), Boston Legal (2006), Cold Case (2007) and House (2008) to name a few. On top of his musical talents, the actor has also dabbled in acting, having made his debut as an actor in the 2004 musical drama, American Dreams; that same year, he also appeared as a street singer in the comedy series, Dead Like Me. A familiar face on the small screen, he has also been featured in a number of television talk shows such as Live! with Kelly (2009), Jimmy Kimmel Live (2012), The Tonight Show with Jay Leno (2013), Ellen: The Ellen Degeneres Show (2013) and Today (2014), amongst many others.

So what has the award-winning actor been up to nowadays? Is he still working on his music? What happened to Gavin DeGraw? Where is he now in 2018? 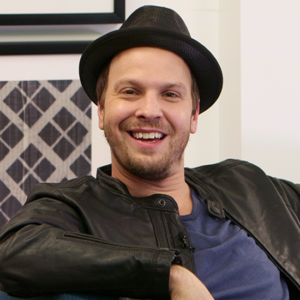 Born on February 4, 1977 in South Fallsburg, New York, Gavin Shane DeGraw is the son of Wayne, a prison warden and Lynne Degraw, a detox specialist. Degraw is the youngest out of three siblingsーhe has  an older brother named Joey and an older sister named Neeka; he is of Russian, Irish and Jewish descent. Raised in a family that often filled their home with melody, DeGraw had regarded music as an everyday part of life early on in his life. When he was eight years old in the 1980’s, he took up pianoーan activity which he thoroughly enjoyed; it wasn’t long until he developed a passion for singing. During his teen years, DeGraw had reportedly experienced an epiphany after discovering the music of musicians Sam Cooke and Ray Charles.

Wanting to develop his music hobby into something greater, he later joined a local group of musicians known as “The People’s Band”; other members of the band included his older brother Joey and Steven Levine as the vocalist. For a good few years, the band performed and played together in various clubs and venues around the New York village of Monticello. Noticing his brother’s knack for the tunes, Joey eventually encouraged DeGraw to write and compose his own songs. To further his musical education, the  aspiring musician enrolled at Ithaca College under a music scholarship; however he’d eventually drop out after a single semester after realizing that he’d spent more time writing songs in his dorm room rather than attending his classes. Soon after, he relocated to Boston, where he went to the Berklee College of Music; he studied there for two semesters while performing with a rock-band and various solo gigs in the evenings.

After his time at Berklee, DeGraw became uncertain about the musical career which he had so desperately been chasing after; during that period, he’d only ever achieved “small successes” such as “applauses from small audiences” but nothing major. Having moving to Manhattan, DeGraw eventually took part in an open-mic night at a restaurant located inside the Lucerne hotel; successfully dazzling the audience members with his tunes, words soon began to spread quickly about the newcomer to New York’s music community. Not long after making his name name known in the city, he garnered the attention of Randy Sabiston, an A&R director; enthralled by his singing, he offered DeGraw a recording contract. However wanting to spend the next few months developing and fine-tuning his skills as a performer and songwriter, he ultimately chose to decline his offer. It wasn’t until the early 2000’s, that he signed a music deal with J Records. 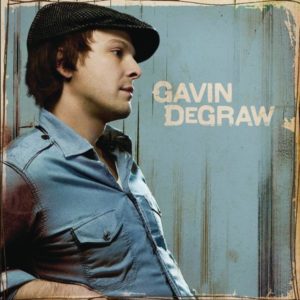 Following much time spent at the studio, DeGraw released his debut studio album entitled, Chariot in July 2003. Produced by Mark Endert, it featured eleven songs on its track list including Follow Throw, I Don’t Want to Be and Chariot. Well received upon its release, Chariot garnered much positive comments from critics; a successful album, it topped the US Top Heatseekers Chart and ranked in at number fifty-six on the Billboard 200. Quickly becoming a hit in many other countries, it also charted in Italy, Finland, Noway, Sweden, Switzerland as well as Denmark. The album later spawned five successful singles and has been certified Platinum by the RIAA as of July 2005.

Although Chariot was considered to be a relatively strong start to his career as a singer, it wasn’t until his song, I Don’t Want To Be was chosen as the theme for the American drama, One Tree Hill that DeGraw received much widespread attention. A year after the release of his debut album, the musician released an acoustic version of Chariot, entitled Chariot Stripped. Unique to the new edition, Chariot Stripped also featured a rendition of A Change is Gonna come by Sam Cooke.

In May 2008, DeGraw release his second studio album, Gavin DeGraw. A follow up to his first, it entered the Billboard 200 Chart at number seven and sold over 66,000 copies within the initial week of release. Praised for its “catchy lyrics”, the album showcased twelve tracks including In Love with a Girl, She Holds a Key, Cheated on Me and I Have You to Thankーall of which would later be released as hit singles. Given a B- rating form critics at Entertainment Weekly, Gavin DeGraw made its way onto numerous charts around the world; for instance, it peaked at number three on the Danish Albums Chart, at number eight on the Dutch Charts, at number thirteen on the Swedish Charts and at number twenty-one on the Canadian Charts.

The next spring, DeGraw released his third full-length album entitled, Freeーit would be his last under his original label, J Records. Recorded within a period of two weeks at a studio in Brooklyn, the album was completed just a few months before it was made available in stores. Containing nine songs, all of which were written by DeGraw himself, Free generally received favourable ratings, with USA Today praising the album for its “beautiful balance.” Debuting at number nineteen on the US Billboard 200 Chart, it sold 29,000 units during the first week; it also peaked at number twenty-nine on the Danish Albums Chart and number seventy-six on the Dutch Albums Chart. The album lead to the release of two singlesーStay and Dancing Shoes.

Following a new recording deal with RCA Records,the singer released Sweeter in September 2011. More successful than his previous album, it charted at number eight on the US Billboard 200 and was given many positive reviews from critics upon its release. With its track list consisting of ten songs, Sweeter was also the first album of DeGraw’s to feature tracks co-written with other music artists such as Butch Walker, Andrew Frampton and Ryan Tedder. It eventually produced three singlesーNot Over You, Sweeter and Soldier.

Carrying on with his singing, he released his fifth studio album, Make a Move in October 2013. A collaboration with multiple music producers in the field (e.g. Martin Johnson, Butch Walker, Ryan Tedder, Kevin Rudolf, and others), the album’s track list consisted of eleven songs, all of which were co-written by the singer. Favourably received, Make a Move peaked at number thirteen on the US Billboard Chart and at number nineteen on the Canadian Chart. The album spawned two singlesーBest I Ever Had and Make a Move, the former later peaked at number twenty eight on the Adult Contemporary Chart. 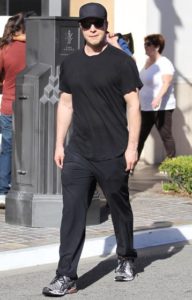 Three years after Make a Move, DeGraw released his sixth album entitled, Something Worth Saving You on September 9, 2016. His third for the RCA label, the album boasted ten songs on its track list including You Make My Heart Sing Louder, Kite like Girl, Making Love with the Radio On and Harder to Believe, amongst others. Although it did not chart as high as some of his earlier efforts, Something Worth Save You did settle in at number thirty five on the US Billboard 200; across the border, it ranked in at number 100 in Canada.

But the singer isn’t just about recordings and albumsーhe’s been making appearances onstage as well! In fact, he’s been travelling the country for the past few months performing at various venues for his 2016 tour alongside fellow musician, Andry Grammar (termed the Gavin DeGraw & Andy Grammar Live in Concert Tour). Together the pair have been keeping busy singing in front of different audiences; DeGraw is currently scheduled to perform with Grammar at Express Live! in Columbus, Ohio on October 5, 2016; the tour will then continue until its last show at the Mizner Park Amphitheatre in Boca Raton, Florida on November 9, 2016. If you’re looking to see the star up close and personal, tickets for the tour are still available for purchase! Please see DeGraw’s official website for more details.

Do you want to stay up to date with the singer? You can do so easily by following Gavin DeGraw on social mediaーyou can find the man on Twitter (@GavinDeGraw)! Don’t forget to also drop by his official website and Facebook group for some of the latest news on the star!