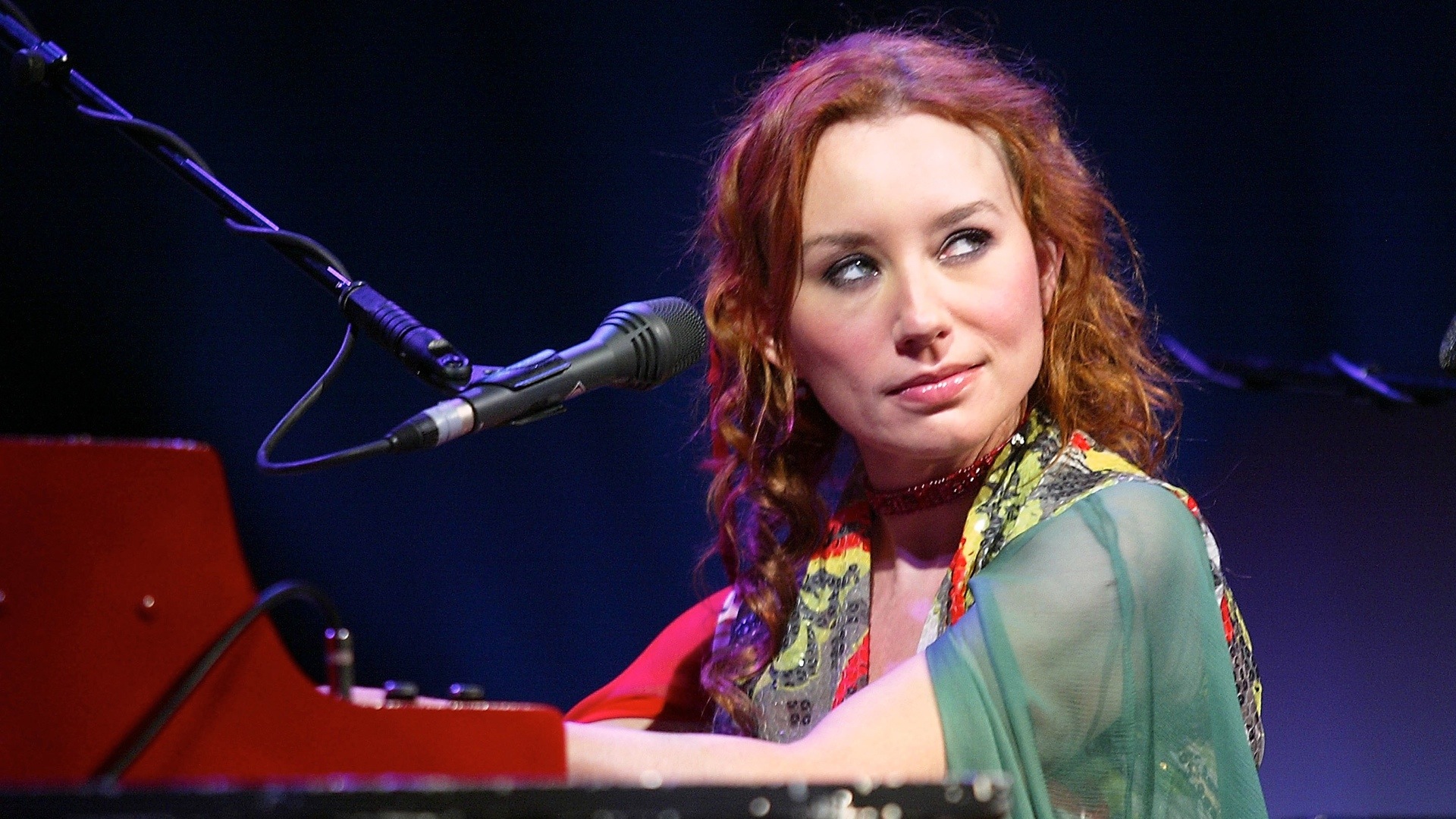 Tori Amos is a popular American singer best known for some of her songs such as Crucify and Silent All These Years. Having taught herself how to play piano as a toddler (she never needed lessons), Amos had the ability to reproduce any song after only hearing it once by the time she was two years oldーshe soon began to compose her own songs at the stunning age of three. An aspiring musician ever since she was little, Amos eventually landed a record deal with Atlantic Records when she was seventeen, after having sent multiple demo tapes to various label companies. After a few years of performing with her band called Y Kant Tori Read, Amos released her first studio album entitled, Little Earthquakes in February 1992. Since then, she has gone on to release thirteen full-length albums and has sold over 12 million records world wide.

An accomplished musician, Amos has received a multitude of awards throughout her professional singing career including two BRIT Awards for “Best International Solo Artist” and “Best New International Artist” as well as a Q Award and an Echo Klassik Award. Rising to fame during the 90’s, she was also the recipient of a number of reader poll awards from various big name publications such as Q, Keyboard and Rolling Stone. In addition, she is also a eight-time Grammy Award nominee, a two time MTV Video Music Award nominee, as well as a two-time WhatsonStage Award nominee. For her contributions to music, Amos was also inducted into the prestigious North Carolina Music Hall of Fame in October 2012.

Besides recording and performing music, Amos has also made several appearances on the small screen over the years. She made her debut on television as a performer on the American talk show, Tonight with Jonathan Ross back in 1991 and has since appeared in dozens of other series including Late Night with David Letterman (1992), The Tonight Show with Jay Leno (1996), Saturday Night Live (1996), Live! With Kelly (1996), Late Show with David Letterman (2001) and Conan (2014), amongst several others. In 2003, she also played a small cameo role in the drama film, Mona Lisa Smile as a singer in the movie.

But what has the talented singer-songwriter been up to these days? What endeavours have she embarked on in the past months? What happened to Tori Amos? Where is she now in 2018? 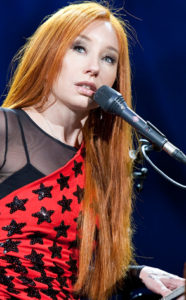 Born on August 22, 1963 in Newton, North Carolina, Tori Amos (Birth Name: Myra Ellen Amos) is the daughter of Edison McKinley Amos and Mary Ellen. She has two older siblings, a sister named Marie Amos Dobyns and a brother named Mike Amos. When she was two years old, Amos relocated from her birth city of Newton to Baltimore, Maryland with her family due to her father’s work as a Methodist minister. Growing up exposed to various music, her parents first noticed her musical talents when she was only a toddlerーnot only had she taught herself how to play the piano at the age of two, but she was also able to reproduce a song simply from hearing it once! Unlike her older siblings who had taken piano lessons at the time, Amos never received any formal piano training as a toddlerーa fact which only seemed to highlight her stunning, natural talent.

By the time she was three years old, Amos began to compose her own tunes; she would later compare her unique musical abilities to “seeing music as structures of light.” In 1968, Amos was admitted to the preparatory section of the renowned Peabody Conservatory of Music at the age of five under a scholarshipーmaking her the youngest student ever to have enrolled at the school. As a student there, she studied and trained in classical piano for six years, until 1974. However despite her musical abilities, she was asked to leave at the age of eleven after the discontinuation of her scholarship.

In 1976, Amos started to perform and play at a number of piano and gay bars in the city, alongside her father. The next year, she would participate and win a “County Teen Talent Contest” in 1977 with a song called, More Than Just a Friend. An aspiring musician, Amos had recorded a stack of homemade demo tapes and had regularly sent them out to multiple record companies and music producers at the beginning of the 80’s. After a few years of perseverance, the singer eventually landed an audition with Atlantic Records following a response from the company; impressed by her vocal talent, Amos was then signed onto the label. 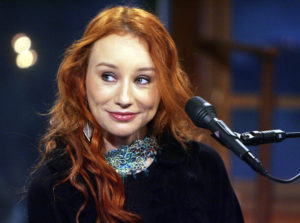 At the age of twenty three, Amos founded a synthpop band known as Y Kant Tori Read; the group consisted of drummer Matt Sorum, guitarist Steve Caton, keyboardist Jim Tauber and bass player Brad Cobb. The band later released their debut album, Y Kant Tori Read in July 1988 under Atlantic Recordsーhowever it would prove to be unsuccessful and lead to the eventual disbanding of the group. Shortly afterwards, Amos began to work as a backup vocalist for fellow musicians such as Sandra Bernhard and Stan Ridgway.

Despite having felt disappointed with the results of her initial album, Amos was still under a six-record contract with Atlantic. Continuing on with the deal, she released her first solo studio album entitled, Little Earthquakes in January 1992. Met with generally positive reception upon its release, the album consisted of twelve tracksーall of which were composed and written by the singer herself. Warmly received by critics, the album peaked at number fourteen in the U.K. Top Albums Chart, where it was originally released and later climbed to number 54 in the U.S. Billboard 200 Chart after being made available in the United States the next month. Little Earthquakes eventually spawned five singlesーMe and a Gun, Silent All These Years, China, Winter and Crucify.

Slowly rising in popularity, Amos released her second solo studio album in late January 1994. Written in New Mexico with her partner Eric Rosse, Under the Pink was a huge success upon its release and had debuted at the number one position on the Top Albums Chart in the U.K and later peaked at number twelve in the United States. Featuring twelve tracks, Under the Pink eventually sold over 2,000,000 copies and received Double Platinum certification by the RIAA in 1999. Critically praised, it would also be the 61st best-selling music album of 1994 in the United Kingdom. Voted to be one of the best full-length albums of the 90’s by the Rolling Stone Magazine, Under the Pink also produced several successful singles including God, Cornflake Girl, Pretty Good Year and Past the Mission. Up to now, it remains to be Amos’ best-charting album in the UK.

The singer released her third solo album entitled, Boys for Pele in January 1996. Recorded at a church in Ireland, the album included 18 songs most of which incorporated church acoustics such as the harpsichord, harmonium, clavichord and gospel choirs. While it’s not the first time that she’s written all the tracks for herself, it was the first in which she also produced. A step into a different direction compared to her previous works, the album peaked at number two on both the UK Top Albums and the US Billboard 200 Charts and also climbed up to the sixth position in Australia and to the fourth position in Sweden. Applauded for its acoustics and sound, Boys for Pele soon sold over 1,000,000 copies in the United States, earning it Platinum status by the RIAA.

Wanting to take control of her own music recording, she later converted a part of her barn home to an advanced recording studioーit would be coined as the Martian Engineering Studios. Recorded in her newly finished studio, Amos released her fourth solo album, From the Choirgirl Hotel in May 1998. In contrast to the singer’s usual piano tunes, the album featured a full rock-band sound and was generally a more heavily produced project. Considered to be her strongest debut album in the US to date, From the Choirgirl Hotel debuted at the number five spot in the United States and quickly made 153,000 sales during the first week of release. For the album, Amos received two Grammy Award nominations in 1999ーone for “Best Female Rock Vocal Performance” and another for “Alternative Music Performance.” A commercial hit, the album was certified Platinum in the US and Gold in Canada.

Amos released her next solo album, To Venus and Back in September 1999. A two-disc set, the album featured eleven original songs in the first CD and thirteen live tracks from her recent tour in the second. As her first release to feature official live recordings, the album was praised by many critics for its innovation and originality. Despite having been priced higher than usual due to its two-disc format, To Venus and Back debuted at number twelve on the Billboard 200 Chart and sold over 112,000 units in the first week; it later received simultaneous Gold and Platinum sales certification by the RIAA.

Throughout the next two decades into the 2000’s, the singer has released nine more solo albums including Scarlet Walk in October 2002, which was later certified Gold in the US. Her most recent studio album is that of Unrepentant Geraldines, which was released under Mercury Classics in May 2014. 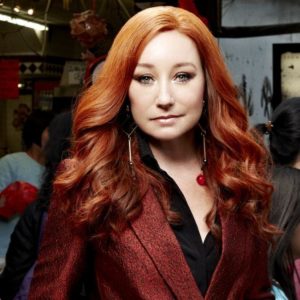 Returning to the music scene, Amos recently released a new piano ballad entitled, Flicker this September. Inspired by an upcoming documentary called Audrie & Daisy, the song features the afflicting theme of sexual assault. Despite the dark subject matter of the piece, the singer has instead turned her attention to empowerment. Recorded by Amos after she’d seen the show, the track will be her first recording in two years since the release of her album in 2014. Moved by the film, she has also launched an online auction help raise funds for the National Sexual Assault Hot line; some of the items for auction includeーa movie screening with Amos, a set of handwritten song lyrics from Amos and a handwritten letter from Amos.

In support of Audrie & Daisy, Amos has also taken part in a Netflix featurette in which she talks about some of the issues from the documentary such as sexual crime against young underage women. In the video clip, the singer-songwriter can be seen sharing her opinion on the importance of the film as well as the writing process behind her new piano ballad. Since it was first put up onto Netflix’s official Youtube channel, it has been viewed well over 19,000 times.

If you’d like to stay up to date with the award-winning singer, you can do so by following her on social mediaーyou can find her on Instagram (@toriamos), Tumblr (@toriamos) as well as Twitter (@toriamos). Alternately, you can also visit her official Facebook page and Website (ToriAmos.com).