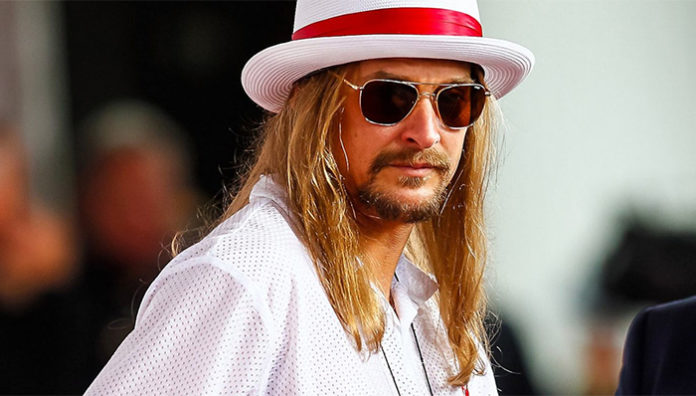 Robert James Ritchie, better known as his stage name Kid Rock, is one of the most popular American rappers in the country. Having developed an interest for rap music as a teen, he eventually became a member of a neighbourhood R&B group called “The Beast Crew.” During a fateful performance one night, Kid Rock met music producer D-Nice; the latter later invited a A&R director from Jive Records to witness the talent that he thought he’d seen in the aspiring artist. Sold by what he saw, the label company soon offered Kid Rock a full on recording deal when he was seventeen years old. A couple of years later, he released his first professional album, Grits Sandwiches for Breakfast in 1990; incredibly successful, the album later brought Rock to the front of mainstream attention in the United States.

Since making a career out of rap, Kid Rock has released over ten albums and more than forty singlesーwith many of them having gone on to top the charts. Having sold over 35,000,000 records across the globe, the rapper’s talents have been recognized with many awards and titles over the years. Some of the awards which he has received so far include two American Music Awards, two Billboard Music Awards, two World Music Awards, a Kid’s Choice Award as well as a CMT Music Award. To top it all off, Kid Rock is also a five-time Grammy Award nominee as well as a four-time MTV Video Music Award nominee. According to Soundscan, he is also the 17th best-selling male artist of the decade.

So what has the universally acclaimed rapper been up to nowadays? Is he recording any new albums? What happened to Kid Rock? Where is he now in 2018? 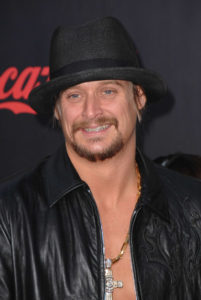 Born on January 17, 1971, in Romeo, Michigan, Kid Rock (Birth name: Robert James Ritchie) is the son of Susan and William Ritchie, the latter of which worked as a car dealer. The youngest out of three siblings, Kid Rock has an older brother named William, an older sister named Carol and a younger sister named Jill. Growing up on his parent’s six-acre farm, he often tended to his family’s horses and helped to pick apples from the fruit trees in the orchard. Eventually finding the small town life to be boring, Kid Rock took an interest to rap music and eventually spent time learning how to break dance; he later took part in several local talent competitions. When he was eleven, he joined a break dancing group known as the “Furious Funkers” and mastered the art of working a turntable. Realizing his knack for performing, he soon began to perform at parties at night, for extra money on the side.

In his mid teens, Kid Rock (a name which he’d adopted while performing at the parties) ran away from home and eventually found himself at Mt. Clemens, where he stayed with a friend. It was during that time that he formed a reluctant association with “Best Friends”ーa local drug group/gang. Wanting to help keep the young ones out of trouble, a neighbourhood man founded a music rap group called “The Beast Crew”; Kid Rock quickly joined, alongside other members Champtown, KDC, The Blackman and a couple of others. During one of their usual performances, Kid Rock became acquainted with the producer of Boogie Down Productions, a popular hip-hop group at the time. Having befriend the rapper, D-Nice, the producer, eventually organized a meeting between Kid Rock and an executive staff from Jive Records; the meeting between the two would ultimately lead to a recording deal for the R&B singer. 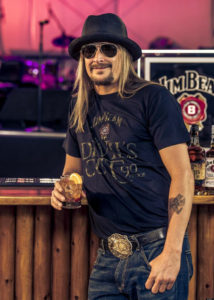 Not too long after signing the contract, Kid Rock released his debut album, Grits Sandwiches for Breakfast in December 1990. Produced in part by the artist himself, it contained thirteen hip hop pieces in its track list, including New York’s Not MY Home, Trippin’ Over a Rock and Super Rhyme Maker, to name a few. Despite mediocre reviews from critics shortly after being made available in stores, the album sold close to 100,000 units within a weekーa feat which effectively made Kid Rock one of the biggest rap-stars in Detroit. As of 2004, Grits Sandwiches for Breakfast has achieved over 275,000 sales.

Although he grabbed ahold of success with his initial record, an incident with a radio station eventually led to Kid Rock being dropped from the Jive label. After securing a new contract with Continuum Records, he released his second full-length album, The Polyfuze Method in March 1993. In contrast to his earlier effort, the album featured much more rap rock oriented sounds; it included sixteen tracks, three of which were later released as singles (e.g. Back form the Dead, U Don’t Know Me, Prodigal Son). Four years after its release, The Polyfuze Method was re-released under the name, The Polyfuze Method Revisited; the two editions however, have since been out of print.

In January 9, 1996, Kid Rock released his third studio album entitled, Early Mornin’ Stoned Pimp. Distributed via his own independent label, Top Dog Records, the album was recorded over a period of a year at the White Rooms Studios in Detroit; Kid Rock had worked briefly as a janitor to cover the costs of studio rentals. Featuring a blend of G Funk and Rap Rock tunes, the album showcased sixteen tracks, two of which were collaborations with fellow musicians Esham and Uncle Kracker. More successful than his second release, Early Mornin’ Stoned Pimp has since sold over 60,000 units according to Soundscan.

Although he had succeeded in making a name for himself as a rapper, it wasn’t until his fourth album, Devil Without a Cause a few years later, that Kid Rock became truly a sensation in the country. Released in August 1998, the album was the artist’s last “hip-hop record” as he’d later cross over completely to the rock music category. Produced by John Travis and the singer, the album consisted of fourteen hit songsーincluding Devil Without a Cause, I Got One for Ya and Fuck Off which featured Joe C., Robert Bradley and Eminem respectively. His best selling album to date, Devil Without a Cause peaked at number four on the Billboard 200 and eventually shifted down to number fifteen by the end of the year. Having received nothing but overwhelmingly positive reviews, the album later spawned six singles; all but one would go on to secure a spot in the charts. As of April 2003, it has been certified 11x Platinum by the RIAA for having sold close to 11 million copies in the US.

Following in the success of Devil Without a Cause, the music artist released his fifth album entitled, Cocky in November 2001ーthree years after his last. His second record with the Atlantic label, the album served as a dedication to Joe C., who had tragically passed away a year prior to its release. Favourably received much like his previous works, the album debuted at number eight and eventually peaked at the third position on the US Charts; it also performed fairly well in New Zealand where it ranked in at number seven. One of the songs, In Your Lifetime, an eulogy to the late Joe C. later earned Kid Rock a Country Music Association Award nomination for “Vocal Event of the Year.” The album has since seen over 5.5 million sales and has received 5x Platinum status from the RIAA.

Over the next decade, Kid Rock has gone on to record and release five more albums. The most successful, Rock n Roll Jesus served as the rapper’s seventh studio album and was released in October 2007. It entered the US Billboard 200 chart at number one and easily sold approximately 172,000 units during the first week of release. To date, it is Kid rock’s first and only record to ever hit the number one spot on the Billboard 200. Widely a hit, Rock n Roll Jesus eventually garnered him two Grammy Award nominations for “Best Rock Album” and “Best Male Vocal Performance” that year. Kid Rock’s third multi-platinum certified album, over 3.5 million copies have been sold up to the present.

Kid Rock’s latest album, First Kiss was released in February 2015. Despite peaking at number two, it would be his first to not achieve RIAA certification since 1996. 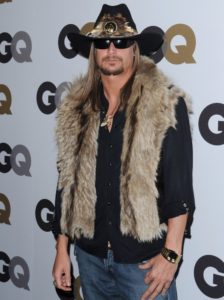 In recent news, Kid Rock has listed his beautiful Malibu home on the real estate market for a staggering $11 million. The Balinese-inspired 8300 square feet estate boasts five bedrooms, five bathrooms as well as a guest house and a swimming pool. Contained on a 1.5 acre property, the interior of the compound has just recently been updated with beautiful hand-carved doors, modern fixture and ornate wood-work. We also can’t forget about the three car garageーsurely anyone who’s in the market for such an elaborate home can make use of the space?

Let’s talk about musicーso the rapper has been busy giving multiple concerts this year including ones at Boston and Nashville; the latter of which was actually a surprise performance. On October 4, 2016, Kid Rock stepped into Tootsie’s Orchid Lounge, a local honky tonk bar; what happened afterwards only amazed patrons of the business furtherーthe music artist had took to the stage and performed for close to four hours, into the next morning! If you missed out on the star’s surprise visit, don’t worryーKid Rock still has several upcoming concerts planned this year, as well as the next. According to his tour itinerary information on his official website, he will be holding a show at the Scottstrade Center in St. Louis, Missouri on new years eve, before continuing with his concerts in 2017. Here’s your chance to see Kid Rockーtickets for the events are still available! Please visit his webpage for more details.

If you want to stay up to date with the high achiever of the rap world, you can do so by following Kid Rock on social mediaーwhy not check him out on Twitter (@KidRock) or on Instagram (@Kidrock)? You can even like and follow his official Facebook page if that tickles your fancy!