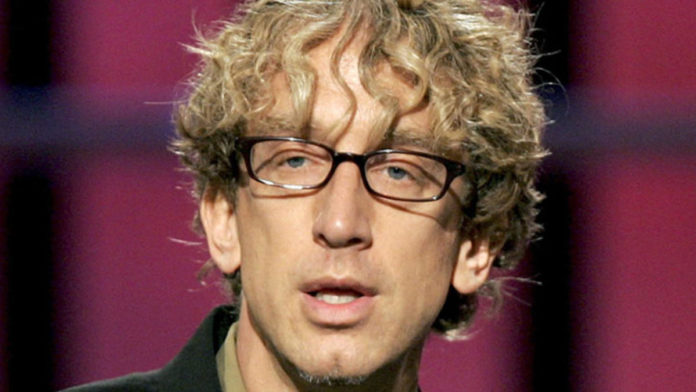 Andy Dick is a comedian whose long career in tickling funny bones spanned from the stage to the small and big screens. He’s also a controversial figure with numerous public displays of indecent behavior and run-ins with the authorities.

You might be wondering what Andy Dick is up to now and if he’s again in trouble for his antics. Before we check out the latest regarding the funnyman, let’s first take a look at his rise to comedic fame.

Andrew Roane Dick was born in Charleston, South Carolina, on December 21, 1965. He spent his childhood in different places as his adoptive father Allen was an officer in the U.S. Navy. As the family moved a lot he was always a new face in a new school which, coupled by his surname, earned Dick the attention of his temporary classmates. He learned how to make the most out of these momentary tenures in school by making his schoolmates laugh.

In 1979 the family finally settled down in Joliet in 1982. During high school Dick made the most out of his last name by utilizing it as part of his jokes. After finishing his studies Dick relocated to Chicago, Illinois, where he sharpened his comedic chops and improvisational skills with the help of theater troupe The Second City and the ImprovOlympic training center.

He also had his first few tastes of exposure through television commercials and stand-up comedy in bars and coffee shops. At the same time Dick had to earn extra money by working at odd jobs during the day for his then-wife Ivone Kowalczyk and their son Lucas. It was during this time when Dick met Jeff Kahn and Ben Stiller.

In 1989 Dick had his acting debut in the comedy series Anything But Love but he only appeared for one episode. He’s also made appearances as an extra in the 1990 sitcom Sydney and 1991 comedy film Earth Angel.

Dick’s first ever major gig came in 1992 with The Ben Stiller Show. Although the program was short lived with only 13 episodes, it led to many opportunities for Dick to flex his comedic muscles with two more shows namely Get Smart and NewsRadio. The former was another short-lived show while the latter lasted for four years. Aside from other film and television appearances Dick also lent his voice to animated films and shows like The Lion King II and Hey Arnold!.

The 2000s opened with more opportunities for Dick. He created his own comedy series in 2001 titled The Andy Dick Show and it lasted for only 21 episodes. The following year he became part of the cast of comedy series Less Than Perfect for all of its 81 episodes until 2006. The rest of the new millennium saw Dick with a good number of acting and even voiceover work in the video games Pain and Grand Theft Auto: San Andreas.

He directed and starred in his own comedy film Danny Roane: First Time Director which was shown in 2006. Three years later he hosted the talk show House Arrest with Andy Dick which literally had Dick invite celebrities while under house arrest, complete with an ankle monitor.

In 2013 Dick joined the 16th season of Dancing with the Stars and he was partnered with professional dancer Sharna Burgess. They were the fifth pair to be eliminated.

Dick also ventured into the realm of music in 2002 with the release of his debut album Andy Dick & the Bitches of the Century. The songs in the album are laced with profanity and the themes range from discussing obsession to Stephen Hawking. In 2007 he released another album titled Do Your Shows Always Suck? wherein some tracks are recordings of his onstage comedy work.

Dick is perhaps well-known for the controversies that got him into trouble with the authorities. He was already into drugs way back in the late 90s and his intake grew after the deaths of his friends David Strickland, Phil Hartman, and Chris Farley. Dick admitted to his addiction publicly and even entered rehab.

In 1999 he drove under influence and crashed into a telephone pole. Dick was sent to rehab for a year and a half after pleading guilty to all misdemeanor and possession charges which were ultimately dropped after completing his stint.

He came back to his old ways in 2004 when he went to McDonald’s and mooned people. The following year he showed the literal equivalent of his surname to audiences in the comedy club Yuk Yuk’s in Edmonton, Alberta. In 2006 a half-drunk Dick appeared in the William Shatner episode of Comedy Central Roast and licked the faces of celebrities present there. Before the year ended he made a racial slur during a performance at the Los Angeles comedy club The Improv. Dick later on made an apology. 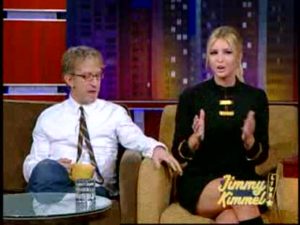 In 2007 Dick was a guest along with Ivanka Trump in Jimmy Kimmel Live. He repeatedly touched Trump’s hair and legs and was told by Kimmel to behave. Instead of standing down Dick asked Trump to kiss him, prompting Kimmel to have the man dragged out of the show. Dick even got himself kicked out during the 2011 Adult Video News Awards for indecent behavior, and during the Newport Film Festival of the same year Dick did considerable damage to a brand new display booth due to his antics.

In 2008 he was arrested for marijuana possession and sexual battery after pulling down the clothes of a teenage girl while being heavily intoxicated.  2010 saw Dick charged with sexual abuse for kissing a male customer and grabbing the privates of a bouncer in West Virginia.

Dick was a celebrity contestant in the reality show Cupcake Wars last April. He teamed up with his daughter Meg in creating a cupcake based on the Atari console. Unfortunately the pair did not win the competition.

Dick is set to appear at the upcoming comedy film Deported and is rumored to be among the cast of horror Tïtshïnglër which is still being filmed. He also appeared at the season six premiere of 2 Broke Girls.

He was recently declared 100% sober by the SOBA Recovery Center after a year and a half of rehabilitation. Now he’s even become their spokesperson and encourages the public through his social media accounts to consider entering SOBA when things become too difficult to handle.

Dick is still active in performing onstage. He was recently spotted at the Los Angeles bars El Cid and Adults Only.