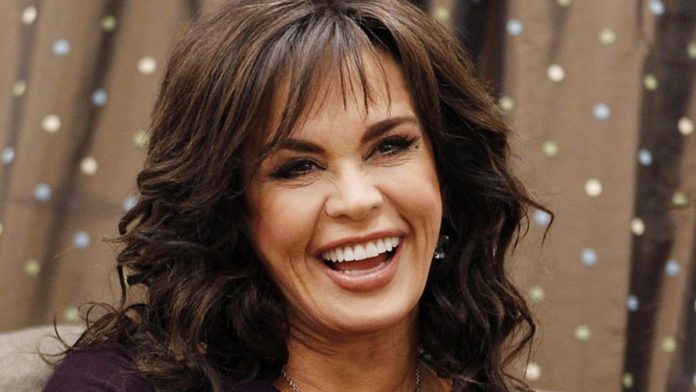 Although Marie Osmond was not a direct member of The Osmonds during the 1970’s, the only daughter of the Osmond family was still able to cultivate a highly successful career as a solo musician during the 1970’s and 1980’s. Once her career began to die down in the 80’s, Marie Osmond fell off the map as a musician, and most of you probably caught glimpses of her as she made appearances on television. What exactly is she doing in the world today? Has she retired from show business entirely? In this article, I’ll recount Marie Osmond’s rise to fame, and I’ll also provide a brief update as to what she is currently doing in 2016. Let’s jump right in. 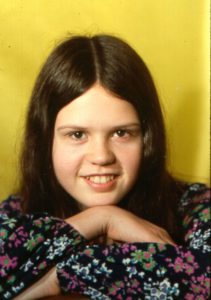 Marie Osmond was born in Ogden, Utah in 1959. She was born into an entertainment-minded family, with her family heavily involved in show business. The Osmonds began as a barbershop quartet, and eventually evolved into a musical group that consisted of six of the family’s sons. They became known for their fun bubblegum pop-like sound, and they were massively popular for their performing flair and vocal talent. When she was four years old, Marie played a small part in The Osmond Brothers’ act when they appeared on The Andy Williams Show, but aside from that, she didn’t much involve herself with the work of her family during this time period. It appeared as though Marie wanted to distance herself from the “family business” as much as possible.

Marie didn’t indicate any interest in the music business for quite some time through her adolescence. Her brother Donny made headlines during the 1970’s when, following the success of The Osmonds, he was able to create a name for himself as a solo pop artist. Marie’s family was able to convince her to try becoming a solo artist, as well. Marie agreed, and she ended up signing with MGM/Kolob Records. She made concert appearances alongside her brothers as a solo act, and her musical style provided a refreshing break from The Osmonds’ traditional genre of music. While The Osmonds opted to perform pop music, Marie Osmond’s work was more oriented towards country music.

In 1973, she released her first single, entitled “Paper Roses”. The single was originally released by Anita Bryant in 1960, and Marie’s cover of it was even more popular than it had been. Following positive radio reception, the song received a lot of airplay, and was well-liked among country and pop fans alike. The song eventually become a chart topper, making Marie Osmond the younger female artist and youngest overall solo artist to reach the top of the Billboard Hot Country Singles chart. She still holds this record to this day. The song also ended up earning her her first gold record. In the year to follow, she would release her first album in In My Little Corner of the World, which easily entered Billboard’s Top 40. With just these two releases, this young musician was well on her way to becoming a teen idol. 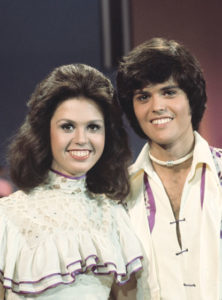 Marie continued to crank out albums over the course of the next few years, with the release of Who’s Sorry Now coming in 1975. She underwent a slight creative shift in 1977 with the release of This Is The Way That I Feel, an album that stood as a slight departure from her more characteristic country sound. It seemed like Marie had finally converted to the classic Osmond pop genre, and it didn’t look like her fans were especially appreciative of that change. This Is The Way That I Feel was not as commercially successful as her previous three, country-oriented albums. It’s worth noting that during this time, Marie also saw a great deal of success performing alongside Donny Osmond, who as I mentioned before had also become a great solo success. Their performance of “I’m Leaving It All Up To You” was very popular among both of their respective fan bases.

Marie took a slight break from music in the following years, opting to develop a greater career in the entertainment industry as a whole. Between 1977 and 1985, she appeared in productions such as I Married Wyatt Earp, The Gift of Love, The Big Show, and Rose Petal Place. She finally returned to her music career in 1985, with the release of her fifth studio album There’s No Stopping Your Heart. This album served as an effective return to form for Osmond, and allowed her to make a significant comeback during the mid-1980’s. She rode this high for a year or so, releasing I Only Wanted You in 1986. As the country genre began to change, however, Marie found that she wasn’t able to hang on. In 1988 and 1989, she released All in Love and Steppin’ Stone, respectively. Neither album was particularly success for her, and she stepped away from music for a very, very long time. Barring a very small album release in 2010 with I Can Do This, Marie Osmond hasn’t done anything in music in a very, very long time. What is she up to today, exactly?

Although Marie Osmond hasn’t been doing much in music lately, she’s still been in the news quite a lot. She has appeared in radio, television, and even in Broadway production. Like the rest of her family, she has maintained a diverse and active career in the entertainment industry. In 2016, however, it looks as though she has returned her focus to music yet again. In April of this year, Marie Osmond released her tenth studio album Music Is Medicine through her private label. As her newest album through the last five years, I’m sure you can imagine that its release was met with a good deal of hype. Although the album did not achieve a great deal of mainstream success, it has been critically lauded. In the months that followed its initial release, the album appeared at number 10 on the Billboard Top Country Album chart. Most importantly, Music is Medicine has been well-received by her fans. It is unknown as to whether she will continue to return to releasing music on a regular basis or not, but I think that fans of Marie Osmond should be content to know that she is still very active in show business.