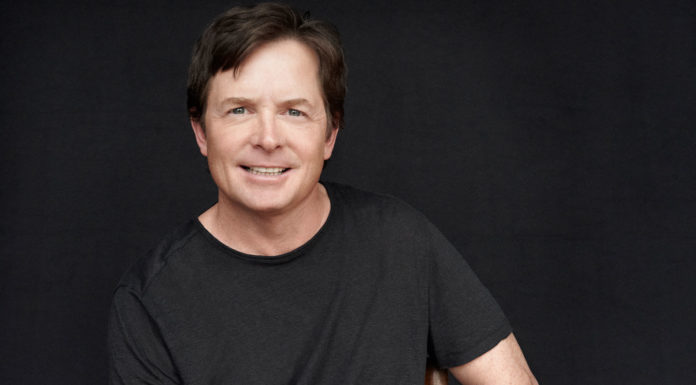 An established name in the entertainment industry, Michael J. Fox rose to prominence during the 1980’s when he starred in the NBC sitcom, Family Ties. Having developed an interest in acting, he appeared on the small screen for the first time as an actor in the television series, Leo and Me at the age of fifteen. Some of his other early works include Letters from Frank (1979), Lou Grant (1979), Midnight Madness (1980), Family (1980) and Here’s Boomer (1980). However despite his screen time, it wasn’t until he was cast as a lead character in the family drama, Family Ties that he first received recognition as an actor. Since then, Fox has starred in dozens of different roles from video games to comedy series. When the actor was twenty nine, he was diagnosed with Parkinson’s disease; despite the condition however, he has been able to successfully make a name for himself in the show business.

One of the most well-respected men in the world, Michael J. Fox has garnered a copious amounts of awards and honours under his belt. So far, he has won four Golden Globe Awards, five Primetime Emmy Awards, two Screen Actors Guild Awards, a People’s Choice Award, a Grammy Award as well as a Saturn Award. However those are only the ones which he’s wonーit doesn’t count for the numerous nominations which he’s also received over the years (fifty-eight to be exact). In 2000, Fox was inducted into the Canada’s Walk of fame; two years later, he was also given a star on the Hollywood Walk of Fame. More recently in 2011, he was also given the Goldene Kamera fur Labenswerkーa German Lifetime Achievement Award for TV and film.

Besides being a talented actor, Michael J. Fox is also widely recognized for his work as an advocate for Parkinson’s Disease. When he was first diagnosed with the condition in 1991, he had chosen not to disclose it with the public; it wasn’t until he was thirty-six in 1998 that he revealed his diagnosis with the public. With the symptoms worsening day to day at the time, Fox had decided to semi-retire from the entertainment world in 2000. Since then, Fox has always been an enthusiastic advocate for Parkinson’s Disease research; in October 2000, he founded the Michael J. Fox Foundation for Parkinson’s Researchーa nonprofit organization that is devoted to help find a cure for the disease through the funding of research. For his contributions and advocacy for Parkinson’s Disease, Fox has been given many awards and titles including a honoris causa doctorate from Sweden’s Karolinska Institutet in 2010.

What has the Canadian actor been up to these recent years? What new endeavours and projects have he been working on? What happened to Michael J. Fox? Where is he now in 2018? 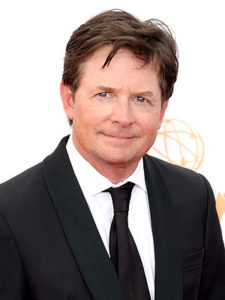 Born on June 9, 1961 in the city of Edmonton, Alberta, Michael Andrew Fox is the son of William and Phyllis Fox, a police officer and an actress respectively. Fox is the fourth oldest out of five siblings. Due to his father’s work, Fox and his family moved frequently across the country during his early years. After he retired in 1971, the family had settled down in the Burnaby suburbs of Vancouver. Growing up, Fox went to Burnaby Central Secondary School and had always been quite short for his age; a fact which eventually rendered him unable to compete in his favourite Canadian sport, ice hockey. Disappointed at the turn of events, he later found an outlet in the form of acting after enrolling in drama classes in school.

Chasing his newly found dream of becoming an actor, Fox landed a professional role in the 1979 TV film, Letters from Frank. Although he was originally listed in the credits as “Michael Fox”, he later chose to change his stage name to “Michael J Fox”, after realizing that individuals had to register with a unique name with the Screen Actors Guild (as veteran actor “Michael Fox” was already registered). In his autobiography, he explained why he chose “J” as his initial; not liking the sound of “Michael A. Fox (based on his real initials)”, he had decided to adopt the letter “J” as a homage to Michael J. Pollard. Wanting to pursue more acting opportunities, Fox soon relocated to Los Angeles with his father after dropping out of high school. 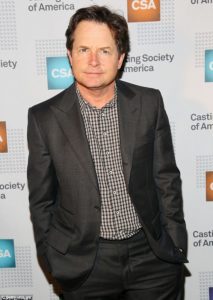 Upon settling down, the actor was cast in a number of roles both on the small and big screens. In 1980, he played the part of Willy Hall in the American series, Palmerstown USA for eleven episodes; during that same period, he also appeared in Family (1980), Trouble in High Timber Country (1980) and Leo and Me (1981). The same year he was cast in Palmerstown USA, Fox also made his film debut when he portrayed the supporting role of Scott Larson in the comedy, Midnight Madness. After having successfully kicked off his acting career, Fox eventually received his breakthrough role when he was offered a lead part in the NBC sitcom, Family Ties.

Created by Gary David Goldberg, the American sitcom revolved around the lives of liberal ex-hippies, Elyse and Steven Keaton as they raise their three children in the suburbs of Ohio. In the show, Fox played the role of Alex P. Keaton, the couple’s oldest son who would later become an entrepreneur. A huge hit amongst viewers upon its premiere in September 1982, Family Ties continued for a total of seven seasons, spanning over 160 episodes, before ending in 1989. Having attracted a loyal audience, the series also won countless awards during its time on airーthe majority of which were awarded to Fox. For his portrayal of Alex, the actor received three Emmy Awards for “Outstanding Lead Actor in a Comedy Series”, a Golden Globe for “Best Performance by an Actor in a TV Series” as well as a TV Land Award for the category of “Fan Favourite.”

While he was still filming for Family Ties, Fox also landed his first protagonist role in the feature filmーBack to the Future. Directed by Robert Zemeckis, the science fiction movie revolved around a teen named Marty McFly (played by Fox), who finds himself accidentally becoming a romantic interest for his future mother, after being sent back in time to the mid 50’s. Released in theatres in July 1985, Back to the Future was a critical hit at the box office, having grossed over $381 million across the globe; it later became the highest grossing movie of the year.

Universally acclaimed, the film was met with nothing short of glowing reviews from critics; it eventually went on to win a Saturn Award for “Best Science Fiction Film”, a Hugo Award for “Best Dramatic Presentation” as well as an Academy Award for “Best Sound Effects Editing”. In 2008, the film was designed as being the “10th best in the Science Fiction Genre” by the American Film Institute. Praised for his acting, Fox also received a Golden Globe Award nomination for “Best Actor in a Motion Film” for his role as Marty. He would later reprise the role in the film’s second and third instalments, which was released in 1989 and 1990 respectively. 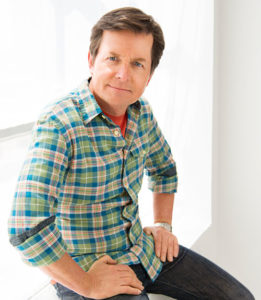 After his perfect pitch portrayals in the two films, Fox went on to play several dramatic roles in the films The Secret of My Success (1987), Casualties of War (1989), Doc Hollywood (1991) and The American President (1995), amongst others. But it wasn’t until he was cast as the lead character in the American sitcom, Spin City that he returned once again to prime time television. Premiered on the ABC network in September 1996, the series took place in New York City where a fictional government ran the city.

As the main protagonist, Fox played the role of Mike Flaherty, a Deputy Mayor; other starring actors include Carla Gugino, Richard Kind, Michael Boatman, Alan Ruck, and many others. The series was a huge hit and later garnered Fox a Prime Time Emmy Award. However due to the progression of his Parkinson’s Disease at the time, the actor departed from the show after the end of the fourth season.

Throughout the late 90’s and early 2000’s, Fox began to take on various voice-over roles in addition to the occasional part behind the cameras. In 1999, he lent his voice to Stuart Little in the animated live action film of the same name; he eventually reprised his role in Stuart Little 2 and Stuart Little 3: Call of the Wild in 2002 and 2006. In addition, he also voiced the characters, Milo James Thatch from Atlantis: The Lost Empire (2001) and Marcel Maggot from The Magic 7 (2009).

Starting from September 2013, Fox also began starring in his own television sitcom, The Michael J. Fox Show, which aired on NBC. Despite having received nothing but praises from critics upon its premiere however, the series was eventually cancelled by the network in May 2014 after one season. For his work on The Michael J. Fox Show, the actor received a nomination for a Golden Globe Award. 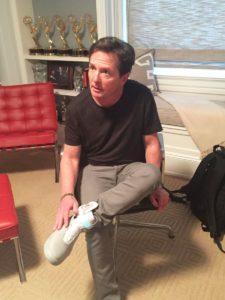 In September 2016, Michael J. Fox made the headlines when he put his over $4 million New England mansion up for sale. Located in Sharon Connecticut, the 72 acre property contains five bathrooms and five bedrooms; it even has its own guest house complete with a bedroom. The definition of luxurious, the compound also includes a pond, a fishing shack, as well as a swimming pool. Originally built in 1997, the house has undoubtedly been one of the most visited  real estate listings online for the past few weeks!

This month, it was announced that after teaming up with the actor back in 2011, Nike Sports has produced the world’s first ever self-lacing shoes. Similar to something out of the signature film, Back to the Future itself, the footwear, termed as The Nike Mag, is able to respond to its wearer’s feet and adapt to its shape. Although it has only just been unveiled, the shoe has been in the works for five whole years. According the the sports giant and Fox himself, only 89 pairs of the The Nike Mag have been created; the shoes are scheduled to be given out globally via an online draw. For a chance to own these limited edition shoes, fans can partake in the random lottery by purchasing tickets which are $10 each; all funds and proceeds will then go towards the Michael J. Fox Foundation for Parkinson’s Disease research.

Do you want to stay connected with the man of Back to the Future fame? Did you know that you can do so easily simply by following Michael J. Fox on social media? You can find him on Twitter under his handle @realmikefox. Or if you would prefer, you can also follow him on his official Facebook page or website!