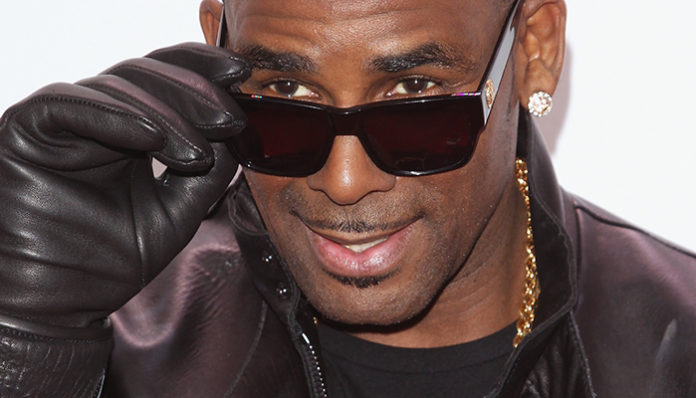 R. Kelly is an American R&B singer best known for his hits I Believe I Can Fly and Bump N’ Grind. The son of a singer, Kelly had always been fond of music; he first began to sang when he was eight years old. As the years went by, he soon found himself street performing in his native Chicago as a teen. Eventually, the aspiring musician formed a singing group with a few friends known as the MGM; although short-lived, they released a single in 1990 before disbanding shortly afterwards. The following year, Kelly teamed up with a new band called Public Announcement and together they signed a recording deal with Jive Records in 1991. Not long afterwards, the artist released his debut album, Born into the 90’s in the winter of 1992.

Since he first step foot into the music scene , Kelly has released well over a dozen full-length albums and more than a hundred singlesーhis best-selling record to date remains to be his third album, R. which went on to attain 8x Platinum status. Recognized for redefining hip hop, the “King of R&B”, as he’s often referred to, is currently considered to be the number one R&B artist in the history of the United States. Throughout his multi-decade career, Kelly has received numerous titlesーhe has even earned a spot on the Guinness Book of World Records! A highly celebrated artist, R. Kelly has hundreds of awards (and even more nominations) to his name  including three Grammy Awards, two American Music Awards, eleven Soul Train Music Awards, nineteen BMI Awards, six NAACP Image Awards, to name a few. Kelly has also been named “The Most successful R&B and Hip Hop Artist of the Past 25 Years” by Billboard.

As a professional songwriter, Kelly has also been involved with the soundtracks for countless popular TV shows, some of which include Ice Age: The Meltdown (2006), Gossip Girl (2007), Glee (2012), American Dad! (2012), and The Voice of the Philippines (2013). In addition to his work with music, the artist has also acted a handful of times behind the cameras in the Trapped in the Closet series during the 2000’s. An R&B superstar, Kelly has also been invited on to multiple television talk shows in his time including The Tonight Show with Jay Leno (2001), Late Night with Jimmy Fallon (2010), Jimmy Kimmel Live! (2013), The Arsenio Hall Show (2013) and Good Morning America (2015). But that’s not allーdid you know he also participated in The X Factor as a special guest back in 2011?

But what has the King of R&B been up to lately? What is he working on nowadays? What happened to R. Kelly? Where is he now in 2018? 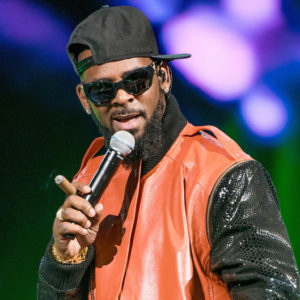 Born on January 8, 1967, in Chicago, Illinois, Robert Sylvester Kelly “R. Kelly” is the third youngest out of four siblings. Raised a Baptist by his mother single handedly, his father had been absent throughout his entire life. Growing up in a minimalistic household in the Bronzeville neighbourhood in Chicago, Kelly began to sing at his local church when he was eight years old. However it wasn’t until he went to Kenwood Academy, a high school in Hyde Park that he was first convinced of his musical talents by his music teacher at the time. Kelly would later recall fondly of Ms. McLin, citing that she was his “second mother” after taking him under her wing during his teen days.

With a little encouragement, Ms. McLin persuaded Kelly to take part in the high school talent show with a rendition of Stevie Wonder’s, Ribbon in the Sky. Besides his passion for music however, the student was also an avid athlete and had been an active member of the school’s basketball team. Wanting Kelly to focus more time and attention on singing, Ms. McLin asked him to leave the team; although initially furious at the sudden request, Kelly soon followed through after performing up on the stage at his school talent show. In his late teen years, Kelly began to work as a street performing, singing his tunes under the signature Chicago L tracks.

Taking his passion further, he eventually formed a music group with a few friends called the MGM. Although they were successful in releasing a single, the stint did not last as they parted ways shortly afterwards. Remaining optimistic about a music career, Kelly ultimately landed a recording contract with Jive Records after teaming up with Public Announcement, a R&B group that was formed briefly before. 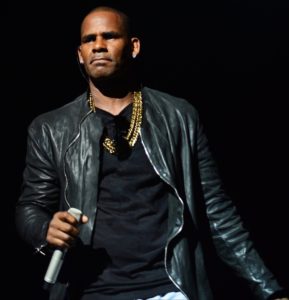 In January 1992, R. Kelly and the group released their debut album entitled, Born into the 90’sーit would be his first and last collaboration with Public Announcement as they split up not long after its release. Produced by Barry Hankerson, Mr. Lee, Wayne Williams and the artist himself, the album’s track list consisted of eleven songs, the last of which featured Mr. Lee in the vocals.

Released during the Swingbeat era of the 90’s, it peaked at number three on the Top R&B and Hip Hop Charts and at number forty-two on the Billboard 200 in the United States; the album was also a hit in the UK where it topped the charts. Although Born into the 90’s was dismissed by many critics upon its release, the album spawned a number of successful singles including She’s Got That Vibe, Honey Love and Dedicated.

After parting ways with Public Announcement Kelly released his first solo album, 12 Play in November 1993. Containing twelve tracks of R&B and G-funk tunes, the album served as a strong follow-up to Born into the 90’s which was released only a year prior. Noted for featuring more sexually themed lyrics, the album was a huge hit upon its release; it topped the US Top R&B Chart and settled in nicely at number two on the Billboard 200. Earning the artist the title of “King of R&B”, 12 Play received nothing but favourable reviews from criticsーin one instance, it was described as “absolutely brilliant” by Allmusic. Effectively launching Kelly into stardom, 12 Play has since sold over 8,000,000 copies worldwide, making it the artist’s first record to receive Multi-Platinum certification (or any certification for that matter) from the RIAA.

Having paved his way into celebrity status, Kelly released his second studio album, the eponymous R. Kelly in November 1995. In contrast to his earlier effort, the album departed from his previous sexual innuendos and instead featured more pensive lyrics. Produced in collaboration with Barry Hankerson, a long time music partner of Kelly’s, the album included sixteen tracks, two of which featured The Notorious B.I.G. and The Isley Brothers. Met with strongly positive reviews after its release, the chart-topper ranked at number one on both the Billboard 200 and the Top R&B/Hip Hop Albums in the US; it was also successful in charting at a number of different other countries such as New Zealand, Germany, Australia and Sweden. His second RIAA certified album in a row, R. Kelly has since sold over 6 million copies across the globe.

At the peak of his career, Kelly released his next album, R. in the fall of 1998. Recorded over a period of a year, it would prove to be the R&B artist’s best performing album to date. Entering the US Top R&B Chart at number one, it eventually also found its way up to the second position on the Billboard 200 Chart. An immediate fan favourite, the album saw over 216,000 sales during the first week of release. Critically acclaimed, R. garnered Kelly numerous awards including a BMI Award for “1998 Pop Songwriter of the Year” as well as three Soul Train Music Awards for “Entertainer of the Year”, “Best R&B/Soul Album” and “Best R&B or Rap Album.” R. also earned the singer three Grammy Award nominations in 1999. Holding a stunning 8x Platinum Certification, over 12 million units have been sold around the world. 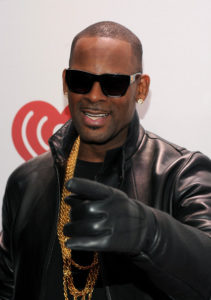 Carrying on with his work as a flourishing music artist, Kelly released his next big album, TP-2.com in November 2000. Proving to be yet another major success for the R&B singer, it entered both the R&B and Billboard 200 Charts at the number one spot. Praised for its clever vocals and sound arrangements, TP-2.com received much positive attention from both fans and critics alike; it later won Kelly an American Music Award, a Mobo award, an NAACP Image Award, a Soul Train Music Award as well as a Source Award. Ranked by Billboard Magazine to be one of the “Top 200 Albums of the Decade”, TP-2.com saw over 543,000 sales during its initial week of release and has since gone on to sell over 4,000,000 copies in the US alone.

Over the next decade, Kelly continued to release multiple albumsーwith many of them going on to become RIAA certified records. The most noteworthy out of the releases is probably that of Happy People/U Saved Me; released in the summer of 2004, the album charted at number two on the Top R&B Charts and at number one on the Billboard 200. Kelly’s sixth Multi-Platinum record, it has since achieved over 5 million sales globally. 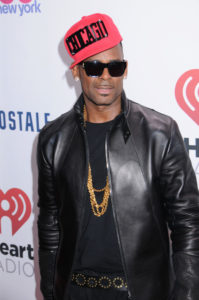 Speaking of his music, R. Kelly has also embarked on his 2016 Buffet Tour. Originally announced in March through Billboard, the event is the artist’s eleventh concert tour. The title a reference to his thirteenth studio album of the same name, the tour began at the Family Arena in St. Charles, Missouri and is currently scheduled to continue until November 13, 2016 at the Verizon Center in Washington, DC. Consisting of two legs, The Buffet Tour will see a total of thirty two shows in North America, spanning well over forty different cities. If you want to see R. Kelly up close for yourself, here’s your chanceーtickets are still available so be sure to visit your local Ticketmaster if that’s something you’d be interested in!