What Happened to Ludacris – News & Updates 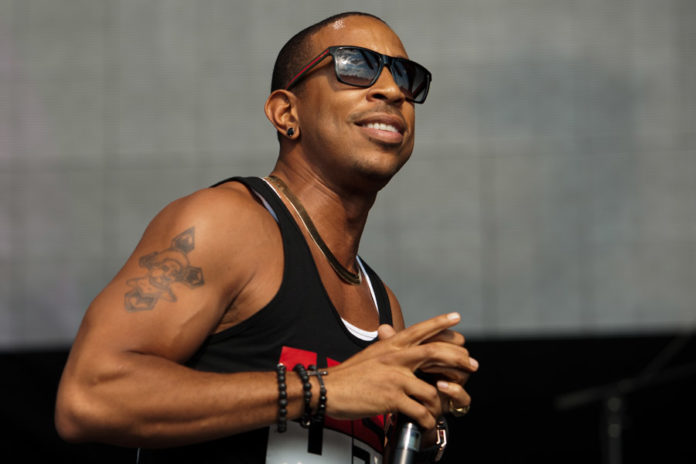 Ludacris is one of those rappers who most people just know about. They recognize his name, either from his work as an actor or as a rapper, but not a lot of people know what this artist is doing in 2016. Ludacris started releasing music in 1998, and this Dirty South Rapper has continually released music since then. For a guy with such a long and storied career, it’s kind of weird that he’s gone quiet for such a long period of time. Right? In this article, I’m going to talk about Luda’s rise to fame, and I’ll also provide a brief update as to what he is doing today. Let’s take a closer glimpse into this artist’s past, present, and future.

Ludacris, also known as Chris Bridges, was born in Champagne, Illinois in 1977. It surprises a lot of people to hear that this iconic “Dirty South” rapper was born in Illinois, but Bridges’s interest in rap was born when he moved to Atlanta during his early childhood. He wrote his first rap song during the move, and when he was just twelve years old he ended up joining an amateur rap group. Even at this early age, it seems as though Bridges had already decided what he wanted his future career to be. He graduated Banneker High School in 1995, and starting in 1998 he studied music management at Georgia State University. He was taking significant strides to ensure that his dream would become a reality. In that same year, he also began recording his debut album Incognegro. The album was eventually released in August of 1998 under his own independent record label, to tepid commercial reception. 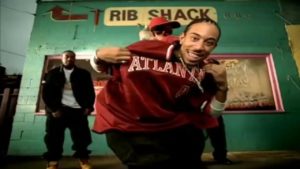 Ludacris ultimately made the decision to drop out of Georgia State in 1999, in order to focus his efforts on his artistic career. This would prove to be a well-informed decision. In 2000, he released his second studio album Back for the First Time. The album was a massive commercial and critical success, peaking at #4 on the Billboard 200 and selling 133,000 albums in its first week of sales. (To date, the album has been certified triple times, with over 3.1 million sold units.) This album was Chris Bridges’s first foray in mainstream music production, and it turned out to be a very successful one. The album contained singles “Southern Hospitality” and “What’s Your Fantasy”, both of which became very popular and influential on their own. At this point, Bridges had cemented his grip on a long-term career in the rap game, and he seemed intent on keeping it that way.

Topping Charts from 2001 and Onward

Bridges kept himself very busy during his early stardom, and in 2001 he released the album Word of Mouf, which would eventually become his best-selling album of all time. Word of Mouf sold 281,000 copies in the United States during its first week of release, and it peaked at #3 on the Billboard 200 chart. The album ended up being nominated for a Grammy for Best Rap Album, but it ended up losing the award to The Eminem Show. (To be entirely fair to Ludacris, The Eminem Show is considered to be some of Eminem’s best work.) After a very brief hiatus, Bridges released the album Chicken-n-Beer, which would end up being his first album to peak at #1 on the Billboard 200 chart. Chicken-n-Beer sold 429,000 copies in its first week, and it also managed to do really well in countries outside of the United States. This album was also one of his first albums to contain wildly successful singles in “Splash Waterfalls” and “Stand Up”. With these two releases, Ludacris was seriously hitting his stride. 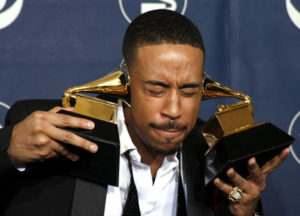 In 2004, he released The Red Light District, his fifth studio album. Like Chicken-n-Beer, this album debuted at #1 on the Billboard 200 chart, and it was majorly commercially successful, selling 322,000 copies in its first week. The album has sold over 2.1 million copies to date, and it has been certified double platinum. Bridges later described the album as more mature than his previous work, while still retaining a certain feeling of light-heartedness. He made a much larger departure from that general aesthetic in 2006 with the release of Release Therapy, which was hyped for years by Bridges’s loyal fanbase. The album featured a darker and more mature Ludacris, and it gained a lot of attention from the media when Bridges went so far as to cut off his signature cornrows in order to indicate the tonal shift of his work. Release Therapy featured artists like R. Kelly, Mary J. Blige, and Pharrell. It ended up being Luda’s third number-one album in a row, selling 309,000 copies in its first week. It also ended up being his first solo Grammy, winning the 2007 Grammy for Best Rap Album. (Money Maker, featuring Pharrell, ended up winning him another award on that same night.) This was essentially the very peak of this young artist’s musical career.

In 2008, Ludacris cranked out his seventh studio album Theater of the Mind. Despite positive critical reception, and despite the fact that the album featured the talents of popular artists like Chris Brown, T-Pain, Rick Ross, and Jay-Z, Theater of the Mind was the first of Bridges’s albums to slip up. It debuted at number five on the Billboard 200, selling only 214,000 copies in its first week of sales. It was one of the lowest charting albums that he had released in a good while, and to some it indicated the beginning of the end. This fear seemed to be assuaged in 2010 with the release of Battle of the Sexes, an album that debuted at #1, as had become customary for Ludacris. In the years to follow, however, Ludacris would go a really, really long time without releasing any new music. For fans of the artist, who had developed a reputation for releasing an album every 1-2 years, this was worrisome. Had Ludacris been discouraged by the disappointing performance of his previous two albums? Was he done with music?

It turns out, he wasn’t. In March of 2015, after a significant hiatus, Ludacris released Ludaversal, which peaked at #3 on the Billboard 200. Despite this sort of impressive figure, the album wasn’t really able to sustain its popularity, and by its second week it had already dropped to #18. As for what he’s doing in 2016, it seems as though Ludacris is still very much involved in the music business. Just a month ago, he was a featured artist in DJ Infamous’s single “Run The Check Up”. Aside from music, Bridges has also spent a lot of time in recent years developing his acting career. In 2017, he is slated to reprise his role as Tej Parker in Fast 8. Ludacris has had a really long career, and although there have admittedly been lulls here and there, he is still far from irrelevant.