What Happened to Plies– News & Updates 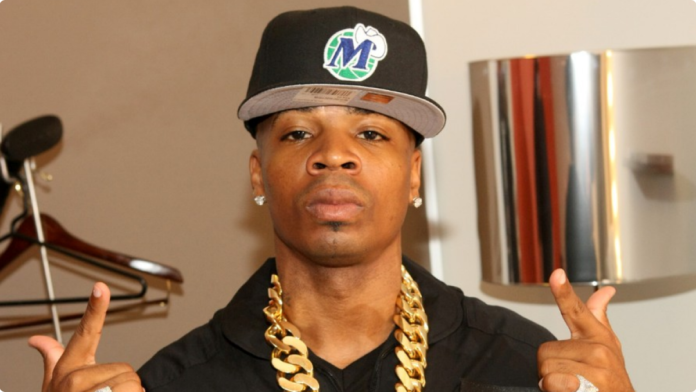 Plies is an American rapper who first entered into the music scene with his debut album, The Real Testament in 2007. Having always been one for music, he began to rap as a teen during his high school days. In the late 1990’s, Plies eventually founded the independent recording label, Big Gates Records with his stepbrother after dropping out of college. After showcasing his rapping abilities to one of the company’s artists, he later secured a recording deal with Slip-n-Slide Records. With Plies under the wing of the lane, he released his first single, Shawty in the summer of 2007; it would prove to be a major hit after topping the US Rap Charts. Shortly afterwards, Plies released his debut album, The Real Testament later that year.

Winning over many fans with his lyrics and tracks, Plies has released four full-length albums and ten singles since he first put out his initial single back in 2007. Noted for bearing his soul into his music, the artist has received many awards and nominations throughout his career. In 2007, Plies was the recipient of the Ozone Award for the category of “Best Rap/R&B Collaboration” for his work on Shawty. Recognized by his fellow artists in the field, the rapper is also a three time BET Hip-Hop Award nominee (e.g. Ringtone of the Year, People’s Champ Award, Best Collaboration), a four time Ozone Award nominee (E.g. Best Rap Album, Club Banger of the Year) and a one time Grammy Award nominee (e.g. Best Rap Performance By a Duo or Group).

On top of being the co-founder of an independent music label and a recording artist, Plies has also made a handful of appearances on television. He first appeared on television when he starred in the hip-hop documentary, The Good, the Bad and the Bling in 2007; Plies had been amongst a number of rappers who were invited to take part in the project. In 2008, he was also featured in the music series, Access Granted, a show which revealed various tricks of the trade in the making oh hip-hop videos. Later in 2010, Plies also appeared on an episode of The Mo’Nique Showーa BET talk show hosted by comedian and actress, Mo’Nique.

So what has the rapper from Florida been up to for the past little while? Is he still actively involved in the hip-hop scene? What new projects have he taken on? What happened to Plies? What has he been doing these last few years? 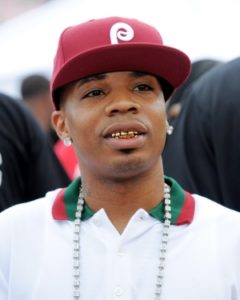 Born on July 1, 1976, in Fort Myers, Florida, Plies (Real name: Algernod Lanier Washington) is the son of Karla and Larry Washington; he has an older brother named Ronnell Lawrence Lavatte. Growing up in a not-so-nice neighbourhood near East Dunbar, he took to music as a child, an hobby which remained with him throughout his teenaged years. As a teen, Plies went to Fort Myers Senior High school located in Lee County, where he was an active member of the school’s football teamーat the time, he was known for playing both the positions of defensive back and receiver. Popular amongst his peers, Plies was named the “Best Dressed” of his graduating class by his classmates and was also the Homecoming King.

After graduating from high school in 1994, the Fort Myers native went to Miami University, where be played in the college football team. Said to be a good receiver, he continued to play under the name of “Nod Washington” until 1997, for a period of two years. During his freshmen year, he was noted for having achieved 9 receptions for a total of 69 yards; he later managed two touchdowns in his sophomore years, according to various sources. Not long after his time at Miami university, Plies relocated to Orlando and transferred to the University of Central Florida; however he’d eventually drop out. It was also during this time that he revisited his passion for music and began to develop an interest in rap. Soon after, Plies was invited by his older brother, Ronell to help start an independent indie label named, Big Gates Record; it later became the home to three different recording artists (excluding Plies himself).

While Plies enjoyed music, it was never his childhood dream to become a rapper. In fact, his career as a R&B artist had come to be after he had demonstrated a few lines of lyrics to one of Big Gates’ artists; at the time, his brother had recorded his rappingーsomething which he eventually ended up putting onto a mix-tape. Citing this incident, Plies would later describe his start in R&B to be “accidental.” It wasn’t long until the mix-tape which Ronnell had recorded, found its way to the recording label, Slip N’ Slide. Recognizing his talents, the company eventually took Plies under their wing in 2004. A year before signing the record deal, Plies’s girlfriend had also given birth to his son, Nijier Lanier Washington on October 20, 2003. 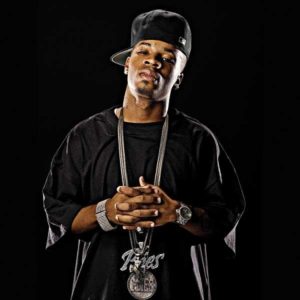 Shortly after signing with Slip N’ Slide, Plies released multiple Mix-tapes including 100% Real Nigga (2005), Bottom to the Top (2006) and The Truth Hurts (2007); the last two had been hosted by DJ Drama and DJ Scream respectively.

Following The Truth Hurts, Plies released his first debut studio album entitled, The Real Testament in August 2007. Produced by a number of talented individuals in the industry such as Akon, Drumma Boy and Midnight Black, the album’s track list boasted fifteen different songs including I Know U Workin, I Am the Club, Runnin’ My Momma Crazy and Money Straight. On top of the ones performed by Plies, several of the tracks also featured different music artists such as T-Pain, Tank and Akon. Overwhelmed with positive reception from critics, The Real Testament quickly sold over 96,000 units during the first week of release. It entered at number two on the US Billboard 200 Chart and stayed there briefly before dropping to the ninth position. By the third of release, the album had sold an additional 27,000 units. Spawning two singles: Shawty and Hypnotized, The Real Testament has since received Gold Certification for the RIAA for having made over 500,000 shipments in the country.

The next year, the artist released his second studio album, Definition of Real in June 2008ーit would be the second Gold Certified album of his career. Made available only six months after his debut, boasted fifteen tracks on its disc, a few which featured other artists such as Ne-Yo, Trey Songz and Jamie Foxx. Despite mediocre reviews upon its release, Definition of Real debuted at number two on the US Billboard 200 Chart. A critical hit amongst the R&B scene, the album soon sold over 214,000 copies within the first week of release. Given a 8/10 score by critics at IGN, Definition of Real eventually produced two singles; one of them, Bust It Baby (Part 2), a collaboration with Ne-Yo would become his biggest hit to date, having reached number seven on the Hot 100 Chart.

In December of 2008, the American rapper released his third album entitled, Da REAList. Made available just six months following his second album, it entered the Billboard Top Rap Chart at number one and the Billboard 200 Chart at number fourteen; it eventually achieved over 114,000 sales within the first week. Despite being Plies’ lowest-charting album to date, it still managed to remain on the Billboard 200 for twenty weeks. On the receiving end of favourable reviews, Da REAList contained sixteen hip-hop tracks, including Want It Need It, Street Light and Put It On Ya, which featured Ashanti, Sean Garrett and Chris J respectively. Since then, the album has sold over 500,000 units and has been certified Gold by the RIAA.

After the lukewarm success of DA REALit compared to his previous efforts, it wasn’t until 2010 that Plies released his fourth studio album. Entitled, Goon Affiliated, the album was recorded in between a few months from 2009 until 2010. Met with mixed reviews upon its release, Goon Affiliated was given a three star rating critics at AllMusic; however despite the lack of written praises, the album debuted on the US Billboard 200 at number five and sold over 56,000 copies in its first week. After the second week, a further 21,000 copies had been sold, bringing the total sales amount to a little over 77,000. Created with the help of his “dream team of rappers and producers”, the album featured fifteen tracks, all of which were co-written in part by Plies himself. Similar to his preceding works, Goon Affiliated eventually led to the release of four singlesーBecky, Medicine, Awesome and She Got it Made. 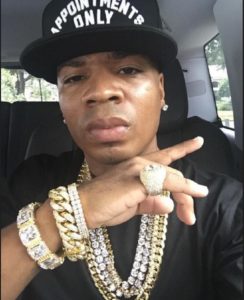 In April 2015, an incident occurred at a concert held in Tallahassee, Florida, when the rapper was seen attacked onstage by a fan while rapping in front of a group of audience. According to sources, Plies had invited the fan up on to the stage to perform in the spotlight alongside him; however things had soured quickly after the artist allegedly warned the fan that he was getting too close to his personal space.

In response to Plies’ words, the fan apparently “snapped” and proceeded to wrap the rapper in a bear hug, before throwing him off on the stage altogether. As crazy as the event was, Plies did manage to pop right back up to continue with his concert, after the fan was shown out of the building by security. A video of the attack was later posted up online by someone present at the concert and has since garnered hundreds of thousands of views.

Known for his blunt comments, Plies once again made the headlines last month when he shared his thoughts and opinions about the ongoing presidential debate between Donald Trump and Hillary Clinton in a video, posted onto his personal Instagram. In the expletive-filled video, Plies was seen explaining his reasons for not watching the debatesーwho knows, maybe he has a point. Since the rapper first uploaded the short video clip online, it has been viewed over 330,000 times and has received over 6900 comments!

If you want to stay up to date with the happenings around the rapper, you can do so simply by following Plies on social mediaーyou can find him on Twitter (@plies) as well as on Instagram (@plies). Alternatively, you can also follow the artist on his Official Facebook page or drop by his website for some of the latest and hottest news!