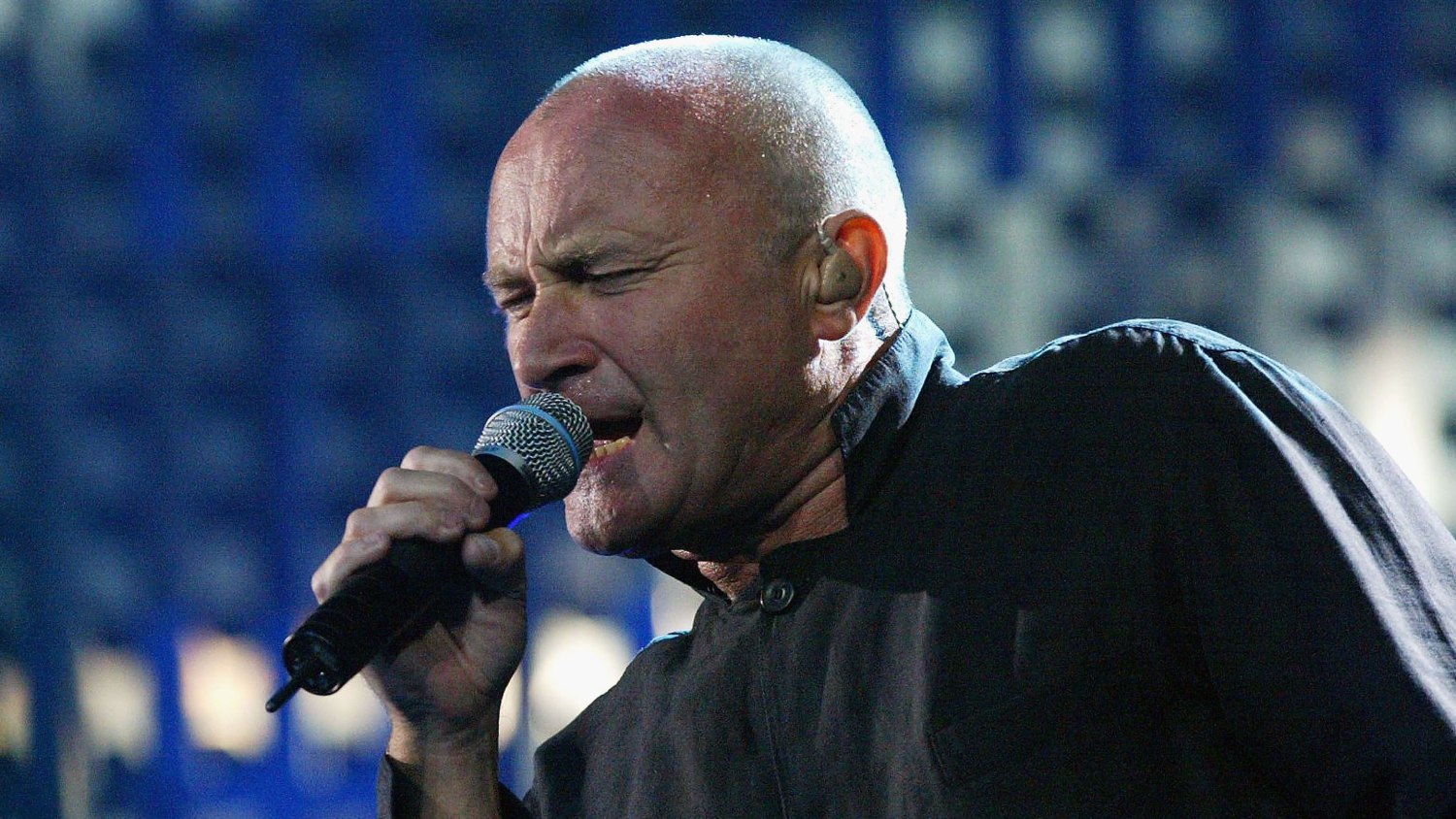 London-born, Phil Collins was highly regarded by many to be one of the most successful musicians during the 1980sーhaving achieved seven number one hits in the United States and three in the United Kingdom. First introduced to the art of drumming at the age of five, Collins later became the drummer of the rock band, Genesis, in 1970 at the age of nineteen; after a few years, he would eventually rise to become to lead vocalist. Following the departure of a bandmate, Collins decided to venture on a solo music career on the site, after having been inspired by his marital downfall at the time. Some of his early albums at the time included, Face Value (1981), No Jacket Required (1985) and …But Seriously (1989).

Known for his gated reverb sounds of drumming, Collins soon became one of the most popular contemporary musicians during the 80’s era. Since the debut of his solo career, the music artist has sold over 33,500,000 million records in the United States and close to 150,000,000 across the globeーmaking him one of the best-selling musicians in the world, alongside Michael Jackson and Paul McCartney. For his contributions to the music industry, Collins has also garnered numerous awards including six Brit Awards, seven Grammy Awards, two Golden Globe Awards, a Disney Legend Award as well as an Academy Award. Highly decorated, he has also been inducted into the prestigious Songwriters Hall of Fame, the Modern Drummer Hall of Fame, the Rock and Roll Hall of Fameーas well as having received a star on the Hollywood Walk of Fame in 1999.

But what has the performer been up to as of late? What projects have he been working on recently? What happened to Phil Collins? Where is he now in 2018? 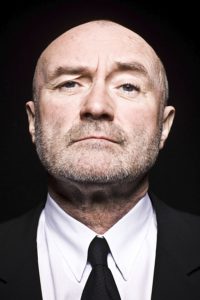 Born on January 30, 1951 in Chiswick, Middlesex, Phillip (“Phil”) David Charles Collins is the son of Greville Philip Austin Collins, an insurance worker and Winfred M. June, a talent agent. He has two siblings, an older brother named Clive and a younger sister named Carole. Even as a young boy, Collins had always had a love for music and performing. Noticing that he’d always play with makeshift drums, his uncle later gifted him his very first drum set as a Christmas gift when he was five years old. Often found practicing music alongside the radio and television, it wasn’t long before his skills with the percussion instrument required him to use more complicated sets of drums. However despite his musical talents, Collins had never learnt to read traditional music notation; instead, he had employed a system in which he’d developed himself.

As a teen, Collins began to study drum rudiments under English drumming instructor, Lloyd Ryan and later with Frank King. Although it didn’t take long for him to pick up on the basic rudiments, he’d never be able to master the conventional musical notation used in musicーthis would later cause him much regret. Growing up, Collins had been a huge fan of The Beatles, especially Ringo Starr their drummer; he was also a fan of the less popular English band, The Action. While he was a student at Chiswick County School For Boys, the aspiring drummer formed a band with some friends called, The Real Thing; he would later join the band Freeholdーwith whom he would write for first song for entitled, Lying Crying Dying.

Wanting to extend his performing talents, Collins enrolled at the Barbara Speake Stage School at the age of fourteen for professional acting training. Recognized for his talents as an actor, he would later be offered an opportunity to portray the role of Artful Dodger in the musical production of, Oliver!. Shortly after taking on the role, he would find himself playing cameo characters in a variety of television series including, The Beatles’ A Hard Days Night (1964) and Chitty Chitty Bang Bang (1969). 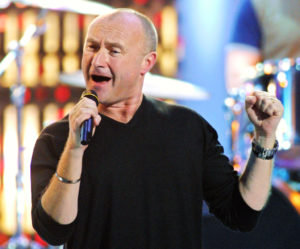 However despite his talents as a young child actor, Collins continued to prefer music to acting. Following a series of on-screen roles, he landed his very first record deal with the band, Hickoryーas their drummer alongside keyboardist Brian Chatton and guitarists Gordon Smith and Ronnie Caryl. Together with the band, Collins would record their first album entitled, Ark 2 in October 1969 after having changed their name to Flaming Youth a few months prior. Despite the fact that the record was not a commercial hit, it still garnered a number of glowing reviews from criticsーhaving been described to be the “Pop Album of the Month” by the British rock newspaper, Melody Maker.

After having played with the band for a few years, Collins applied for an audition after noticing an advertisement posted by rock band, Genesis for a “drummer sensitive to acoustic music.” Prior to the auditions, which took place at a band member’s parents’ house, Collins reportedly went for a swim in the home pool, while memorizing his songs before he was called in for his own tryouts. Following a successful audition, Collins would become the new drummer for Genesis in August 1970.

Over the next few years, Collins would continue to perform with the band, playing not only the drums, but also percussion, and backing vocals. Genesis recorded their first album entitled, Nursery Cryme in 1971ーit would also include an acoustic track named, For Absent Friends, in which would be Collin’s first time performing on lead vocals. Carrying on with the band, the drummer would later sing, More Fool Me, a track from their 1973 record entitled, Selling England by the Pound.

During the mid 1970s, Collins eventually took on the role of lead vocalist after the departure of singer, Peter Gabriel. He first showcased his vocals in Genesis’ seventh studio album, A Trick of the Tail. Praised for its content and sound quality, the record soon became a critical success both in the United States and the United Kingdom, having peaked at the number three and number 31 spots respectively. In order to promote the album, the band also embarked on an European and North American concert tour, which began in London, Canada in March 1976 and ended in Luton, England on July 11, 1976.

Shortly after the end of the tour, Genesis would release their eighth studio album, entitled Wind & Wutheringーit would also be the last to feature the band’s guitarist, Steve Hackett. First released on December 17, 1976, the record received generally positive reception from critics and was eventually certified gold by the RIAA and the British Phonographic Institute, having peaked at number seven in the band’s native UK and number twenty six in the United States. Following with tradition, the band would then embark on a world tour in January 1977. 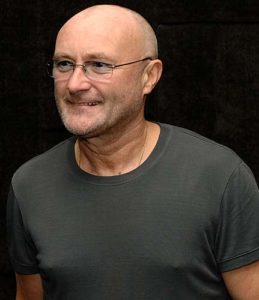 Often absent from his family due to his recent travels with the band, Collin soon found his marriage with his wife to be failing in 1978. Wanting to make amends, the drummer traveled to Vancouver, albeit with no intentions of leaving Genesis. However despite his efforts to rebuild the family, his attempts would fall on deaf ears. Returning to the UK to resume his music career, Collins soon began to work on his first solo album, after having been inspired by his fellow bandmates to do the same.

In February 1981, Collins released his first solo studio album entitled, Face Value. Having citied his divorce to be his major source of inspiration, he’d written many of the tracks with a number of emotional changes in mind. A huge hit upon its release, it wasn’t long before Face Value topped the charts in seven different countries across the worldーit would also peak at the number seventh spot in the United States, where it would continue to sell over five million units. The album’s lead single, In the Air Tonight would also peak at the number two spot in the UK. Shortly after the release of his first solo record, Collins would be invited to make his very first live performance at an Amnesty International Benefit Show in London. 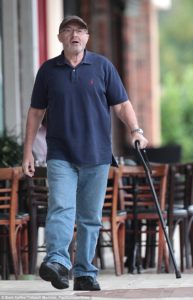 After four years of enjoying the retired life, Collins announced that he would be returning to music in 2015. In May of that year, Collins came out of retirement with a record deal with the Warner Music Groupーhe would work on the remastering of his eight solo studio albums, along with previously unreleased recorded material. In October of that year, he told fans that plans are being organized for a new studio album and a tour.

Besides his work with music, Collins has also been working on an upcoming autobiography entitled, Not Dead Yet. Having just announced the title of the book in June of this year, Collins had in fact, wanted to release a memoir for many years but had only found time to work on recently. Set for a release date of October 25, 2016, the memoir will chronicle the life and career of the award winning drummer and will also explore Collin’s three (failed) marriages, along with his ill health and alcoholism. While Not Dead Yet won’t be hitting shelves for another month, fans can pre-order the book on various websites such as Amazon, Indigo and Barnes & Noble; an audiobook will also be released on the same day.

In terms of performances, the former member of Genesis just recently held a live performance at the U.S. Open Tennis Tournament earlier this September. Having just come out of retirement, Collins sang several classics including Easy Lover and In The Air Tonight at the event, with his band which included his son, Nick on drums as well as a guest appearance from actor-singer, Leslie Odom Jr.

If you’d like to stay up to date with the musician, you can do so easily by following him on social media. You can find collins on Twitter (@philcollinsfeed), Instagram (@officialphilcollins) as well as on his official Facebook page!