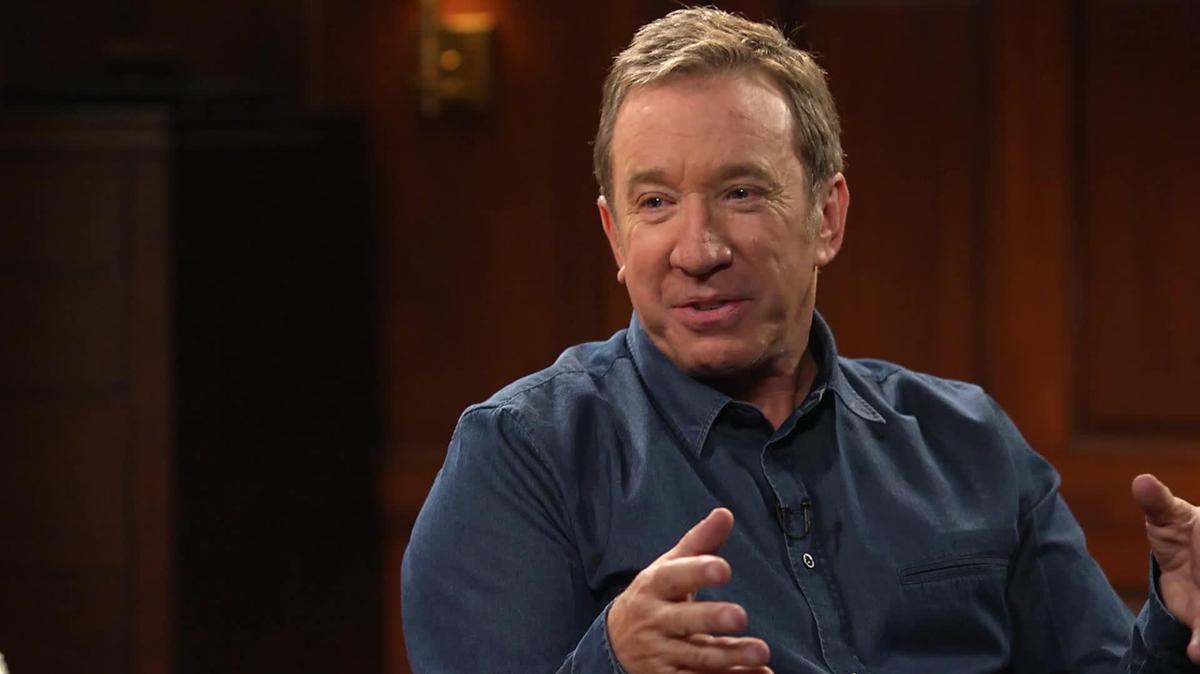 Tim Allen is an American actor best known for his role as Tim Taylor in the ABC sitcom, Home Improvement. As a comedian during the late 1970’s, he appeared in various commercials and comedy series at the time including the cable show, Some Semblance of Sanity. After years of working as stand-up, Allen ventured into the world of acting during the late 80’s and early 90’sーhe made his first appearance on the big screen as a minor character in the drama film, Tropical Snow in 1988. Some of his other early acting works include ABC TGIF (1990), The Santa Clause (1994), Jungle 2 Jungle (1997), Soul Man (1997), For Richer or Poorer (1997) and Spin City (1998), amongst others. In 1995, he also lent his voice to the Pixar animated film, The Toy Story as Buzz Lightyearーa role which he would ultimately continue to reprise throughout the next few decades.

After years of climbing up the ladder, Allen eventually got his breakthrough role when he was cast as a main character in the American sitcom, Home Improvement. One of the most widely watched television series at the time, the show revolves around the life of a TV host named Tim Taylor (played by Allen), who finds himself in various situations while trying to raise his dysfunctional family alongside his wife Jill (played by Patricia Richardson), with help from his neighbour, Wilson (played by Earl Hindman). A huge hit amongst viewers and critics, Home Improvement won countless awards during its eight season run. For his portrayal of Tim Taylor, the actor also received a Golden Globe Award for “Best Performance by an Actor in a Television Series” in 1995. To this date, his role in the sitcom is considered by many to be one of his best performances throughout his entire acting career.

Since his success on the show, Allen has made numerous appearances both on television and in film including Joe Somebody (2001), Christmas with the Kranks (2004), Zoom (2006), Wild Hogs (2007) and Redbelt (2008). He would also continue to reprise his roles as toy space ranger, Buzz Lightyear in Pixar’s The Toy Story trilogy and as Santa Clause in Disney’s The Santa Clause series. For his contributions to film and television, Allen has also garnered a number of awards and nominations including two People’s Choice Awards, a TV Guide Award, an Annie Award, amongst many others.

But what has the actor of Home Improvement fame been up to as of late? What happened to Tim Allen? Where is he now in 2018?

Tim Allen’s Upbringing and Eventual Trouble with the Law 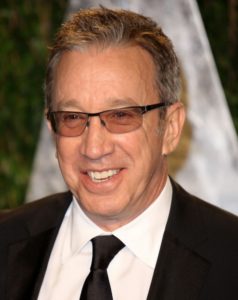 Born on June 13, 1953 in Denver, Colorado, Tim Allen Dick is the son of Gerald M. Dick, a real estate worker and Martha Katherine, a community service agent. He is the third oldest out of five siblings; he has two younger brothers and two older brothers. Growing up in his hometown of Denver, Allen was especially close with his father as the two had often spent much time together; he would later describe his father to be “strong, engaging and funny.” Tragically when Allen was eleven years old, his father would be killed by a drunk driver while returning home from a local football game.

A couple years following the incident, his mother remarried a businessman and the family relocated to Birmingham, Michigan to live with his three other children. As a teen, Allen went to Seaholm High School  where he took both music and theatre classes. After graduating from high school, he then enrolled at Central Michigan University to study radio and television productionーit would also be during this time that he’d stray to earn money on the side by illegally selling narcotics. A few years after studying at Central Michigan University, Allen transferred to Western Michigan University where he later graduated from with a Bachelor’s degree in communications with a major in television and radio production and a minor in design and philosophy.

Following his university graduation, Allen landed a job at a sporting goods store, where he was eventually offered a position at the company’s advertising agencyーall while continuing his drug dealing on the side. Despite years of successfully avoiding prosecution, Allen was ultimately arrested at a Michigan airport for the possession of over a pound of cocaine. Shortly afterwards, he would be sentenced to serve eight years in federal prisonーhowever he would eventually be released after 28 months after agreeing to work with officials to testify against his partner.

Known for his humour during his time in prison, Allen returned to Detroit after his parole to try his hand at stand-up comedy; he would work at an advertising agency during the day and at Comedy Castle during the night. After having worked in stand-up for a few years, the comedian would eventually venture into professional acting; some of his first roles as an actor would be that for various advertisements, including one for the auto repair service, Goodwrench.

No stranger to the small screen, Allen had appeared in a handful of TV shows as himself prior to his breakthrough role in 1991, including Comedy’s Dirtiest Dozen (1988), Rodney Dangerfield: Opening Night at Rodney’s Place (1989), Tim Allen: Men Are Pigs (1990) and Tim Allen Rewires America (1991). After turning down a number of leading roles in various series, Allen eventually persuaded the Disney studio to use his comedy routines as a basis for a new television seriesーit would be known as Home Improvement. 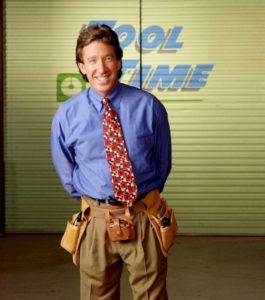 First premiered on the ABC Network in September 1991, the American sitcom revolved around the life of a TV host named Tim Taylor, whom is the father of three in a dysfunctional family along with his wife, Jill. Based on the stand-up comedy of Allen himself, the series would go on to become one of the most watched and most well-recieved TV shows during the 90’s; it would also be successful in propelling Allen into celebrity status. Starring other actors such as Patricia Richardson, Earl Hindman, Zachery Bryan, Jonathan Thomas, Richard Kam, amongst others, Home Improvement would continue for a total of 204 episodes, spanning eight seasons. 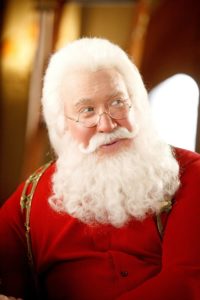 A few years after the start of his sitcom series, Allen also landed a leading role in the Disney holiday film, The Santa Clause in 1994. Directed by John Pasquin, the comedy told the story of Scott Calvin and how he found himself having to take on the role as Santa after accidentally causing the real one to fall down from his chimney. The first movie of The Santa Clause trilogy, it would also be Allen’s first big movie hit. Met with critically positive reviews upon its release, the film was also a success at the box office, having grossed over $144 in North America and over $190 million across the globe. Now a Christmas classic, the film is usually played multiple times on television during the holiday season.

Allen’s next big appearance on the big screen would be in that of Pixar’s animated film, The Toy Story.  Directed by film director John Lasseter, The Toy Story was the company’s first feature-length computer animated movie. First released in theatres in November 1995, the film revolved around a number of anthropomorphic toysーwho are only able to move when their humans are not present. In the movie, Allen provided the voice for Buzz Lightyear, a space ranger toy who later befriends the group. Other members of the cast include Tom Hanks, Don Rickles, Jim Varney, Wallace Shawn, John Ratzenberger, Annie Potts, amongst others.

Considered by many critics around the world to be the best animated movies ever created, The Toy Story has received many awards including eight Annie Awards, two Young Artist Awards and an Academy Special Achievement Award.; it would later also be inducted into the National Film Registry in 2005. Since then, the movie has also spawned two successful sequelsーToy Story 2 (1999) and Toy Story 3 (2010), all of which had Allen reprising his role as Buzz lightyear. A third spin-off has also been announced by Pixar, which is said to be released in 2018. 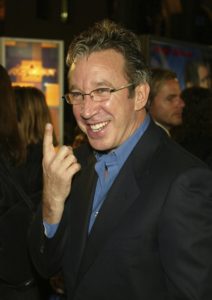 In terms of recent projects, Allen has been pretty busy this past year working on the ABC sitcom, Last Man Standing. Not only does the actor play the main role of Michael Baxter in the show, but he is also involved in the series as an executive producer. First broadcast in October 2011, the sitcom chronicles the life of Michael Baxterーa father of three who is also a marketing director and senior executive at an outdoor sporting goods store in Colorado. Despite mediocre reviews from critics, Last Man Standing has won a handful of awards including an Environmental Media Award, a TV Guide Magazine’s Fan Favourites Award and an ASCAP Film and Television Award. Having gained a loyal viewership, the series has continued to run for five years, with a sixth season scheduled to air in late September 2016.

Between working as a producer and an actor, Allen has also returned to his comedy roots for several of stand-up performances throughout the year. Since his first show at the Mirage Hotel earlier this April, he has performed at various venues across the country including The Colosseum at Caesars Windsor and the Island Resort and Casino, located in Harris.

As far as public appearances go, the actor was recently seen racing against fellow actor and rival, Jay Leno in a drag race this past August. While Leno showed up in the driver’s seat of an 800 horsepower 1966 Dodge Coronet, Allen in turn had showed up in a 1955 Ford Club Coupe. Since the video clip of the race was first uploaded onto Jay Leno’s official Youtube channel, it has been viewed over 475,000 times. Who won the race in the end? We’ll you’ll just have to watch the video for yourself!

If you’d like to stay up to date with the actor of Home Improvement fame, you can follow him on Twitter under the handle @ofctimallen. Alternatively, you can also find Allen on his official Facebook page!