What Happened to Shakira- News & Updates 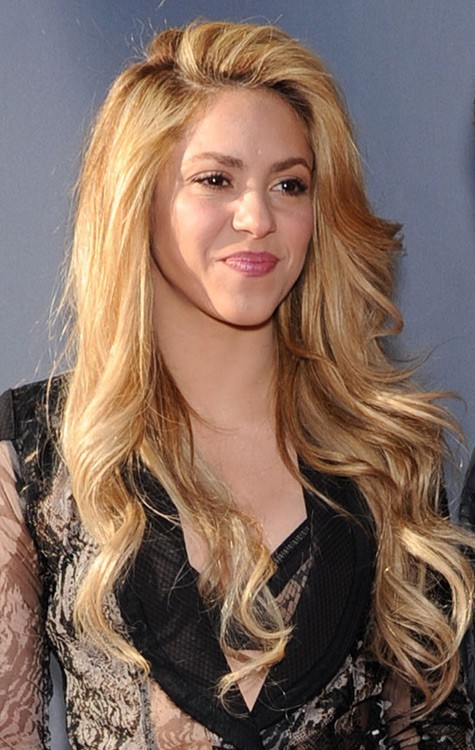 Shakira is a Colombian singer best known for having entered the anglophone world with her album, Laundry Service. A natural performer ever since she was a young child, Shakira first showcased her talents in Latin America when she released her debut album entitled, Magia at the age of thirteen. After a series of successful Spanish albums throughout the 90’s, she later released her first English studio album, Laundry Service in 2001. A huge hit, its lead single entitled, Whenever, Wherever would go on to become the best selling single of 2002. Over the next few years, Shakira has released a number of albums including Fijacion Oral, Vol. 1 (2005), Oral Fixation, Vol. 2 (2005), She Wolf (2009), Sale el Sol (2010) and Shakira (2014). In 2010, she also performed the official theme for the FIFA World Cup, Waka Waka (This Time for Africa)ーwhich would later become the best selling song in the history of the games.

Recognized for her talents and contributions to music, she has also garnered numerous awards throughout her singing career, including 28 Billboard Latin Music Awards, 8 Latin Grammy Awards, 5 MTV Video Music Awards, 2 Grammy Awards and 7 Billboard Music Awards. In addition, she has also received eight Award nominations including one for a Golden Globe Award for “Best Original Song in a Motion Picture” in 2008. In 2011, Shakira was also presented with a star on the prestigious Hollywood Walk of Fame. One of the top-selling Latin music artists of all time, she has sold a record-breaking amount of 125 million records since her debut in the early 90’s. She was also listed on the Forbes’ list of “Most Powerful Woman in the World” in 2014.

Besides her music and performing endeavours, Shakira has also made a handful of television appearances throughout the years. She made her first appearance on the small screen at the age of 19 in a brief acting role in the 1994 TV show, El Oasis. On top of that, she has appeared in the TV series, Taina (2002), Ugly Betty (2009), Wizards of Waverly Place (2010) and Dreamland (2014). In 2013, the music artist also became a judge and coach in the American singing competition, The Voice; she would continue her role on the show for seasons four and six.

But what has the Columbian star been up to since then? What happened to Shakira―what projects have she been taking on? Where is she now in 2018? 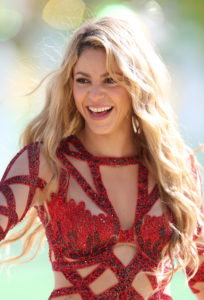 Born on February 2, 1977, in Barcelona, Spain as Shakira Isabel Mebarak Ripoll, she is the daughter of parents, William Memarak Chadid and Nidia Ripoll Torrado. She has Spanish and Italian ancestry from her mother’s side and Lebanon ancestry from her father’s side. Raised as a Roman Catholic in Barranquilla, Shakira also has eight older half-siblings from her father’s earlier marriage. Having watched her father write many stories on his typewriter throughout his early childhood, Shakira first wrote a poem entitled, “The Crystal Rose” at the young age of four. Recognizing his daughter’s interests and talents, her father later gifted Shakira her very own typewriter for Christmas when she was seven; she would then use it to continue with her interest of writing poetry.

Inspired by her father’s very own dark glasses, which he’d began to wear after the death of his older half-brother in a tragic motorcycle accident years prior, Shakira would write her very first song at the age of eight fittingly entitled, Your Dark Glasses. An aspiring performer, she was also known to have often sang and danced for her friends and teachers at her school. However despite her musical talents at the time, she would be turned down from the school choir for having too much vibrato. Known as the “belly dancer girl” amongst those who knew her, Shakira also got her first feels for live performance by having entertained a group of audience at her school every week with her dancing.

Having gained some recognition in her hometown of Barranquilla, she would then be invited to perform at various local venues over the next few years―this would eventually lead to her meeting Monica Ariza, a local theatre producer. Impressed by the young girl’s talents, Ariza began to help jumpstart her career; she would later convince Sony Columbia executive, Ciro Vargas, to hold an audition for the singer. After a successful audition, Shakira’s audition cassette was given to a song director by Vargas after he returned to the Sony office, however to his dismay, the cassette would be quickly dismissed by his higher-up. Not wanting to give up on the girl, Vargas made arrangements for the company executives to attend the audition in person. With the plan in action, Shakira later went on to land her very first record deal with Sony Music Columbia after having impressed the executives with her singing. 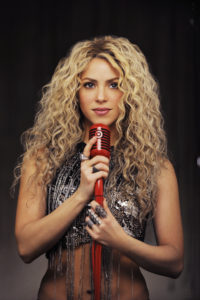 Shortly afterwards, Shakira released her first studio album entitled, Magia under Sony Music Columbia at the age of thirteen. Released in June 1991, the album contained a number of pop ballad tracks which the artist had wrote during her childhood. Although while the record acted to provide the young artist with much needed exposure, it would not fare well commercially having only sold 1200 copies worldwide. Following the poor success of her debut album, Shakira released later released a “follow-up” studio album entitled, Paligro in March 1993. However despite its release, the Colombian artist chose not to promote it at the time as she hadn’t been too pleased with the final product. While Peligro was slightly more well-received than her previous album, it’s lack of sales would eventually result in the cancellations of a number of upcoming performances.

Wanting to take a break from recording in order to focus on graduating high school, Shakira wouldn’t release her next album until 1995. Entitled, Pies Descalzos, her third studio album soon became a huge hit, in contrast to her earlier works, and had debuted at the number one spot in a handful of countries around the world. Having received generally positive reviews from critics upon its release, it would ultimately become her breakthrough record in Latin America. With over one million copies sold in her native country of Colombia, Pies Descalzos was shortly certified platinum by the RIAA. Since the album’s initial release in October 1995, it has sold over 5,000,000 units worldwide.

A few years after the success of her third album, Shakira released her fourth studio album entitled, Donde Estan Los Landrones? in September 1998. Inspired by an incident in which her written lyrics had been stolen from her suitcase, the album soon became an even bigger success than her breakthrough from years before. Having sold a stunning one million copies in one month, the album would garner her much wanted attention from the Latin American music world, including two Latin Grammy Awards for “Best Female Rock Vocal Performance” and “Best Female Pop Vocal Performance.” In 1999, Donde Estan Los Landrones? would also receive a nomination at the Grammy Awards for “Best Latin Rock Album.” 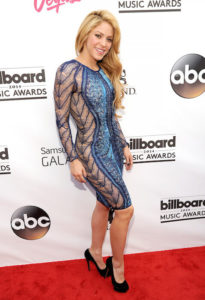 Following the success of her previous albums, Shakira began to work on her very first English album in early 2000―it would later be released in November 2001. Entitled, Laundry Service, the English album debuted at the number three spot on the Billboard 200 U.S. Chart and soon sold over 200,000 copies during the first week. Met with positive reviews upon its release, the album would play a major role in helping to establish a musical presence for the singer in the North American market. A huge hit, the album later became the best selling record of 2002 and would be certified triple platinum by the RIAA in 2004. Since then, Laundry Service has since sold over 20,000,000 copies across the globe, making it undoubtedly one of Shakira’s most successful records to this date.

Continuing on with her musical career in North America, Shakira released her second English studio album, Oral Fixation Vol. 2 in November 2005. Following the same style as her earlier works, the album featured many songs which incorporated various elements of pop rock and dance-pop. Having received favourable reviews from critics at the time, it debuted at the number five spot on the Billboard 200 chart and had sold over 128,000 units during the first week of release. Since then, the album has sold over 1.8 million copies in the United States and over 8 million units worldwide.

After being named as the fourth top-earning female singer in the music industry by Forbes, Shakira went on to release her third English studio album and eighth album overall entitled, She Wolf in July 2009. Praised for its originality, the record peaked at the number eleven spot on the Billboard 100 chart and was later certified platinum in the U.S. by the RIAA after having achieved one million digital downloads. To this date, She Wolf remains to be the Columbian artist’s second best selling digital song in the country, having sold over 1.8 million units online.

Since then, Shakira has released two more studio albums, the Latin Grammy Award winning Sale el Sol in 2011 and self-entitled, Shakira in 2014―both of which has been met with positive acclaim since their release. 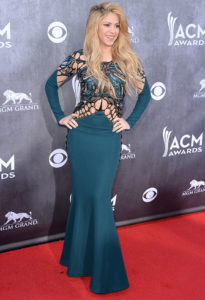 On the big screen, Shakira has recently lent her voice to a character named Gazelle,―a giraffe pop star idol, in the Disney animated film, Zootopia. Released on March 4, 2016, the movie revolved around protagonist Judy, a bunny cop, as she tries to uncover a conspiracy in the city with the help of a former con-artist, named Nick. A major box office success upon its release, the film has grossed over $1 billion across the globe, earning it the title of being the second highest-earning movie of 2016. In addition to voicing Gazelle, Shakira also sang the movie’s theme, Try Everything, which was featured multiple times in the film.

In terms of her music, the singer has also been busy chip away at her upcoming, eleventh studio album. Collaborating with music producer, Luis Fernando Ochoa, whom she had first worked with back in 1995, many have speculated the chances of it being a bilingual project to be very likely. Since being hard at work on the album, Shakira has also posted a number of fun photos and videos on her social media accounts, including that of her dancing to a few hits in the recording studio. According to sources, she will also be working with Canadian band, MAGIC! in the album. However despite the high anticipation by fans, no official release date has been announced as of yet.

If you’d like to stay up to date with the Columbian celebrity, then you’d be happy to know that the star is active on various social media platforms. You can find Shakira on Twitter, Instagram and Youtube all under the same handle―@shakira.