Hannah Lim knew that many toddlers have issues using the straw cups. The couple decided to invent the Lollacup to eliminate all of those challenges. Will the Sharks be as taken with the cups as their toddlers clearly are? Let’s take a look. 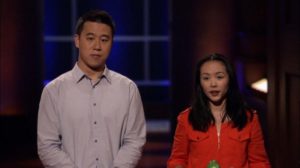 Mark and Hannah Lim walked out onto the stage and into the Shark Tank. They introduced themselves and said that they were seeking $100,000 investment in exchange for 15% of their company, Lollacup. Hannah said that they were speech and dental benefits of using straws as opposed to the traditional sippy cups. Hannah stated that most of the toddlers straw cups on the market had spill-proof valves that made them hard for the toddler to drink from. Cleaning them was also frustrating, Hannah said that the cups that were available in traditional retail spaces were just not cute enough. She and her husband Mark decided to create a stylish container that would be good for kids, and easy to clean for parents. Hannah said that what they worried about his safety, being parents themselves. They decided to manufacture the product in the United States so that it could be guaranteed to be made with safe plastics.

Hannah told the sharks that a sure-fire way to confuse the toddler was when the straw got lodged in the corner, preventing them from drinking the liquid that was already inside the cup. She said that the straw for the Lollacup was weighed so that children could drink from the cup even when it was tilted. The cup had handles on either side, which made it easier to hold. The handles come off quickly, so that parents could put it in the diaper bag, or even in a cup holder in a car. Hannah and insisted again that the Lollacup was easy to clean.

Her husband Mark stated that they were confident in the Lollacup, saying that they have a great product that sells. He told the sharks that he hopes that they help them take below to look up to the next level, and invest in their business. Robert ask them if they currently have sales, or if the sample they brought was a prototype. Mark L. stated that they’ve been selling for four months and currently had $30,000 in sales, as well as $5,000 that we ordered. He also said that they have a soft order of $30,000 for the holiday. Kevin wants to know how much the retail price was. Markel told him that it retailed for $18, and Wholesales for $9. He said that it cost them $4.50 to make one unit.

Lori wants to know how much a normal sippy cup cost the typical parent. Hannah let her know that they start at $5, and work their way up to $25 and Beyond. Kevin wants to know what the manufacturing cost would be if they decide to move their production overseas. Markell said that they could probably make them 4 $2 to $2.50. Kevin asked him again how much it cost to make them in the United States. Markell said that it cost $4.50. Hanna h piped up, stating that she didn’t want to go the overseas route. She knew plenty of mothers that would pay extra for baby items that were not made in China. Kevin asked her why she thought in today’s global economy, but a product made in China would be poorly made. Hannah said that she wasn’t making that assumption personally, but that’s just how other mothers react to products made in China. Hannah said that the moms that they hang out with we’re looking for either American-made or European made products. Kevin stated that he was having trouble with paying more than $10 for a sippy cup.

Mark told the couple that he enjoyed the weighted straw idea because his son does acrobatics with his sippy cup. Hannah said that they’d been approached by several big box stores. They took the prototypes to a trade show. Diamond wanted to know the specific big box stores they were contacted by. Hannah let him know that they were approached by Babies R Us. Hannah said that Babies R Us’ primary concern was the packaging. Robert asks them what was wrong with the packaging, and Mark L stated that it took up too much space on the shelves. Kevin said that the real problem was that it wasn’t stackable. What the packaging showed on stage was in a little triangle, which Kevin said could be fixed.

Kevin stated that what he was trying to figure out was what would move millions of products. Kevin declared that they made a better mousetrap with their product, and it was something that a lot of parents would want. He wanted to know what price point would make it available for every American family. Kevin said that 10 to $12 would probably be the maximum. And if they wanted to sell it for 999, which was an attractive price point, they would have to make it for $1.70. Hannah nodded. Lori wanted to know if the picture of two children on stage was a picture of the couple’s children. And they confirmed that it was. Lori wants to know if the girls use the cup. Hannah said that they loved it, and think of it as a toy when they first see it. They passed out samples to the Sharks as Lori continue to ask questions about who invented the idea. And I let her know that she was the person that used at the most, being the mom of the family. When I came up with the concept, and then they worked on it together.

Gloria told the couple that she loved their dedication, and thought the idea was ingenious. Lori wanted to know more about the two of them as a couple. And I told her that she and Mark start dating in the 7th grade. They got married 14 years later and start a family soon after that. They laughed and said that they didn’t want to think about their daughters dating anyone in the 7th grade. Damon wants to know how much of their money they had invested in the business. Mark said that they invested $100,000, which meant went to design work and casting. Damon to ask if there was a patent on the product. Hannah told him that they had just gotten an email that day saying that they were issued the design patent. Damon said that with their investment asked, they were putting the company’s value at $500,000. Markell said that they had just signed with a sales rep that would cover the entire United States. Kevin asked if they had given the sales rep exclusivity, and Markel told them that they had exclusivity for one year. Kevin wanted to know what guarantee they had that the sales rep would sell the product .Mark  L said that there is no guarantee. Kevin wanted to know what would happen if they didn’t sell anything. Mark L. looked blankly at him. Mark Cuban explains that they would be stuck with them as the exclusive seller for a year. Robert told them they should never do a deal like that. Kevin ask them if there are any performance metrics for the sales rep. Ma rk L Set that they were told to expect 200 accounts. Kevin told them that he would expect that too, but wanted to know what the consequences would be if they did not deliver. Mark didn’t have an answer. Kevin told them that they would learn the hard way, and never do a deal like that again.

Hannah said the sharks that they were currently selling at Buy Buy Baby stores as well as specialty stores. Lori went out, stating that she thought it was a great idea but it was not her Market. The Sharks stayed silent for a minute, as Robert took a drink from his straw cup. Kevin said that he wanted to start things off with the deal. Kevin wanted to give them $100,000 in exchange for 50% of the company, but they would have to Source the manufacturing off shore, and get the cost of the cup down. He assured them that they would sell millions of them. Mark L turned to his wife and asked what she wanted to do.

Mark wanted to know more about their sales rep. Mark L Said that they had just signed with the sales rep, and they were currently at a trade show. Mark stated that he was trying to figure out if the couple we’re still able to go out and sell on their own. Mark L said that there are no limitations, and they still went out and sold things. Mark Cuban asked if they still had to go back and run that sale through the sales agent, and they agreed that they did. He said that they were paying him 15%. Mark L stated that his manufacturer and the designer wanted to invest, but he walked away from that money to spend with winners like the sharks. Daymond said that he would match Voldemort’s deal with $10,000 in exchange for 15% of the company, with a contingency that they can get out of the sales agent agreement. Kevin said that he didn’t have that contingency because he could meet with that person and motivate them himself.

Mark L ask Robert if he would be willing to do $100,000 in exchange for 40% of Lola cut. Mark got out of his seat and said that he would take that deal. Mark L. said that he had to respect Robert, I would just ask him a question. Daymond told Mark Cuban to sit down. Mark Cuban told them that if he sits down, the deal goes away. The Sharks started cutting each other off and making deals on top of each other. Daymond went out saying that they took too long. And I asked Mark if he would be willing to go in with Robert because they wanted both of their expertise. Robert and Mark agreed on a deal, $100,000 in exchange for 40%.

Lollacup Now in 2018 – The After Shark Tank Update 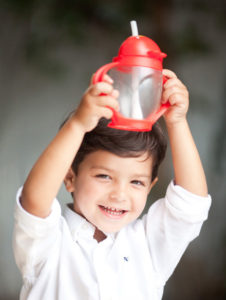 This business is still alive and well, and innovating new products in 2016. According to their Facebook page, those products include a children’s playmat as well as a full line of children’s mealtime dishes. Lollacup is also international now – they are selling their cups at Kids Emporium in South Africa.