What Happened to Tanya Tucker-News & Updates 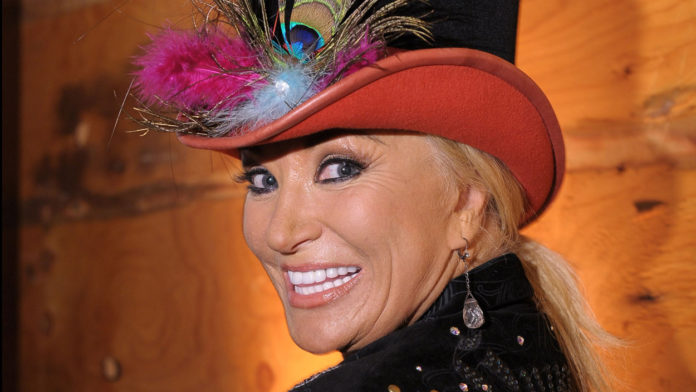 Tanya Tucker is an American country singer who broke into the entertainment scene at the age of 13 with her single, Delta Dawn. Exposed to country music ever since her early childhood, Tucker’s vocal talents were noticed when she was still in grade school. After performing regularly at a number of local events, her paths eventually crossed with music producer Billy Sherrill, who impressed her Tucker’s singing, signed the then thirteen year old to his label, Columbia Records. Soon after securing the recording deal, the young artist recorded and released her first professional single, Delta Dawn in 1973. A chart topper and huge sensation, the song was significant in helping to get Tucker’s name out there as a singer during the 70’s. Since her first steps into the industry, she has grown into one of the most recognized female country singers, having released over two dozen albums and over sixty singles!

Highly regarded in the realm of country music, Tucker has made numerous achievements as an artist since her debut in 1973. Not only has she achieved over half a dozen top ten studio albums but she has also had forty of her singles chart amongst the top ten. A distinguished singer, Tucker has won several awards throughout her professional career; to date, she has won three Academy of Country Music Awards (e.g. Top New Female Vocalist, Video of the Year, Pioneer Award), two Country Music Association Awards (e.g. Album of the Year, Female Vocalist of the Year), two CMT Artist of the Month Awards (e.g. Artist of the Month Award for April and March), and various others. In 2002, Tucker was also included in CMT’s list of “40 Greatest Women of Country Music.”

Besides her work as a country artist, Tucker has also dabbled into acting. She made her film debut when she was only fourteen years of age in the 1972 film, Jeremiah Johnson. Some of her other early works from the 70’s and 80’s include Amateur Night at the Dixie Bar and Grill (1979), The Rebels (1979), The Wolfman Jack Radio Show (1980), Hard Country (1981), The Love Boat (1983), Fantasy Island (1984), and multiple others. On top of being an actress, Tucker has also appeared in a variety of documentaries over the years such as Bill Ray Cyrus: Dreams Come True (1993), Opryland’s Country Christmas (1994), CMT: 40 Greatest Women of Country Music (2002), American Masters (2010) and Country: Portraits of an American Sound (2015). In 1994, she was also a celebrity contestant in the well-known game show, Wheel of Fortune.

So what has the child performer turned adult celebrity been up to these past few years? Has she taken on any new projects recently? What happened to Tanya Tucker? Where is she now in 2018? 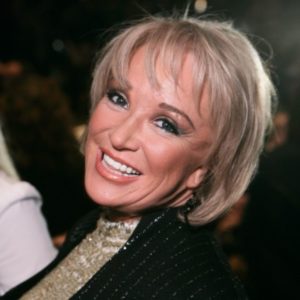 Born on October 10, 1958, in Seminole, Texas, Tana Denise Tucker is the daughter of Juanita and Jesse Tucker; she is a youngest out of four siblings. Raised in the city of Willcox, Arizona, Tucker grew up listening to country musician the town’s only radio station. Due to her father’s work as a heavy equipment operator however, the young girl moved a lot with her family during her early years. When Tucker was six years old, she received a sax, which she soon began learning how to play. However not long after taking up the instrument, she realized she was in fact, more interested in singing. While she continued to develop her vocals, she attended many country concerts such as that of Mel Tillis and Ernest Tubb. By the time she was eight years old, Tucker had already had her heart set on becoming a female country singer.

Eventually moving to the city of St. George, Tucker found herself auditioning for a role in the feature film, Jeremiah Johnson. Although she was ultimately not chosen for the part, she was offered a minor role in the movieーit would be her first time on the big screen. Soon after that, the aspiring singer received a musical break when she landed an opportunity to be able to sing on stage with country artist, Judy Lynn at the Arizona State Fair; moved by singing, she was eventually invited by Lynn to stay on the show. Wanting to seek more musical opportunities, Tucker later moved to the bustling city of Las Vegas to pursue her dream of becoming a music artist. Quickly settling in as a singer in the new area, she began to record a number of demo tapes in hopes of gaining the attention of various recording labels; one of the said tapes would ultimately find its way to music producer and A&R head Billy Sherrill, who impressed by her talents, signed the teen under Columbia Records. 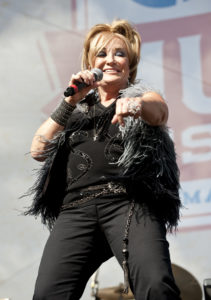 In late spring of 1972, Tucker released her debut single entitled, Delta Dawn. Originally written by Alex Harvey and Larry Collins, the song was known for drawing bits of its melody from the traditional Scottish piece, The Bonnie Banks o’ Loch Lomond. An immediate hit, the single peaked at number six on the US Country Albums Chart and also made its way to the American Pop Charts. Although the recording label initially tried to conceal Tucker’s real age at the time of the single’s release, word eventually got out which surprisingly garnered Tucker much widespread attention as a gifted child singer.

One of the youngest music artists to ever delve into country music, Tucker released her first studio album, Delta Dawn in October 1972. Produced by Billy Sherrill, the album ultimately kicked off the singer’s career. Featuring her hit title song from a few months prior, Delta Dawn, the album also showcased ten other tracks including If You Touch Me (You’ve Got to Love Me), Loving You Could Never Be Better and The Happiest Girl in the Whole USA, and a few others. Generally positively received, Delta Dawn later peaked at number thirty-two on the US Top Country Albums Chart.

A year later, Tucker released her second studio album entitled, What’s Your Mama’s Name in April 1973. Her second collaboration with famed music producer Billy Sherrill, the album was warmly received by fans and critics upon its release; it featured eleven country tracks, a handful which would later go on to be released as singles. In fact, the songs Blood Red and Goin’ Down and What’s Your Mama’s Name became the singer’s first number one hit singles at the time. A strong follow-up to her debut album, What’s Your Mama’s Name was certified Gold by the RIAA in February 1995 for selling over 500,000 copies.

In February 1974, the country singer released her second Gold certified album, Would You Lay with Me (In a Field of Stone). Her last record with Columbia, it included many hit tracks such as The Man That Turned My Mama On, Let Me Be There and Why Me Lord?. Commended for her ability to handle the melodies and lyrics, Tucker was praised by critics for being a “fully developed artist” despite having only been sixteen at the time. Her first album to chart in the Billboard 200 (where it ranked number 159), it also later peaked at number four on the Top Country Chart, similar to her previous effort.

After signing a new recording deal with MCA Records, Tucker released her next big album, TNT in November 1978. Her ninth studio album, it was noted for its gravitation towards rock sounds instead of her earlier country style. Although it wasn’t necessarily embraced by critics, TNT was a commercial success, peaking at number two on the US Country Chart and at number fifty-four on the Billboard 200. In Canada, it was also a sensation where it reached number two on the RPM Country Charts and number fifty-two on the Canadian Albums Chart. As of February 1979, the album made over 500,000 sales and earned Gold Certification from the RIAA.

Now a veteran singer, Tucker released her next breakthrough album, What Do I Do with Me in July 1991. Her highest-ranking album at the time, it peaked at number six on the US Country Albums Chart and at number forty-eight on the Billboard 200; over the border towards the north, it peaked at number ten on the Canadian Country Charts. Hailed to be the singer’s best work to date, What Do I Do With Me eventually spawned four top ten singles including Down to My Last Teardrop, Some Kind of Trouble, (Without You) What Do I Do With Me and If Your Heart Ain’t Busy Tonight. The next year, it was certified Platinum by the RIAAー making it Tucker’s first to achieve such a feat.

Since then, she has released six more full-length albums; all finding its way onto the charts, two would go on to receive Gold and Platinum certifications. 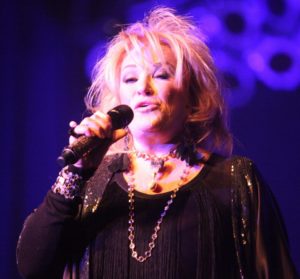 While she hasn’t released any new records lately, the famed country singer has been hitting the road for her 2016 tour. Kick started earlier this year, the tour was met with such enthusiasm from fans that it has already been extended multiple times. After a highly anticipated series of concerts throughout the earlier part of 2016, the second leg of the tour took place in Cape May on Memorial Day weekend and has since been continuing through the autumn months. The winner of the 2016 Cliffie Stone Pioneer Award, Tucker is currently scheduled to perform her tunes onstage until early December at the Gold Nugget in Las Vegas.

However despite the tour being a highly anticipated one, it isn’t without hiccups; in March, a show in Florida was postponed after Tucker came down with a bout of bronchitis, which was severe enough to require hospitalization. Although she wasn’t happy about disappointing her fans, she realized that health did come first, according to the General Manager of the Festival. After being treated for and recovering from the condition however, Tucker was more than excited to continue on with her tour.

Do you want to stay connected with the female country star? Now you can simply by following Tanya Tucker on social mediaーyou can find the vocalist on Instagram (@thetanyatucker) or on Twitter (@tanya_tucker). Also be sure to check out her official website and Facebook page!