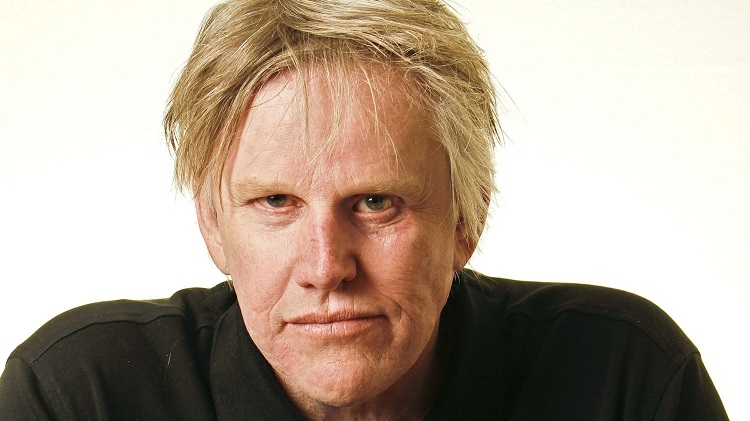 Gary Busey is a prolific American actor, having appeared in about 170 movies and television shows, such as Lethal Weapon, Predator 2, Point Break, Lost Highway and Fear and Loathing in Las Vegas.

You might not know it but he was born in 1944 in Texas. After he graduated from Nathan Hale High School in Tulsa in 1962, he attended Pittsburg State University on a football scholarship. An injury put a stop to his plans of becoming a professional athlete, and because of that he became interested in acting.

Busey started out in 1971 in the movie Angels Hard as They Come. Over the next few years, he appeared in several more small films and TV shows, usually playing country and rebellious characters.

In 1974 Busey made his major film debut in Thunderbolt and Lightfoot, starring Jeff Bridges and Clint Eastwood. In 1976 he appeared in A Star is Born, where he played Kris Kristofferson’s road manager.

In 1978, he played rock legend Buddy Holly in “The Buddy Holly Story.” This would be Gary Busey’s most critically acclaimed performance, earning him an Academy Award nomination and the Best Actor Award from the National Society of Film Critics. Later that year, he appeared in low budget drama “Straight Time” which was also well-received.

In 1987 Busey played in the hit movie “Lethal Weapon” with Mel Gibson. In 1990 he was in “Predator 2 and in 1991 he played an agent in the movie “Point Break.”. In 1992 he also played a psychotic Navy officer turned mercenary in “Under Siege.” He was also in Rookie of the Year, The Firm, Black Sheep, and Lost Highway.

In 2003, Gary Busey appeared on his own reality show on Comedy Central, called “I’m with Busey.” In 2007, he played a fictionalized version of himself in three episodes of Entourage. He also voiced himself in a Simpsons episode.

Busey continues to appear on reality shows. He was on Celebrity Apprentice 4 and Celebrity Apprentice 6, and appeared on the UK version of Celebrity Big Brother. He also participated in the 21st season of Dancing with the Stars where he was paired with professional dancer Anna Trebunskaya. They finished I 10th place.

But Busey did not retire from acting. In 2016, he had seven movies in production: Candiland, Sharknado 4: The 4th Awakens, Mamaboy, Daze: Vol. Too, The Gettysburg Address, King of LA, and Camp Manna. He also does commercials for vitamin water and Amazon Fire TV.