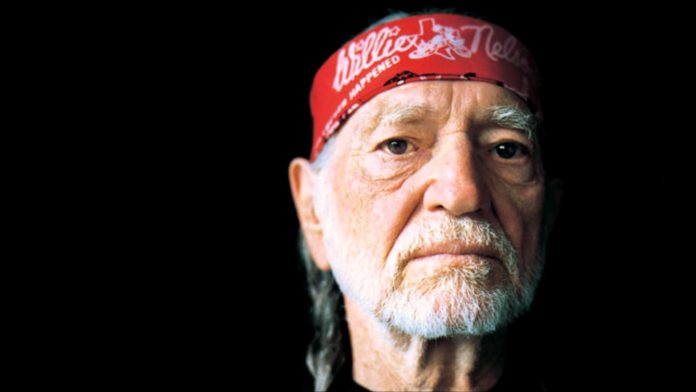 Willie Nelson is an American country singer who is best known for hits Stardust and Red Headed Stranger. One of the most renowned recording artists in the genre, Nelson had an early interest for music and wrote his first song at the age of seven. After joining and singing for a number of bands, he eventually signed a recording deal with Liberty Records during the early 1960’s. Nelson subsequently released his debut album, …And Then I Wrote in 1962. Following the success of his first studio album, he soon secured a contract with RCA Victor and became a part of the Grand Ole Opry in 1965. Throughout his multiple decade-long career, the country singer has recorded over sixty full-length albums and well over a hundred singles!

A veteran and house hold name, Nelson has garnered quite a collection of awards and titles over the years. Since first entering the entertainment industry back in the 60’s, he has received eleven Grammy Awards, seven American Music Awards, nine CMA Awards, five Academy of Country Music Awards, two Music City News Awards, and a couple of others. A distinguished member of the music world, Nelson also had an award instituted in 2012 by the CMA after himself, termed the “Willie Nelson Lifetime Achievement Award”ーan award given to those who have attained the greatest level of recognition in country music (it’s also no surprise that Nelson himself was the first recipient!). In 2008, he was also listed as “One of the 100 Greatest Singers of All Time” by the Rolling Stone Magazine.

In addition to being a famed musician, Nelson is also an established actor who has dipped quite frequently into acting. He made his television debut in 1978 when he guest starred in the crime series, The Rockford Files. Some of his other acting projects include The Electric Horseman (1979), Coming Out of the Ice (1982), The Last Days of Frank and Jesse James (1986), Once Upon a Texas Train (1988), Adventures in Wonderland (1994), Nash Bridges (1997), The Dukes of Hazzard: The Beginning (2007), amongst countless others. On top of those appearances, Nelson has also been featured as a musical performer on dozens of American talk shows such as The Tonight Show with Jay Leno (2008), The Late Late Show with Craig Ferguson (2010), Jimmy Kimmel Live! (2014) and Late Show with David Letterman (2014), to name a few.

But what has the country legend been up to these last few years? What has he been spending his time on lately? What happened to Willie Nelson? Where is he now in 2018? 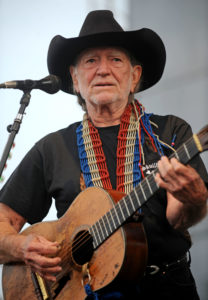 Born on April 29, 1933, in Abbott, Texas, Willie Hugh Nelson is the child of Myrle Marie and Ira Doyle Nelson. Growing up during the Great Depression, Nelson was raised alongside his older sister, Bobbie majorly by his grandparents. As a young boy, he was first exposed to music when his grandmother took him and Bobbie to a small Methodist Church; it was there that be first learnt to appreciate the tunes from the hymn books. Both musicians themselves, his grandparents often encouraged Nelson to pursue and play music; it wasn’t long before he received his first guitar, when he was six years old. Taking quickly to the instrument, Nelson soon wrote and composed his very own song by the time he was seven.

During his teen years, Nelson was involved with a handful of bands including the Bohemian Polka, where he took on the role of being the lead vocalist; together with his bandmates, he toured and performed locally during the late 1940’s. Shortly after graduating from high school, Nelson made the decision to join the Military’s Air Force but was ultimately sent back due to back issues. Upon his return, he went to Baylor University in Waco, Texas before dropping out to chase his dreams of becoming a musician. Wanting to close the distance between himself and the opportunities available in music, he eventually moved to the city of Vancouver in Washington, where he found work as a singer and as a disk jockey at a radio station. After much perseverance, he ultimately secured a major recording contract with Liberty Records in 1962. 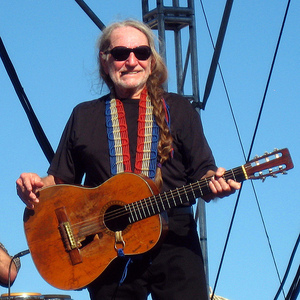 Nelson made his mark in the country music world when he released his debut album, …And Then I Wrote in September 1962. Recorded during August and September of that year, the album featured twelve tracks; six on each side of the disc, all of which were Nelson’s own pieces of work. Although …And Then I Wrote did not chart upon its release, it later gave rise to the singles The Part Where I Cry and Touch Me; the latter would go on to peak at number seven on the Billboard Hot Singles Chart in the US. Warmly received by critics, the single received a four star rating form Allstar and was praised for its “interesting country style sounds” by Billboard.

After signing with a new recording label in 1964, Nelson released his first charting album, Country Willie – His Own Songs in 1965. Produced by Chet Atkins, the album consisted of twelve songs including One Day at a Time, Mr. Record Man, My Own Peculiar Way and several others. Met with greater success compared to his earlier projects, Country Willie – His Own Songs eventually peaked at number fourteen on the US Top Country Albums Chartーmaking it his first record to chart in the United States. Later that same year, he would also become a member of the Grand Ole Opry.

Throughout the rest of the 60’s, Nelson recorded and released six more full-length albums; of the six, five would go on to chart in the US. Most noteworthy is his fifth studio album, Make Way For Willie Nelson, which peaked at number seven. 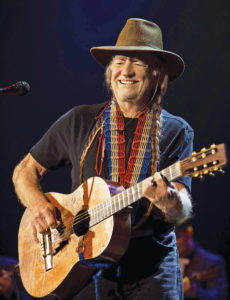 Following over half a dozen of album releases during the early 1970’s, Nelson got his breakthrough in the country music scene with his album entitled, Red Headed Stranger. Released in in May 1975, the album was also his first produced under Columbia Records. Largely a concept album, the album centred around a fugitive who was on the run after unlawfully killing his wife and lover. Quickly becoming a best-seller, the album topped the Top Country Albums Chart and stayed at the number twenty-eighth position on the Top LPs and Tapes Album for a total of 43 weeks. Given nothing but glowing reviews, Red Headed Stranger was significant in propelling Nelson into celebrity stardom during the 1970’s. Soon spawning two singles, the album has since received 2x Platinum Certification in the US after selling over 2,000,000 copies in the country.

The next year, Nelson released his nineteenth studio album entitled, The Sound in Your Mind in 1976. His second under Columbia Records, the album contained nine songs, all of which were composed by the singer himself. Peaking at the number one position on the Top Country Chart in the US, it later also made its way up to the number forty-eighth position on the Bill board 200. Hailed for its inspiring arrangements and mix of sounds, the album has since sold over one million units in the United States, earning it Platinum status.

After over a decade of making a name for himself, the country singer released his best-selling album to date, Stardust in April 1978. Containing a blend of jazz and pop music sounds, the album was met with immediate positive attention upon its release, charting at the top of the Top Country Albums Chart in the US and at number thirty on the Billboard 200. Named as the “Top Country Album of the Year for 1978”, Stardust later garnered the singer a prestigious Grammy Award for the category of “Best Male Country Vocal Performance” for the track, Georgia on My Mind. Showered with nothing but praises, the album earned over two million dollars for the artist as of 1984 and has also since received 3x Platinum status from the RIAA.

Carrying on with his music career into the 80’s, Nelson released his next bit hit, Always on My Mind in 1982. Dubbed as the “number one country album of 1982”, it stayed at the top of the Top Country Chart for a staggering 22 weeks and also spent a total of 99 weeks on the US Billboard 200 Chart. Internationally, it was also a success in a handful of other countries including Germany, Australia and Canada. A huge sensation, Always on My Mind received much positive feedback from critics and have since been certified 4x Platinum for achieving over 4,000,000 sales. 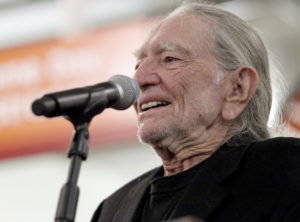 In February of this year, Nelson released a new studio album entitled, Summertime: Willie Nelson Sings Gershwin. Recorded after being honoured with the Gershwin Prize, the album contained eleven tracks including the duets Embraceable You with Sheryl Crow and Let’s Call The Whole Thing Off with fellow musician, Cyndi Lauper. Debuting at the number one position on the Top Jazz Albums Chart, Summertime: Willie Nelson Sings Gershwin quickly sold over 13,000 copies in the country during the initial week of release; it later climbed to the fortieth position on the billboard 200 Chart.

Not long after the release of the Gershwin album, Nelson released yet another entitled, For The Good Times: A Tribute to Ray Price in September 2016. Showcasing twelve countrypolitan and honky tonk tunes, the album was recorded as a means of paying tribute to one of the country’s most legendary musicians, Ray Price, who was also a personal long-time friend of Nelson’s. After its release, the album successfully charted at number five on the US Top Country Albums Chart and at number eighty-four on the Billboard 200.

On top of his work as a recording artist, he has also been busy behind the camera for a variety of different television productions including the documentary, Revolution: The Legacy of the Sixties. Still in the filming stage, the film will explore the western cultural revolution of the 1960’s, according to the primitive summary posted on its IMdb page. Besides this project, Nelson was also involved with The Best Democracy Money Can Buy (which has since been released), Also Starring Austin and Lovey: King of the Roadiesーwhich are both currently in the post-production process. It should be fair to assume that they will be released sometime within the next year.

If you’d like to know more about or stay up to date with the country legend, you can follow him on social mediaーWillie Nelson is often active on Twitter under his handle, @willienelson. Alternatively, you can also visit his official Facebook page, or visit his website for more of the star’s latest news!