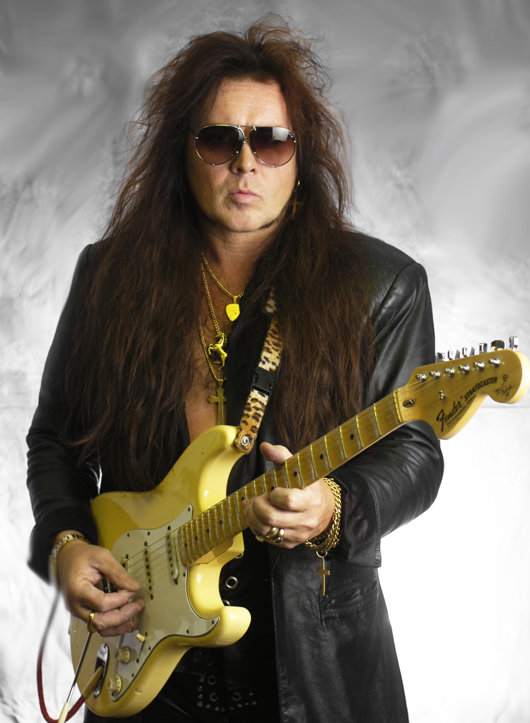 Yngwie Malmsteen is known for both his interesting, hard to pronounce name as well as his refined metal and rock style. While not popular in the United States, Yngwie Malmsteen is a huge name overseas and has been popular for more than 40 years now – he is nearly 53 years old. Who is Yngwie Malmsteen, what has he done for the hard rock and heavy metal music scene, and why should you care? Where is he now? Read on more to find out.

Yngwie Malmsteen was born as Lars Johan Yngve Lannerback to two music-inclined parents in Sweden in 1963. When he was only a 10 year old boy, he created his first band that consisted of just him and a friend from school playing guitar and drums, respectively. A couple years later, he changed his last name from Lannerback to Malmsteen, and then took ti upon himself to change Yngve to Yngwie. This would set the path for him to eventually rise to fame through his interesting name, and interesting guitar style.

When Yngwie Malmsteen was a teenager, he discovered classical music and was subsequently influenced by the music style; at the same time, he had also begun listening to the hard rock of the era (late 1960s into the 1970s). His favorite guitarist at the time was Ritchie Blackmore, who would become a huge influence on his life. Although Yngwie Malmsteen claims that he was never influenced by guitarist Jimi Hendrix, the infamous video and pictures of when Jimi Hendrix smashed and then burned his guitar influenced Malmsteen into becoming a guitarist later in life.

Yngwie Malmsteen would turn 18 in the year 1982, and he was flown over to the United States by Mike Varney on the Shrapnel Records label. Mike Varney heard a sample of Yngwie’s work on the short sample album, “Demo Powerhouse.” Yngwie was flown to the states on Mike Varney’s time, and eventually would begin to play guitar under Mike’s direction. He appeared on a variety of albums thereafter, including Steeler’s self-titled album “Steeler,” and then would also make an appearance on Graham Bonnet’s 1983 first release album, “No Parole from Rock ‘n Roll.” Yngwie spent his time in the United States playing as a guitarist for primarily studio release albums, but also made appearances on live tour; a live tour album named “Live Sentence” was recorded by Steeler in 1984.

Yngwie would then venture to a solo project after his time with Steeler, and Yngwie Malmsteen released his first solo effort, “Rising Force.” The album was intended to be a solo effort and an instrumental of Graham Bonnet’s Alcatrazz album, but instead Mike Varney saw it fit to produce the music as he liked. The album included vocals and distasteful production, in Yngwie’s eyes, and shortly after, he would leave Shrapnel Records.

However, Yngwie Malmsteen’s solo effort would receive an award for best rock album and was even nominated for a grammy award; it also managed to chart at the 60th position on the Billboard 200 chart. The band took on the name Rising Force, and Yngwie Malmsteen’s music career would start.

Yngwie Malmsteen would form an official band and in 1985, their next album was released. This album was named “Marching Out,” which included some vocals, but Yngwie retained creative control over the entire thing. He joined up with Jeff Scott Soto on the vocals, Anders Johansson on the drums, and Marcel Jacob on the bass guitar – Yngwie himself was the lone guitarist. However, Marcel Jacob would leave in the middle of the tour for personal reasons, and would be replaced by Wally Voss. This would set the trend as Yngwie’s new band started to look towards their third and newest album.

Malmsteen’s band released their third album, “Trilogy,” in 1986, which featured a new vocalist. Yngwie switched from the guitar to the bass on this album. Unfortunately, after the release of Trilogy, Yngwie Malmsteen would be injured in a car accident after running into a tree, which would hospitalize him in a coma for more than a week. Severe damage was done to both Yngwie and his car, and there was said to be nerve damage to his right hand, his guitar playing hand; to compound the horrible circumstances, Yngwie Malmsteen’s mother also passed away from cancer during this time.

Not to be held down by the miseries of life, Rising Force, led by a rejuvenated Yngwie Malmsteen, would release their fourth album by the name of “Odyssey.” Odyssey featured their largest album yet, “Heaven Tonight,” and Rising Force would move on to tour around the world including the Soviet Union. After the tour, the original line-up would completely wash away, as Jens would go on to join a popular band by the name of Dio, and Anders would go on to join Blue Murder. 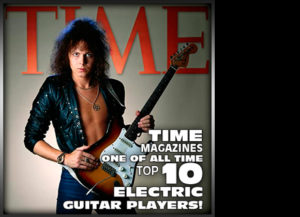 lbum count to 8 self-released albums, and many, many more albums with his guitarist work on it. Unfortunately, Yngwie Malmsteen underwent some trouble with his mother-in-law who claimed that Yngwie Malmsteen had committed a crime, but these charges were eventually dismissed.

Not to be held down by circumstances beyond his control, Yngwie Malmsteen would continue to unleash a barrage of albums; he would release the album Magnum Opus in 1995, Inspiration in 1996, Facing the Animal in 1997, Double LIVE in 1998, and Alchemy in 1999. After the release of Alchemy, he would eventually reunite with former Rising Force members Marcel Jacob and Jeff Scott Soto as a guest lead guitarist on a track titled “Jealousy.” He would also make an appearance on Saxon’s album The Eagle Has Landed Part II during the song Denim and Leather, and would even reunite with Jens and Anders Johansson on their self-titled album on the songs Engima Suite and All Opposable Thumbs.

Rising Force would continue, of course, and Malmsteen’s band would eventually replace any of the members that left his band – the singer left in 2000 and was replaced by Mark Boals. The group then released their 9th album, “The War To End All Wars” in 2000 with Boals on the vocals. Yngwie would then join two other famous guitarists, Joe Satriani and Steve Vai, in a collaborative effort known as the G3 Supergroup, where the trio toured around the world to show off their guitar skills that were simply unparalleled.

Yngwie Malmsteen would continue to make guest appearances, performing guitar work on both of Derek Sherinian’s albums, Black Utopia and Blood of the Snake, which were released in 2003 and 2006 respectively. He would also become somewhat of a pop culture icon and make guest appearances on Adult Swim’s hit show, Harvey Birdman: Attorney at Law. In 2005, Yngwie Malmsteen and Rising Force would release their 10th album, Unleash the Fury. This album was titled after an incident during a Japanese tour in 1998 – Yngwie had fallen asleep due to alcohol and exhaustion, and a woman poured water on him. Yngwie awoke and in his rage, he screamed, “You’ve unleashed the fury!” A fellow band member managed to record the incident on audio, and the audio was even sampled on the album – great self-awareness fm Yngwie Malmsteen.

Yngwie Malmsteen may have reached the apex of his popularity in 2007 when he received an achievement named after him in the Xbox 360 game, “Guitar Hero II.” The achievement pertains to the player reaching 1000 notes without failure. The rock band-style games would not end there, and Yngwie Malmsteen and Rising Force had three of their songs released for Rock Band 2 and Rock Band 3; these were Caprici Di Diablo, Damnation Game, and Red Devil.

Yngwie would continue to release albums – in 2008, the singer of Rising Force was yet again replaced, but this time by a singer who had performed in Iced Earth and Judas Priest – musicians with lots of talent and a padded resume were seeking out Rising Force and joining it. During this time, Yngwie Malmsteen founded his own record label by the name of Rising Force, simply copying the band. They would release their first album under the label, and Rising Force’s 11th collaborative effort, named Angels of Love. This was a far cry from the previous rhapsody-type music and was instead an instrumental album, which was a tribute to Yngwie Malmsteen’s efforts over the past 20 years and instead focused on acoustic remasters of his work.

Relentless was released in 2010 and was his 12th album, and Yngwie Malmsteen would appear on Jimmy Fallon’s talk show during February of 2011. Malmsteen had become a pop icon then, and he would even make an appearance at St. Louis Cardinals and Florida Marlins game to perform his version of the Star Spangled Banner. Spellbound was released in 2012, which was Rising Force’s 13th album and marked the special occasion of Yngwie Malmsteen appearing on more than 30 separate albums. He would continue on with both touring and working in the studio, and has been confirmed to be working on a new solo album as of February 2015; the album was released on June 1, 2016, under the name “World on Fire.” Of course, this album was released on the Rising Force label.

Yngwie Malmsteen is a guitar icon and the idea of a pure rock and roller manifest; he came over from Sweden (and truthfully, has barely returned since he was brought to the United States) and played guitar for a living. He never worked another job in his life and made his living through simply playing guitar and touring. Yngwie Malmsteen is also a Ferrari enthusiast and has owned various models of the car.

Yngwie Malmsteen married to his wife, April Malmsteen, and together they have one son, named Antonio Vivaldi. The family currently resides in Miami, Florida, and Yngwie Malmsteen still continues to shred on guitar to this day.