What Happened to Neve Campbell? News and Updates 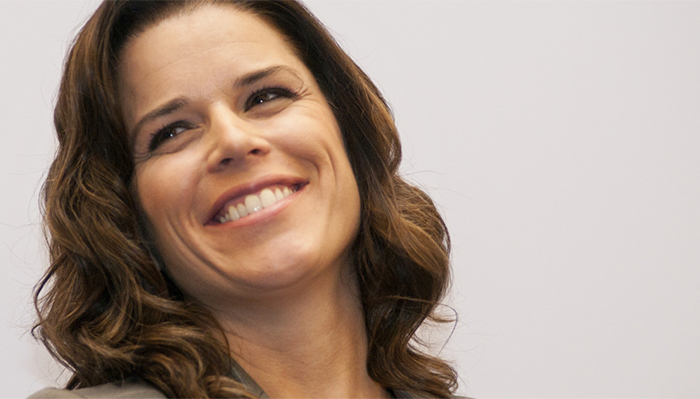 Neve Campbell is a Canadian actress best known for her leading female role in the popular horror film series, Scream. Having first appeared on television in a Coca Cola commercial at the age of eighteen, Campbell played a number of roles throughout the 90’s both on television and filmーher TV debut was that of a cameo character in the sketch comedy, The Kids in the Hall in 1992. Some of her other earlier works include My Secret Identity (1991), The Kids in the Hall (1992), The Dark (1993), The Passion of John Ruskin (1994), I Know My Son is Alive (1994), Are You Afraid of the Dark? (1994) and The Craft (1996). In 1994, she was also cast  in a leading role for the first time in the Fox teen drama, Party of Five.

Five years after her debut, the brunette eventually landed her breakthrough role on the big screen in the 1996 horror movie, Scream. Having played mostly minor characters in various films prior to Scream, it would be Campbell’s first time portraying the role of a leading protagonist in a movie. Created by Kevin Williamson, the slasher film followed the life of a high school student named Sidney Prescott (played by none other than Campbell herself) who finds herself becoming the target of a mysterious murdered named Ghostface. Despite having been released over twenty years ago, Scream remains to be one of the best classic thrillers ever made; since it first screened in theatres in December 1996, the movie has also spawned a handful of successful spin-offs including, Scream 2 (1997), Scream 3 (2000) and Scream 4 (2011).

Over the next two decades, Campbell continued to appear in numerous television series and movies, including Drowning Mona (2000), Investigating Sex (2002), Last Call (2002), The Company (2003), Churchill: The Hollywood Years (2004), Relative Strangers (2006), Medium (2007), Grey’s Anatomy (2012) amongst several others. In addition to her work as an actress, the brunette has also lent her voice to a handful of animated shows including the Disney direct-to-video film, The Lion King II: Simba’s Pride (1998) and the well-known Simpsons (2009) series.

But what has the talented actress been up to as of late? What happened to Neve Campbell? What has she been working on recently? Where is she now in 2018? 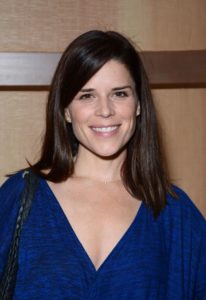 Born on October 3, 1973 in Guelph, Ontario, Neve Adrianne Campbell is the daughter of Gerry Campbell, a high school drama teacher and Marnie Campbell, a psychologist and yoga originating from Amsterdam. Born into a performing family, both of Campbell’s paternal grandparents were actors and her grandparents from her mother’s side had also run a theatre company back in the Netherlands. The brunette has three brothers named Damian, Alex and Christian; they are of Sephardi Jewish lineage.

When Campbell was two years old, her parents divorcedーleading her to have mostly spent her childhood with her father, whom had received custody of Campbell and another one of her brothers at the time. However while she had lived with her father, she would also regularly visit her mother and other brothers at their home. At the age of six, Campbell was brought to see a production of The Nutcracker; impressed by what she’d seen, the experience would eventually inspire the young girl to take up ballet lessons at the Erinvale School of Dance. Following several years of dance training, Campbell moved to live at the residence located at the National Ballet School of Canadaーduring her time training with the institution, she would also appear in a number of performances including, Sleepy Beauty and The Nutcracker.

However despite her talents and interest in ballet at the time, Campbell would ultimately turn her attention to acting following a series of dance-related injuries at the age of fifteen. She eventually performed on the stage for the first time as an aspiring actress in the musical, The Phantom of the Opera in Toronto while attending the John F. Ross Collegiate Vocational Institute located in her home city of Guelph. 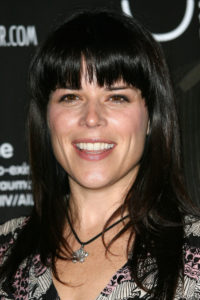 At the age of eighteen, Campbell landed her first professional acting role in a Coca Cola television commercial. Shortly afterwards, she was cast as a main character in the first season of the Canadian drama series, Catwalk. First premiered on YTV in October 1992, the series revolved around a group of young adults who’d gathered together to form a band known as “Catwalk.” In the show, Campbell played the role of a keyboard player named Daisy McKenzie, while fellow actors Lisa Butler, Christopher Lee Clements, Paul Popwich, Keram Malicki-Sanchez and Kelli Taylor portrayed the roles of the rest of her bandmates.

Following her starring role in Catwalk, Campbell made a handful of guest appearances on the small screen including the television films, I Know My Son is Alive  and The Forget-Me-Not-Murders in 1994. After playing a couple of minor roles in the martial arts drama, Kung Fu: The Legend Continues and the Canadian horror fantasy series, Are You Afraid of the Dark? Later that same year, Campbell was cast in the long-running teen series, Party of Fiveーit would be her first time performing with an ensemble cast. Set in the city of San Francisco, the show revolved around the lives of five siblings, who later become orphans after the tragic death of their parents in a car accident.

In it, Campbell played the role of one of the siblings named Julia Salingerーan intelligent, yet sensitive teen who finds herself struggling with the added responsibilities after her parents’ untimely death. Other members of ensemble cast include Matthew Fox, Scott Wolf and Lacey Chabert. Initially broadcast on Fox in September 1994, Party of Five was known to have touched upon some mature matters such as domestic and substance abuse. Despite the darker theme, the series would be huge hit upon its release, having received a numerous positive reviews from critics at the time of its airing.

During the show’s second year of broadcast in 1995, it was also named as “The Best Show You’re to Watching” by TV Guide. A critical success, Party of Five would later go on to win a Golden Globe Award for “Best Drama Television Series” in 1994. Following a stunning 142 episodes, the series eventually ended in May 2000 after a six year runーCampbell’s portrayal of Julia in the show would also be the longest in her acting career.

Throughout the six years that Campbell spent filming for Party of Five, she also made a number of  appearances in various movies including Wild Things (1998), Hairshirt (1998), Three to Tango (1999) and in the TV movie, The Canterville Ghost (1998). During that time, she also reprised her role as Sidney Prescott in the Scream spin-offs, Scream 2 in 1997 and Scream 3 in 2000, with the former having performed significantly better than the latter at the box office. For her portrayal of Sidney in the second thriller movie, she’d also win many awards and nominations including a Blockbuster Entertainment Award for ‘Favourite Actress in Horror Film” and a MTV Movie Award for “Best Female Performance.” 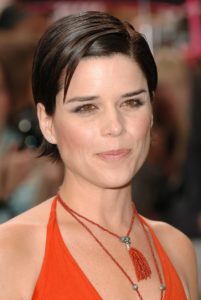 Over the next decade, the actress would continue to act behind the camera both on the big and small screens. Some of her more notable films during the 2000’s include, Lost Junction (2003),The Company (2003), When Will I Be Loved (2004) and I Really Hate My Job (2007)ーall of which had Campbell playing the role of the major female protagonists. In 2011, should would also reprise her role as Sidney for the last time in the fourth instalment of the Scream series, Scream 4.

On television, Campbell played a number of recurring roles in various TV shows, including NBC drama series Medium (2007) and the BBC mini-series Burn Up (2008). Nine years after the end of Party of Five, the actress would land her second major television role in the action drama, The Philanthropist. First premiered on NBC in June 2009, the show revolved around the life of a billionaire named Teddy Rist, who as the show progresses, becomes driven to do good after the tragic death of his son. In the series, Campbell played the role of Olivia Maidstone, the wife of Teddy’s best friend. Despite initially high ratings however, The Philanthropist was eventually cancelled after on season due to a fall in viewership; the last episode aired in August of 2009.

After the cancellation of The Philanthropist, the actress guest-starred in a handful of well known-series such as The Simpsons later in 2009, and the popular medical drama, Grey’s Anatomy in 2012. She then followed up with a few appearances in the television dramas, Welcome to Sweden and Manhattan in 2015. 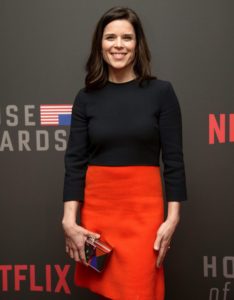 In terms of projects, Campbell has been cast as a starring role in the critically acclaimed Netflix drama, House of Cardsーit would also be her first time being involved in an online-only web series. An adaption of a TV mini-series of the same name, the web series stars many other big name actors such as Kevin Spacey, Robin Wright, Kate Mara, Corey Stoll, Michael Kell, Sakkina Jaffrey, Kristen Connolly, amongst numerous others.

Set in the city of Washington, D.C., the show revolves around a Democrat named Frank Underwood (played by Kevin Spacey), who after missing his opportunity to be appointed as the Secretary of State, constructs an elaborate plan to get himself into a higher position with greater power, with the help of his wife (played by Robin Wright). In the Netflix exclusive series, Campbell plays the roll of Leann Harvey, a political consultant from Texas.

Since the show’s first premiere in February 2013, House of Cards has received countless positive reviews and has attracted many loyal audience members from all over the world. A huge success, the series has continued for four seasons, and has just recently been renewed for a fifth seasonーwhich is set to be released in 2017. Throughout it’s seasons, it has also garnered several awards including two Golden Globe Awards, six Primetime Emmy Awards, two Screen Actors Awards, amongst many other nominationsーit is currently the only online-only web series to have been awarded and nominated for the prestigious Primetime Emmy Award.

A dedicated fan of the show even before her time on the series, Campbell was recently interviewed about her time on the show by Business Insider. When asked about how it felt to join the group of talented actors on the set of House of Cards, the actress responded by describing her entrance into the series to be very welcomed, and that she did not have no problems fitting in with the group.

If you’d like to stay up to date with the celebrity star of Scream fame, you can follow the actress herself on social mediaーyou can find Neve Campbell on Twitter (@thenevecampbell) or if you fancy photos, on Instagram (@nevecampbell).