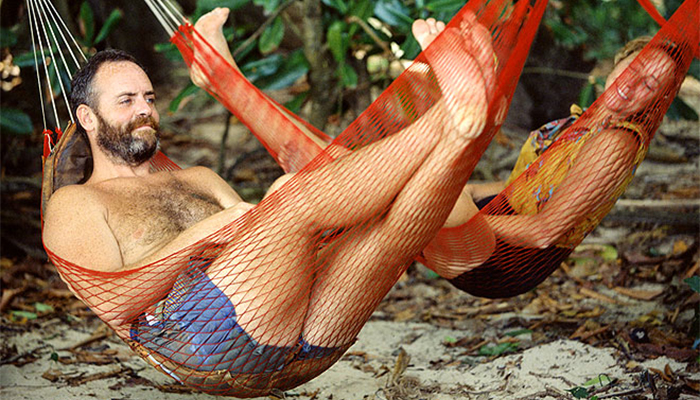 Richard Hatch is best known for being the winner of the first season of the survival game show, Survivor. Created by Charlie Parsons, the reality series follows a format in which a number of contestants are left on an isolated location in which they are to fend for themselves; they are often separated into various teams and must find and locate necessities such as food and water in order to stay on the show. Every episode, the contestants also take part in a variety of challenges, in which the winner receives rewards such as elimination immunityーwhich proves to be helpful as players are voted-off progressively with each episode by their fellow competitors. Hatch made his first appearance on Survivor during the premiere which aired in May 2000; he would later take home the grand prize of $1,000,000 after winning the season.

Following his successful win in the original Survivor series, he was later invited to be a contestant in the subsequent spinoff, Survivor: All-Starsーwhich featured players from the show’s previous season. However despite the fact that Hatch was a former winner on the series, he would eventually be voted-off during day 15. Besides the survival series, the reality star has also made a number of other appearances on the small screen including the television series, Dog Eat Dog, The Apprentice, Who Wants to Be a Millionaire? and The Biggest Loser: The Temptation Nation. Besides having starred on reality TV, Hatch has also ventured briefly into acting; he had a cameo role in the American sitcom, Becker and had also appeared in an episode of Son of the Beach.

However despite his appearances on television, Hatch’s reputation was eventually put into a bad light after being convicted of tax evasion in 2006. He consequently served a 51 month sentence in prison; he would then serve a 9 month sentence in 2011 for the violation of his probation. The producer of Survivor would later state that had he not been under house arrest in 2010, he would have been invited to take part in the twentieth season of Survivor titled, Survivor: Heroes vs. Villains. 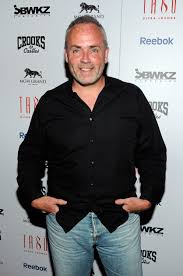 Born on April 8, 1961 in Newport, Rhode Island, Richard Hatch went to Middletown High School as a teen, where he later graduated from in 1979. After his graduation, he relocated to Florida to enrol at the Florida Institute of Technology, where he studied Oceanography and Marine Biology; he would then enlist to join the Army in 1980 at the age of 19. Following his enlistment, Hatch was assigned by Rhode Island Senator, John Chafee, to the United States Military Academy at West Point; he would serve for a period of five years before honourably discharging form its services in 1985. During the time which he spent with the military, he was stationed at a number of army posts across the country including Fort Monmouth in New Jersey, Fort Bliss in Texas and at West Point in New York.

Following his leave from West Point, Hatch began working at the Palladium for Steve Rubell and Ian Schragerーowners of the Broadway Theatre, Studio 54. Shortly afterwards, he would attend Baruch College and George Mason University located in Fairfax, Virginia; it was also during that time that Hatch became a sperm donator. After his study endeavours in Virgina, Hatch then returned to the Washington, D.C. area to study management and applied behavioural sciences at the National Louis University; he would then go to enrol at Providence College where he’d later receive his Master’s degree in education and counselling. Hatch would work briefly as an auto salesman and a bartender before going on to pursue a career in real estate.

After attaining his real estate license, Hatch then established his own company where he continues to work to this date, as its consultant and corporate trainer. 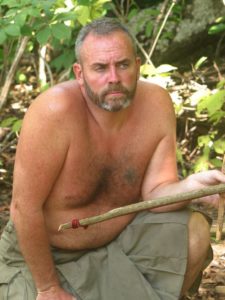 In 2000, Hatch took part in the very first season of the Survivor series, which was held in the north coast of Borneo, Malaysia. While the name of the show was originally set to be simply, Survivor, it was later modified to be Survivor: Pulau Tiga before once again being changed again to Survivor: Borneo. Hosted by Emmy Award winning Jeff Probst, the game show invited sixteen competitors to settle in the distant Malaysian island of Pulau Tiga in Sabah; the competition would last thirty nine days in total. Separated into two different tribes, the contestants would then have to provide for themselves whilst taking part in various challenges set along the way. Every episode, a contestant would then be voted-off by their fellow players until a single winner remains standing at the end.

First aired on May 31, 2000, Survivor: Borneo was a huge hit amongst audiences upon its premiere and had garnered over 18,000,000 viewers during its second week. Its final episode would later hold the record for having the highest rating for any episode of Survivor to this date; over 51 million viewers had tuned in for the finaleーgiving it the second highest viewership in the history of American television in the 21st century, only behind the finale of the sitcom, Friends.

As a member of the Tagi tribe, Hatch had quickly made an alliance with fellow teammate, Rudy Boesch early on in the competition. Noted for his distinguished preference to participate in the game naked, Hatch would eventually form a voting alliance with female Tagi tribe membersーKelly Wiglesworth and Sue Hawk. However despite the newly made alliances, his outspokenness and somewhat haughty nature would eventually irk the other members of his tribe; as a result, he was speculated by many to be voted off after having lost the first immunity challenge. Openly gay, Hatch would later find himself in a small quarrel with contestant Dirk Been, as the latter was not too fond of homosexuality.

As the season pressed on, Hatch soon stunned his teammates with his ability to catch fish both quickly and efficientlyーknowing full off that that his talents in fishing would offer him an edge in remaining in the competition. Following several rounds of eliminations, the remaining contestants were then merged into a single tribe, called the Rattana. With only five players remaining in the survival game, things soon became heated during the eliminations as people would establish alliances, only to turn their vote against their teammates. Praised for his leadership and strategic thinking, Hatch would ultimately come out from the competition as the “Sole Survivor” during the final Tribal Council meetingーmaking him the winner of the series, and the owner of a $1 million cash prize. 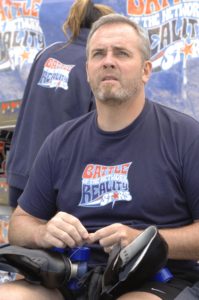 Two years after the end of the original Survivor series, Hatch participated in an American game show titled, Dog Eat Dog in 2002. Hosted by Brooke Burns, the competition series had a number of contestants compete against one another in a variety of activities such as trivia, games and physical contests; the winner at the end would then be awarded a grand prize of $25,000. The show first aired on NC in June 2002 and ran for a total of 26 episodes; it later ended in August 2003. Hatch took part in the series’ first season but ultimately lost after failing to complete his challenge.

The following year, Hatch was invited by producers to star in the eighth season of the Survivor series, titled Survivor: All-Stars. First broadcast in February 2004, this season of the game show was different from others in that it featured many previous Survivor alumni back as contestants. Set on the Pearl Islands of Panama, Survivor: All-Stars also marked the first time in which 18 competitors went against each other, as opposed to the usual 16; the players were also divided into three different tribes as opposed to the usual two. During his time on the all-stars series, an incident occurred in which contestant Sue Hawk, made a claim against Hatch that he had touched her with his genitals during an immunity challenge; too upset to continue, Hawk layer resigned from the fame the next day. Hatch was later eliminated from the game during day 15.

Years after his initial debut on reality TV, Hatch made an appearance in the eleventh instalment of the game show, The Celebrity Apprentice 4. Hosted by none other than Donald Trump himself, the show invited a number of celebrity guests upon its stage, on which they then compete against one other for an opportunity to win a sum of a money for a charity of their choice; it is also a variation of the original The Apprentice game series. Following Hatch’s firing during task 5 of the show, country music singer John Rich was later announced to be the winner after triumphing over actress, Marlee Matlin; in total, he helped to raise over $1.2 million for the St. Jude Children’s Research Hospital. 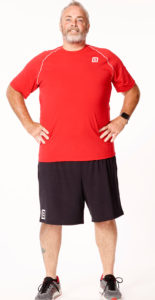 Despite having won $1,000,000 from his time on Survivor: Borneo, Hatch seemed to have found himself in  trouble with the law after attempting to evade taxes in 2006. For the offence, he was given a 51 month sentence in a federal jailーan incident which would ultimately cost him an opportunity to star on the twentieth season of the Survivor series, Survivor: Heroes vs Villains. However despite the charges set on the reality star, Hatch and his attorneys later argued that the prosecution was flawed as the IRS had never in fact, completed their investigations of his tax returns from 2000 and 2001 and that a sum of due taxes were never determined nor presented. Following a probation violation, Hatch would serve another nine month sentence in 2011.

In terms of reality television, Hatch recently starred in a game show called, The Biggest Loser: Temptation Nation. First aired on the NBC network in October 2004, each season of the series features a group of overweight or obese contestants, who then compete against one another in weight loss for a chance to win $250,000. At the beginning of the show, the contestants weigh in to determine a baseline; they are then divided into various teams with whom they’d work with during the series. Hatch began the series at 314 pounds and eventually lost over 34 pounds throughout a four week period; however despite the weight loss, he was eventually eliminated during week four. Roberto Hernandez ultimately came out as the winner at the end of the season, after having successfully lost 160 pounds, for a weight loss of 46% compared to his original baseline.

If you’d like to stay connected with the former Survivor champion and reality star, then you can follow him on social media. You can find the man on Twitter (@hatchrichard) or on his official Facebook page (@richardhatchofficialpage)!