Before appearing on Shark Tank, Bill Lyons was once in the financial services business. Before the housing bubble of 2008, Bill started and ran a $20 million company that focused on mortgages and life insurance. Once the bubble burst, he lost millions of dollars. In an attempt to get back on his feet, he created an algorithm and a website called Revestor to help people like him to invest in real estate. Would the Sharks, especially Barbara, see the value in this business? Let’s take a look. 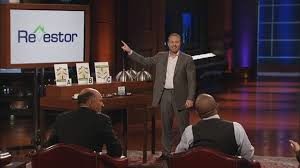 Bill Lyons walked out onto the stage and introduced himself to the Sharks. He said that his business, Revestor, is the real estate search engine of the future. He told the Sharks that he wanted an investment of $250,000 in exchange for 10% equity in the company. Bill insisted that his site was the equivalent of Internet car sales and stock trading. He said that Revestor gave away information that typically only investors in real estate would have access to. Bill said that his site was perfect for the first time home buyer who was new to the market, or for real estate investors like Mr. Wonderful who only want to make money.

Bill kept addressing Kevin, saying that the hardest thing to do to make money in real estate is to find the right deals. Kevin’s ears perked up, and he told Bill to continue. Bill went on a mock-up of his site on the large screen on the stage and highlighted the home page. On this homepage, you can put in where you are looking for real estate, and the site tells you, as the investor, which properties have the most potential in a list or a map view. Bill said the site then gives you “all the key real estate indicators” associated with the property. He stated that they site was easy enough for anyone to use it. He addressed Mark, Robert, and Barbara, and said that they were in a hypothetical situation where they all purchased similar homes. There was a display on the stage labeled House A, House B, and House C above plates covered with a round silver cover. Bill lifted the first cover under house A, to reveal a pile of money. He said that what the Sharks don’t know is that House A will make them money. He lifted the second cover to an empty plate and told them that house B would break even. Bill said that House C is upside down and underwater, but which Shark bought House C?

Kevin blinked at Bill and looked confused as Robert cut in, asking Bill how he would predict the value of a home five years from now. Bill said that the site’s algorithm makes assumptions about the value, but ultimately it was up to the user to decide what they believe. Robert wanted to know more about the algorithm that Bill uses to determine the value. Bill said that the patent was submitted based on their ability to generate a search by “key real estate indicators.” Kevin asked where he was getting the data from exactly. He wanted to know if it was the same source that everyone else has access to. Bill told Kevin that he was partnered with the largest listing distributed in the US. Barbara asked what it was called, and Bill told her Listhub. Barbara said that there were many such services.

Kevin told Bill that he had expected him to come out on stage and present a solution to the problem of blood sucking real estate agents like Barbara, who knock out any profit that the investor makes with the transaction fees. He said that the site should directly connect him with the buyer so that he doesn’t get all of the value sucked out of the house by people such as Barbara. Bill insisted that people still needed agents such as Barbara as an expert. Kevin said that they didn’t, and Daymond agreed. Barbara begged them to stop using her name as an example of everything that was evil in the world of real estate.

Barbara said that she felt like she was missing something. She stated that she was an investor, and was looking into a property in LA with $400,000 to spend, and 30% down. She wanted to know how he was going to locate the best deal for her without being a fortune teller who knows what was going to occur in the LA housing market in the next couple of years. She was confused as to how he was making a value prediction. Bill said that was the best question any of the Sharks had asked him, and threw in his favorite buzzwords – “key indicators.” Robert demanded to know what they were, looking frustrated. Bill said things like the cap rate, return on investment, and cash flow. Mark accused the algorithm of essentially being a spreadsheet. Bill insisted that he wasn’t copying and pasting a spreadsheet, but instead he was letting you compare between houses on the website.

Daymond stated that he wanted to stop the Sharks from tearing Bill apart. He wanted to know Revestor had any sales. Bill explained that although it was rolled out in 10 cities, the revenue model was not there yet. Kevin looked down at his hands and rolled his eyes. Bill defended himself, saying that he wanted to be one of the largest real estate website on the web, making $100,000,000 in the process. He wanted to ensure he got it right. Bill said that he was not a want-treprenuer, he’s started businesses before. Robert wanted to know what his experience was, and Bill told him that he’d built a $20 million company from the bottom up.

Mark didn’t look impressed. He wanted to know what kind of company it was. Bill told him it was a financial services company. Kevin said that was his area of expertise, and wanted to know what it did. Bill said mortgage, life insurance, and real estate. Kevin stated that he knew the business well, and asked him what happened. Bill told him that his lenders stopped funding deals when the economy collapsed in 2007. Bill said that he lost a million dollars in a day. Robert was unsympathetic. He asked Bill why he didn’t just see that coming with his algorithm.Bill laughed and told him that the software did not exist yet.

Kevin wanted to know how Bill planned on making money from the users. Bill said that the investor might currently be going to a foreclosure website to source his properties, where he would be paying upwards of $50 a month. Bill said that his site charged $99.99 since you are getting two vital pieces of data that are pre-analyzed and instantly accessible. Kevin stated that Revestor wasn’t just going after the first time buyer, but the professional real estate investor. That market was a tiny subset of the larger real estate market.

Barbara said that she was still confused. She wanted to know if Bill was targeting the typical couple who was purchasing their first home, or for a house flipper. She wanted to clarify which target audience Revestor was seeking. Bill looked flustered for a moment before advising her that it was intended for both. Mark shook his head. Bill attempted to elaborate that both parties needed the information, but Robert accused him of talking out of both sides of his mouth. Mark tried to summarize Revestor’s approach as he understood it. He said that Bill was buying the data from the two sources, and compiling it, and the website would help the customer using the algorithms. That service would cost $99 a month. Bill agreed. Mark went out, saying that he hated that business model.

Daymond stated that Bill’s pitch was confusing and difficult to understand. He also went out. Barbara stated that she’d purchased many foreclosed properties in her area since she knows that market. Barbara said that there were vital pieces of information that go into her decisions that were impossible for Revestor to address. She stated that Bill does have one great thing going for him, which is that no one can tell if he’s wrong or right since the customer is only going to know if it was a sound investment when they go to sell it in years. She went out. Bill thanked her.

Robert went next, looking stern. He told Bill that he spoke from both sides of his mouth, and had no business concept. Bill insisted that he was going to build the company up to Zillow level. Mark looked incredulous, but Robert told him that there was nothing wrong with believing that. He continued, saying that Bill’s presentation made him appear to be a con artist. Bill tried to tell him that he was an honest guy, but Robert went out before he could get the words out.

Kevin told Bill that he usually respects people who come out of the financial services sector since it’s such a tough market to be in. Kevin said that he understood that Bill was just trying to get back into the game, but he went out anyway. Bill asked the Sharks if they were all out, and they looked at him stone-faced. Kevin told him to get off of the stage. Mark said that Bill reminded him of Barbara. She stated that he was not a dishonest guy per say, he just did a bad presentation. Kevin said that Bill left with an extra orifice after getting reamed by the Sharks. In his exit interview, Bill compared his time on Shark Tank to getting put through a wood chipper.

Revestor Now in 2018 – The After Shark Tank Update 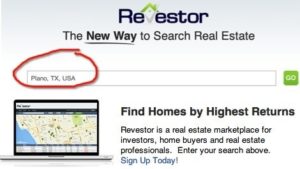 Even though Revestor did not get a deal on Shark Tank, the website is still going strong. Revestor has active social media accounts with a couple of thousand followers. According to the blog, they now allow members to create a free account which allows investors to search nationwide, and save their searches. There is also a free Android app associated with the site. The reviews are less than flattering – the app has 2.5 stars on the Play store. While not being a complete failure, it looks like Revestor still has some work to do.