Gucci Mane Net Worth – How Rich is He Now? 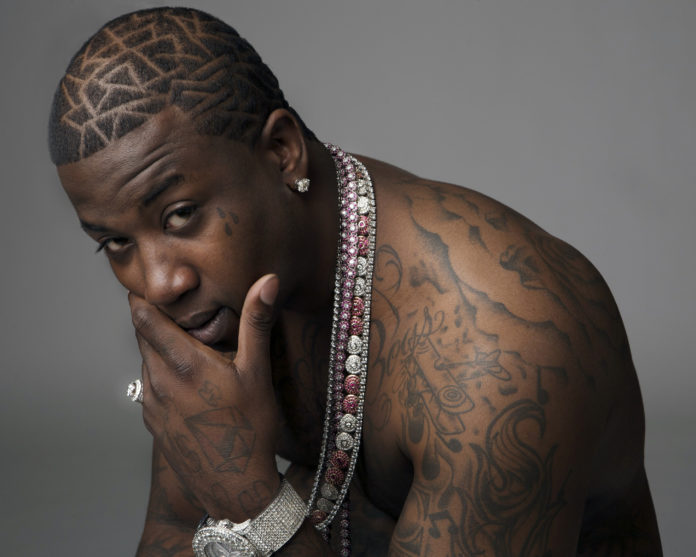 Radric Delantic Davis, better known as Gucci Mane, is as famous as he is notorious. The American rapper pursued his career of choice at the age of 14 and has come very far since then, releasing a multitude of hit albums. He has become a big influence in the rap scene and has an impressive fortune to show for it.

How did Gucci Mane make his money and wealth?

Born in Atlanta in 1980, it goes without saying that Gucci wasn’t fed with a silver spoon. But this didn’t stop him. In 2001 he released “LaFlare” on Str8 Drop records. Given his situation at the time, he only managed to press it onto a thousand cd’s, which were distributed on the streets. Nonetheless, it was a big step forward and a year later Gucci signed up with SYS Records and made his own label, LaFlare entertainment. Despite some failures along the way, Gucci continued to work on his debut album, Trap House, while rapping in the underground scene to pay the bills.

In 2005, Trap House was released. It featured another rapper named Young Jeezy, who went on to become Gucci’s sworn enemy after a copyright dispute. While Trap House  wasn’t an international hit, it was regarded a considerable success for an independent artist. But Gucci’s next album, Hard to Kill, was released just a year later and featured the single “Freaky Gurl.” That song went on to achieve number 62 on the Billboard Hot 100 and was a major stepping stone in Gucci Mane’s career.

Since then, Gucci’s portfolio has grown and with it his fame. He has collaborated with the likes of Fetty Wap, Drake, Future, Nicki Minaj and 2 Chainz. Throughout his 8-year career, he has released an impressive 41 mixtapes, 9 studio albums and 3 collaborations. But with international fame and a multitude of chart-toppers, comes a staggering amount of money. Needless to say, this can be overwhelming to some and the prolific rapper has often found himself under the hammer with criminal charges that range from possession of drugs to reckless driving. But Gucci has maintained his reputation and continues to excel in his industry. 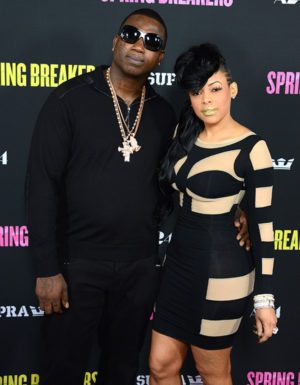 Gucci Mane has been in 5 relationships in total and is currently engaged to Keyshia Dior, a 31 year old American model. Gucci has also had a son with Sheena Evans, who shared his passion for music. But now that they are no longer together, he has to pay over $2000 per month in child support. Gucci also dated Masika Kalysha for 2 years, she is popular on social media for her striking looks.

In 2015, the American rapper was reported to have a net worth of around $15 million, so it goes without saying that he rakes in serious money every year. From 2014 to 2015, he made just under $6 million. When things like social media endorsements, YouTube and music service earnings are factored in, this amount is most likely much higher.

Gucci Mane isn’t particularly frugal when it comes to real estate. He owns a mansion in Atlanta and has invited many celebrities to party there, including Drake and Young Thug. Speaking of homes, the American rapper has been under house arrest before due to criminal charges. But as of late, Gucci has become a lot more responsible and no longer participates in criminal activities.

Like most rappers, Gucci loves cars. One of his most noteworthy assets is a unique Ferrari 612 Scaleghetti with a gloss black paint job and custom gold rims. He also owns a yellow Ferrari 458 Italia with black and yellow Forgiato Opposti wheels, as well as a yellow Lamborghini Gallardo. Italian bulls aside, Gucci has been spotted in a custom black Rolls Royce Phantom, as well as a Range Rover Sport SVR, which is currently the highest spec model the bespoke-SUV manufacturer offers.

While Gucci Mane does spend a significant part of his fortune on the finer things in life, he does occasionally give back. It seems that the confident rapper isn’t afraid to go toe-to-toe in the ring while helping those in need.

Accomplishments on the silver screen

Gucci Mane is not only known for his bass heavy bars and passionate lyrics. He has acted in movies such as The Undagrind Documentry, Rap Hustlin’: Grind or Die, Visual Reality and The Underground Show. But perhaps his most noteworthy role was in 2012 Crime Drama Spring Breakers, where he acted alongside Hollywood superstars, namely Vanessa Hudgens, Selena Gomez and Ashley Benson.