What Happened to Ricky Van Shelton – News and Updates 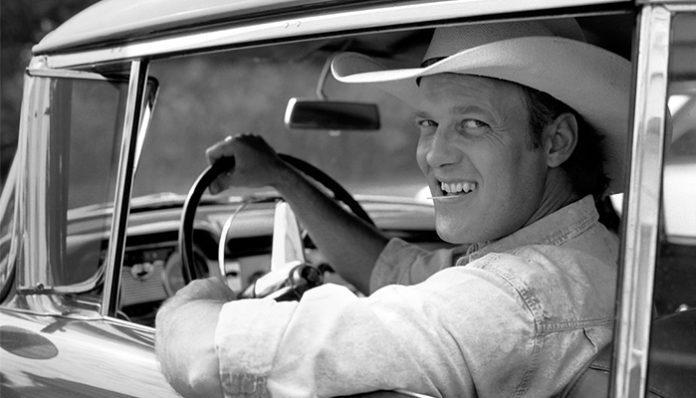 Ricky Van Shelton is an American country singer who first rose to fame during the late 80’s and early 90’s. Having sang gospel music ever since he was a young boy, it wasn’t until his early teens that he first developed an interest in country music. Falling in love with the genre, he soon began performing in local clubs and even went on to perform with his brother’s band in the early 1980s’. Wanting to take his passion a little further, he later moved to Nashville in hopes of landing a recording contract, albeit to no avail. As luck would have it, his demo-tape eventually reached the ears of a newspaper columnist, whom impressed by his vocal abilities, arranged for Shelton to audition with Columbia Records. From there, the aspiring artist ultimately landed a deal with the label in 1986. Stepping foot into a professional studio for the first time, he quickly began to work on his first studio album, Wild-Eyed Dream; it was later released in the United States the following year in 1987.

Proving himself worthy of a place in the industry, it didn’t take long for his debut single to reach number 24 on the US charts. Following in the success of his initial efforts, Shelton released yet another full-length album entitled Loving Proof in 1988. To date, he has released a total of 9 studio albums, thirteen music videos and twenty seven singlesーtwelve of which later peaked at the number one position; throughout his career, Shelton has also achieved five Platinum-certified hits in the United States. At the peak of his career in the late 1980’s, the country singer released many of his signature tracks including Somebody Lied, Life Turned Her That Way, Don’t We All Have the Right and From a Jack to a King, to name a few. Recognized for his musical talents shortly following his debut, he was given an Academy of Country Music Award for “Top New Male Vocalist” in 1987. Shelton has since added two more Country Music Association Awards to his collection (e.g. Male Vocalist of the Year and the Horizon Award).

So what has the award-winning country artist been up to these days? What direction has his career brought him in the recent years? What happened to Ricky Van Shelton? Where is he gone now? 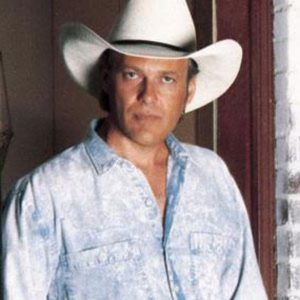 Born on January 12, 1952, in Danville, Virginia, Ricky Van Shelton is the son of Eloise and Jenks Shelton; he is the youngest out of five siblingsーhe has two older brothers named Don and Ronnie and two older sisters named Cacky and Judy. Raised in the small town of Grit, he grew up listening to his father’s gospel music. Although he also took a liking to pop, it wasn’t long until he joined his church’s chorus. Aside from music, Shelton also loved the outdoors and enjoyed camping in the words with his friends in the summer. As an elementary school student, his favourite classes were choir and art; not only was he a talented singer, but he also had a flair for painting. However, singing was always his first love. As a boy, Shelton sang everywhere, whether it was at church or in the bedroom; he also took every chance he had to perform in front of a public audience.

It wasn’t until he was fourteen years old that he was first introduced to country music. Immediately falling in love with the genre, he switched from gospel to country and began performing wherever possible into his teens. Following his high school graduation, he sang in numerous clubs, bars and lodges; he even performed for private parties. To make ends meet however, he also worked multiple day jobs such as that of a plumber, house painter, car salesman and store manager. Later meeting his eventual wife, Bettye Witt in 1979, the two soon relocated to Nashville, Tennessee in hopes of better music opportunities in the early 1980’s.

Preparing himself for his big break, Shelton practiced his music tirelessly. During that time, he visited local clubs every night in hopes of putting himself out there; he also distributed homemade demo-tapes to whomever were interested in his music. Although he didn’t achieve success overnight, his perseverance soon paid off after a newspaper columnist by the name of Jerry Thompson heard one of his demos. Realizing Shelton’s musical potential, he quickly arranged for the aspiring star to audition with Columbia Records. Before long, he had secured a recording contract with the label. 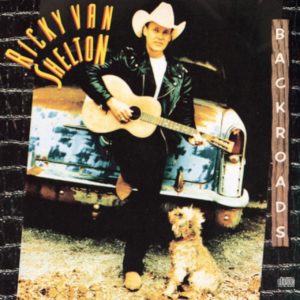 With Jerry Thompson as his manager, he soon began to work on his debut album. After a few months of recording, Shelton released the title track as a single in December of 1986. Proving to be a hit, it successfully charted at number twenty-four on the Hot Country Songs Chart. From there, he soon put forth his first full length-album in May of 1987. Produced by Steve Buckingham, Wild-Eyed Dream as it was called, contained ten different country tracks including Ultimately Fire, Crime of Passion, Workin’ Man’s Blues and Crazy Over You, amongst others.

Raved upon by listeners upon its release, the album peaked at the top of the Billboard Top Country Albums Chart and settled in at number seventy-six on the Billboard 200. His debut album eventually spawned a total of five singles including Don’t We All Have The Right, Life Turned Her That Way, and Somebody Lied, all of which became Shelton’s first number one hits. As of July 1989, the album has been certified Platinum by the RIAA for exceeding over a million sales in the United States.

The next year, Shelton released his second studio album entitled, Loving Proof in September 1988. Once again produced by Steve Buckingham, it boasted ten tracks, including a cover of Ned Miller’s 1962 hit, From a Jack to a King; other standouts from the track-list include I’ll Leave This World Loving You, Living Proof, both of which also reached number one. Given a positive four star rating from critics at Allmusic, Loving Proof very much followed the success of his debut effortーit peaked at number one on the Billboard Top Country Albums Chart and also made it to the top of the Canadian RPM Country Albums Chart. On the Billboard 200, it performed similarly to Wild-Eyed Dream, having reached number seventy-eight. Having lead to the release of four successful singles, the album received Platinum accreditation from the RIAA in December 1989ーmaking it Shelton’s second record in a row to achieve such a feat.

Following the success of his earlier records, the country artist released his next full-length album RVS III in January 1990. Another hit for the singer, the album contained many covers including Willie Nelson’s Sweet Memories, Roy Orbison’s Oh, Pretty Woman, Jack Greene’s Statue of a Fool, and Charlie Rich’s Life’s Little Ups and Downs. In addition, it also featured Sweet Memories, which was a duet with fellow American singer, Brenda Lee. Praised for its musical contents, it reached number one on the Billboard Top Country Albums Cart and number fifty-three on the Billboard 200. RVS III eventually led to the release of four singles including Life’s Little Ups and Down, I Meant Every Word He Said, Statue of a Fool and I’ve Cried My Last Year For You, the last of which peaked at number one on the singles chart. 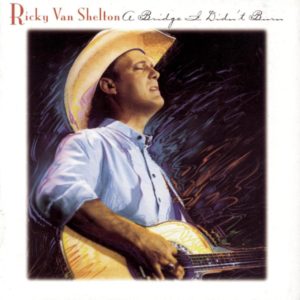 Carrying on with his country career, Shelton released his fifth studio album entitled Backroads in May 1991. Commended for its uptempo tracks such as Call Me Up, the album received a favourable four and a half star rating from Allmusic and currently holds a B+ score at Entertainment Weekly. Yet another success for the artist, who has now been in the industry for over half a decade, Backroads featured ten tracks including Rockin’ Years, which was a duet with Dolly Parton. A few other standouts from its track-list includes Who’ll Turn Out the Lights, If You’re Ever in My Arms, some Things Are Better Left Alone and Oh Heart of Mine. Although the album did not top the Billboard Top Country Albums Chart, it did reach the respectable third position; on the Billboard 200, it peaked at number twenty-three. A major hit across the border, Backroads also peaked at number four on the RPM Country Albums Chart and at number eighty-four on the RPM Top Albums Chart in Canada. Just eight months after its release, it was certified platinum by the RIAA.

In April 1992, he released his next studio album, Don’t Overlook Salvation. Recorded at Nashville’s The Doghouse and Nightingale, it was Shelton’s first album to not spawn any singles. Despite its assortment of country tracks such as To My Mansion in the Sky, I Would Take Nothing For My Journey Now, Mansion Over the Hilltop and I Shall Not Be Moved, amongst others, the album ultimately did not fare as well compared to his earlier records. Given a disappointing 2 star rating from Allmusic, Don’t Overlook Salvation failed to chart on the US Country Albums Chart and only made it as high as number 122 on the Billboard 200. Having said that, it did go on to sell over 500,000 copies, earning it gold certification from the RIAA in February 1994.

Continuing on with his recording despite the lack of success with his previous album, Shelton released A Bridge I Didn’t Burn in August 1993. Produced partly by the artist himself, it showcased eleven country tracks including I Know the Way by Broken Heart, Heartache as Big as Texas, If It Weren’t For Me, and Roses After the Rain, and a few others. A considerable come-back compared to that of Don’t Overlook Salvation, the new album peaked at number seventeen on the US Top Country Albums Chart and at number ninety-one on the Billboard 200. Described as an “impressive” album by critics, it later went gold in February 1994.

What has Ricky Van Shelton Doing Now in 2018?

After his last full-album release back in late 2000 (e.g. The holiday album, Blue Christmas), Shelton kept busy touring and entertaining the crowds with his music. However, it was later announced that he was going into retirement in 2006 after over 20 years in the industry. In a heart-felt note posted onto his official website, Shelton stated his desire to go back to Virginia to stay close and spend more time with his family.