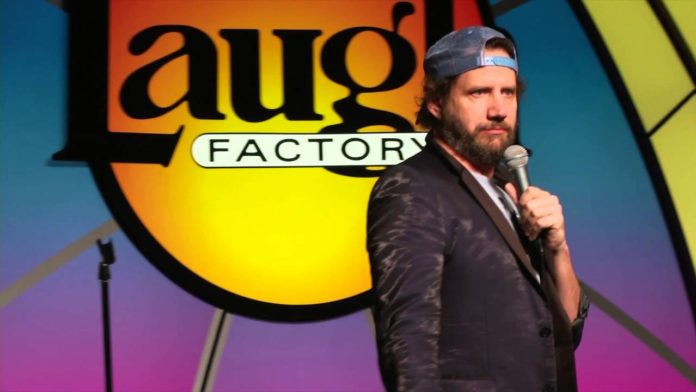 Jamie Kennedy is an American comedian and actor who is best known for his portrayal of Randy Meeks in the Scream film series. Having developed an interest in acting in his late teens, he appeared in front of the cameras for the first time in the comedy drama, Dead Poets Society at the age of nineteen. It wasn’t until the mid 1990’s that Kennedy began landing gradually bigger roles on television; some of his early works include V.R. Troopers (1994), California Dreams (1994), Unhappily Ever After (1995) and Ellen (1995). After a few years of playing minor roles on-screen, Kennedy eventually received his big break when he was cast as one of the lead characters in the 1996 slasher film, Scream. One of the highest-grossing movies of its genre, it effectively launched the budding actor at the time into celebrity status. A critical hit, the movie eventually spawned a number of sequels in the subsequent years, all of which had Kennedy reprising his role as Randy.

Throughout the years, the actor has appeared in close to a hundred different films and television seriesーhis filmography is becoming quite the list! A few highlights from his later career include Ghost Whisperer (2010), Entourage (2011), The Cleveland Show (2013) and Kingdom (2014). In 2005, Kennedy also starred in the dark fantasy film, Son of the Maskーwhich unfortunately, turned out to be a flop at the box office. To this date, his best recognized role probably remains to be that of Randy in the Scream series. For his portrayal of the character in the second instalment, Kennedy received a Blockbuster Entertainment Award for the category of “Favourite Supporting Actor in a Horror” back in 1998. A two-time Teen Choice Award nominee, he has also received a ITVFest Award and a ShowEast Award since then.

Aside from his work as an actor, Kennedy is also a well-established comedian; in the early 2000’s, he was known for his regular sketch performances on the reality series, The Jamie Kennedy Experiment. In addition to his contributions to the world of comedy, he has also lent his voice to a number of animated shows such as King of the Hill (2004), Crank Yankers (2004), Dinotopia: Quest for the Ruby Sunstone (2005), Eureka (2010), and Fanboy & Chum Chum (2012). Speaking of vocal talent, he even ventured on a solo music career and released his very own studio album entitled, Blowin’ Up in 2006!

So what has the actor of Scream fame been up to as of late? What are some of the latest TV shows and films that he’s been working on? What happened to Jamie Kennedy? Where is he now in 2018?

Jamie Kennedy’s Upbringing and Eventual Start in the Show Biz 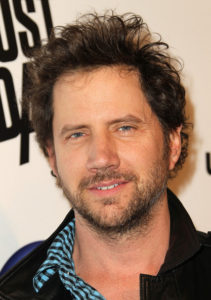 Born on May 25, 1970, in Upper Darby, Pennsylvania, James Harvey Kennedy is the son of a paralegal and a machinist. As a young boy, he spent most of his childhood in the Philadelphia suburbs with his parents and five older siblings. During his teen years, he was a student at Monsignor Bonner High School, from which he graduated from eventually in 1988. Following his high school graduation, Kennedy went to Delaware County Community College however soon dropped out to pursue a career in acting and stand-up comedy in Los Angeles. Quickly settling into the new city, it wasn’t long until he set himself up as a professional Hollywood Extra.

However, the path to celebrity stardom was difficult; despite having taken part in over eighty auditions, Kennedy found himself unable to land any gigs. To help make ends meet, he began working as a host at a local Red Lobster restaurant; he later worked as a telemarketer, which made him realize that he was highly adept at selling things. With that in mind, he soon came up with the idea of becoming his own agent. Creating and using a false persona of “Marty Power,” Kennedy started to attract the attention of managers and agents whom he’d call over the phone for possible opportunities. After landing a few minor roles in various television series, the aspiring actor eventually appeared in a film for the very first time in the romance drama, Romeo + Juliet in 1996, alongside big-name celebrities Leonardo DiCaprio, Claire Danes, and John Leguizamo. Not long after making his debut on the big screen, he received the big break that he was waiting for when he was cast as one of the lead characters in the 1996 slasher, Scream.

Jamie Kennedy as Randy Meeks in the Scream Film Series 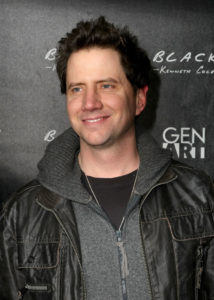 Directed by Wes Craven, the psychological thriller premiered in theatres in December 1996. Based loosely around the real-life Gainesville Ripper case from the 80’s, it revolved around a teen girl, who is terrorized by the presence of a new killer only a year after the murder of her mother. A huge commercial hit upon its release, Scream received nothing short of overwhelmingly positive reviews; many vave in fact, credited the film for revitalizing the horror genre as a whole in 90’s. A blockbuster at the box office, it grossed a staggering $173 million from a $14 millionーmaking it one of the best performing horror slasher films of all time. The winner of a number of accolades including three Saturn Awards, two MTV Movie Awards, and an International Horror Guild Award, it remains to be a classic of its genre to this date. In the film, Kennedy portrayed the role of a man named Randy Meeksーa horror movie fanatic who works at a local video store; he also had a crush on Sidney Prescott, one of the main protagonists of Scream. Critically acclaimed, the film went on to spawn a number of sequels: Scream 2, Scream 3 and Scream 4.

The following year, Kennedy reprised his role as the movie geek in the second instalment, Scream 2 which opened in theatres in December 1997. Comparable to its prequel in terms of success, the film was a huge commercial hitーit took in over $32 million at the box office from the opening weekend alone; overall, the movie has earned over $172 million from a $24 million budget. Set one year after the events of the first film, it followed Sidney Prescottーone of the protagonists from the earlier movie, who is now a college student, as she finds herself being the target of a copycat killer who kills under the guise of Ghostface. Praised for its memorable characters and evolving soundtrack, many critics even cited Scream 2 as being better than the original in quality. Despite the positive reception that it received however, the movie garnered considerably less awards than Scream; having only bagged one MTV Movie Award.

Although Kennedy’s character was murdered in Scream 2, he did returned for a cameo scene in the third movie. In Scream 3, which was released in February 2000, Martha (his sister in the series) delivered a tape that his character Randy had made, prior to his death in the previous film. In the short video clip, he stated that he knew he was probably going to die and warned the survivors of what to expect. Although Scream 3 was considerably less successful than its predecessors, receiving generally mixed reviews from critics, it was surprisingly a hit at the box officeーwhere it grossed over $161 million worldwide. Despite of its less-than-ideal ratings however, many fans appeared to have been satisfied with the ending.

Other Highlights of Jamie Kennedy’s Acting Career Throughout the Years 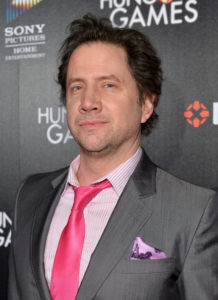 Having always been one for comedy, the comedian had the opportunity to host his very own reality series called, The Jamie Kennedy Experiment in the early 2000’s. Featuring both hidden-camera and sketch comedy elements, the show premiered on The WB Network in January 2002. Similar in style to that of Candid Camera, the series followed Kennedy as he travelled across the country and asked individuals to participate in various on-camera practical jokes which he called “experiments.” Typically, there’s at least one accomplice who’s in on the joke and another who’s the victim of said prank; traditionally after each gag, Kennedy goes on to deliver his punchline of “You’ve been X’ed!” The Jamie Kennedy Experiment lasted three seasons and eventually came to an end in April 2004.

In the late 2000’s, Kennedy was cast as a main character in the fourth season of the American supernatural drama, Ghost Whisperer. Created by John Gray, the CBS series followed the life of a young woman named Melinda Gordan, who has the unique ability to see and communicate with spiritual ghosts; despite her talents, she tries to lead a normal life as the owner of an antique store. Originally premiered in September 2005, Ghost Whisperer boasted a cast-list which included Jennifer Love Hewitt, David Conrad, Aisha Tyler, Camryn Manheim and Jay Mohr; Kennedy did not join the cast until its second last season in 2008. In the series, the actor played the role of Professor Eli James, a man who has the ability to hear ghosts after experiencing a near-death experience in a building fire. He made his debut in the first episode of the fourth season and continued as a regular cast member until the show’s finale in May 2010. Generally well-received by viewers, Ghost Whisperer continued for a total of five seasons (although Kennedy was only present in the last two), spanning just over a hundred episodes. 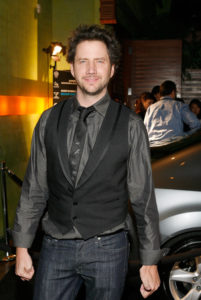 This year, Kennedy has been playing one of the main characters in the 2016 medical drama Heartbeat, which just premiered this March. Starring Melissa George, Dave Annable, Don Hany, Shelley Conn, Rudy Martinez, and Maya Erskine, amongst others, the NBC series is based on the real-life story of Dr. Kathy Maglito. Adapted from her book Heart Matters, the show centres around a world renowned heart surgeon named Alex Panttiere, who struggles to balance her professional and personal life. While actress Melissa George played the part of Dr. Panttiere, Kennedy portrayed the role of Dr. Casey Callahan, a fellow surgeon in St. Matthew’s hospital. Due to a decreasing trend in viewership however, Heartbeat was ultimately cancelled after one season; its last episode aired on May 25, 2016.

Aside from having played the part of a doctor, the actor has also recently appeared in a comedy film called, Walk of Fame which premiered in the United States in June 2016. A J. Thomas Entertainment Production, it revolved around a group of aspiring performers who come together to learn from one of the most volatile and eccentric acting coaches. Directed and written by Jesse Thomas, Walk of Fame featured actors Scott Eastwood, Malcolm MDowell, Chris Kattan, Cory Hardrict, Jack Guzman and Laura Ashley Samuels; in it, Kennedy played the role of a character named Hugo.

If you’d like to stay up-to-date and connected with the man who played Randy in the Scream series, you can do so by following Jamie Kennedy on social mediaーyou can find his online presence on Twitter (@jamiekennedy) as well as on Instagram (@thejamiekennedy). Don’t forget to also checkout his official Facebook page for some of his latest news!