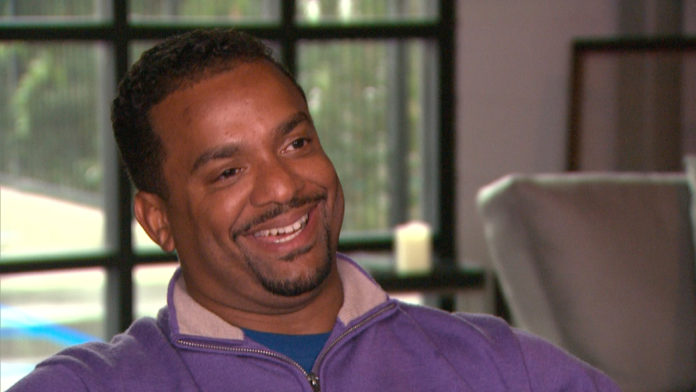 Alfonso Ribeiro is an American actor who first rose to fame in the 80’s for his role in the sitcom, Silver Spoons. Born in New York, he made his television debut when he was eight years old in the PBS series, Oye Ollie. Continuing to perform into his teen years, his talents were eventually recognized after he starred in a Broadway production of, The Tap Dance Kid in 1983. The next year, Ribeiro appeared in a Pepsi commercial alongside pop legend, Michael Jackson. From there, he soon received a big break when he was cast as one of the main characters in the polar NBC comedy, Silver Spoons. His first major role on the small screen, the sitcom ultimately helped with the launching of Ribeiro’s acting career in the 80’s. Quickly engraving an identity for himself in the industry, he went on to appear in a number of TV series over the next few years including John Grin’s Christmas (1986), The Mighty Pawns (1987) and CBS Schoolbreak Special (1988).

Following the end of Silver Spoons in 1987, Ribeiro appeared in a couple of made-for-television films prior to landing another major role in the American sitcom, The Fresh Prince of Bel-Air. Playing the part of one of the main characters, his popularity as an actor only increased furtherーin fact, it remains to be one of his best-known portrayals to date. For his performance in the series, Ribeiro won an Image Award for the category of “Outstanding Supporting Actor in a Comedy Series” and was nominated for a NCLR Bravo Award for “Outstanding Television Series Actor in a Crossover Role” in 1996. However even prior to his time on The Fresh Prince of Bel-Air, he had already accumulated three Young Artist Award nominations under his belt for his acting in Silver Spoons.

Aside from his accomplishments as an actor, Ribeiro has also taken part in numerous reality series over the years including Celebrity Duets (2006), The Singing Bee (2007), Kitchen Cousins (2012), and Spell-Mageddon (2013). On top of that, he has even competed in several game shows such as I’m a Celebrity, Get Me Out of Here! NOW! (2013), Dancing with the Stars (2015), and The $100,000 Pyramid (2016). Did we also mention that he was the host of, Catch 21ーa popular game show based on trivia and blackjack for four years? Ribeiro’s list of achievements just go on and on…

So what has the Native New Yorker been up to these recent years? Is he still actively acting in front of the cameras? Or has he opted for more of a reality TV lifestyle? What happened to Alfonso Ribeiro? Where is he now in 2018? 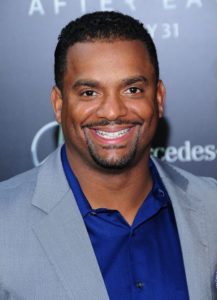 Born on September 21, 1971, in Manhattan, New York, Alfonso Ribeiro is the son of Joy and Michael Ribeiro. He is of Tobago and Trinidad descent and is not from the Dominican Republic as many previous rumours have suggested. When he was still in grade school, he made his first television appearance in the PBS series, Oye Ollie at the age of eight. From there, he continued to act and sing and eventually made it on to the Broadway stage in a production of The Tap Dance Kid when he was twelve years oldーa performance which garnered him an Outer Critics Circle Award nomination. Eventually spotted by Michael Jackson, the pop icon himself later casted Ribeiro in one of his many Pepsi commercials.

Talented in singing on top of acting, Ribeiro had also released a few singles including Sneak Away With Me, Dance Baby, Time Bomb and Not Too Young (To Fall in Love) when he was ten years old. After a few years of dabbling in the show business, the young actor received a breakthrough in his career when he was cast as a main character in the NBC sitcom, Silver Spoons in 1984. Although the show originally premiered in September 1982, Ribeiro did not become part of the cast until its third season, which aired in the fall of 1984. Created by Ben Starr, Howard Leeds and Martin Cohan, the long-running series revolved around a spoiled young boy named Ricky Stratton, who although lives the life that many kids of his age dream of, also experiences many of the problems that teenagers face.

While the part of Stratton was portrayed by actor Ricky Schroder, Ribeiro played the role of Alfonso Spears, Stratton’s new best friend in the third season; other actors featured in the series include Joel Higgins, Erin Gray and Franklyn Seales. Met with generally positive reviews during its air, Silver Spoons continued for a total five seasons, over a period of five years. Following a total of 116 episodes, it eventually ended in March 1987. Although it was Ribeiro’s first major role on television (and he was only thirteen at the time), he received much applause for his performance. In fact, his portrayal of Alfonso Spears earned him three separate Young Artist Award nominations for the categories of “Best Young Actor in a Television Comedy Series” and “Exceptional Performance by a Young Actor Starring in a Television Comedy or Drama Series.” 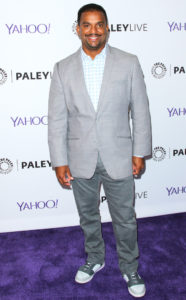 Around the time when the NBC sitcom began to wrap up, Ribeiro found himself appearing in a handful of small made-for-television movies including Magnum P.I. (1986), John Grin’s Christmas (1986), The Mighty Prawns (1987) and Out on the Edge (1989). When he was nineteen, he also played a minor part in comedy A Different World, alongside Lisa Bonet, Jasmine Guy and Kadeem Hardison. Later that same year, Ribeiro received another breakthrough in his career when he was cast as Will Smith’s cousin in the American sitcom, The Fresh Prince of Bel-Air (1990). Created by Susan and Andy Borowitz, the NBC series revolved around a West Philadelphia teenager (Will Smith’s fictionalized version of himself) who after getting himself into a fight, finds himself having to live with his wealthy relatives in their mansion in Bel Air.

Originally broadcasted in September 1990, The Fresh Prince of Bel-Air was immensely popular during its run, having attracted close to 15 million viewers to their screens in the early 90’s. The winner of an ASCAP Film and Television Music Award for “Top TV Series,” the sitcom starred a wide variety of actors and actresses including James Avery, Janet Hubert Whitten, Tatyana Ali, Karyn Parson and Ross Bagley, amongst others. In the show, Ribeiro played the part of Carlson Banks, a prep student who aspires to go to an Ivy League university; he is the oldest son of Vivian and Philip Banks, Will Smith’s aunt and uncle with whom the teen moves in to live with. The Fresh Prince of Bel-Air ultimately enjoyed a six year run before airing its final episode in May 1996; the series spanned 148 episodes over six seasons.

In the spring of 1995, Ribeiro landed another major role in yet another sitcom called In the House. Created by Winifred Hervey, it first aired in April of that year on the NBC Network. Starring Debbie Allen, LL Cool J, Maia Campbell, Jeffery Wood, Kim Wayans and Dee Jay Daniels, the comedy followed the life of a former professional football player who makes the decision to rent out a portion of his house in order to help support himselfーhis latest tenants end up being a single mother and her two children. Nominated for an Emmy Award in 1997, In the House garnered over eleven million viewers during its first season. In the series, the actor played the part of Dr. Maxwell stanton, a character who joins the main cast in the third season. Another fabulous performance from Ribeiro, the role earned him an NAACP Image Award for “Outstanding Supporting Actor in a Comedy Series” in 1998. 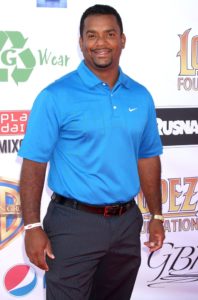 Like many of the other celebrity stars out there, Ribeiro has starred in several reality series. In November 2013, he took part in the British show I’m a Celebrity…Get Me Out of Here!. First premiered back in 2002, it features a group of celebrities who are sent to live in the jungle, with minimal comfortsーthey must compete against each other in various tasks in order to win items and advantages for their team. A contestant on the thirteenth season, Ribeiro was a member of Team Croc Creek alongside Matthew Wright, Lucy Pargeter, David Emanuel and Kian Egan. Although most of his teammates ended up winning the season, he was eliminated during the nineteenth dayーwhich placed him in seventh place.

In the fall of 2014, the actor participated as a contestant on the nineteenth season of ABC’s Dancing with the Stars. Paired up with professional ballroom dancer Witney Carson, the pair performed the Jive for their first dance and achieved the highest score out of all the couples during the initial round. Throughout the next few episodes, Ribeiro and Carson continued to showcase their dance moves on the stage; some of the song titles which they danced to include Getting’ Jiggly With It by Will Smith, Hey Goldmember by Beyonce, and It’s Not Unusual by Tom Jones, amongst others. Successfully buzzing through the rounds, they eventually found themselves as one of the finalists in the finale. Putting on a splendid show with their Cha-Cha-Cha and Argentine Tango, they soon took home the winner’s title. 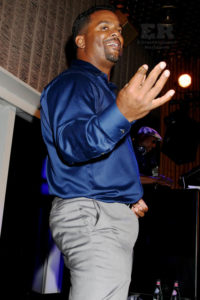 This summer, The Prince of Bel-Air surprised many by making a special appearance at The American Century Celebrity Golf Championship. Held at South Lake Tahoe, the event also saw Justin Timberlake, and Stephen Curry although there seemed to be a little more than just golf going onーputting aside their golf clubs temporarily, the trio arranged themselves in a circle and began sawing from side to side while shaking their hips and arms. No music needed, the synchronized dance was perfect without any tunes! Fans present at the Golf Championship were sure in for a treat!

No stranger to reality TV considering how many he’s appeared in so far, it was announced this September that Ribeiro will be hosting a new season of UNWRAPPED 2.0 on the Cooking Channel. The series, which first premiered on Sunday, October 9th, 2016, gives viewers a glimpse of the fascinating processes and stories behind the creation of some of the country’s favourite snacks. Scheduled for thirteen episodes, the actor will be highlighting many delicious items from classic candies to some of the latest food crazes!  Already in the season premiere, Ribeiro had already revealed some of the secrets behind Christie Cookie Co’s yummy chocolate brownies. If you’re even the slightest curious about the behind-the-scenes of your nibbles, be sure to tune into the show every week on Sundays!

If you’d like to stay up to date and connected with the actor of The Fresh Prince of Bel-Air fame, you can do so by following him on social mediaーyou can find him on Twitter (@Alfonso_Ribeiro)! Don’t forget to also visit his official Facebook page as well!