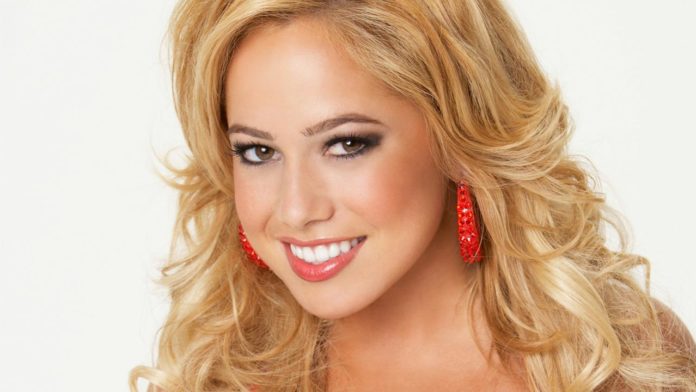 Sabrina Bryan is an American singer who is best known for being a member of The Cheetah Girls. With a flair for performing, it was obvious to her and everyone around her that she’d be pursuing a career in the entertainment industry. As a young girl, Bryan spend most of her time dancingーit was one of the many activities that she enjoyed prior to acting in front of the cameras. At the young age of twelve, she made her television debut in the made-for-TV film, Mrs. Santa Claus alongside actress Angela Lansbury. However it wasn’t until she landed a spot in the Disney music group, The Cheetah Girls in 2003 that she received the big break that she had been waiting for. Cast in the accompanying film series, her popularity as an actress in the show biz only went up! Following the first film, Bryan reprised her role as Dorinda Thomas in the subsequent spinoffs, The Cheetah Girls 2 and The Cheetah Girls: One World.

Driven by the critical acclaim of the Disney original movie, The Cheetah Girls soon became one of the most popular girl groups of the 2000’s. Altogether, they have released two full-length albums, two extended plays and fifteen singlesーthey’ve also embarked on three separate tours across North America. To date, their best-performing release is that of the 2003 The Cheetah Girls soundtrack, which has since sold over two million copies in the United States alone. After many years of singing and performing together, the girls went their separate ways in 2008 following their One World Tour. From there, they each  began pursuing solo careers. The next year, Bryan co-authored a book titled, Princess of Gossip and released her second studio album, Byou 2.

Although the actress turned singer is best recognized for her role in The Cheetah Girls, she has also appeared in a number of other television series such as The Bold and the Beautiful (2002), Help Me Help You (2009), Fish Hooks (2010) and Supah Ninjas (2013). A frequent guest on American talk shows, Bryan has been featured in Extra (2007), Entertainment Tonight (2007), The Daily 10 (2009) and Reality Chat (2009), amongst others. Eventually breaking into the scene of reality TV, Bryan has also participated in America’s Best Dance Crew (2008), American Idol (2008), Keeping Up with the Kardashians (2009), and Extreme Makeover: Home Edition (2009). In 2012, she also competed as a contestant on the fifteenth season of ABC’s Dancing with the Stars.

So what has the actress and singer of The Cheetah Girls fame been up to lately? Where has her work brought her these past few years? What happened to Sabrina Bryan? Where is she now in 2018? 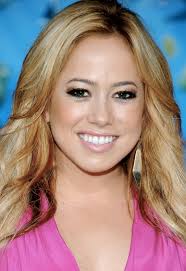 Born on September 16, 1984, in Yorba Linda, California, Sabrina Bryan (Birth name: Reba Sabrina Hinojos) is the daughter of Kathy and Starr Hinojos; she has has a sister named Starr and is of Caucasian and Mexican descent. Growing up, she had always been interested in the performing artsーin fact, she had always known that she wanted to pursue a career in the entertainment industry. A performer ever since she was seven, Bryan participated and won the first-runner up position in the Miss La Mirada Beauty Pageant when she was nine years old. Following grade school, Bryan went to the Esperanza High School in Anaheim, California, where she was an active member of the school choir for four years; she later graduated in 2002. After graduating high school, she enrolled at the Chapman University in Orange, California, where she majored in Advertisement and Public Relations. In between her studies, Bryan also enjoyed playing soccer, a sport which she continued for nine years.

When she was twelve years old, she made her on-screen debut in the holiday made-for-television film, Mrs. Santa Claus, opposite Angela Lansbury. Prior to her big break, she played several small characters in a handful of series including King’s Pawn (1999), Driving Me Crazy (2000), The Geena Davis Show (2001), The Jersey (2001) and Grounded for Life (2001). In 2002, the budding actress received her first recurring role in the romance drama, The Bold and the Beautiful where she starred alongside Katherine Kelly Lang, Ronn Moss, Susan Flannery, and John McCook. A few years after making her debut on the small screen, she received a breakthrough when she was cast as a member of the Disney girl group, The Cheetah Girls; she also landed a main role in the accompany film series, The Cheetah Girls in 2003. 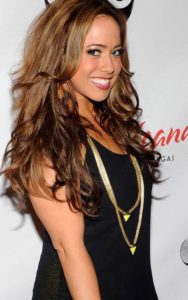 Based loosely on a series of young adult novels of the same name, the musical comedy, The Cheetah Girls was released on the Disney Channel in August of 2003. Starring Raven-Symone, Adrienne Bailon, Kiely Williams and Sabrina Bryans, the film revolved around four female teenagers who form a singing group known as The Cheetah Girls; students at a Manhattan performing arts school, they are determined to become the first group of freshmen to win the school talent show. In the movie, Bryan portrayed the role of Dorinda Thomas (aka Do), a blonde who loves to dance and has been in multiple foster homes throughout her life; she is one of the three members of The Cheetah Girls, the others being Galleria Garibalbi, Chanel Simmons and Aquanette Walker.

Directed by Oz Scott, The Cheetah Girls was met with overwhelmingly positive reviews upon its release, having attracted over six million viewers to their screens for the movie debut. Nominated for several awards including a Vision Award, an Image Award and a DGA Award, its soundtrack received critical acclaim and ultimately kicked off the girls’ musical careers. Filmed in New York and Toronto, Canada, the film also eventually spawned three separate video games in the later years.

Three years after the airing of the original film, Bryan reprised her role as Thomas in the 2006 sequel, The Cheetah Girls 2. First premiered on August 25, 2006 on the Disney Channel, the spin-off was a huge hitーin fact, it achieved even more success than its predecessor. Having garnered over eight million viewers for its premiere, it quickly became the highest-rated Disney Channel Movie of all timeーbeating even that of the popular High School Musical (2006). The best-performing instalment of the film series, The Cheetah Girls 2 revisited the talented girl group as they headed off to Spain for a concert tour and to pursue their dreams of becoming superstars. In contrast to the original, the sequel was noted for being “more of a musical” as it did not incorporate karaoke-like numbers which were used in the previous film.

Sabrina Bryan as a Singer of The Cheetah Girls 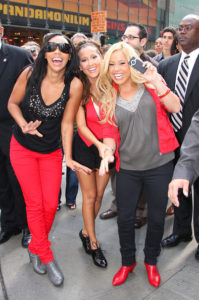 In October of 2005, Bryan and The Cheetah Girls released a holiday album entitled, Cheetah-licious Christmas. Although it was their first album release together as an official music group, member Adrienne Bailon later confirmed that it did not serve as their debut album. Produced by a team consisting of Antonina Armato, Tim James, Matthew Gerrard and Robbie Nevil, its thirteen-song track list showcased eight classic Christmas carols as well as a handful of original material such as Cheetah-licious Christmas, The Simple Things, Christmas in California and No Ordinary Holiday. Met with positive acclaim, the album topped both the US Holiday Album and Top Kid Audio Charts and made it to number seventy-four on the Billboard 200. In support of the release, Bryan and the girls also embarked on a tour in the winter of 2005. To date, Cheetah-licious Christmas has sold over 400,000 copies in the United States.

Under Hollywood Records, The Cheetah Girls released their second studio album, TCG in September 2007. Although the album received praises for its vocal performances, some critics felt that it was “too safe” and that it did not “push any boundaries.” Upon being made available in stores, TCG entered the Billboard 200 Chart at a modest number forty-four and sold over 19,000 units within the first week. Presented with a three-star rating from Allmusic, the album featured eleven pop tracks including All in Me, Break Out This Box, Do No Wrong, Who We Are, amongst others; a bonus song entitled, How a Girl Feels was also included in a Target exclusive version of the disc. TCG went on to spawn two separate singlesーSo Bring It On and Fuego, the latter of which reached number twenty-seven and number 122 on the US Hot Dance Club Songs and Billboard Hot 100 charts respectively. 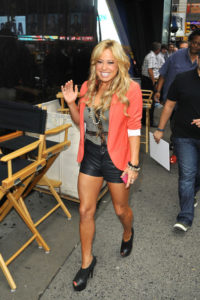 While she hasn’t taken part in any major acting projects lately, Bryan did star in a small independent thriller movie called Dance Night Obsession, which was released earlier this year. Directed and written by Harvey Lowry and Christine Conradt, the film starred actors Dante Acosta, David Blue, Sam Clark,  Nikki Crawford, Daisha Graf, and various others. Produced by Red Thread Pictures, Dance Night Obsession revolved around a talented dancer named Kate (played by Bryan) who is the star of a popular dancing competition called “Dance Night in America”; after a fellow contestant falls victim to a murder however, she begins noticing sinister events around her, including the presence of a mysterious stalker.

In July of this year, Bryan starred alongside actor Ross Lynch of Austin & Ally fame, in a three-performance production of A Chorus Lineーa musical that first hit Broadway in the mid 70’s. While Anthony played the part of Marc Anthony, Bryan took on the role of Valerie Clark, a young dancer who aspires to take part in a Broadway Musical. Prior to the opening of A Chorus Line, the star even shared a cute photo of them together backstage on her social media account! The musical took place at the Hollywood Bowl on July 29, 2016 and continued for three days until July 31, 2016.

If you’d like to stay up to date and connected with the star of The Cheetah Girls fame, you can do so by following her on social mediaーyou can find Sabrina Bryan’s online presence on Twitter (@SabrinaBryan) and on Instagram (@sabrina.bryan). While you’re at it, you probably also don’t want to miss out on visiting her official Facebook page for some of her latest news!