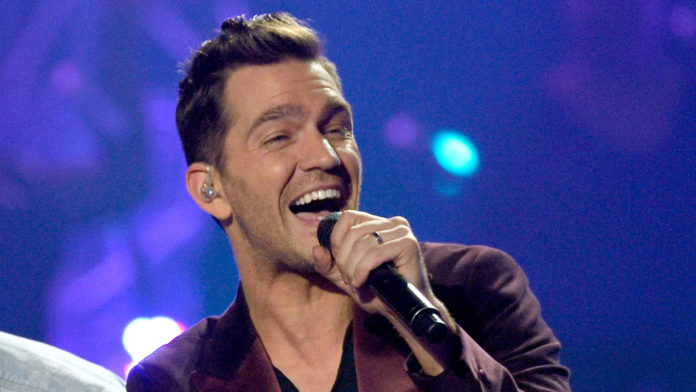 Andy Grammer is an American musician who is probably best known for being the man behind the 2014 hit, Honey I’m Good. An accomplished artist, Grammer took up playing trumpet as a young child and eventually graduated onto the piano and guitar. Dazzling those around him with his musical abilities, he soon began composing and writing his own songs by the time he was fifteen. Fuelled by a burning desire to pursue a career in music, he later performed in various venues in the Los Angeles areaーat one point, he even resonated the streets of Los Angeles with melodic sound as a street performer. After landing a series of higher-profile gigs, he ultimately signed with S-Curve Records as an official music artist in 2010. Heading off to the studio to work on his debut album, Andy Grammer as it was titled, was released in the summer of 2011.

Since the release of his initial effort, Grammer has released a total of two studio albums, four extended plays, and eight singlesーthe most popular being that of the 3x Platinum hit, Honey I’m Good. His best-selling song to date, it garnered him two Teen Choice Award nominations (e.g. Choice Music Breakout Artist, Choice Summer Male Music Star) and a Radio Disney Music Award nomination (e.g. That’s My Jam – Best Anthem) in the 2010’s. In 2015, Honey I’m Good was also included in Nielsen SoundScan’s list of “Best-Selling Songs of 2015.” For his achievements in music, Grammer also received a Libera Award nomination for the category of “Hardest Working Artist of the Year” in 2015. A popular pop singer, he has also headlined a number of tours throughout the years including that of Natasha Bedingfield’s 2011 Less is More Tour.

Just because Grammer isn’t an actor, doesn’t mean that he hasn’t had his fair share of television appearancesーin fact, he has been featured in multiple TV shows over the years. Shortly prior to the release of his debut album, he was invited onto the talk-show Rachael Ray in November 2010. From there, he has appeared on So Random! (2012), Big Morning Buzz Live (2011), The Tonight Show with Jay Leno (2011), The Meredith Vieira Show (2015) and Jimmy Kimmel Live! (2015), to name a few. On top of that, Grammer has even performed on the reality series The Bachelorette (2013), American Idol (2015). One of his most recent engagements on TV took place in 2015 when he starred as a contestant on the twenty-first season of ABC’s Dancing with the Stars (2015).

So what has the up-and-coming pop singer been up to since then? What are some of the projects that he’s been working on recently? What happened to Andy Grammer? Where is he now in 2018? 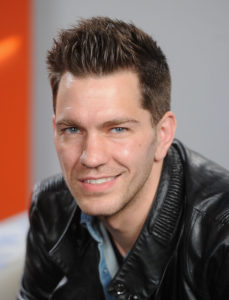 Born on December 3, 1983, in Los Angeles, California, Andrew Charles Grammer is the son of Robert Crane and Kathryn Willoughby Grammer, the former of whom is a recording artist better known as “Red.” Growing up in New York, he was extremely fond of musicーsomething which was undoubtedly partly influenced by his father’s own interest in the subject. Fascinated with the idea of being able to play his own tunes, he later learnt how to play the trumpet, when he was in elementary school; quickly getting the hang of the brass instrument, he eventually moved on to playing the piano and guitar. Innately adept at creating music, he soon began to write his own songs at the age of fifteen.

As a teenager, Grammer was a student at Monroe Woodbury High School where he was a part of the varsity basketball team. Somewhat of an avid athlete, the teen also enjoyed snowboarding in the winter, an activity which he still partakes in from time to time. After graduating from high school, he returned to his native state of California to attend the California State University in Northridge, where he majored in music; he later earned his Bachelor’s of Arts in Music Industry Studies in 2007. Prior to making it big as a singer, Grammer performed as a busker at the upscale shopping complex, Third Street Promenade; to make ends meet, he also worked various odd jobs including that of a valet. Often filling the streets with his music, it wasn’t until his talents were discovered by a music manager in the summer of 2009. Noticing his potential as a recording artist, he later helped Grammer to secure a recording contract with the label, S-Curve Records the following year in April 2010. 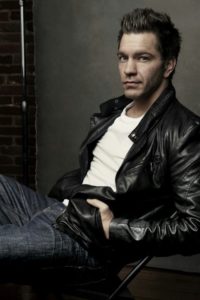 Shortly after signing the recording deal, Grammer went to work on his debut album at the studio. The self-titled Andy Grammer was eventually released under S-Curve Records in June 2011. Although it was produced by a team consisting of Adam Pallin, Matt Radosevich and Matt Wallace, Grammer was noted to have had full creative control over the contents of the album; while he preferred to write and compose the songs himself, he was also not opposed to working with other songwriters on the project. Incorporating elements of rap and hip hop music, Andy Grammer contained lyrical themes of affection and encouragement, something which seemed to lean his album more in favour of a female audience. Compared to the works of John Legend, Michael Buble and Jason Mraz, critic Tanner Stransky gave it a favourable B rating while those at Allmusic presented it with a three and a half star rating. A chart-topper on the  US Heatseekers Chart, the album showcased eleven different tracks including Keep Your Head Up, Fine by Me and Miss Me, which were all eventually spawned as singles.

Out of them, the lead single Keep Your Head Up which was released a few months prior to his debut album, garnered considerably the most buzz. Shortly after it was made available in February 2011, it debuted at number ninety-four on the Billboard Hot 100 before later making its way up to number fifty-three. Written entirely by Grammer, Keep Your Head Up also reached several other charts in the United States including the Mainstream Top 40, the Adult Top 40, and the Adult Contemporary Charts, where it peaked at number twenty-one, number five and number eleven respectively. A hit overseas, it also charted in Australia, Belgium, Canada, France, New Zealand and the Netherlands; in fact, a bilingual version of the song was eventually released in France under the French title “Relève la tête” as a collaboration with French artist Melissa Nkonda. As of 2011, the song has reached over one million downloads online, earning it Platinum certification from the RIAAーit remains to be Grammer’s best performing single to this day.

The second best-selling single from his debut album was that of Fine By Me, which was produced and co-written by Matt Radosevich. Released in stores in December of 2011, it debuted at number eighty-seven on the Billboard Hot 100 Chart and also made it within the top ten on the US Adult Pop Songs Chart; it eventually also charted in Belgium and the Netherlands where it peaked at number forty-seven and number ninety-four respectively. A few months after it was released, a music video for the single was published online which guest starred model, Dominique Piek. In March 2012, a live version of Fine By Me was included in his live album entitled Live From L.A., which featured guest vocalist Colbie Caillat.

Three years after his initial effort, Grammers released his second studio album entitled, Magazines or Novels in August 2014. His best performing album to date, it climbed to the nineteenth position on the US Billboard 200ーa considerable improvement compared to that of Andy Grammer, which peaked at number 105. Surpassing that of his debut album, Magazines or Novels garnered the singer much positive recognition and praise. Commended for its “consistent creativity” by critics, it contained twelve pop songs, all of which were either written or co-written by Grammer. In November 2015, a special deluxe version of the album was released, along with a handful of bonus tracks including Good to Be Alive (Hallelujah), Fences and two renditions of Honey I’m Good. Magazines or Novels has since sold over 103,000 copies in the United States, earning it Gold status.

Besides being his first RIAA certified album, it also gave rise to his best selling single to date, Honey I’m Good. Released a few months after Magazines or Novels, the song which was collaboration effort between Grammer and Nolan Sipe, entered the US Billboard Hot 100 at number nine. Revolving around a lyrical theme of monogamy, the artist’s beliefs of staying truthful in a relationship played a major part in its composition. Noted for its “down-to-earth realism”, Honey I’m Good peaked within the top ten in five different US Charts including the Mainstream Top 40, Dance Club Songs, Adult Top 40, Adult Contemporary and Billboard Hot 100 Charts; a best-seller, it also saw much success overseas. The music video for the single was eventually released in December 2014, noteworthy was the fact that it featured Grammer’s wife, Aijia. One of the best-selling songs of 2015 according to Soundscan, Honey I’m Good has since sold over 1.5 million copies in the US, garnering it 3x Platinum status from the RIAA. 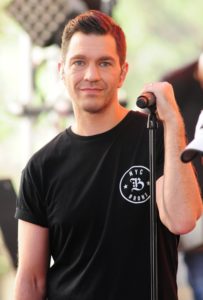 These past few months, Grammer has been hitting the roads co-headlining a 2016 North American Fall Tour together with Grammy Award nominee, Gavin DeGraw. The highly anticipated event took off on August 28, 2016 in Bethel New York and has brought the two singers to multiple major venues across the country including the Hammerstein Ballroom in New York City, the Orpheum Theatre in Boston and The Fillmore in Philadelphia. The tour had Grammer dazzling audience members with his positive and naturally upbeat songs, many of which are from his recent deluxe version of Magazines or Novels; some of the smash hits performed at the concerts include Keep Your Head Up, Good to Be Alive (Hallelujah) and his signature, Honey I’m Good. Spanning over forty shows, the tour is scheduled to continue until November 9, 2016 at the Mizner Park Amphitheater in Boca Raton, Florida.

It’s no secret that the 32 year old musician has been working on an upcoming albumーjust this July, a single from the forthcoming project was released via digital download through his label, S-Curve Records. Entitled Fresh Eyes, the song served as a charity single, with all funds and proceeds going to benefit a private Christian homeless shelter called Union Rescue Mission in Los Angeles. On October 19, 2016, a music video was also released, which documented the singer’s visit to Union Rescue Mission in LA’s Skid Row. Warmly received, Fresh Eyes reached number seventeen on the Adult Top 40 Chart and peaked at number seventy-four on the Billboard Hot 100.

If you’d like to stay connected with the singer, you can do so by following Andy Grammer on social mediaーyou can find him on Twitter (@andygrammer) as well as on Instagram (@andygrammer). Want to keep up-to-date with his latest news? Then you probably want to drop by his official website as well!