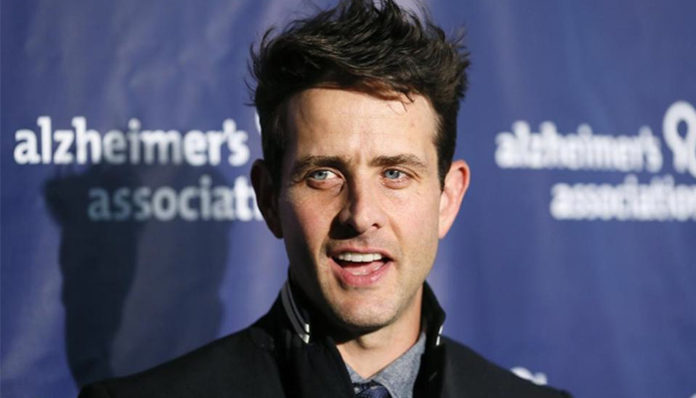 Joey McIntyre is an American singer who is most widely known as the member of the 80’s boy band, New Kids on the Block. Innately talented in the art of singing, he first showcased his vocals as a part of the church choir when he was five years old. By the time he was six, McIntyre was already singing on stage in the Neighbourhood Children’s Theatre of Boston. Catching the eye of many with his musical flair, it wasn’t long until he was recruited into a band called New Kids on the Block by music producer, Maurice Starr of New Edition fame. The youngest member of the group, the teen quickly befriend the rest of his bandmates and together they soon released their self-titled debut album, New Kids on the Block in 1986. Although it failed to capture nation-wide attention, it was shortly followed by the successful Hangin’ Tough in 1988.

Rising in popularity, McIntyre and his band eventually went on to release seven full-length albums, fifteen music videos and over two dozen singles. To this date, their best commercial hit remains to be that of Hangin’ Tough, which has since sold 17,000,000 copies across the globe. Although New Kids on the Block went their separate ways after the release of their fourth album, Face the Music in the mid 1990’s, they later surprised fans by reuniting and coming out with new music in the late 2000’s. A Grammy Award nominee (e.g. Best Music Video), the group won two American Music Awards for Hangin’ Tough (e.g. Favourite Pop/Rock Album) amongst three nominations back in 1990. Having achieved over twenty million record sales, the boy band also earned a star on the prestigious Hollywood Walk of Fame in October 2014.

Following the split of the group in the mid 1990’s, McIntyre occupied himself with songwriting and soon secured himself a recording contract with the label, Work Records. Spending much of his time at the studio, he later released his debut solo album, Stay the Same in 1998; since then, he has released seven more albums throughout the years. Aside from being a well-respected musician, McIntyre has also dabbled in acting. At the age of twenty three, he stepped foot in front of the cameras for the first time in the 1995 musical film, The Fantasticks. A few highlights from his filmography include Boston Public (2002), The Hotwives of Orlando (2014), and The McCarthys (2014). On top of that, he has also participated in several seasons of Dancing with the Stars.

So what has the youngest member of New Kids on the Block been up to nowadays? What is he working on now? What happened to Joey McIntyre? Where is he in 2017? 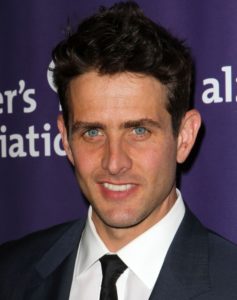 Born on December 31, 1972 in Needham, Massachusetts, Joey McIntyre (Real Name: Joseph Mulrey McIntyre) is the son of Katherine and Thomas McIntyre, the former of whom was an actress; he is the youngest out of nine siblings. After a long battle with Alzheimer’s Disease, his mother passed away in November 2014. Growing up in an upper-middle class area near Boston, he first got involved with drama during his elementary school days when he was cast in a local production of Oliver!. Raised in a religious Catholic household, McIntyre went to an all-male private school called Catholic Memorial school and was a regular attendee of the local church, where he acted as an altar boy; he was also a part of the church’s chorus. His vocal talents hard to miss, he eventually began performing in the Neighbourhood Children’s Theater of Boston by the time he was six.

From there, it wasn’t long until he was approached by Maurice Starr, the music producer behind the hip hop group New Edition, to join one of his new projectsーa boy band called New Kids on the Block; at the time, Starr had needed another talent after a former member was forced to quit by his parents. Other recruited individuals include brothers Jonathan and Jordan Knight, Danny Wood and Donnie Wahlberg; although he was the youngest out of the group, he quickly meshed and befriended the others. Coming together regularly to rehearse their music both after school and on the weekends, the quintet soon signed a recording contract with Columbia Recordsーthey later released their self-titled debut album in the spring of 1986.

Joey McIntyre’s Music Career with New Kids on the Block 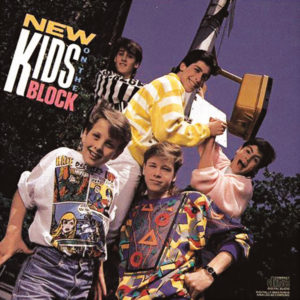 Released in April 1986, New Kids on the Block as their debut album was titled, was known for its bubble-gum pop material. Produced in collaboration with Erik Nuri, Larkin Arnold and Maurice Starr, it received modest reviews from critics although it did not garner much widespread attention at the time. Almost wholly written by Starr, the album showcased ten individual tracks, including Be My Girl, Stop It Girl and Didn’t I (Blow Your Mind)ーall of which were later produced as singles. While the boy band embarked on a concert tour to promote New Kids on the Block, it was still only a mediocre hit. Despite its lack of commercial success, it did manage to chart in the US, settling in at number twenty-five on the US Billboard 200 Chart. After the group’s peak in popularity with the release of their eventual second album however, their debut effort also saw a spike in album sales. Eventually selling over three million copies, the album was certified 3x Platinum as of November 1990.

As mentioned briefly above, the group’s big break came when they released their next studio album, Hangin’ Tough in September 1988. Regarded as New Kids on the Block’s breakthrough album, it has received much praise from critics, especially for its smooth transition from 80’s bubblegum pop to urban contemporary sounds. Although the group’s recording label had plans to drop the artists due to the lack of success of their debut work, Starr was eventually able to convince them to let the boys record and release a second album. A chart-topper, it topped the US Billboard 200 and also made it to number forty on the Top R&B and Hip Hop Charts; it also performed well in several other countries overseas.

The winner of two American Music Awards in January 1990 for the categories of “Favourite Pop/Rock Band” and “Favourite Pop/Rock Album”, Hangin’ Tough was notable for its lead single Please Don’t Go Girl which promptly became a major hit on nationwide radio stationsーit later became the group’s first song to reach the top ten on the Billboard Hot 100 Chart. Other major highlights include the tracks You Got It (The Right Stuff) and I’ll Be Loving You (Forever), which reached number three and number one on the charts respectively. Their best-performing album by far, Hangin’ Tough has sold over eight million copies within the US, earning it an impressive 8x Platinum certification from the RIAA.

In June 1990, the quintet released their third studio album entitled, Step by Step. Released at the peak of their popularity, the album went straight to the top of the US Billboard 200; it also reached number one in the UK, New Zealand, Germany and Canada. Designed to contain more hard-sounding sound compared to their preceding efforts, it featured twelve tracks, including Call It What You Want, Baby I Believe in You and Never Gonna Fall in Love again, amongst others. Although it did not replicate the success of their 1988 breakthrough album, it did go on to produce Step by Step which soon became the group’s highest selling single, having sold close to three million units. Their third Multi-Platinum album in a row, it has achieved over three million sales in the United States.

Four years later, New Kids on the Black released the final full-length album before their “split”, Face the Music. Recorded after a two year break, the group tried to push for greater maturity in terms of contents in order to appeal to the fans. While the album received positive reception upon its release, it failed to attain comparable success compared to their earlier records, having reached a modest position of number thirty-seven on the Billboard 200 Chart. In attempts to promote Face the Music, NKOTB (as they were now called) also had plans for a cross country tour after its release; however with the lack of venues available and member Jonathan Knight’s departure from the band halfway through, it was eventually cancelled. As of 2008, close to 138,000 copies of the album have been sold according to SoundScan.

Over a decade after this last album together, NKOTB returned to the music scene with The Block in September 2008. Released under Interscope Records, it entered the US Top Pop Albums Chart at number one and took over the second position on the Billboard 200. Selling 100,000 copies during the initial week of release, it featured several collaboration with other artists such as Teddy Riley, New Edition, Lady Gaga and Ne-Yo. A few stand outs from its thirteen song track-list include Summertime, Single, Dirty Dancing and 2 in the Morning, which all saw single releases. While The Block has sold over 330,000 copies in the US, it has reached over 40,000 copies in the Canada, earning it Gold Status in the northern country. 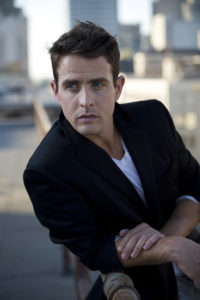 Turning his attention back to acting, something which he has been involved with on and off over the years, it was announced this summer that McIntyre will be starring in an upcoming scripted comedy series. Entitled, The Joey Mac Project, its regular cast membewill also include Jamie Denbo, Adam Ray, Punam Patel, Jordan Black and Katie Wee. According to a synopsis which has been released, the show will have McIntyre starring as himself; in a comedic quest to be taken seriously as an actor, he eventually secures the role of a talk show host on a network known as The Comfy Channel. Produced by T Group Productions, The Joey Mac Project is tentatively set for a early 2017 release.

Also starring McIntyre on television, is the reality series Rock This Boat: New Kids on the Block. Originally premiered in January 2015, the show reunites the members of the boy band on a cruise, alongside many excited fans. Having aired every Wednesday on Pop TV since it was first broadcast, a second season recently just kicked off this June; it eventually came to an end after ten episodes on July 30, 2016. Will there be a third season to Rock This Boat: New Kids on the Block? Only tell can tell.

Are you a long time fan of the man of New Kids on the Block fame? Want to stay connected and up-to-date with the singer? You can do so simply by following Joey McIntyre on social mediaーyou can find his online presence on both Twitter (@joeymcintyre) as well as on Instagram (@joeymcintyre). You also wouldn’t want to miss out his official Facebook page as that’s where most of his latest news are posted!