What Happened to Neal McCoy – News and Updates 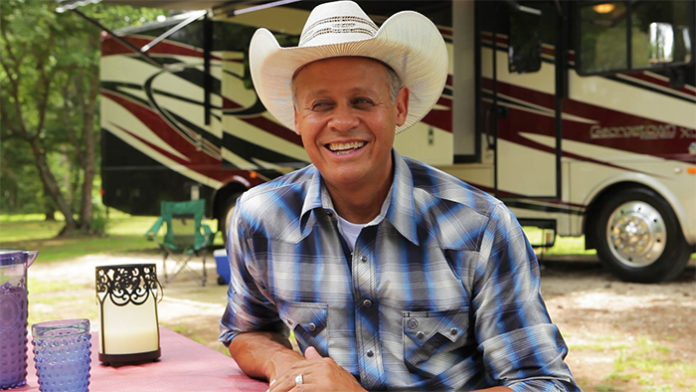 Neal McCoy is an American country singer who is best known for his number one singles Wink and No Doubt About It. Growing up listening to a variety of music at home, McCoy developed an interest for singing early on as a child. Regularly performing in both church and school choirs, he drew inspiration from Michael Jackson, whom he cited as being one of his major influences. Never having strayed too far from his musical passion, McCoy eventually received a break after participating in a local talent competition at the age of twenty-one. Attracting the attention of country artist Janie Fricke, who served as a judge in the contest with his performance, he soon found himself with a spot on the stage on Charley Pride’s Concert Tour as the opening act. Not long afterwards, McCoy relocated to Nashville and secured a recording contract with the independent label, 16th Avenue records in 1988.

Changing his surname from McGaughey to McCoy, he later released his debut album, At This Moment in 1990. Although it didn’t turn out to be an overnight sensation, it did spawn the single If I Build You a Fire which went on to become the singer’s first top twenty hit in Canada. Since his initial album release, the country star has released nine other full-length albums, fifteen music videos and over thirty singlesーtwo of which reached number one in the charts. To date, No Doubt About It remains to be his best-performing album, having attained Platinum and Gold certifications in the US and Canada respectively. For his achievements in country music, McCoy received a Music City News Country Award for “Entertainment of the year” in the late 1990’s. In 1997, the music video for his hit single Then You Can Tell Me Goodbye also earned him a “Video of the Year Award.”

The winner of an ACM Home Depot Humanitarian Award, McCoy is also the founder of a charity organization called the East Texas Angel Network. Originally established in 1995, the East Texas-based foundation helps to support the family of those who have a child suffering from a life-threatening or serious disease. Every year, an annual fundraiser concert is held in the fall to help raise funds for those who are in need of aid, with McCoy as the featured artist. Some of the past participants of the benefiting event include Tracy Byrd, Tony Hill, Lorrie Morgan, Tracy Lawrence, and many others.

So what has the country singer been up to as of late? What has he been occupying himself with these past few years? What happened to Neal McCoy? Where is he now in 2018? 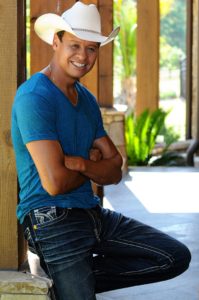 Born on July 30, 1958, in Jacksonville, Texas, Neal McCoy (Birth Name: Hubert Neal McGaughey, Jr.) is the son of an Irish-American father and a Filipina-American mother. Growing up around the Jacksonville area, McCoy was exposed to music early on in his lifeーnot only did he listen to country, but he was also fond of disco, R&B and pop. Taking advantage of his innate ability to sing, he soon put himself behind the microphone at local church and school choirs as a young teen. Before long, he had founded his own R&B band with a few of his friends. Eventually deciding to focus on country music, he began performing various gigs at a number of local clubs and bars in Texas.

Even during his high school days, McCoy was heavily involved with music having taken part in several musicals and productions during his time as a student. After graduating from high school, McCoy went on to attend a local junior college near his hometown of Jacksonville; to support himself, he worked multiple jobs including that of a shoe seller at a shopping mallーit was then that he met and eventually married his wife, Melinda. When he was twenty one, McCoy took his chances and participated in a talent contest that was held at a local nightclub in Dallas; little did he know at the time that it would ultimately lead him to the first steps of becoming a recording artist. Having impressed country singer Janie Fricke, who served as a judge in the competition, she later pulled some strings and secured him an opportunity to open for Charley Pride’s tour. With his foot in the door, it wasn’t long until McCoy was able to land a recording contract with Atlantic Records in 1990. 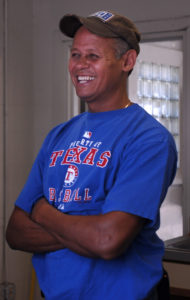 In the fall of 1990, McCoy released his debut album entitled, At This Moment after changing his surname from McGaughey as per the record label’s request. Produced by Nelson Larkin, the country album featured ten tracks including Somebody Hold Me (Until She Passes By), Down on the River and Hillbilly Blue. Although the album failed to chart, it spawned a handful of singles: If I Built You a Fire, This Time I’ve Hurt Her More Than She Loves Me and At This Moment, the first of which charted amongst the top ten in Canada. Despite its lack of sales, McCoy carried on with his career, touring and performing a number of live shows in the United States over the next couple of years.

The country singer released his second full-length album, Where Forever Begins in Juny 1992. He first record to hit the charts, it climbed up to number fifty-eight on the US Top Albums Chart and to number thirty on the US Top Heatseekers Chart; it was also met with success in Canada where it peaked at number twenty-two on the RPM Chart. A vast improvement from his initial effort, it showcased ten country tracks; some stand outs from the list include Now I Pray For Rain and There Ain’t Nothin’ I Don’t Like About You, the former of which eventually became McCoy’s first single to reach the top forty on the Billboard Hot 100 Chart.

Two years later, McCoy received the breakthrough he’d been waiting for with the release of his third studio album, No Doubt About It. Made available in February 1994, the album was praised by Allmusic for being the first “to capture the rock-influenced sound of [the artist’s] stage shows”; they later awarded the release with a four and a half star rating. While some other critics gave it less impressive reviews, it didn’t change the fact that it was a major hitーhaving reached number two on the Billboard Top Heatseekers Chart. McCoy’s best performing album to date, it also peaked at number thirteen and at number eighty-four on the US Top Country Albums and the Billboard 200 Charts respectively; well-received in Canada, it also topped the RPM Country Chart in the neighbouring country. No Doubt About It eventually became his first Platinum Certified album in the United States, having reached an excess of one million sales in the country. 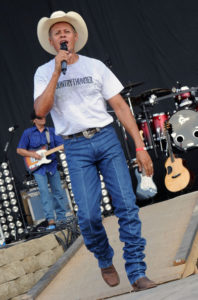 Following its success, the country singer released his next album entitled You Gotta Love That in January 1995. Comparable to that of No Doubt About It, the album was a major hit upon hitting store shelves, peaking at the respectable tenth position on the US Top Country Albums Chart; it also settled nicely at number sixty-eight on the Billboard 200ーwhich was actually an improvement compared to that of his preceding album. While You Gotta Love That didn’t chart in Canada, it saw the release of four singles: They’re Playin’ Our Song, For a Change, If I Was a Drinkin’ Man and You Gotta Love That, three of which became top five hits on the Hot Country Songs Chart. Some other highlights from the disc include the tracks Please Don’t Leave Me Now, Spending Every Minute in Love and Plain Jane. Having since sold over one million copies, it’s McCoy’s second consecutive Platinum certified album.

In June 1996, McCoy released his self-titled album entitled, Neal McCoy. Although it eventually attained Gold status from the RIAA, the album seemed to have been the start of a decline in charting performance. With ten country songs on its track list, Neil McCoy peaked at number seven on the US country Albums Chart and at number sixty-one on the US Billboard 200; in Canada, it also fared similarly having reached number seven on the RPM Albums Chart. Rated three out of five stars by Allmusic,it featured three singles: Going, Going, Gone, That Woman of Mine and Then You Can Tell Me Goodbye, which was a cover of The Casino’s 1967 single hit.

Since then, he has recorded and released half a dozen more full-length albums. While they all charted one way or another in the US, his latest album That’s Life released in August 2005 is the most successful, having peaked in three separate chartsーit reached number eight on the US Top Country Albums Chart, number thirty-two on the Billboard 200 and number three on the Top Independent Albums Chart. Also noteworthy is the fact that That’s Life was distributed via 903 Music, a recording label that McCoy founded with his music manager, Karen Kane. In 2007 however, it was announced that the company had gone bankrupt; it subsequently closed its doors later that May. 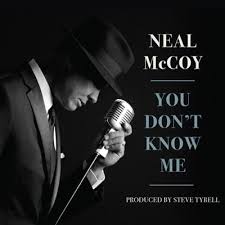 After three long years, fans of the country singer finally have some new music to look forward toーMcCoy has recorded and released a new album! In contrast to his preceding efforts, the exclusive album is unique in that it’s only available for purchase either through the official Neal McCoy Fan Club or at his live concerts. Co-produced by Bob Mann and Jon Allen, the 2016 album entitled, You Don’t Know Me  initially started off as a project on PledgeMusic, a popular online direct-to-fan music platform which allows artists to reach out and distribute their works to their fan base directly without having to go through a label company; it eventually came to be in August 2016. A peek at the track-list has revealed that the album features thirteen new songs; a few titles include Unforgettable, Dream a Little Dream of Me, All My Tomorrows and Don’t Get Around Much Anymore.

This summer, McCoy also made a special appearance on Fox News on July fourth, otherwise known as Independence Day. On the “Fox and Friends” segment, the country star performed his song Wink from his 1994 Platinum certified album, No Doubt About It. In celebration of the patriotic holiday, McCoy also took it upon himself to do the Pledge of Allegiance every day in video recordings, which he then uploaded onto his Facebook page.

If you’d like to stay up-to-date with the American country music singer, you can do so by following Neal McCoy on social mediaー you can find his online presence on Twitter under the username @NealMcCoy. Regrettably he doesn’t seem to be an Instagram user, but in lieu of the photo sharing platform, you can drop by his official Facebook site instead!