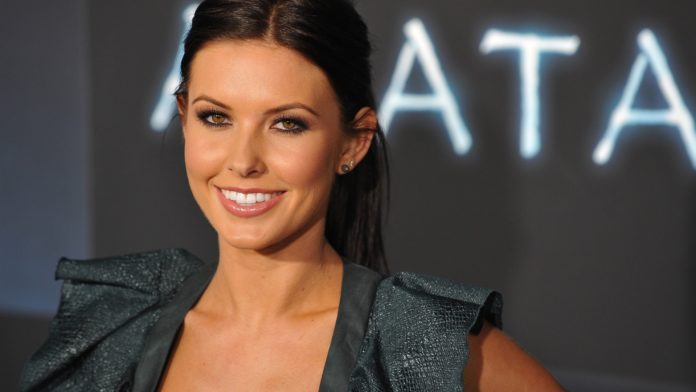 Audrina Patridge is American television personality who rose to fame in the mid 2000’s in the reality series, The Hills. Extremely fond of both drama and acting ever since she was a child, Patridge’s childhood dream was to become a Hollywood actress. Signing on with a management company as soon as she turned eighteen, the brunette quickly began to honing her craft through acting lessons and drama classes. Eventually while waiting for her big break, Patridge was approached by a producer who later invited her to the cast of a MTV reality series called, The Hills when she was twenty one. Although it was a reality television series and not a straight-up acting role, the brunette gladly accepted it as her first step into the show businessーlittle did she know at the time, that it would ultimately become one of her most well-known roles on the small screen to date.

Cast as one of the main characters of The Hills, Patridge’s on-screen presence and popularity soon began to riseーbefore long, she had already risen to prominence as a television personality. By the time the show ended in the summer of 2010, the brunette was only one of two cast members who stayed as a main lead throughout all six seasons; to this date, it remains to be Patridge’s best known TV appearance. In between filming for The Hills, she also took part in a number of other shows such as Pop Fiction (2008), Do Not Disturb (2008), The City (2008), The Hills: Spoof’d (2008), Dress My Nest (2009), to list a few. In 2009, the reality star also made her debut on the big screen in the slasher film, Sorority Row which starred actors Leah Pipes, Rumer Willis, Carrie Fisher and Briana Evigan; for her portrayal in the movie, Patridge was nominated for a Teen Choice Award for the category of “Choice Movie Actress in a Horror/Thriller.”

Shortly after the end of The Hills, which was responsible for the launching of her career, the brunette once again returned to the limelight as a contestant on the eleventh season of ABC’s dancing competition series, Dancing with the Stars. Competing against several other celebrities with her professional partner Tony Dovolani, they breezed through the first few rounds with their dance moves but was later eliminated during the sixth episodeーplacing them at seventh place overall; actress Jennifer Grey and her partner Derek Hough ultimately won the dance-off in the end.

So what has the television personality and reality star been up to since then? What new endeavours have she taken on? What happened to Audrina Patridge? Where is she now in 2018?

Audrina Patridge’s Upbringing and Eventual Start in the Show Biz 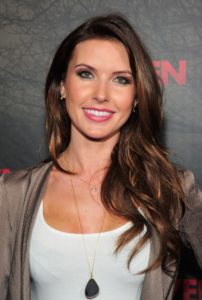 Born on May 9, 1985, in Los Angeles, California, Audrina Cathleen Patridge is the daughter of Mark and Lynn Patridge. She is the oldest out of three siblings and is of Italian, Belgian, German, Polish and English descent. Growing up in the suburban city of Yorba Linda, California, Patridge took part in several school productions and dreamt of becoming a Hollywood actress. Aside from being a fan of the performing arts, she also took part in many other activities such as cheerleading, martial arts and dance in her early life. Chasing her dreams as a student, she took several drama classes in hopes that one day she would be able to make it big in the show business. Eager to start her acting career, Patridge signed on with a small Los Angeles management company as soon as she turned eighteen in the early 2000’s. While waiting for her big break, the brunette continued to hone her skills through private acting lessons and supplementary drama classes.

In a twist of fate, the aspiring actress was one day spotted by a television producer while sunbathing by a pool in her native Los Angelesーunbeknownst to her, she had been relaxing right next to the MTV production of a reality series called The Hills. Having captured the attention of the producer, she was then invited to join the cast of the TV show. Shortly afterwards, Patridge made her small screen debut in the MTV series alongside other cast members including Lauren Conrad, Heidi Montag and Whitney Port. 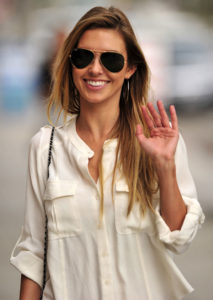 First premiered in May 2006, The Hills followed the lives of several professional women in the bustling city of Los Angeles; although the series originally focused mainly on Conrad (who had also appeared in the show’s predecessor), it later went on to emphasize and chronicle the lives of her friends. As one of them, Patridge was depicted as the fun and outgoing one of the group. As the show pressed on, she eventually began an on and off relationship with her boyfriend, Justin Bresciaーsomething which became a continuing storyline throughout the seasons. Upon its release, The Hills was met with generally positive reviews from critics, with many describing it to be a “guilty pleasure”.

Despite having maintained a steady viewership throughout its run however, there were times when it was criticized for appearing to fabricating much of its storyline. Looking past that, the reality series ran for just over a hundred episodes, spanning over six seasonsーPatridge was one of only two original cast members, that remained for the entire duration of the show (the other being that of Heidi Montag). Following its run, The Hills went on to produce a number of spin-offs including The City, Kell on Earth and Audrina, the last of which was originally intended to revolve around the lives of Patridge and her family; due to underwhelming ratings upon its air however, it was later cancelled by the network. Although The Hills ended over half a decade ago back in 2010, it remains to be one of Patridge’s best known roles on television.

Audrina Patridge as a Contestant on Dancing with the Stars 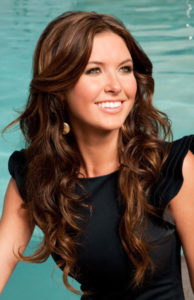 Shortly after the end of The Hills in July 2010, Patridge once again returned to the screens as a contestant on the eleventh season of ABC’s popular Dancing with the Stars. Following the traditional style and format of the series, it featured a group of celebrities who are each paired with a professional dancer; as the show progresses, they then perform a number of predetermined dances to compete against one another for the audience and judges’ approval. Every week, the couple with the lowest score is eliminated until a winning pair is left at the end of the series.

First aired on September 20, 2010, season eleven of Dancing with the Stars saw twelve celebrity cast members including Jennifer Grey, Kyle Massey, Bristol Palin, Brandy, Kurt Warner, Florence Henderson, Rick Fox, amongst a number of others. In the competition, Patridge was paired up with Tony Dovolaniーa professional dancer who has many seasons of experience of being on the show. In the first week, the brunette and Dovolani were chosen to perform the Cha-Cha-Cha accompanied by Katy Perry’s California Gurls, a performance which ultimately earned them a total score of 19 points and moved them along to the next round. Over the following weeks, the pair performed the Quickstep, Waltz, Argentine Tango and Rumba dances, all which garnered impressive scores from the judge’s panel. Despite their efforts however, they were eventually eliminated during the sixth week. At the end of the season, actress Jennifer Grey and her partner Derek Hough came out as the winner after beating actor Kyle Massey in the finale.

Audrina Patridge and her Later Career on Reality TV 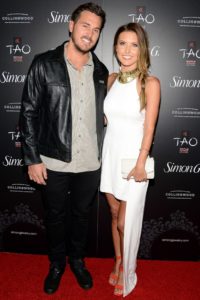 In the fall of 2010, it was announced that Patridge would be getting her own reality series on the VH1 Network. In a later interview with US Magazine, the brunette revealed that the premise of the show will centre around her and her family; at one point, she even hinted that Tony Dovolani, her partner from Dancing with the Stars, may be making a special appearance. In January of 2011, the name of the series was revealed to be Audrina. It wasn’t until two months later in March that the first promo clip was aired on television with the announcement that it will be premiering on VH1 in April of 2011.

Revolving around the life of her and her family members, Audrina featured her parents Lynne Patridge and Mark Patridge and her siblings Casey Loza, Marky Patridge and Samantha Patridge. On the first episode, the reality show followed Patridge as she posed for a bikini photo shoot and later went home for a family dinner. Despite being a spin-off of the popular The Hills however, Audrina was met with mixed reviews and garnered less than a million viewers for its premiere. Following ten episodes and the end of the first season, it was announced by VH1 that the network will not be renewing the show for a second season.

A few months after the end of the VH1 reality series, Patridge landed a role in a YOBI.tv web series called Dream Maker. Created by Dianne Victor, it featured the brunette as an up-and-coming talent manager who starts her own talent agency after moving from Hollywood to Detriot. Other members of its cast includes Rory Kramer and Lisa Mason Leeーboth of whom are YOBIAct winners. Filmed in around Detrot, Dream Maker ran for thirteen episodes before ending on September 13, 2011.

The brunette is married! Just a few days ago this November, Patridge and her long-time boyfriend of eight years, BMX dirt bike rider Corey Bohan, tied the knot in front of 130 guests in Hawaii. The two have been engaged ever since November of 2015, after Bohan popped the question to the reality star at the Summit House in Orange County with her family in the audience. The couple welcomed a baby girl named Kirra Max into their family a few months prior to their intimate wedding celebration.

Going back to the topic of reality TV, the new mother recently starred as a contestant on Food Network’s Cupcake Wars this July. The culinary reality series, which first premiered in December 2009, follows a similar format as that of the popular show Chopped; it starts off with a small handful of aspiring bakers who are then are eliminated one by one after facing off against each other in a heated cupcake bake-off. At the end of the season, the winning team is awarded a cash prize of $10,000. Patridge made her appearance on the fifth episode of the series’ tenth season, alongside Nick Young, Lee Thompson and Perez Hilton.

If you’d like to stay up-to-date and connected with the reality star, you can do so easily by following Audrina Patridge on social mediaーyou can find the 31-year-old on Twitter (@audrinapatridge) as well as on Instagram (@audrinapatridge). Don’t forget to also check out her official website and Facebook page for some of her latest news!