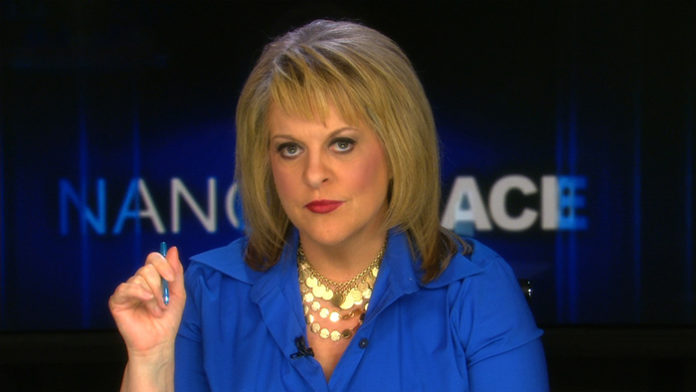 Nancy Grace is an outspoken American legal commentator who is best known for discussing various issues from a “victims’ rights” point of view. Although she initially had plans to become an English teacher upon graduating from university, her life ultimately took off in a different direction after her fiancé fell victim to a murder when she nineteen. Wanting to help those who fall victim to such crimes, she eventually went to law school and became a felony prosecutor. For the first decade of her career, Grace worked as a special prosecutor at the Georgia District Attorney’s office where she centred around felony charges such as serial arson, child molestation, murder, and rape cases. After her eventual leave from Fulton County, she was approached and offered a position by Steve Brill, the founder of Court TV, in a legal-commentary show alongside American lawyer, Johnnie Cochranーand thus she began her career as a broadcaster.

Known for her distinctive style of interviewing, Grace later landed her own primetime legal analysis series entitled, Nancy Grace in 2005. Although her outspokenness has sparked some controversy in the past, she has received praised by many viewers. Presented with two Gracie Awards for her court show on television, she has also contributed to a number of other American talk shows over the years such as Entertainment Tonight (2009-2015), Good Morning America (2012-2016), Dr. Phil (2008-2016), Inside Edition (2013-2015), and The View (2005-2016), to name a few. More recently in 2015, Grace has co-hosted a few episodes of Home & Family alongside Mark Steines and Cristina Ferrare. For her contributions to the 2010 legal reality series, Swift Justice with Nancy Grace, the former special prosecutor also received a Daytime Emmy Award nomination for “Outstanding Legal/Courtroom Program” in 2011, which she shared with the rest of the show’s crew.

Aside from her involvement in talk shows, Grace has also appeared on-screen for a handful of small acting roles over the past few years. Used to being in front of the cameras, she made her television debut in a thriller TV film called, The Eleventh Victim in 2012ーwhich was actually based on a novel which she had written back in 2009; some other series which she has been involved with include The Jim Gaffigan Show (2015), Midnight Special (2016), Batman v Superman: Dawn of Justice (2016) and Mr. Robot (2016). Speaking of books however, Grace has also authored two other titlesーObjection! and Death on the D-List in 2005 and 2010 respectively. Just this year, she also came out with another novel for her Hailey Dean series.

So what has the legal commentator and TV host been up to as of late? What has she been spending her time on recently? What happened to Nancy Grace? Where is she now in 2018?

Nancy Grace’s Upbringing and Eventual Career as a Special Prosecutor 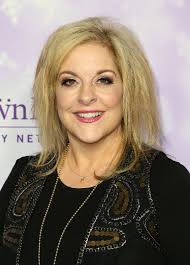 Born on October 23, 1959, in Georgia city of Macon, Nancy Ann Grace is the daughter of Mac and Elizabeth Grace, a worker for a Railway company and a factory worker respectively. The youngest out of three siblings, she has a younger sister named Ginny and a younger brother named Mac Jr. Raised in a religious household, her whole family were long-time attendees of the Liberty United Methodist Church in Macon. A student at her local Windsor Academy in her teen years, she later graduated from the school in 1977. Following her graduation, she went to Valdosta State University briefly prior to transferring to Mercer University, where she eventually graduated with a Bachelor’s of Arts degree. An avid fan of Shakespeare, Grace had planned on becoming an English professor following her college education. However her life soon steered in a completely different direction in the late 70’s, when her fiancé at the timeーKeith Griffin was tragically killed in a murder.

Wanting to help victims of similar crimes, she later went off to enrol in law school at the Walter F. George School of Law in Mercer, from where she eventually received her Juris Doctor degree. Following her graduation, she went to New York University and eventually earned a postgraduate Law degree in criminal and constitutional law. Throughout her schooling, Grace had written countless opinion pieces and articles for various legal periodical publications such as the ABA Law Journal. Soon afterwards, she began working in the Atlanta Fulton County as a special prosecutor at the Georgia District Attorney Office; it was there that she mainly focused on felony cases revolving around serial rape, murder, child molestation and arson. After close to a decade of working as a special prosecutor, she left her position when the District Attorney for whom she had worked for, opted to not run for re-election.

Nancy Grace’s Career as a Legal Broadcaster on Television 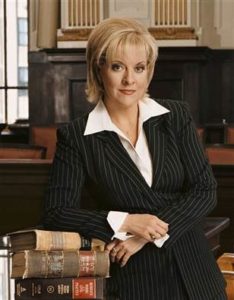 Shortly after parting from the the Atlanta Fulton County, Grace was contacted by the founder of Court TV (a network that focused on crime-themed television programming), Steven Brill; he offered her a position in a legal commentary series with Johnnie Cochrain, which she promptly accepted. After Cochrain departed from the series, she hosted a live-trial coverage series on the network. In 2005, Grace began hosting her own self-titled current affairs program on television, Nancy Grace. Premiered on the HLN Network that February, it covered a number of current legal trials and issues, with opinions from both defence attorneys and the former special prosecutor herself. Although Grace acted as the main host of the talk show, several CNN hosts have guest-hosted the show for her in some instances (for example, when she was off for Dancing with the Stars training); a few anchors who have substituted for her include Jean Casarez, Rita Cosby and Jane Velez Mitchell.

Although Nancy Grace enjoyed a long run of over ten years on television, it garnered much controversy during its time on airーmainly for Grace’s outspoken comments and opinions on several cases. Particularly worth mentioning was her handling of the Duke Lacrosse and Elizabeth Smart kidnapping cases, which went under significant scrutiny at the time. In response to her actions, Jonathan Turley, a law professor at George Washington University stated that Grace had “demeaned both professions with her hype, sensational analysis and rabid persona.” While there had undoubtedly been a number of public viewers who took her words on the show seriously, the series was met mostly with negative reviewsーwith many criticizing it for eroding the respect for basic human rights.

After over ten seasons and more than a thousand episodes, Nancy Grace came to an end when the host announced that she would be leaving the HLN Network in October of 2016; the primetime legal analysis series ultimately aired its last episode on October 13, 2016.

In the fall of 2010, Grace began hosting a reality court show called Swift Justice, which featured a wide variety of small-claims court cases. Shot at the studios of Georgia Public Broadcasting located in Atlanta (as Grace had wanted to remain in the area at the time), the first season enjoyed a modern settingーcomplete with an open lectern, large projection display and brightly coloured backgrounds. After the airing of one season however, it was announced that Grace would be leaving the show (as she would be relocating back to Los Angeles) and will be replaced by Jackie Glass, who was known for presiding over the OJ Simpson robbery case. In a later interview with New York Post, Grace revealed that family obligations were ultimately a deciding factor in her leaving Swift Justice.

Nancy Grace’s Other Appearances on Television 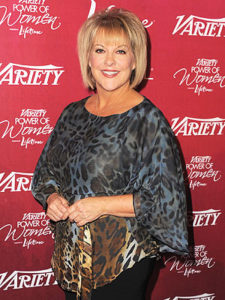 In September 2011, the legal commentator participated as a contestant on the thirteenth season of ABC’s dancing reality competition, Dancing with the Stars. Paired up with professional dancer, Tritan MacManus, the two started off performing with the Cha-Cha-Cha in the opening week, which garnered them a score of 16 from the judges. Although they were the last ones to be called safe, they ultimately made it to the second week where they scored much higher with a performance of the Quickstep to Duke Ellington’s It Don’t Mean a Thing (If It Ain’t Got That Swing). Over the next few episodes, Grace and her partner performed the Waltz, Paso Doble, Rumba, Foxtrot, and Jive which successfully moved them along to the next rounds of the competition. Despite a promising start however, the dancing couple were ultimately eliminated during week eight, after achieving the lowest score of the night. Season fourteen of Dancing with the Stars was ultimately won by actor, J.R. Martinez and his partner in crime, Karina Smirnoff.

A few months earlier that same year, Grace also played a small recurring role in the Fox sitcom, Raising Hopeーit marked the first time that she portrayed the part of a comedic character on television. First premiered in November 2013, the Emmy Award-nominated series revolved around a man named James Chance, who finds himself having to raise a daughter with the help of his family, after impregnating a serial killer during a fateful one night stand who has since been sentenced to death. While actors Lucas Neff, Martha Plimpton and Garret Dillahunt played the lead parts, Grace appeared as herself in the last two episodes of the show’s second season which aired in April of 2012. 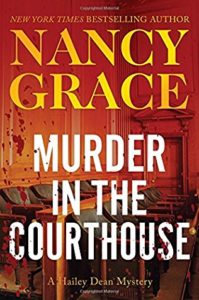 Since she ended her twelve year career with HLN, Grace has been busy promoting the Hallmark Movies & Mysteries series, Hailey Dean Mystery: Murder, With Love, which she oversees as an executive producer. Based on characters from her best-selling Hailey Dean Mystery novels, it currently airs every Sunday and stars former prosecutor, Kellie Martin. Filmed this past summer in Vancouver, Grace has exclaimed that she couldn’t be happier with Martin in the cast; she also later revealed that while she’s mostly involved with the series behind the cameras, she will be making a brief cameo as a defence attorney in the movie.

Aside from her dealings on the small screen, Grace has also recently just come out with a new novel calledー Murder in the Courthouse: A Hailey Dean Mystery. Released on October 11, 2016, the book once again features its protagonist Hailey Dean, as she sets off to work on a sensational Julie Love Adams murder trial; however she soon finds herself enmeshed in a deadly mystery after delving deeper into the case. Since its release, it has been on the receiving end of many favourable reviews, with many readers having commended it for its dramatic twists and intriguing storyline. In support of her new book, Grace also held a book-signing on Saturday, November 6, 2016 at the Books-A-Million located in Sugarloaf Millsーa gigantic single story shopping mall in Lawrenceville, Georgia.

If you’d like to stay connected with the former prosecutor, you can do so by following her on social mediaーyou can find Grace’s online presence on Twitter (@NancyGrace) as well as on Instagram (@thenancygrace). Don’t forget to also check out her official website and Facebook page for her latest news!