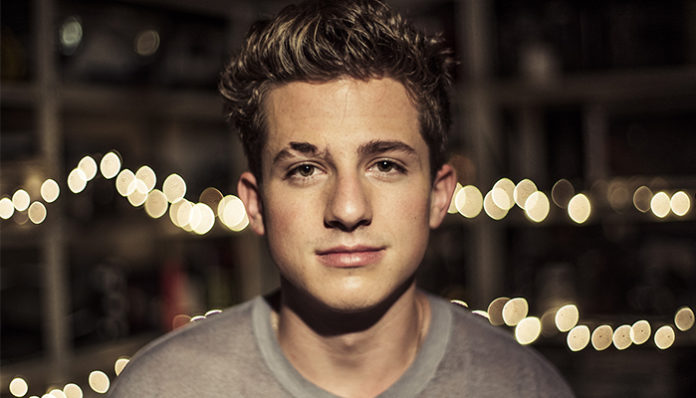 Charlie Puth is an American singer-songerwriter who first rose to fame in the late 2000’s through his viral uploads onto Youtube. Capable of perfect pitch, he was introduced to the world of music at the age of four by his mother, who taught him how to play the piano. Expanding his repertoire, he eventually took up jazz when he was ten years old. Noticed for his musical talents, he was later offered a position in a Charlie Brown position at The Count Basie Theatre in New Jersey. By the time he was in sixth grade, he had earned $600 from recording and then selling Christmas albums door-to-door. However it wasn’t until he started to upload various acoustic covers onto his Youtube channel in 2009, that he began to gain universal attention. To add to his already rising popularity, a breakthrough came when he participated and won an online video competition called, “Can You Sing?” sponsored by Perez Hilton.

Quickly achieving stardom, Puth spent the next couple of years performing at various venuesーhe sang at the DKMS Delete Blood Cancer Event and even made an appearance on The Ellen Degeneres Show, the latter of which garnered him much applause from the comedian. An up-and-coming artist, the twenty-four year old has released four singles, three extended plays, eight music videos and one full-length studio album, since he first made a name for himself as a singer. A multi-platinum achieving artist, he has received much recognition for his work throughout the past few years; in 2011, he won his first awardーa Pop Crush Music Award for “Best Cover Song” for his rendition of Adele’s Someone Like You, which he had performed for Perez Hilton’s online singing competition. A three time Grammy Award nominee, Puth has also won two Teen Choice Awards, two Billboard Music Awards, a Critics’ Choice Movie Award, a Hollywood Music in Media Award, amongst a couple of others.

Continuing to engrave an identity for himself in the industry, Puth has embarked on several concert tours including the Jingle Ball Tour 2015, which featured various other popular artists such as Demi Lovato, One Direction, Selena Gomez and Nick Jonas. More recently this year, he has also been headlining the We Don’t Talk Tour and the Nine Track Mind Tour, in support of his debut album which came out in January of 2016.

However despite his musical accomplishments, fans and individuals always seem to be curious about one particular attribute of the young singerーwhat happened to his eyebrow? Why does it appear to have been shaved off? Before we delve into answering that question, let’s take a deeper look at Puth’s music career. 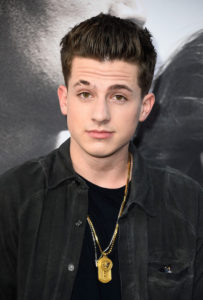 Born on December 2, 1991, in Rumson, New Jersey, Charles Otto Puth Jr. is the son of Charles and Debra Puth, a real estate agent and music instructor respectively; he is the oldest out of three siblings, and is of German and Jewish descent. Introduced to music by his mother at a young age, it didn’t take long for her to realize that her son had perfect pitchーa rare auditory phenomenon that enables an individual to recreate or identify a musical note without the use of a reference. With this trick up his sleeve, he began playing the piano when he was four years old.

Quickly mastering the way of the instrument, he went on to learn jazz at the age of ten, something which led him to participate in a summer youth jazz ensemble in Red Bank, New Jersey, when he was twelve years old. Recognized for his talents, Puth was later recruited and hired by The Count Basie Theatre to perform in a production of Charlie Brown. As a student, he went to Holy Cross School in the late 90’s prior to attending the Rumson-Fair Haven Regional High School in his teen years; he later graduated from the latter in 2010. To supplement his musical studies, Puth also enrolled at the Manhattan School of Music Pre-College where he majored in jazz piano and minored in classical studies. He eventually went to the Berklee College of Music, where he graduated from in 2013 with a Bachelor’s degree in engineering and music production. 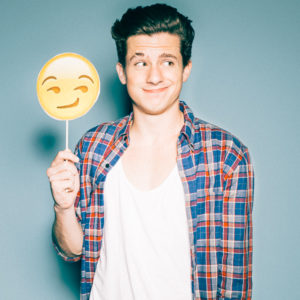 It was during his senior year in high school that Puth first began uploading videos of his singing onto his own Youtube channel; his initial upload was that of a song entitled, These Are My Sexy Shades. Taking to the online platform, he began posting more recordings regularly, gaining thousands of subscribers along the way. Four months after his first upload, he released The Otto Tunes, an independent extended play. However it wasn’t until he took part and eventually won an online video contest called “Can You Sing?” sponsored by American blogger Perez Hilton in 2009, that he was launched into celebrity status. For the competition, he performed a rendition of Adele’s Someone Like You alongside Emily Luther. Winning over thousands of viewers with his performance, he was later invited onto The Ellen Degeneres Show, where he dazzled the audience members with his singing. In December 2011, he released his first single entitled Break Again which also featured Emily Luther in the vocals.

Carrying on with his work as an emerging music artist, Puth performed in multiple venues and events over the next year including one for the DKMS Delete Blood Cancer Organization, the largest bone marrow donor centre in the world. In 2013, the singer released his second independent EP entitled Ego via online streaming; he also helped to write and produce various songs for a number of Youtube personalities. For instance, he composed the theme song for the Shane and Friends podcast and also helped to write the theme for Charles Trippy’s blog called Internet Killed Television. Continuing to showcase his songwriting abilities, Puth also helped co-write Celebrate, a song from Pitbull’s 2014 studio album, Globalization. 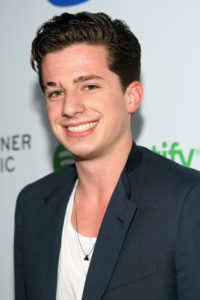 In 2015, Puth secured a recording deal with Atlantic Records; consequently, all of his previous recordings were taken down from iTunes. On February 10, 2015, the singer released his debut single entitled, Marvin Gaye. Produced by Puth himself, the song featured fellow singer Meghan Trainor in the vocals and debuted at number eighty-seven on the Billboard Hot 100 Chart in the United States, prior to peaking at number twenty one; it also charted on the US Mainstream Top 40, Adult Top 40, Adult Contemporary charts at number fifteen, number twelve and number twenty-seven respectively. Met with critical acclaim overseas, Marvin Gaye also made its way onto the charts in dozens of other countries overseas including France, Ireland, Israel, Italy, New Zealand and Scotland, all of which saw Marvin Gaye at the number one position. An accompanying MV directed by Marc Kalsfeld was eventually released in April of that year.

In the summer of 2015, Puth released a second single entitled, One Call Away. Another song for his upcoming debut album, it entered the Billboard Hot 100 at number eighty-nine prior to climbing up to number twelve in the subsequent weeks. Met with comparable success compared to that of Marvin Gaye, it topped the US Adult Top 40 Chart and also reached the top twenty on the US Adult Contemporary and Mainstream Top 40 Charts. Not only was it a best-seller in his native United States, but it also reached the top ten in Australia, Austria, Poland, New Zealand and South Africa, amongst other countries. His second highest-charting single to date, the music video for One Call Away was later released via his on Youtube channel on September, 14, 2015. As of July 2016, the single has received 2x Platinum certification from the RIAA in the US.

A few years in the making, Puth released his debut studio album, Nine Track Mind in January 2016. Although it was originally scheduled for a November 2015 release, it was later pushed back due to the artist’s schedule. Produced in collaboration with a team consisting of DJ Frank E, Red Triangle, Jesse Shatkin, and a few others, the pop album contained twelve tracks, including One Call Away and Marvin Gaye which had previously been released as hit singles; other stand out titles from the track list include Losing my Mind and We Don’t Talk Anymore, the latter of which featured Selena Gomez. A commercial success, Nine Track Mind entered the US Billboard 200 at an impressive number six shortly after its release; despite being successful in terms of sales however, the album received several negative reviews from criticsーMetacritic even ranked it as the “7th worst reviewed album on the site.” In spite of the less-than-ideal ratings, Nine Track Mind still went on to sell over 500,000 copies in the US, earning it Gold accreditation from the RIAA.

Five months after the release of his first full-length album, Puth released the third single from Nine Track Mind, We Don’t Talk Anymore, which featured singer Selena Gomez as a guest vocalist. His second top ten single, the song peaked at the ninth position on the Billboard Hot 100 Chart and also reached amongst the top ten in New Zealand, Australia, Spain and Portugal. Noted for being ” a tropical house song with dance influences”, We Don’t Talk Anymore also saw the release of a music video which premiered on BuzzFeed in August 2016. The album has since been certified Gold in the United States. 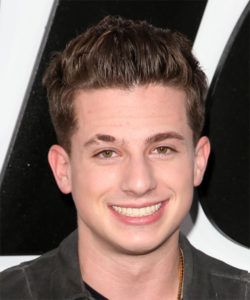 Now that we’ve taken a good look at his musical career, let’s talk about his eyebrowーwhy is it “like that?”   More specifically, why does it look like Puth seemingly keeps his right eyebrow shaven? A constant question that keeps popping up ever since he entered the public eye, the singer has admitted that he’d like for fans to stop questioning him about that part of his face.

After being overwhelmed with constant questions about his eyebrow, Puth finally put a rest to the rumours (allegedly of his habit of shaving his eyebrows) by stating that it is in fact, a scar. The pop singer further explained that the scar is actually from a childhood incident involving a dog, one which caused serious head trauma which almost led him to have lost his life when he was two years old. Keeping a good sense of humour, Puth also likes joking about his eyebrow questions with the claim that no, he is not part of a gang and that the scar “does not represent the amount of people that [he’s] killed.”

If you’d like to stay up to date with Charlie Puth, you can do so by following him on social mediaーyou can find his online presence on Twitter (@charlieputh) and Instagram (charlieputh). Don’t forget to drop by his official website as well! While you’re at it, you probably also want to make sure that you check out his Youtube ChannelーI mean, it’s the thing that got him famous in the first place after all!