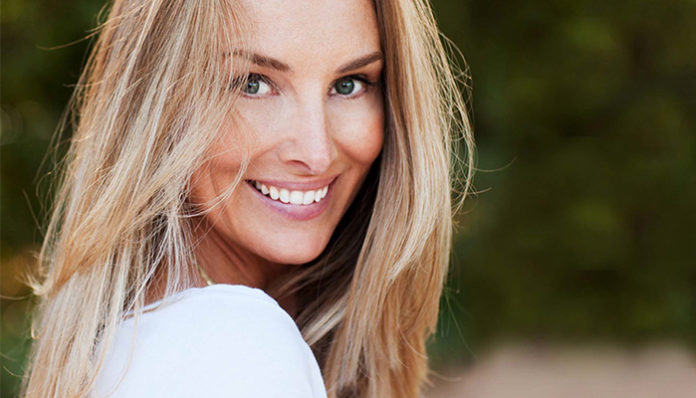 Chynna Phillips is an American singer who is best known for being one of the three members of the popular 90’s girl trio, Wilson Phillips. The daughter of performers Michelle and John Phillips, she made her very first appearance on television when she was only seven years old; besides acting, Phillips had also always enjoyed singing. After a brief modelling and acting career during her early adulthood, Phillips joined the Wilson sisters, the daughters of Beach Boy Brian Wilson both of whom she had grown up with, in their singing group; they eventually named themselves as “Wilson Phillips”. Together, the trio released their debut full-length album in 1990; proving to be a huge hit, it effectively threw the girls into the path of stardom. A second studio album entitled, Shadows and Light shortly followed two years later in 1992.

Since their debut in the early 90’s, Phillips and the Wilson sisters have released five studio albums (two of which are RIAA certified) and thirteen singles; three of their songs later reached number one on the US charts. To date, their most popular record remains to be their 5x Platinum debut album, Wilson Phillip. One of the best-performing female groups of the 1990’s, Wilson Phillips won a Billboard Music Award for “Hot 100 Single of the Year” not along after their debut, for their number one hit, Hold On. Did we also mention they received five Grammy Award nominations and two American Music Award nominations?   Besides her work as a member of Wilson Phillips, Phillips also embarked on a brief solo music career during the mid 90’s; she released her independent debut album, Naked and Scared in the winter of 1995.

While Phillips is most widely known for her accomplishments as a music artist, the fact isーshe has also worked as an actress from time to time (she did get her start in the show business as a child actress after all!). When she was seven, she made her television debut in the drama series, Little Boy Blue. From there, Phillips didn’t reappear on the small screen again until the late 1980’s, when she was in her early twenties. Some of her acting works during this period include Some Kind of Wonderful (1987), Moving Target (1988), The Invisible Kid (1988), Goodbye Miss 4th of July (1988), The Comeback (1989), and Traveling Man (1989), to list a few. In 2004, she also lent her voice to a minor recurring character in the animated cartoon series Danny Phantom.

So what has the singer of Wilson Phillips fame been up to since then? Has she focused her attention more on acting or on music nowadays? What happened to Chynna Phillips? What has she been doing recently? 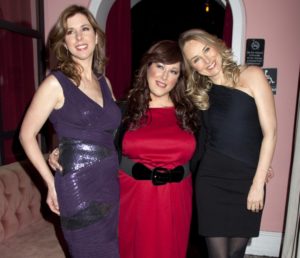 Born on February 12, 1968, in Los Angeles, California, Chynna Gilliam Phillips is the daughter of Michelle and John Phillipsーmembers of a popular 60’s band called the Mamas and Papas. Growing up in a musical household, Phillips was exposed to the  songs of many artists such as Jack Nicholson and Warren Beatty. As a young girl, Phillips had always been friends with the Wilson sisters, the daughters of Brian Wilson of Beach Boy fame; they knew each other every since they were infants and were extremely close, they even had a childhood band together called “The Satellites.” Following in her parent’s footsteps, Phillips stepped into the performing world at the age of seven when she played a small role in an American drama series called Little Boy Blue in 1975.

Following her high school graduation, Phillips went back to her roots and began to pursue a acting and modelling career. She soon landed a part in the feature film, Some Kind of Wonderful (1987) and eventually also appeared on the television film, Moving Target (1988) and The Invisible Kid (1988). She continued to act until Owen Elliot, a former member of her parents’ band, Mamas and Papas, raised the suggestion of reuniting the children of the 60’s musicians for the recording of a charity album. Before long, Phillips rejoined her long-time friends the Wilson sistersーCarnie and Wendy Wilson and together the trio formed a vocal group known as “Wilson Phillips.” 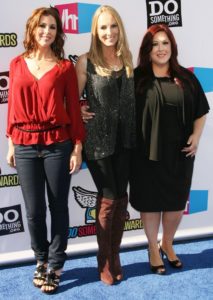 As a trio, the girls wrote and recorded many songs including Hold On and Impulsive; they eventually scrapped enough money together for a recording contract and produced their first studio album entitled, Wilson Phillips in 1990. Produced by Glen Ballard, the album featured ten sugary commercial pop songs including The Dream is Still Alive, Ooh You’re Gold, Over and Over and Next to You (Someday I’ll Be). “Enjoyable” according to critics, their self-titled work was a commercial success, having peaked at number two on the US Billboard 200 Chart. A strong debut, it also reached the top twenty in six other countries (e.g. Canada, Australia, UK, New Zealand, Switzerland, Norway). Out of its ten-song track list, a handful were eventually released as singlesーHold On, Release Me, Impulsive, You’re in Love and The Dream Is Still Alive; of the five, three eventually topped the Billboard Hot 100 Charts. A huge hit, the album saw over ten million sales worldwide and even sent the girls away to multiple countries on tour. The girls’ best-performing album to date, it was certified 5x Platinum as of April 1991.

After returning to their native United States from touring the world, they began to work on a second album. Shadows and Light, their subsequent work was later released in the summer of 1992, after three months of recording. In contrast to their first album which contained positive and lightweight lyrics however, Shadows and Light revolved around much darker themes such as child abuse and other personal issues such as estrangement from their fathers. Although the album was met with mixed reviews from critics shortly after its release, it performed fairly well on the charts, peaking at number four on the Billboard 200; similar to Wilson Phillips, it was also a hit in several other countries including Switzerland, where it settled in at number three. However its chart performance was ultimately not reflective of its lack of commercial success; while the album went on to spawn three singles, the girl group eventually disbanded by the end of the year.

They didn’t get together again until over a decade laterーwith the release of their third studio album, California in May 2004. Their first full-length album together in twelve years, it was also Wilson Phillips‘ first cover album. Created in collaboration with music producer Peter Asher, the comeback album as it was called, consisted of eleven songs including You’re No Good, Old Man, Go Your Own Way, Get Together, and Already Gone amongst others. Commended for its vocal harmonies and orchestral instrumentals, California featured many highlights including Dance Dance Dance, In My Room, Monday Monday and Doctor My Eyesーall of which received praised from contemporary critics. Given a three and a half star rating from Allmusic, the album peaked at number thirty five on the Billboard 200; it also reached number nine on the New Zealand Albums Chart. To date, over 33,000 copies of California have been sold in the United States.

Phillips and the Wilson sisters released their fourth full length album, Christmas in Harmony in October 2010. Their first holiday album, it was produced by Glen Ballard, the producer whom had helped the girls with their first two records. Released six years after their last effort together, the disc contained thirteen songsーa mix of traditional carols, covers as well as original compositions; some stand-outs include I Wish It Could Be Christmas Every Day, Little Drummer Boy, When a Child is Born and Santa Claus is Coming to Town, Our Prayer amongst various others. Although it only ranked in at a disappointing number 135 on the Billboard 200, the holiday album did manage to peak at number nine on the Billboard Top Holiday Albums Chart. I Wish It Could Be Christmas Every Day was later released as a single, with an accompanying music video.

The girls’ most recent album entitled Dedicated was released in April 2012. Their second record under Sony Masterworks, it was slightly more successful than Christmas in Harmony, having reached number twenty-nine on the US Billboard 200. To date, over 60,000 copies have been sold in the United States alone. One single was eventually produced from the albumーGood Vibrations, a cover of the the 60’s Beach Boys original; it peaked at number twenty five on the US Adult Contemporary Chart.

During Wilson Phillips’ hiatus in the mid 90’s, the artist released her first and only solo studio album, Naked and Sacred in November 1995. According to Phillips, she had been offered a $1 million contract to record and release a solo album under the EMI label; however due to the album’s lack of commercial success (it has only sold 22,000 units in the US) she was eventually dropped. Although its results were disappointing overall, it did go on to release three singles including I Live For You, Naked and Sacred and Just to Hear You Say That You Love Me. 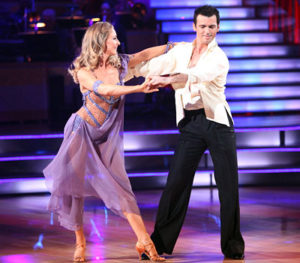 This February, it was announced the Phillips will be once again reuniting with the Wilson sisters as Wilson Phillips to perform at the St. Augustine Amphitheatre in Florida. The event took play in May 2016, and also served as an unofficial celebratory event for the pop trio’s 25th anniversary. One of their most recent public concerts, the girls also shared the stage with the Jacksonville Symphony the night of the performance. Although not as recent, Wilson Phillips also reunited for another show last November, for the North Shore Animal league Gala in New York City. Still going strong after all these years, the 90’s pop trio looked truly glamorous as they graced the red carpet with their presence prior to the annual fundraiser event.

Besides those two public appearances, Phillips really hasn’t been in the spot light all too much these years. The last time that she starred on television was back in 2011 when she participated in the American dancing competition, Dancing with the Stars. A contestant on the thirteenth season of the show, the singer was partnered up with professional dancer Tony Dovolani; together, the pair showcased their dance moves for a handful of episodes before being eliminated from the series during the fourth week. Since then, the singer seems to have taken a back seat in the show business.

Are you a longtime Chynna Phillips fan? Or perhaps you’re a fan of the popular pop trio that she was a member of? Why not stay connected with the star by following her on social media? You can find her online presence over at Twitter under the username @ChynnaPhillips!