What Happened to Dido- News & Updates 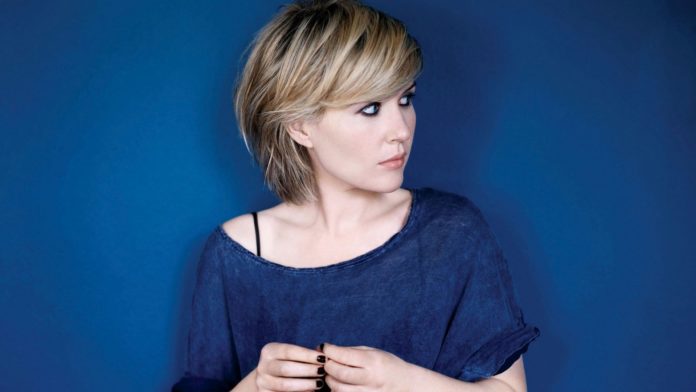 Dido first rose to fame in the 90’s as a talented singer-songwriter with her debut album, No Angel. Having fostered an interest for music ever since she was a young girl, she took up multiple instruments growing up including the violin, piano and the recorder. After spending a few months touring with a music group during her late teens, Dido set her heart on becoming a singer. Chasing after his newly found dream, the aspiring vocalist began to sing and perform while working at a publishing company during the early 90’s. Not long afterwards, Dido recorded a demo tape and through word of mouth, eventually met Clive Davis, the director of Arista Records at the time. Realizing her talent, a recording deal was later made between the two partingsーsomething which put Dido one step closer to her dream of becoming a music artist.

Since stepping foot into the studio for the first time, Dido has released four full-length albums and nineteen singlesーmany of which later grew to become big hits. Despite having only achieved international success in the early 2000’s, she has already accrued a fair share of awards including three World Music Awards, four NRJ Awards, an ASCAP Pop Music Award, four BRIT Music Awards and many others. Having sold over 21 million records worldwide, Dido is also a two time Grammy Award nominee, a six time MTV Video Music Award nominee and a three time MTV Europe Music Award nominee. On top of that, Dido has also been ranked by Billboard to be amongst the “Top Billboard 200 Artists of the 2000s.”

Having won over many fans with her songwriting, Dido has also written numerous songs for popular television series such as Top of the Pops (2000), Dawson’s Creek (2003), Emmerdale (2003), Smallville (2005), Grey’s Anatomy (2009) and Ugly Better (2009), just to name a few. The farthest thing from camera shy, the music artist has also been featured as a guest on various television series on several occasions including that of Late Night with Conan O’Brien (2000), The Rosie O’Donnell Show (2001), The Ray Martin Show (2001), The Tonight Show with Jay Leno (2008), Ellen: The Ellen Degeneres Show (2008) and Live! with Kelly (2013). In 2013, Dido also took on the role of a battle advisor on the singing competition series, The Voice UK.

So what has the English singer been up to since the early 2010’s? What has Dido been working on lately? What happened to her? Where is she now in 2018? 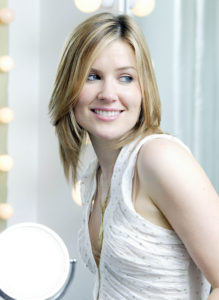 Born on December 25, 1971, in Kensington, London, Florian Cloud de Bounevialle Armstrong “Dido” is the daughter of William O’Malley and Claire Armstrong, a former publisher and a poet respectively; she has an older brother named Rowland Constantine who also works in the music industry as a record producer. Raised in a home that was frequently filled in music, it became a large part of her life early on in her life. As a means of entertainment, Dido spent much time playing and perfecting her playing of the recorderーon some days, she’d be glued to the instrument for six hours in a row. A few years down the road, she also took up piano as well as piano as a student at the Guildhall School of Music & Drama.

Carrying on with her musical interests into her teens, Dido eventually found herself touring the UK with a classical music ensemble, playing the same instruments which she’d since mastered. However although she enjoyed the experience, she soon began to gravitate towards voice and singing by the time she was sixteenーsomething which may have been influenced by her discovery of American jazz singer, Ella Fitzgerald’s music. Despite her newly found interests however, her ambitions of becoming a singer were looked down upon by her brother (who had already embarked on his own music career at the time), who had reservations about her ability to sing professionally. Continuing with her dreams anyway, Dido soon began to perform with a handful of London bands while working at a book publishing company during the day.

A few years later, her hard work finally paid off; Dido had successfully landed a gig performing as a backup singer for a trip hop group known as Faithless. With the success of their eventual album, the aspiring artist became inspired to write and sing her own music. Acting on that, she quit her job as a literary agent and headed off to pursue a full time music career; as luck would have it, she ended up landing a recording deal with Arista Records within a year’s time.

Dido’s Breakthrough into the Music Scene with her Debut Album 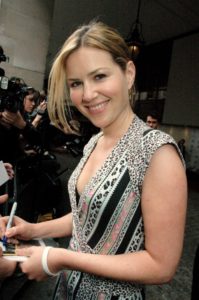 In the summer of 1999, Dido released her first studio album, No Angelーeffectively making her debut into the music scene as a recording artist. Prior to it being made available in stores, a promotional EP was distributed to a number of radio stations in support of its release. Produced with the help of Jamie Catto, Sister Bliss, Duncan Bridgeman, amongst others, No Angel consisted of twelve dream pop and folktronica-esque songs including Here With Me, Don’t Think of Me and Take My Hand.

Upon its release, the album debuted at number fifty on the US Top Heatseekers Chart and sold close to 20,000 copies; however its popularity soon shot upーin a few weeks, it had managed to reach the number one spot in nine separate charts/countries around the world! A critical success, No Angel was warmly received by critics and has since embraced the title of being the second best-performing album of the 2000’s in the United Kingdom. At present, it has sold well over 21,000,000 copies worldwide.

Following in the success of her debut effort, Dido released her second full-length album entitled, Life For Rent in September 2003. Produced by songwriter Rick Nowels and her own brother Rollo Armstrong, the album was greatly praised by critics upon its release, mainly for its sound quality and depth of lyrics. An immediate best-seller, Life For Rent sold an astonishing 102,500 copies on the first day and eventually  400,000 units by the end of the initial weekーmaking it the fastest-selling album ever to be released by a female artist. Having accomplished the feat of achieving over five million sales in under two weeks, Life For Rent was later recognized as the seventh best-selling album of the 2000’s in all of the UK. Boasting a track list of twelve songs, it peaked at number four on the Billboard 200 and at number twelve on the Top Internet Albums Chart; similar to her debut album, it also reached the top of many other the charts in multiple other countries such as Scotland, Sweden, Belgium, Australia and Denmark.

It wasn’t until November of 2008 that the artist released her next studio album. Entitled Safe Trip Home, the album was noted for its cover artwork, which featured a astronaut, Bruce McCandless II while he was on a spacewalk. Described to be a mature piece of work by critics, the album served as a memorial to Dido’s father, who had passed away two years prior in 2006 due to ill health. Shortly after Safe Trip Home was released, it peaked at number thirteen on the Billboard 200 Chart; it also peaked at number two on the UK Top Albums Chart and at number one on the European Top 100 Albums Chart. Nominated for a Grammy Award in 2010 for the category of “Best Engineered Album”, it received much widespread recognition and was later ranked number fifty on Q Magazine’s list of “50 Best Albums of the Year 2008.” The 44th best-selling album in the world cording to IFPI, it has since sold over 5 million copies in the worldーapproximately 450,000 of them being that of in the United States.

Dido’s latest studio album, Girl Who Got Away was released in stores in March 2013. A follow up to her previous Safe Trip Home, the album largely consisted of pop sounds with hints of trip hop and electropop laced in between. After being released, it debuted at the fifth position in the UKーthe artist’s fourth album to achieve such a feat. The album later climbed up to number two on the German and Swiss Top Albums Chart and in the United States, it reached number thirty-two on the Billboard 200 Chart. In order to promote the eleven-track album, Dido performed a number of live concerts, and made several appearances on talk shows such as BBC Radio 2 and Jimmy Kimmel Live! prior to its release. Although Girl Who Got Away garnered relatively mixed reviews from critics, it did go on to release two singles: End of Night and No Freedom, the latter of which settled in at number fifty one on the Singles Chart. To date, the album has sold over 125,000 copies in the US and over 800,000 units worldwide.

From there, Dido released her latest albumーa Greatest Hits compilation album in the winter of 2013. Released as a two disc collection, it featured all of the artist’s singles since her debut days in 1999. The eighteen-track disc was a mediocre success; it eventually peaked at number twenty seven in the UK. 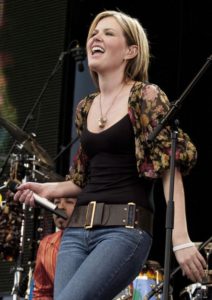 After three years of no new material, rumours began surfacing on the web that the singer quite possibly had an upcoming project for this yearーa collaboration with the Irish singing duo, Jedward. The rumours all started when Jedward posted a message onto their Twitter account last month, apparently telling Dido to “get on that mic”; the short blurb was also accompanied by a photo of the trio themselves, who judging from said image, seemed to be enjoying themselves. Although many fans have remained hopeful about the implications from the tweet, no one can say for sure whether or not a collaboration is really in worksーthey could be recording at a studio or simply having fun at a karaoke box…we really can’t tell.

Past that however, the elusive star really hasn’t given us much to work with regarding what’s in her future plans. Considering the fact that Dido did give birth to a son a few years ago however, probably does offer us a clue on where most of here time is spentーwith her family. Even on the television front, she’s been fairly quiet since her time on The Voice UK three years ago. Judging from her credits, the latest project that she worked on was that of the soundtrack for the television series, Transparent in 2015. Will she be making a comeback with Jedward as many have speculated? Only time can tell!

If you’d like to stay up to date with the pop star, following Dido herself on social media may be a good startーyou can find her on Twitter (@didoofficial) as well as on Instagram (@dido). It’s probably not a bad idea to also check out her official website (didomusic.com)!