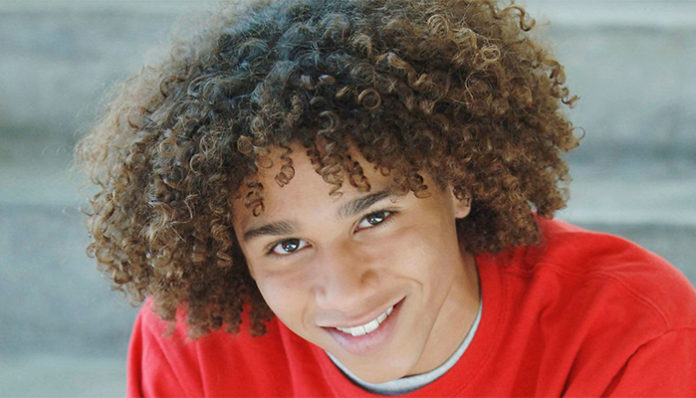 Corbin Bleu is an American actor who is probably best known for his role as Chad Danforth in the High School Musical series. An avid dancer since the age of two, Bleu not only took jazz lessons but also ballet for several years as a child. He made a number of appearances on national television in various commercials prior to becoming a model with the New York Ford Modelling Agency at the age of four. By the time he was six, he landed his first professional role in a musical production of The Town Hall. Over the next years, he went on to secure a series of small roles on the big screen including Beach Movie (1998), Mystery Men (1999), Galaxy Quest (1999) and Catch That Kid (2004), amongst others. Close to ten years after his debut, Bleu finally caught a break in 2006 when he was cast as a series regular in the  popular teen musical, High School Musical.

A major hit upon its release, Bleu later went on to reprise his role as Chad Danforth in the eventual spinoffs, High School Musical 2 (2007) and High School Musical 3: Senior Year (2008). Having emerged from the unknown from his part in the musical franchise, Bleu soon found himself starring in multiple television series and films including Flight 29 Down (2005), Hannah Montana (2006), Free Style (2009), The Little Engine That Could (2011) and Scary or Die (2011), to list a few. A celebrated actor, he won an LA High School for the Arts Award for “Theatre Student of the Year” in 2005 as well as a Poptastic! Award in 2007. His portrayal of Chad in the High School Musical series also garnered him an NAACP Image Award nomination, a Young Artist Award nomination and a Teen Choice Award Nomination.

Besides his established career as an actor, Bleu has also dabbled in music recording and has released two studio albums. He released his debut album, Another Side in 2007 and followed up with a second album two years later entitled, Speed of Light; he has also released five singles and five music videos. Known for his baritone voice, many contemporary critics have compared his music and singing to that of Justin Timberlake. A trained singer, Bleu has also taken part in several theatre productions including In the Heights (2010), Godspell (2012), Family Shots (2015) and more recently, Holiday Inn (2016).

So what has the talented artist been up to recently? What new endeavours and projects have the star taken on these past few years? What happened to Corbin Bleu? Where is he now in 2018?

Corbin Bleu’s Childhood and Early Start in the Show Business 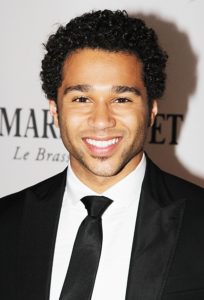 Born on February 21, 1989, in Brooklyn, New York, Corbin Bleu Reivers is the son of David and Martha Reivers, the former of whom was also an actor; he has three sisters and is of Jamaican and Italian descent. Growing up in the 90’s, Bleu loved to danceーhe took up jazz and eventually also began ballet classes despite the fact that he was typically the only male in the group. At the age of two, he landed a few television commercials including ones for Hasbro, Nabisco and Bounty; by the time he was four, he was working as a child model with a New York based modelling agency. A natural performer, Bleu later went up on the stage for the first time as a professional actor when he was cast in an off-Broadway production of The Town Hall.

When he was seven years old, Bleu and his family loved from his native Brooklyn to the bustling city of Los Angeles. While there, he was a student at the Los Angeles County High School for the Arts; during that time, he also attended Debbie Allen Dance Academy where he continued to polish up his dancing. In 1996, the aspiring performer played a small part in the medical drama, ERーit was his first appearance on a television series. Over the next years, the young actor had a number of minor roles in Soldier (1998), Malcolm & Eddie (1998), Beach Movie (1998), Mystery Men (1999), Family Tree (1999) and Cover Me: Based on the True Life of an FBI Family (2000). 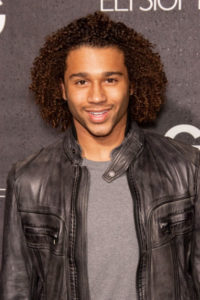 While he continued his dancing training, he landed his first lead part on the big screen in the 2004 comedy film, Catch That Kid. A remake of a 2002 Danish movie, it revolved around a girl and her friends who decide to rob a bank after learning that money is needed to aid her dying father. While Kristen Stewart played the role of female protagonist Maddy Phillips, Bleu played the part of her friend Austin while Max Thieriot played the part of her other friend, Gus. Released in theatres on February 6, 2004, Catch That Kid was met with less-than-ideal reviews, many having criticized it for its lack of originality. Although it was a box office flop, having only grossed $10 million, it served as an important step for Bleu, who was still building his acting career at the time.

After taking part in a couple of musicals while he was in his second year at the Dance Academy, Bleu was offered a role in the television series, Flight 29 Down. Created by Stan Rogow of Lizzie McGuire fame, it followed the lives of a group of teens, who after crashing their plane amidst a tropical storm, find themselves alone and stranded on an Island off the South Pacific Ocean. First premiered on the Discovery Kids Network in October 2005, Flight 29 Down has been regarded by many to be a “Lost for teens.” In the show, Bleu played the part of Nathan McHugh, a young boy scout who tries to be the leader of the group. Other members of the ensemble cast include Allen Alvarado, Hallee Hirsh, Jeremy Kissner, Johnny Pacar and Lauren Storm. Filmed in Hawaiian island of O’ahu, the series went on for two years, spanning three seasons and thirty episodes before ending in the summer of 2007.

Years after his debut as an actor, Bleu received a breakthrough in his career in 2006 when he was cast as one of the main characters in the eventual Emmy Award-winning film, High School Musical. A disney original movie, the TV movie was the first instalment of a trilogy directed by Kenny Ortega. A huge hit upon its release, it soon became the most watched film of the Disney Channel, having garnered over 7.7 million viewers during its premiere in the United States. Often described by critics to be a modern adaptation of the Shakespeare play Romeo & Juliet, High School Musical revolved around two teens, Troy Bolton and Gabriella Montez, who happened to belong to two opposing rival cliques at school; despite their differences however, they eventually partake in the school’s musical and in doing so, effectively divides the students.

Filmed at a local high school in Salt Lake City, the soundtrack of High School Musical received much praise and quickly became one of the best-selling albums in the country, having peaked at the charts that year. Not surprising of a hit film, it also won numerous awards including two Primetime Emmy Awards, three Teen Choice Awards and a Golden Reel Award, amongst others. For his role as Chad Danforth, the team captain of the school’s basketball team, he was nominated for an Image Award and a Young Artist Award in 2007 and 2008 respectively. 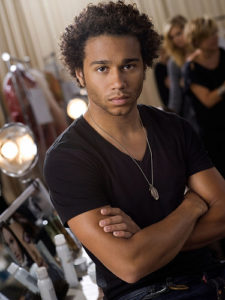 In 2007, Bleu starred in his next film, another Disney Channel original entitled Jump In!. Directed by Paul Hoen, the television movie revolved around a young boy named Izzy Daniels who trains regularly in order to try to follow in his fathers footsteps and win the Golden Glove, an amateur boxing tournament. While Bleu played the lead role of Daniels, Keke Palmer portrayed the role of Mary, his friend whom has a crush on Daniels. Reaching the screens on the Disney Channel that January, Jump In! was a major hit amongst young viewers and quickly became the highest rated premiere the network has ever since, breaking the previous record set byThe Cheetah Girls 2 in 2006. Similar to High School Musical, its soundtrack was also a commercial hit, having achieved gold status from the RIAA three months after its release.

The following year, the actor played the lead role in yet another film called Free Style. Opened in theatres in October 2009, the coming of age movie revolved around Cale Bryant, an eighteen year old man who tries to find himself by winning the Amateur National Motocross Championships. Other members of the cast list include Sandra Echeverria, Matt Bellefleur, Jesse Moss, Ann Miller and Madison Pettis. Disappointingly however, Free Style did not perform ideally in the box office, having only grossed $720,000 from a $10 budget.

Over the next few years, Bleu continued to appear regularly on television, although he seemed to have taken a break from film. Some of his stand out roles during this period include the drama series The Beautiful Life: TBL (2009) and the ABC soap opera, One Life to Live (2011), both of which featured the actor in leading roles. 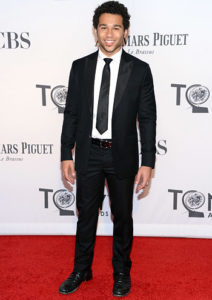 Although he hasn’t starred in any new major roles on television lately, Bleu did make a guest appearance in an episode of the family drama, The Fosters this year. A fan favourite series since its premiere in 2013, the show chronicles the lives and family of Lena and Stef Fosters, a same-sex couple who works as a school administrator and police officer respectively. Critically acclaimed mainly for its incorporation of LGBT themes, The Fosters has been highly praised by critics and have also won a Teen Choice Award and two GLAAD Media Awards. Bleu made his appearance in episode nineteen of the third season, playing the role of Mercutio, a character who appears in Brandon’s (the oldest child of the Fosters family) school musical production of Romeo and Juliet.

But it looks like television isn’t the only thing that Bleu has gotten himself involved with latelyーthe actor has also been working on an upcoming independent movie entitled, Ovid and the Art of Love. Filmed partially at the old St. Agnus Church in Michigan, the project also stars John Savage, Tamara Feldman, Tara Summers, Blanca Blanco and Amanda Lewan. According to online sources, filming for Ovid and the Art of Love has just recently endedーputting it in the post production stage. Although no official release date for the movie has been announced as of yet, it’s speculated that the movie will be making its way to the theatres sometime by the end of 2016.

If you’d like to stay up-to-date with the actor and dancer, you’ll be glad to know that you can follow the star on multiple social media platformsーyou can find Corbin Bleu on Twitter (@corbinbleu) as well as on Instagram (@corbinbleu). While you’re at it, you can also visit his official Facebook page and website for some of his latest news!