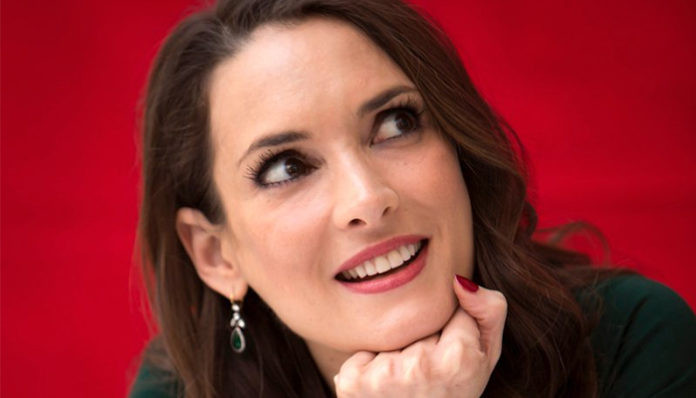 Winona Ryder is an American Actress who first rose to prominence during the late 80’s for her role in Beetlejuice. At a young age, Ryder developed an interest for acting after being shown multiple movies by her parents at the family barn. Eventually taking her fascination with acting more seriously, she enrolled at the American Conservatory Theater in California where she studied drama. Deciding that a career in show business was what she wanted to do, she later auditioned for the film Desert Bloom at the age of fourteen. Although she ultimately did not get the part (it went to actress Annabeth Gish), her performing talents were noticed by movie director David Seltzer, who eventually offered her a part in his 1986 tragicomedy film, Lucas; although it was no major role, it served as Ryder’s screen debut. The following year, she appeared in Square Dance (1987)ーa part which garnered her acclaim as a young actress.

However it wasn’t until Ryder was cast in Tim Burton’s comedy fantasy, Beetlejuice in 1988 that she first received much positive attention for her acting. Critically praised for her portrayal of a goth teenager in the film, she soon found herself landing more and more roles, some of which included Great Balls of Fire (1989), Welcome Home Roxy Carmichael (1990), Edward Scissorshands (1990) and Mermaids (1990). Since she first made a name for herself in the industry, Ryder has accumulated many accolades throughout her professional career including a Golden Globe Award, a Blockbuster Entertainment Award, a Boston Society of Film Critics Award, a Jupiter Award, and a Young Artist Award, amongst a number of other nominations. A two-time Screen Actors Guild Award nominee, Ryder was also presented with a star on the Hollywood Walk of Fame in 2000.

A well-respected actress in the show business, acting isn’t the only thing that gets Ryder in front of the camerasーshe has also been invited onto numerous talk shows. Since she made her initial appearance as a guest on Today back in 1989, she has appeared in The Oprah Winfrey Show (1990), Wogan (1991), The Tonight Show with Jay Leno (1999), The Rosie O’Donnell Show (2000), Charlie Rose (2000), Late Night with Jimmy Fallon (2011) and various others. Back in 2002, she even worked briefly as a host on the popular Saturday Night Live. On top of making guest appearances, Ryder has also starred in a number of television documentaries such as The Day My God Died (2003), Black Swan: Metamorphosis (2011) and The Future of Spaceship Earth: Glitches Found in Spaceship Earth’s Support System (2014).

So what has this multi-talented American actress been up to as of late? What has she been busy with recently? What happened to Winona Ryder? Where is she now in 2018?

Winona Ryder’s Childhood and Eventual Start in the Show Business 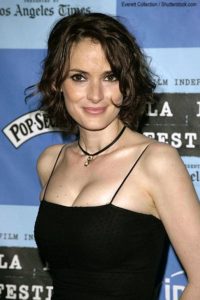 Born on October 29, 1971 in Winona, Minnesota, Winona Ryder (Birth Name: Winona Ryder Laura Horowitz) is the daughter of Michael Horowitz, and Cynthia Palmerーwho worked as a book author and video producer respectively. Of Jewish ancestry, many members of her family on her father’s side had tragically perished in the Holocaust; she has a younger brother named Uri and two half-siblings from her mother’s earlier marriage. At the age of seven, Ryder and her family moved from a small farmhouse in Winona to a commune near Mendocino County in California; there they lived with a handful of other families on a large, 300 acre plot of land. Due to the fact that the remote property was not powered by electricity, Ryder spent much of her early days reading novelsーone of her all-time favourites is The Catcher in the Rye by J.D. Salinger.

It wasn’t until her mother showed her a few movies on a screen at the family barn that Ryder first developed an interest in drama and acting. After a few years of calling the remote area home, the family relocated once again to the small California town of Petaluma. A student at Kenilworth Junior High, Ryder’s high school days weren’t the best; often bullied by a group of boys, she eventually left the school and opted for home-schooling instead. Wanting to explore her interest in acting further, she later went to the American Conservatory Theater in San Francisco to learn how to act. When she was fourteen years old, she participated in an audition for the 1985 film, Desert Bloom. While she didn’t land the part, the movie director took a liking to Ryder and later offered her a part in another film of his, Lucas. 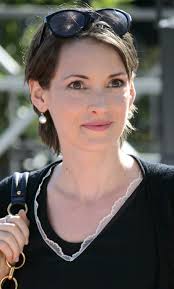 Following her screen debut that year, Ryder soon received her first starring role in the 1987 drama film, Square Dance. Adapted from a novel of the same name by Alan Hines (who also wrote the movie), it centred around a thirteen year old country girl named Gemma Dillard, who eventually forms a close friendship with a mentally disabled man named Rory Torrance after moving to live with her mother in the city. While Ryder portrayed the part of Gemma, actor Rob Lowe played the role of Rory. A bitter-sweet tale, the film was released in theatres in February 1987, albeit to mixed reviews. Despite the lack of success at the box office however, Ryder’s performance in Square Dance earned her much acclaim; The Los Angeles Times even went as far as calling her acting in the movie “a remarkable debut.”

A few years after she first broke out into the show business, Ryder received her long-awaited breakthrough when she was cast as a supporting character in Tim Burton’s Beetlejuice (1988). Produced by The Geffen Film Company, the feature film revolved around a recently deceased couple, who after finding out that their previous home has been inhabited by obnoxious new owners, recruit help from a “bio-exorcist” to permanently remove them from the house. In the comedic fantasy movie, Ryder played the part of a goth teen named Lydia Deetz, one of the house’s new inhabitants who eventually befriends the ghosts; other members of the cast include Alec Baldwin, Geena Davis, Jeffrey Jones, Catherine O’Hara and Michael Keaton. A commercial hit, Beetlejuice grossed well over $70 million at the box office and won multiple awards including an Academy Award and two Saturn Awards.

That same year, Ryder also gained much recognition for her portrayal of the lead part in the 1988 cult film, Heathers. Considered by many to be a cult classic, the movie took place at a fictional Ohio High School and revolved around four teen girls, three of whom share the same name of Heather. Although it was not a major hit at the box office, Heathers received nothing but positive reviews from critics; in 2006, it was also included on Entertainment Weekly’s list of “50 Best High School Movies.” Looking past the fact that it was a commercial failure at the theatres, the film performed well both in rentals and sales after its release. In the black comedy, Ryder played the role of Veronica Sawyer, a girl who joins the Heathers’ clique only to find herself preferring the company of her old and nerdy friends in the end. For her portrayal of the character, the actress won an award at the Torino International Festival of Young Cinema; she also received two nominations for the Chicago Film Critics Associations Award and another for an Independent Spirit Award.

In December of 1990, Ryder took part in the comedy film, Mermaids alongside Cher and Bob Hoskins. Based on a book of the same name, it followed the life of a single mother who after relocating to a small town in Massachusetts, finds herself faced with a number of challenges. Opened to largely positive reviews, the movie saw Cher as Rachael Flax, the mother in question, while Ryder played the role of Charlotte Flax, the oldest daughter and Christina Ricci played the part of younger sister, Kate Flax. Although Mermaids was only a moderate success at the box office, having grossed $35 million from a $31 million budget, it earned Ryder a Golden Globe Award nomination for the category of “Best Supporting Actress.”

Throughout the rest of the 90’s, Ryder continued to play a number of diverse roles on film including Edward Scissorhands (1990), Bram Stocker’s Dracula (1992), The Age of Innocence (1993) and Little Women (1994), winning a series of awards and nominations along the way.

After receiving a star on the Hollywood Walk of Fame in 2000, the actress appeared in the comedy movie, Mr. Deeds opposite of Adam Sandler. A remake of a film from the 1930’s, it told the story of Longfellow Deeds, a sweet-natured man from a small town who inherits a fortune after the death of a multibillionaire, who happens to be one of his extended relatives. In the movie, Ryder played the role of Babe Bennett, a reporter for the local tabloid, Inside Access who approaches Deeds in order to gain more information for her news report.

From there, Ryder seemed to have taken a back seat from the big screen, prior to returning in Star Trek in 2009. For her role as Amanda Grayson in the film, she received a shared Boston Society of Film Critics Award for “Best Cast.” 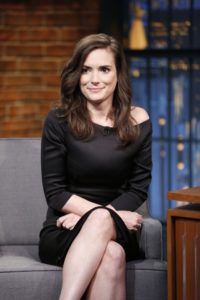 This summer, Ryder starred in the popular Netflix original series, Stranger Things playing the role of protagonist Joyce Myers. Released on the online video streaming platform in July 2016, the horror series takes place in the 1980’s in a fictional Indiana town called Hawkins; it revolves around the disappearance of a young boy (Joyce’s son) and the eventual investigations that pursue. Hailed for its atmosphere, characterization and acting, Stranger Things was a critical success, currently holding a 95% approval rating on Rotten Tomatoes. Besides Ryder, other cast members include David Harbour, Finn Wolfhard, Millie Boby Brown, Gaten Matarazzo, Caleb McLaughlin and Natalia Dyer. Stranger Things has since been renewed for a second season, set to be released on Netflix sometime in 2017.

In other headlines, it was recently stated that a Beetlejuice sequel is currently in the worksーthe now 44 year old star first starred in the 1988 original film alongside actor Michael Keaton. When creator Tim Burton was previously prodded about the possibilities of a sequel, he had admitted that “he would love to work on a follow up” given that the original cast members are keen on the project. Although it probably won’t happen anytime soon, it’s definitely a step in the right direction. We’ll just have to keep our eyes peeled!

Wanting to stay up-to-date with the award-winning celebrity? Although Winona Ryder doesn’t seem to have either Twitter or Instagram, you can still connect with the star by following her on her official Facebook page (@WinonaRyder)! You definitely wouldn’t want to miss reading the latest posts from the actress herself!