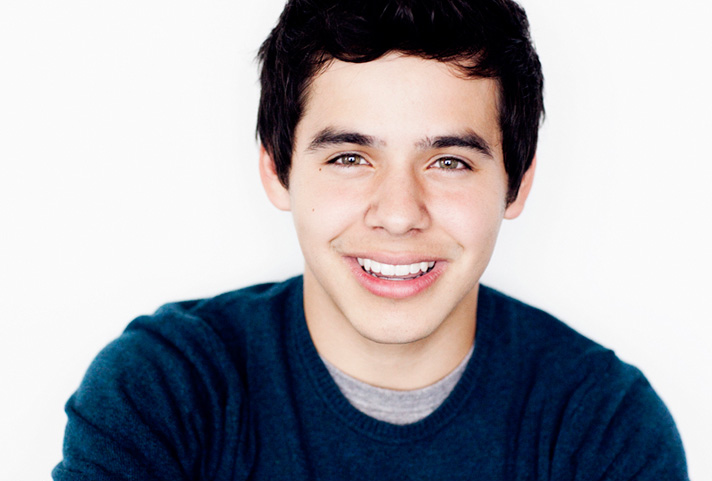 David Archuleta is a singer famous for being the runner-up of the seventh season of American Idol and for his successful career in music that followed afterwards. He has released six albums and has made millions of fans throughout the world with his boyish charm and soothingly powerful voice.

You might be wondering what happened to David Archuleta after his life on Idol and what is he up to now this year. Before we check out the latest regarding the American Idol favorite, let’s take a trip down memory lane and witness Archuleta’s journey to fame.

David James Archuleta was born in Miami, Florida, on December 28, 1990. Six years later the entire family relocated to Salt Lake City, Utah. At this early age Archuleta developed a liking to music and started training his vocal cords while learning how to play the piano. Archuleta sang in family gatherings and church events, but he was bogged down by his own lack of self-confidence. In 2000 he joined the Utah Talent Competition held in Salt Palace Convention Center. Archuleta braved through his anxiety as it was his first time in performing in front of a large audience. His perseverance paid off as Archuleta bagged first prize.

In 2002 the first season of American Idol captivated Archuleta. He mastered the songs performed by the contestants. Archuleta even had the chance to sing “And I Am Telling You I’m Not Going” in front of Kelly Clarkson and some of the Idol contestants in the lobby of Renaissance Hotel. You can watch this touching moment on YouTube.

A year later Archuleta joined the reality show Star Search and was crowned as Junior Vocal Champion, earning Archuleta $100,000. This victory led to his exposure in television shows like The Jenny Jones Show and The Early Show. However it also came with a cost as Archuleta developed partial paralysis in a vocal cord, forcing him to take a break from regular singing and to only perform in select occasions.

Archuleta spent the next few years in the neighborhood. He raked leaves, sang if asked to, and studied at Murray High School. People around the place described Archuleta as a good and helpful kid who doesn’t ask for anything in return after doing a favor.

In 2007 Archuleta travelled to San Diego to audition for the seventh season of American Idol. He breezed week after week with impressive performances and his fanbase steadily grew in number. His father Jeff was ever the supportive figure and was always with Archuleta in the backstage. However Jeff was banned from accompanying his son after his request of adding certain lyrics that cost the show licensing fees.

In the show’s finale Archuleta faced David Cook in a showdown some called “David versus David”. Archuleta emerged as the runner-up after gathering 44% out of the 97 million votes, his performance lauded by his rival and even by Simon Cowell himself. Many of the songs he sang during the season were included in Billboard charts.

After the competition Archuleta released his eponymous debut album in 2008 under the record label Jive Records. One of the singles in the album titled “Crush” entered the Hot 100 charts of Billboard at number two and received two awards. The album received lukewarm critical reviews.

Throughout 2009 Archuleta performed on the tours of Demi Lovato and McFly, appeared on the UK television show The Paul O’Grady Show, and raked in multiple awards. He teamed up with David Cook for their concert in the Philippines on May 2009 and in appearances on TV shows in the country. Archuleta also guest starred in Hannah Montana during that year and performed a duet with Miley Cyrus on the song “I Wanna Know You”.

Archuleta visited the stage of American Idol during its ninth season in 2010 and performed “Imagine” by John Lennon. He also performed at the Tejano Music Awards, at the July 4th concert “A Capital Fourth”, and at the Mormon Tabernacle Choir’s annual Christmas concert. His performance on the latter was included in the live album Glad Christmas Tidings. His third album The Other Side of Down hit the shelves before the year ended, and critics lauded it not only for being a good album but also for Archuleta’s evident maturity in voice and emotion.

In 2012 Archuleta released two albums. The first one was titled Forevermore where he covered Filipino songs. His cover of the song “Nandito Ako” is notable for his excellent command of the Filipino language with his relaxing voice. The song was used as the opening theme of the mini-series of the same name in the Philippines with Archuleta as the lead actor. The second album was titled Begin with nine covers of popular songs plus the original single “Broken”.

David Archuleta Goes on a Mission

During his “My Kind of Christmas” tour in 2011 Archuleta announced that he will be dedicating two years in the field as a missionary of The Church of Jesus Christ of Latter-day Saints.  Archuleta’s tearful announcement was met with applause from fans.

Archuleta began his training on March 2012 in Provo, Utah, and afterwards flew to Chile where he was assigned. He made use of his talents by performing with the choir and during two Christmas celebration concerts of the Santiago Chile Temple.

Before he embarked for the mission Archuleta coordinated with his management team regarding the activity of his social media accounts and for the release of his pending material. His sixth and latest album No Matter How Far was released in 2013 during the height of his mission.

Archuleta returned home to Utah in 2014 with a ten-second video on YouTube where he announced his homecoming. Shortly after his return Archuleta accompanied entertainer Jason Hewlett and motivational speaker Dan Clark on a tour where they performed for US troops stationed in military bases throughout the Middle East. In November of that year Archuleta appeared at the concert Celebration of Christ which was held in Salt Lake City. He also spent most of 2015 in concert tours, and in December he teamed up with singer Nathan Pacheco for the single “The Prayer” for the “A Savior is Born” campaign of the LDS Church.

Let’s see what David Archuleta is doing now this year. 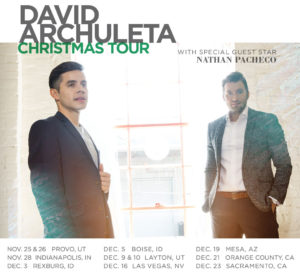 Archuleta started the year with two concerts in March which was held at Denver, Colorado, and Boise, Idaho. He was also part of the “Time Out for Women” series of events from April to May, then in September and finally on October 14 to 15 in Birmingham, Alabama. Archuleta also visited Taiwan from August 10 to 17 with performances and visits on LDS Temples on different cities.

He has a long list of concerts for this coming Christmas season tour starting in November 03 in Ivins, Utah. He will also be pairing with Nathan Pacheco in some of the dates in this tour.

Last August he collaborated with rapper James the Mormon for the single “Workin”. So far there is still no news regarding a new album from Archuleta, but he did post a picture in his Instagram last June which strongly suggests a new song is currently in the works. It is also littered with hashtags like #worththewait, #slowandsteadywinstherace, and #newmusic. Looks like Archuleta is cooking up a treat for fans before this year ends.