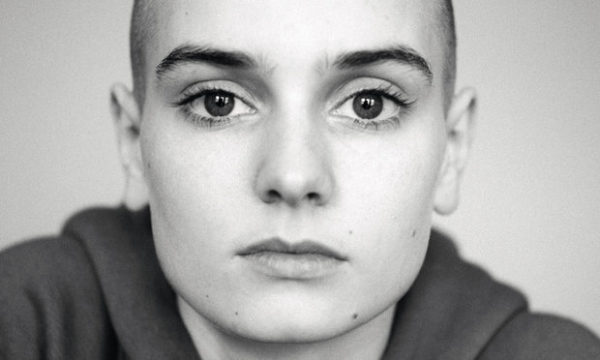 A singer from the golden age of Irish pop, Sinead O’Connor was an international superstar with the release of the smash hit Nothing Compares 2 U in 1990. With her signature shaved hairstyle and voice that gained her the Artist of the Year award in 1991, She quickly became an icon of her time. However, this was quickly contrasted with remarkable controversy, which has kept her in headlines throughout the decades. Here, we take a look at what Sinead O’Connor has been up to since her rise to fame some three decades ago.

Sinead Marie Bernadette O’Connor was born on December 8, 1966 in Glenageary, County Dublin to Sean and Marie O’Connor. The third of five children, Sinead witnessed the divorce of her parents at age eight, and according to her and her siblings alike, subsequently suffered years of abuse before moving in with her father and stepmother.
At the age of 15, troubles continued as she was destined to spend a year and a half in Magdalene Asylum, as a result of multiple shoplifting charges. A pivotal moment occurred within the walls of the asylum however, when a volunteer at the asylum noticed her singing, and informed her brother Paul Byrne (the drummer for Tua Nua) of O’Connor’s talent. She went on to record a single, “Take My Hand” before being transferred to a Quaker school where she further revised and improved her talents.

At the Quaker institution, she was given significantly more freedoms and ability to express herself. During this time, she recorded four songs which would eventually find their way into her debut album, and she soon found herself in her first band, Ton Ton Macoute. This band would carry her to Dublin, and she would occasionally make extra funds working for a singing telegram service.

Over the 18 months following her joining Ton Ton Macoute, O’Connor began to get significant attention from the international music community. One of the most interested parties was the former U2 manager, Fachtna O’Ceallaigh whom she took on as a manager after signing to Ensign Records. Unfortunately, this manager did not only pass on plenty of good publicity to Sinead, but also managed to pass down controversial opinions and a propensity to publicize them, much to the detriment of O’Connor. Among such opinions was support for the Provisional IRA during the Troubles of the late eighties, which she later recanted claiming she had insufficient knowledge of Northern Ireland to have a proper opinion. Luckily, such comments did not adversely affect her debut album, The Lion and the Cobra (debuting in 1987) which gained the artist massive respect from critics and a new fan base. This album ultimately gained platinum status, quite a feat considering the nature of her songs were often remarked to be outright against the commercial tides.

By 1990, Sinead again gained international praise for her second album, I Do Not Want What I Haven’t Got, as well as gaining her first true hit single, “Nothing Compares 2 U” which was written by none other than Prince. For the album, single, and subsequent music video, O’Connor was named Artist of the Year by Rolling Stone in 1991.

This fame would not shield her for long however, as controversy surrounded the singer for both tearing up a picture of Pope John Paul II as a protest against the Catholic Church during an appearance on the popular late night show Saturday Night Live, and reportedly refused an onstage appearance in New Jersey if “The Star-Spangled Banner” was to be played before her appearance. Perhaps as a result of these controversies, her following albums, both two years apart from the previous, Am I Not Your Girl? And Universal Mother received far less attention than her previous works.
The years following Universal Mother were met with far more hardships than songs. One year after the release of her 1994 album, O’Connor began a fight to regain custody of her daughter Roisin from John Waters, an Irish Journalist with whom she had been romantically engaged. This fight would end up taking the better part of five years, which ended in an attempted suicide by O’Connor, and after recovering, taking her child to live with her in London.
In a turn of events worthy of a Hollywood film, O’Connor then became ordained as the first priestess of the Latin Tridentine Church, who fashioned themselves as rebels to the standard Catholic Church. Within a year, she would be granted the title of Mother and Archdeacon for her dedication to working with the homeless within Ireland.

Perhaps through Providence, Sinead’s career again began to go on the upswing, with Atlantic signing her as an artist in 2000, with the release of Faith & Courage.

After her entrance into music in the new millennium, Sinead followed up with Sean-Nos Nua, a traditional Irish music album and She Who Dwells in the Secret Place of the Most High Shall Abide Under the Shadow of the Almighty the year thereafter, as well as announcing both her retirement from music and the birth of her third child, Shane.

Luckily for fans of O’Connor, this retirement was more an extended vacation, as by 2005 yet another album came out, Throw Down Your Arms with inspiration clearly coming from an extended trip in Jamaica. Another two years passed until she came out with yet another album, Theology (which again had significant Rastafarian influence) and announced she had yet again become a mother, naming the child Yeshua.

Another 5 years would come to pass before another album would arrive. During this time, O’Connor revealed to her fans that bouts of Fibromyalgia had been the cause of her numerous absences from the spotlight, but this time had also proven to be an opportunity to branch out and work with other artists. Among the most prominent of these team ups was with Mary J. Blige and Ali Shaheed Muhammad to perform “This Is To Mother You”, a song from her earlier album Gospel Oak (circa 1997), whose new rendition generated funds to donate to the Girl’s Educational and Mentoring Services. Sadly, all was not golden for O’Connor. During this same period, while working on the album How About I Be Me (and You Be You)? Sinead suffered from multiple mental breakdowns, resulting in slowed production and cancelled tour dates.

Such events did not bring a full stop to her recording career, however. The 2014 release of I’m Not Bossy, I’m the Boss was reviewed to be a welcome addition to the growing discography. Also in the works and previously slated for release in March of 2016 was an autobiography, though the release of this has been put on the backburner indefinitely.

Certainly a contributing factor to the delay of this project has been the long term mental health and family crisis O’Connor has been experiencing as of 2015 and 2016. These included revelations via Facebook of suicidal ideation, the taking of custody of her younger children into the Irish children’s welfare agency, TULSA, and the fragmentation of relations with her elder son, Jake. Most recently in May 2016, Sinead O’Connor was reported as a missing person after an emotional set of messages aimed at both her son Shane and TULSA, and disappearing to a Best Western Hotel. This was on the heels of what could only be described as a heartbreaking set of status updates and open letters the previous November, ending in what many considered a suicide note.

To compound matters, former Late Night Host Arsenio Hall is also suing Sinead O’Connor as a result of comments she made in regards to his relations to the recently deceased mutual acquaintance, Prince. These claims included distributing drugs to Prince, as well as spiking her drink some years ago when they met at Eddie Murphy’s residence.

As a result of recent events, it is hard to say if this is merely yet another hard chapter in Sinead O’Connor’s life, which she has previously triumphed over in previous decades, or this is the end of the road for the artist. For someone with such a unique story, we can only hope it will end on a much happier note than how it all began.