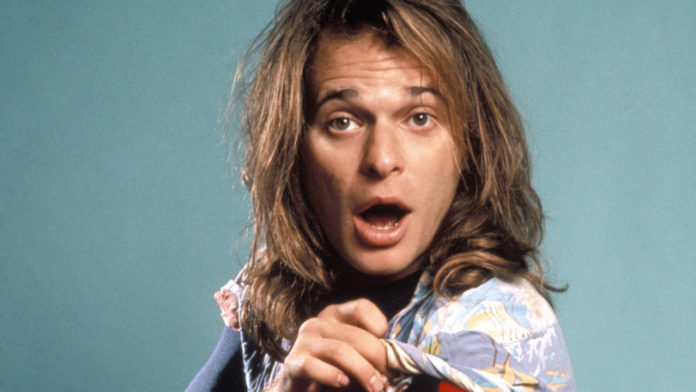 David Lee Roth is an American singer who is best known as the lead vocalist of the rock n’ roll band, Van Halen. Fond of music growing upーespecially the hits of Ray Charles and Al Jolson, he joined his first band  when he was in his early teens. After studying music theory at college, Roth performed with multiple other groups including that of Red Ball Jets and Mammoth. A regular singer at the local clubs, it didn’t take long for his popularity to spike; soon, he had won over dozens of fans with his rowdy, yet distinctive vocals. Carrying on with his performances with Mammoth, who later changed their name to Van Halen, Roth and his bandmates were eventually approached by record producer Gene Simmons, who invited and paid for the band to record a demo tape. From there, the group went on to secure a recording contract with Warner Bros. Records in 1977.

Since the release of their debut album in 1978, Roth and his band have released twelve full-length albums and over fifty singlesーmany of which have been RIAA certified. To date, Van Halen’s biggest and best-performing album is that of 1984; it has shipped over twenty million copies in the United States alone since it was first released in January 1984. One of the most popular and successful rock bands of the 80’s, the group has won numerous accolades for their music since they were first established in the 1970’s. From their twenty five award nominations, they have won four MTV Video Music Awards (e.g. Best Stage Performance, Video of the Year, Best Editing, Best Direction), an American Music Award (e.g. Favourite Heavy Metal/Hard Rock Album) as well as a prestigious Grammy Award (e.g. Best Hard Rock Performance). As of 2010, the band has sold more than 56 million records in the US.

On top of his endeavours with Van Halen, Roth has also released a number of studio albums as a solo artist. Under Warner Bros. Records, the same label as that of his band, he released his debut album entitled Eat ‘Em and Smile in 1986. Well received, it was later followed by Skyscraper in January 1988. Throughout his solo music career, the vocalist has recorded and released a total of six full-length albums. A highly respected performer, Roth has also been invited as a musical guest on to several TV shows including The Tonight Show with Jay Leno (1995), Late Night with Conan O’Brien (2006), Fashion News Live (2007) and The Best Hit USA (2013).

So what has the singer of Van Halen fame been up to recently? Has he recorded any new music as of late? What happened to David Lee Roth? Where is he now in 2018? 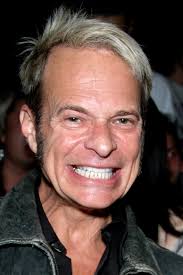 Born on October 10, 1954, in the city of Bloomington, Indiana, David Lee Roth is the child of Nathan and Sibyl Roth, the former of whom was a famed ophthalmologist. Introduced to music early on in his childhood, Roth was especially fond of jazz singer Al Johnson and Ray Charles growing up; it wasn’t uncommon for him to listen and sing along with their songs on the radio as a young boy. Although he was raised majorly in his hometown of Bloomington, Roth often spent his summers in New York City with his Uncle Manny, who owned a local cafe called the Greenwich Village Cafe Whaーa popular spot at the time for many talents such as Bob Dylan.

After relocating to California with his parents in his teen years, he eventually began singing solo for a local band called the Red Ball Jets. Following high school, Roth went to Pasadena College where he studied music theory brieflyーit was there that he met and befriended two brothers named Alex and Eddie Van Halen, who performed together in a band known as Mammoth. Impressed with his ability to sing, the pair later invited Roth to be their lead vocalist, although they often joked around about only wanting to use his fancy sound amplification equipment.

Completing the group with the addition of bass player, Mike Anthony, the band soon changed their name to Van Halen, after realizing that Mammoth was actually copyrighted by other individuals. Seizing opportunities whenever and wherever they could, the members began performing at various clubs and barsーbefore long, they had made a name for themselves in the local community. Following one fateful performance, the rock band was approached by music producer Gene Simmons; impressed by their stint, Simmons helped the team develop and produce their first demo recording. Eventually reaching the ears of a Warner Brothers’ executive, Van Halen landed a recording deal with the company in 1977.

Roth and his group released their debut album, the self-titled Valen Halen in February 1978. A commercial success, it entered the Billboard 200 at number nineteen and also later reached number 117 on the Billboard 200. Although it was initially met with generally negative reception upon its release, it has since been regarded by both critics and fans as being one of the best rock and albums of its time. Featuring eleven different heavy metal tracks, all of which were co-written by Roth and his bandmates, Van Halen was eventually listed on Popular Music’s list of “Top 50 Heavy Metal Albums” in 1994. Quickly becoming a best-seller, it went on to spawn five singles including You Really Got Me/Atomic Punk, Runnin’ with the Devil/Eruption, Jamie’s Cryin’/I’m the One, On Fire/Jamie’s Cryin and Ain’t Talkin’ Bout Love/Feel Your Love Tonight. Van Halen’s first Diamond certified album, it has since reached over ten million copies in sales in the United States.

The following year, the rock band released this second full-length album entitled Van Halen II in March 1979. Praised for its “party atmosphere”, it featured many tracks from their demo-tape which were recorded prior to the release of their debut effort including Somebody Get Me a Doctor and Beautiful Girls. Positively acclaimed, Van Halen II received a four star rating from critics at Allmusic and a close to perfect score of four and a half stars from The Rolling Stone. Boasting a ten-song track list, some of its stand out titles include Dance the Night Away/Outta Love Again, Beautiful Girls/D.O.A., both of which were eventually released as singles. A hit amongst fans, it peaked at number six on the US Billboard 200ーa significant improvement in rank compared to that of their 1978 release. Well received overseas, it also charted in many other countries such as Canada, Australia, Netherlands, Sweden and the UK. Having sold over five million copies in the US, the album soon became Van Halen’s second multi-platinum album in the US.

Climbing in popularity, the group released their third album, Women and Children First in March 1980. Created in collaboration with music producer Ted Templeman, it was Van Halen’s first album to be wholly written and composed by its band members. In contrast to their first couple of albums, Women and Children First was also unique in that it put more emphasis on studio overdubs and less on backup vocals. Dubbed one of the “100 Greatest Heavy Metal Albums of All Time” by the UK Kerrang! Magazine, its disc included ten tracks; one of its songs, Everybody Wants Some!! was later used in the 1985 comedy film, Better Off Dead. On the end of favourable reviews, the album peaked at number six on the Billboard 200ーcomparable in performance to that of their second studio album. In June of that year, it spawned the single And the Cradle Will Rock…/Everybody Wants Some!!!, which went on to settle at number fifty-five on the Billboard Hot 100 Chart. Since then, Women and Children First has sold more than 3,000,000 units across the country, earning it 3x Platinum accreditation from the RIAA.

Rising in fame throughout the 80’s, Van Halen released their next big hit, 1984 in January 1984. The band’s best commercially performing album to date, it climbed up to the second position on the US Billboard 200, where it stayed for five consecutive weeks. The last album to feature Roth as its lead singer, its two-sided disc contained nine tracks including I’ll Wait, which was written collaboratively by all the members of the band together. Overwhelmed with nothing but positive reviews, 1984 has been regarded by some contemporary music critics to be the pinnacle of critical success. Noted for its prominent use of keyboards, the album was a sell out; not only did it garner universal attention in the US, but it was also hugely successful in other countries such as Canada, Australia, Switzerland, Austria, Netherlands and Sweden, amongst others. In support of the album, Roth and the rest of his bandmates also embarked on a North American concert tour, which had them performing in front of over a hundred different crowds across the continent. After the tour, Roth officially part ways from the rock band.

Following his departure from Van Halen, Roth embarked on a solo music career and released his debut album entitled, Eat ‘Em and Smile in 1986. Active throughout the rest of the 80’s and 90’s, he went on to release half a dozen full-length albums over the next decade. His most recent work is that of his sixth studio album, which was released in July 2003. 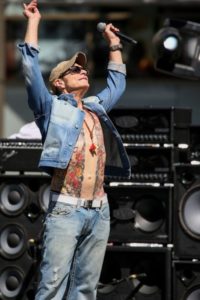 This September, Roth reached out to his fans via his official website with a rather peculiar requestーhe needed help with identifying “a very real” stalker. According to his blog post, the star revealed that the individual, who has called his phone seventy-five times within the past four months, seems fairly tech savvy as he or she has been able to keep their number off of his personal phone bill records. Roth later admitted that it’s not his first run-in with a stalker, in fact one biker group had followed him around and called his number up to forty times a day, back in the late 70’s. In his post, the singer urged anyone who is able to help, or has any information regarding the matter to get in touch with him.

This summer, the former Val Halen vocalist surprised many individuals when he uploaded the entire version of his 2002 project, No Holds Bar-B-Que onto his Youtube Channel. Described as “peculiar”, the hour-long film opens with the artist flailing about in a large city complete with poles and swordsーhowever, it only gets stranger from there. In the rest of video, Roth is also spotted wearing a sailor outfit, hunting gorillas and later on, putting on a ninja costume. Despite its strange nature however, the original upload has since been viewed over 31,000 times on the video platform!

If you’d like to stay connected with the rock singer, who has since been inducted into the Rock and Roll Hall of Fame, you can follow him on Twitter (@davidleeroth) or on his official Facebook page (@DavidLeeRoth)!