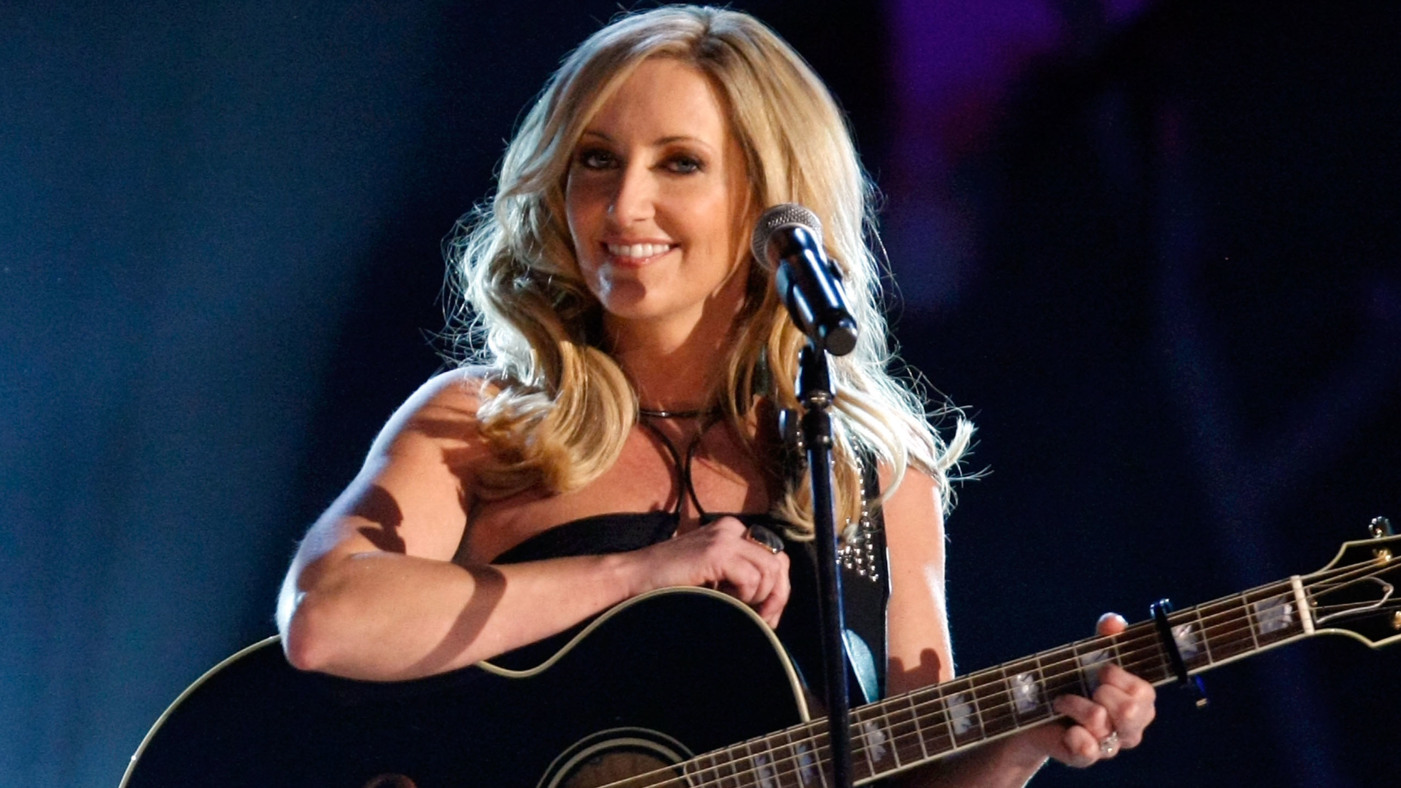 Lee Ann Womack is an American country singer who is best known for her signature song, I Hope You Dance. Captivated by country tunes at a young age, Womack eventually began to pursue a career in music during her college years, during which she joined a band. After singing and performing at a handful of local clubs, she soon secured a recording deal with Decca Records in 1996. The next year, she released her eponymous debut album, Lee Ann Womack in May 1996, which saw commercial success in the US. Since then, Womack has recorded close to a dozen full-length albums and over two dozen singles. To date, she has sold over 6,000,000 records across the globe.

On top of being a well known country artist, Womack has also dipped briefly into acting during the 2000’s; some of her roles as an actress behind the camera include Tom Sawyer (2000), The District (2003), Noble Things (2008). A regular performer, the singer has also been featured in a series of talk shows and documentaries throughout the past couple of decades including Good Morning America (2998), Late Night with Conan O’Brien (2005), Ellen: The Ellen Degeneres Show (2005), Biography (2006), The Tonight Show with Jay Leno as well as various others. Back in 2001, she also stared in the popular game show, Who Wants To Be a Millionaire. More recently, she also took part in the documentary, Country: Portraits of an American Sound which aired in April 2015.

So what has the Grammy Award-winning music artist been up to since then? What has she been doing these past few years? Where is she now in 2018? What happened to Lee Ann Womack? 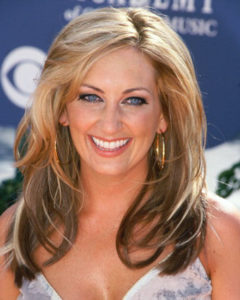 Born on August 19, 1966, in Jacksonville, Texas, Lee Ann Womack is the child of Aubrey Lee and Ann Womack; she is the younger out of two daughters. Her mother was a school teacher while her father worked as a disc jockey, which played a role in Womack’s early exposure to music as a young girl. Growing up, she often accompanied him to work and helped him to choose which music records to play on air. Even during her early years, her love and passion for music was apparent to those around her; she was a talented pianist and enjoyed listening to country tunes in her spare time. It wasn’t long until she dreamt of becoming a recording artist.

After graduating from Jacksonville High School at the age of eighteen, Womack moved to Texas in order to enrol at South Plains Junior Collegeーone of the only institutions at the time which offered a course in country music. As a student, Womack still gripped tightly to music and later joined the school band, County Caravan. However eager to chase her dreams of becoming a musician, Womack soon dropped out of the community college after a year to head for Nashville, Tennessee. Keeping a compromise which she had made with her parents at the time, she enrolled herself at the Tennessee Belmont University where she studied the commercial aspects of music for the next year. Excited with the opportunities available in Nashville, Womack wasted no time in landing an internship in the A&R department of the recording lane, MCA Records.

Following a short break in the mid 90’s to take care of her family, Womack began writing songs and recording demo tapes in 1995 in hopes of landing a recording contract. Persevering, she eventually secured one with MCA’s sister company, Decca Nashville in 1996 at the age of thirty. 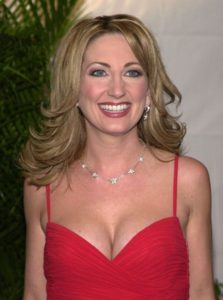 In May 1997, the singer released her first professional album entitled, Lee Ann Womack. Produced by Mark Wright, the album consisted of eleven tunes, one of which was a duet with Mark Chesnutt. Praised for its ballads and uptempo pieces, the album peaked at number one on the Top Heatseekers Chart and at number nine on the Top Country Albums Chart in the United States; on the Billboard 200, it settled in at number 106. Lee Ann Womack later spawned several singles including The Fool, Never Again, Again, Buckaroo and You’ve Got to Talk to Me, all of which would go on to rank on the singles chart.

After winning a variety of awards from the country music world, Womack released her second full-length album, Some Things I Know in September 1998. Positively received by critics upon its release, many had taken note of Womack’s “vulnerable and delicate soprano”; The Dallas Morning News had even named it to be the “second best country album of 1998.” Given an A rating by Entertainment Weekly, Some Things I Know featured eleven songs, three of which were duets with fellow musicians Vince Gill and Joe Diffie; other noteworthy songs included I’ll Think of a Reason Later and A Little Past Little Rockーthe latter of which featured backup vocals from Womack’s ex-husband, Jason Sellers. On the charts, the album ranked at number five on the Top Heatseekers and at number twenty on the Top Country Albums; it would go on to produce four singles, two of which would peak at number two on the Hot Singles Chart. 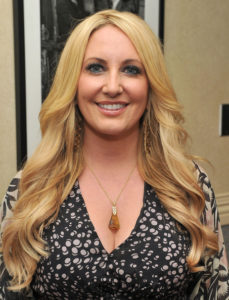 A few months after the new millennium, the singer released her third studio album, I Hope You Dance in May 2000. A critical hit, it climbed up to number one on the Billboard Country Albums Chart and quickly crossed over to the Hot 100 Chartーmaking it Womack’s first major crossover pop hit. A recipient of glowing reviews, I Hope You Dance sold over 76,000 units in the initial week, with its lead single soon becoming a number one charting single. Drawing much attention with its title track I Hope You Dance, the song later won an Academy of Country Music Award and a Grammy Award in 2001. To date, the album has achieved over 3 million sales, and has received 3x Platinum certification from the RIAA.

Following the success of her earlier album, Womack’s next release was that of Something Worth Leaving Behind in August 2002. Shortly after hitting stores, the album peaked at number two on the Billboard Top Country Chart and at number sixteen on the Billboard 200. However despite the praises which it received from critics, Something Worth Leaving Behind ultimately did not react as well on a commercial level; it would be her first album not to spawn a top ten single.

Her sixth studio album, There’s More Where That Came From was released in February 2005. Unlike her previous effort back in 2002, this album garnered much widespread attention; it would eventually outrank I Hope You Dance as her best-selling album to date. Notable for its traditional country sounds, the album featured thirteen songs and peaked at number three on the Top Country Albums Chart and at number twelve on the Billboard 200. Listed as the “tenth best album of 2005” by New York Times, There’s More Where That Came From was considered by many to be the best country-album of the year. It has since been certified Gold by the RIAA, having sold over 500,000 copies in the US.

It wouldn’t be until 2008 that Womack would release her next album, after a three year hiatus. Entitled, Call Me Crazy, her seventh studio album was produced by Tony Brown and consisted of twelve songs including the title track, Last Call. Entering the Billboard Country Chart at number four and the Billboard 200 at number twenty-three, Call Me Crazy produced two singles, Solitary Thinkin’ and Last Call, the latter which would ultimately be the artist’s first top twenty hit in three years. Warmly received, the album was later nominated for a Grammy Award for the category of “Best Country Album” in December 2009.

In September 2014, Womack released her most recent studio-album, The Way I’m Livin’. Her first record under the Sugar Hill Label, the album was recorded in Nashville, Tennessee and mixed by record producer, Chuck Ainlay. A major sellout, The Way I’m Livin’ debuted at number 99 on the Billboard 200 and secured the eighteenth position on the Top Country Albums Chart; it soon sold over 4,300 units within the first week of release. Applauded by critics everywhere, it received an almost perfect four and a half star rating form AllMusic and a 89/100 score from Metacritic. As of 2015, The Way I’m Livin’ has sold over 14,600 units across the country. 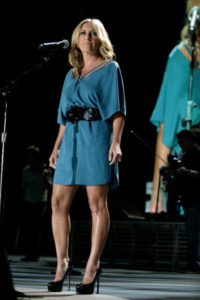 Although she hasn’t released any new works in a couple of years don’t count her out of the show biz just yet! This September, the country star participated in the AmericanaFest Eastside Kickoff Party as a performer, which took place at The Basement East, a local pub located in Nashville. Other guests present at the event include Patty Griffin, Buddy Millers, and multiple others. But there’s moreーfollowing the Americana Fest, she also took part in the Official Americana Showcase in the Cannery Ballroom on September 23, 2016.

Keeping busy, Womack will also be hitting the roads to go on tour starting this October. First announced this February, the performances will begin at the Zoo Amphitheatre in Oklahoma City and will continue until January 19, 2017 at the River Run Centre in Guelph, Canada; it will also be the star’s first tour this year. As a special treat, the first and third shows in Oklahoma and Nashville respectively, will also feature fellow country singer, Chris Stapleton on the stage beside Womack herself. If you have an itch to see the singer up on the stage, here’s your chanceーtickets for most of the events are still available for purchase!

Wanting to stay updated with with the country music celebrity? You can do so easily by following Lee Ann Womack on social mediaーyou can find her on Instagram and Twitter under the same handle of @leeannwomack. As another option, you can also follow her on her official Facebook page or website!