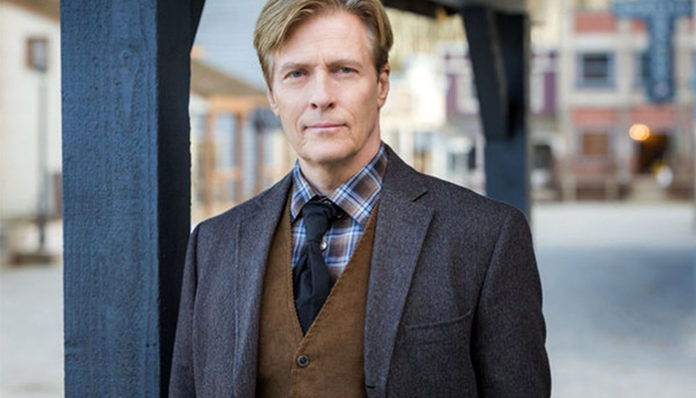 Peter Wagner is an American actor who is best known for his portrayal of Peter Burns in the soap opera, Melrose Place. Nothing short of a star athlete in his early years, his early dreams was to become a professional golf player. On top of his talents at the golf course however, Wagner was also a natural performerーhe appeared in several school productions as a student. With his love for acting eventually winning over his love for golf, he later jumped at the opportunity to enrol at the University of Arizona for drama, after being offered $3000 by the college’s theatre department. Set on making a name for himself as an actor, he relocated to Los Angeles shortly after his graduation for further opportunities in the show business. From there, it wasn’t long until he nailed his first audition and landed a role in the drama series, A New Day in Edenーat the age of twenty three. Unfortunately for the new actor however, the soap ended up being canceled by its network after a short run.

Following a series of small roles, Wagner received a breakthrough when he was cast as a character in the popular soap opera, General Hospital in 1983. Playing the part of a rock musician, he dazzled audience members with his ability to sing, something which further augmented his fame at the timeーthe song which he performed on the series, All I Need was later released as a hit single in 1984. Since then, the actor has gone on to appear in a number of shows including Santa Barbara (1992), Sunset Beach (1997), Melrose Place (1994), Titans (2000) and The Bold and the Beautiful (2003), to name a few highlights. A three-time Emmy Award nominee, Wagner has also received five Soap Opera Digest Award nominations throughout his multi-decade long career.

Fuelled by the success of his 1984 hit All I Need, Wagner went on to pursue a career as a music artist and released a handful of studio albums in the past years including Lighting Up the Night (1985), Don’t Give Up Your Day Job (1987), Alone in the Crowd (1993), Dancing in the Moonlight (2005), and On The Porch (2014). At one point, his musical talents even brought him a lead role in a Broadway production of Jekyll & Hyde, something which he has described as being “the role of a lifetime”. In the mid to late 80’s, Wagner embarked on multiple tours around the country as a pop rock singerーafter taking a break in the 90’s, he later resumed performing in concerts in the 2000’s.

So what has the actor of General Hospital and The Bold and the Beautiful fame been up to these days? What recent projects have he taken on? What happened to Jack Wagner? Where is she now in 2018? 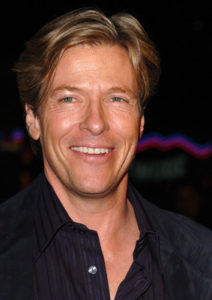 Born on October 3, 1959, in Washington, Missouri, John Wagner (Birth Name: Peter John Wagner II) is the son of Scotty and Peter Wagner, a homemaker and a salesman for a car company respectively. Growing up in a middle-class home, he was an avid athlete and participated in a number of sports, although he seemed to show particular talent in golf. Later going on to win the Missouri Junior Golf Championships during his teens, Wagner had dreams of becoming a professional golf player. Aside from the promise that he showed for the sport however, he was also naturally gifted in acting; he starred in many school plays during his time as a student at St. Gertrude School.

Following his high school graduation, Wagner went to the University of Missouri, where he continued to take part in the drama club and various productions. After a year in his native Missouri however, he left to pursue a sports scholarship at the University of Arizona. While there was no doubt that Wagner was a talented golfer, he ended up not making the cut due to the fact that there had been too many applicants. Instead of being awarded the scholarship, he was ultimately given a $3000 award from the college’s theatre drama department. Jumping at the opportunity that presented itself, he quickly enrolled himself in the university and began taking drama courses; he later graduated with a Bachelor’s of Fine Arts in Drama in 1982 at the age of twenty-three.

With his eyes set on becoming an actor, he soon relocated to the bustling city of Los Angeles for further acting opportunities. Not long after settling in, he went for an audition and after nailing it, eventually landed his first professional television role in the cable soap opera, A New Day in Eden in 1982. 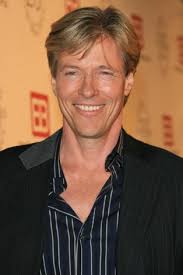 Despite having received a part in the series however, it unfortunately turned out to be a flop and was cancelled by its network soon afterwards. Waiting for his next big break to come, he spent the next few months working as a waiter to make ends meet. After a year, he was cast in two small, minor parts in the television series Knots Landing (1983) and Loving Friends and Perfect Couples (1983). Working his way up to bigger roles, Wagner eventually received a breakthrough when he landed a recurring role in the popular daytime medical drama, General Hospital later that same year.

First premiered on the ABC Network in April 1986, the long-running series had seen an enormous array of cast members throughout the years. The third longest running drama in American history, General Hospital revolves around the lives of those who live in the upstate area of Port Charles, a fictional city that is equipped with one of the most frequently visited and busiest hospitals in the country. In the show, Wagner plays the role of Agent Andrew Jones, the new head of the World Security Bureau (WSB)ーa fictional intelligence agency in the series. His on-screen relationship with Felicia Cummings (portrayed by actress Kristina Wagner) received much acclaim during its run; the two actors eventually tied the knot in real life in 1993 after working together for several years although they have since divorced. Critically acclaimed, General Hospital has won countless awards including a record-breaking thirteen Daytime Emmy Awards for the category of “Outstanding Drama Series.”

Wagner continued his role as Andrew Jones from 1984 until 1988; after taking a year-long break from the series, he later returned to the set in 1989 and stayed until 1991. Following another short return from 1994 until 1995, he most recently reprised his role as the WSB head in 2013. For his portrayal of the character, Wagner received a Daytime Emmy Award nomination for “Outstanding Juvenile/Young Man in a Drama Series” in 1985 as well as three Soap Opera Digest Awards for the categories of “Outstanding Hero, Favourite Super Couple (shared with Kristina Wagner) and Favourite Daytime Super Couple on a Daytime Serial (shared with Kristina Wagner).” 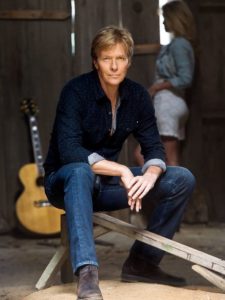 In 1994, Wagner received another break when he was cast as one of the lead roles in the Fox soap opera, Melrose Place. Although his character, Peter Burns was originally a recurring character in the third season, he was later promoted to being a regular starting from the series’ fourth season. Initially premiered in July 1992, the soap revolved around a group of individuals who live in a Los Angeles apartment complex known as Melrose Place. The second instalment of the Beverly Hills, 902010 series, its star-studded cast list has featured a number of actors and actresses including Thomas Calabro, Grant Show, Amy Locane, Josie Bissett, Doug savant, Andrew Shue, Vanessa A. Williams, amongst many others. Upon hitting the screens, Melrose Place was an instant hit, garnering an average of over eleven million viewers during its first season. The winner of a People’s Choice Award for “Favourite New TV Dramatic Series” in 1993, it has been named as one of the “New TV Classics” by Entertainment Weekly.

Fast forward some years, Wagner played the part of Nick Marone in the CBS soap opera, The Bold and the Beautiful. Although the series premiered on CBS back in March 1987, the actor didn’t make his appearance in the show until 2003. The sister show of The Young and the Restless, the long-running series (over 7000 episodes as of 2015) features an ensemble cast with John McCook, Katherine Kelly Lang being the two longest-serving actors. The winner of thirty-one Daytime Emmy Awards, The Bold and the Beautiful revolves around the Forrester family and their business, Forrester Creationsー a fashion house. Created by William J. Bell and Lee Philip Bell, it was the second last American soap opera to make the switch over to high definition back in 2011. For his role as Marone, Wagner received two Daytime Emmy Award nominations, one Soap Opera Digest Award nomination and a Golden Rose Award for “Best Soap Actor” at the 2006 Rose d’Or Light Entertainment Festival.

In 2015, the actor also portrayed the role of a character named Sandy Patrick in the crime drama series, Ray Donovan. Created by Ann Biderman, the show premiered back in 2013 and stars Live Schreiber, Paula Malcomson, Eddie Marsan, Dash Mihok, Steven Bauer and many others. Wagner made his appearance in the fourth episode of the third season, which aired on television on August 2, 2015. 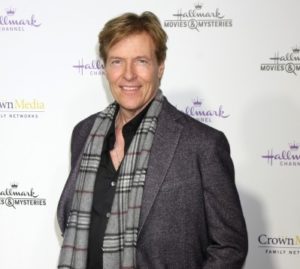 Carrying on with his acting career, Wagner has been busy this year reprising his role as Bill Avery in the drama, When Calls the Heart. Starring Erin Krakow, Lori Loughlin and Daniel Lissig, the series follows the life of protagonist Elizabeth Thatcher, a young school teacher who moves to teach in a small western coal-mining town. Positively reviewed, When Calls the Heart has won numerous awards including an ASCAP Film and Television Music Award for “Top Television Series” in 2015. In the show, Wagner plays the part of Avery, a mysterious man who falls for a widow named Abigail Stanton despite the fact that he has a family. A fourth season has been ordered by the network following the end of the third season this April, which is set to premiere sometime in 2017.

Another recent project that Wagner has starred in this year is the television film, The Wedding March which aired on June 25, 2016. Written by Neill Fearneley, the Hallmark Channel Original TV movie depicted the story of a couple who after deciding to get married at a country home, discovers that the owner is actually her first love. In the comedy drama, Wagner played the lead part of Mick; other members of the cast include Cameron Bancroft, Shay Halverson, Julia Benson and Josie Bissett. Speaking of TV films, Wagner also took part in another movie called Love on the Vines, which is currently in post-production.

If you’d like to stay up to date and connected with the actor of General Hospital fame, you can do so by following him on social mediaーyou can find his active online presence on Twitter under his username @JackWagnerhpk!