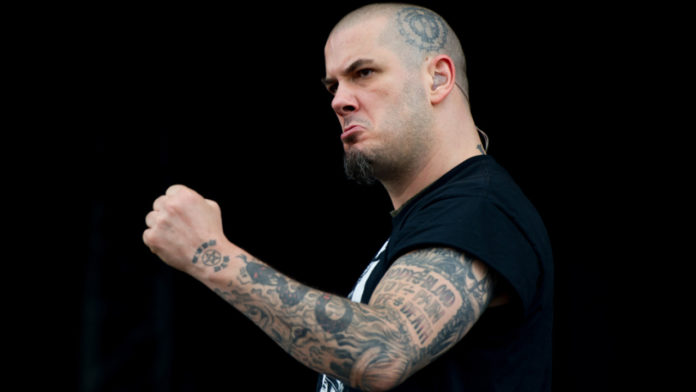 Phil Anselmo is a musician who’s well-known for being the vocalist of Pantera. After the group’s disbanding Anselmo is still very much active in the music scene with his numerous projects and bands.

Before we check out the latest regarding Anselmo, let’s first take a look back on his illustrious and rocking career.

Philip Hansen Anselmo, or as he is known Phil, was born on June 30, 1968, in the city of New Orleans, Louisiana. The young Anselmo grew up around the French Quarter neighborhood where he was exposed to a plethora of cultures, music genres, and movies. Soon enough Anselmo was bit by the music bug and had his first guitar at the age of nine, and he couldn’t stop his fingers from running across the strings. After learning how to properly play the guitar, Anselmo practiced songwriting and made his own music instead of imitating other songs.

At the onset of his teenage years Anselmo teamed up with a handful of friends and formed the heavy metal band Samhain. Anselmo alternated between the microphone and the guitar as they played original music and covers of other songs in the garage, and they didn’t let limited equipment get in the way of their performance. A few years later Anselmo left Samhain and joined Razor White where he got his first taste of performing in clubs. His time with the band was crucial in forging the things he needed in this career like stage presence.

After a year Anselmo became tired of Razor White’s limited abilities and their musical direction conflicted with what he had in mind. He scouted for other opportunities to flex his rock muscles, and luckily a certain band was about to replace its vocalist Terrence Lee. 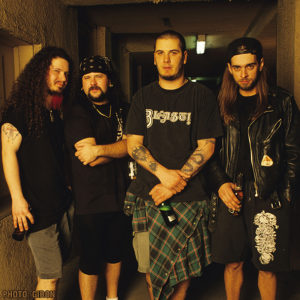 The heavy metal band Pantera originated in Texas and became famous in a few states including Louisiana. Anselmo had already heard the band’s rocking records, and Pantera was familiar about the former Razor White musician’s budding reputation. The band got in touch with Anselmo and had him play in a couple of sessions to test out his chops. Anselmo became the new lead of Pantera in 1987 at the age of 19 and he relocated to Texas to be with the band.

Anselmo’s vocal talents inspired the band members of Pantera so much that they re-recorded the singles sung by Lee in their upcoming fourth album Power Metal. The album was released in 1988 and it featured a departure from glam metal in favor of thrash. The boys then realized that their image needed some serious makeover to match their new aggressive sound.

A major record label proved to be elusive for the band but, in 1989, fortune upon the boys as they were approached by Mark Ross, an A&R representative from Atco Records. Ross watched Pantera perform while he was stranded in Texas in the aftermath of Hurricane Hugo, and he was so impressed that he relayed his experience to his boss Derek Shulman. The contract was inked shortly and Pantera began work on their fifth album.

Cowboys from Hell was released in 1990 and it clearly displayed the band’s complete transformation in both music and appearance. Critics and other musicians in the genre praised Cowboys and tagged it as among heavy metal’s most influential albums. Pantera enjoyed a burst of popularity that led them to performing with other big names at that time like AC/DC, Judas Priest, and Metallica.

1992 saw the release of Vulgar Display of Power which proved to be a greater success than its predecessor. The album received nothing but praise especially towards the power of Anselmo’s vocals, and it was listed in numerous top metal albums lists. Two years later Far Beyond Driven hit the shelves and it entered both Australian and U.S. album charts at number one. Anselmo and the boys promoted the album starting on the midnight of its release by travelling to a dozen cities to interact with fans. Critics however found the album to be less impressive than Vulgar Display.

The Great Southern Trendkill was the band’s eighth album which was released in 1996. It contained a lot of screaming and was touted as one of Pantera’s most aggressive works. By this time Anselmo was having difficulties wrought by his back pain that made him turn to alcohol and heroin, the latter he overdosed with in 1996 which sent him into cardiac arrest. Anselmo was revived with adrenaline and vowed to stop using heroin.

Pantera released their final album in 2000 titled Reinventing the Steel. It received mixed reviews and did not sell a million copies. Anselmo informed his bandmates that he wanted to take a break after the events of 9/11, but in reality he focused on his other projects. Eventually the band broke up in 2003 after the release of their greatest hits album The Best of Pantera.

Anselmo has several other groups while he was in Pantera. The first one he formed was Down in 1991 along with four longtime friends who also played for other bands. They released three studio albums and two extended plays.

The next band he formed was Superjoint Ritual in 1993. Even though the band was formed in the early 90’s, their work on material only began in 2002 and they released two albums. After a decade-long hiatus the band reunited in 2014 under the new name Superjoint.

Anselmo’s next project was in 1994 named Viking Crown under the pseudonym Anton Crowley, joined by Necrophagia vocalist Killjoy and then-girlfriend Opal. They made two studio albums and one extended play before calling it quits in 2001.

Christ Inversion was also formed in the same year under the same pseudonym, although only two demo songs were produced. The project was disbanded in 1995.

Anselmo and Opal formed Southern Isolation in 1995, releasing only one extended play before disbanding in 2001 after their divorce.

Arson Anthem is Anselmo’s next project, formed in cooperation with Eyehategod lead vocalist Mike Williams in 2006. They recruited three more musicians from other bands who shared their love for hardcore punk. Arson Anthem released one studio album and extended play. According to Anselmo there’s nothing new to be expected from the band for now.

In 2001 Anselmo the record label Housecore Records. Through this label he releases songs from his side projects and other unreleased tracks. Housecore underwent a brief merging with Killjoy’s Baphomet Records. After the disbanding of Viking Crown, the merger was also severed. Housecore still goes strong to this day.

Anselmo attracted controversy in January when he made a Nazi salute while onstage during the 2016 Dimebash. Due to this action Down was removed from the lineup of music festival FortaRock in Netherlands which was held last June. In August he fronted Eyehategod in two of their live performances as Mike Williams was unavailable due to health issues. 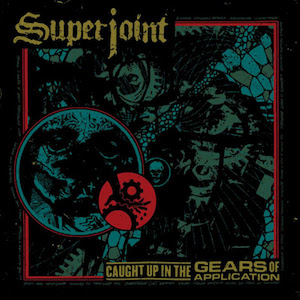 Superjoint released their third album after more than a decade titled Caught Up in the Gears of Application, under Anselmo’s Housecore Records. As for Down, the band played last August during the music festival Psycho Las Vegas.

Pantera’s The Great Southern Outtakes had its 20th Anniversary Edition version released in October, containing numerous live recordings, instrumentals, and a bunch of unreleased tracks. A month later the coffee table book A Vulgar Display of Pantera was published which featured photographs from the band’s beginnings to their ending, plus stories from the  band members themselves.