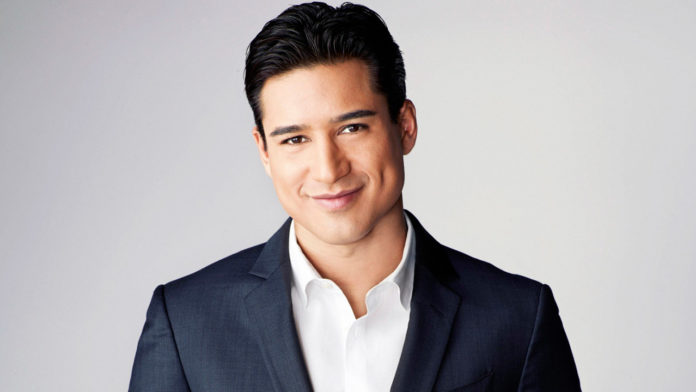 Mario Lopez is an American actor who is most widely known for his role on the sitcom, Saved by the Bell. A natural performer, he took up dancing when he was three years old and made his debut on television by the time he was ten. Although Simon & Simon was the first series that he appeared on, it wasn’t until he was cast as Tomas Del Gato in the comedy, a.k.a. Pablo later that year in 1984 that his talents in acting were recognized. Over the next years, the young actor continued to present himself on the screen in multiple TV shows including Walt Disney’s Wonderful World of Color (1986), Comedy Factory (1986), Kids Incorporated (1986), The Last Fling (1987) and Who Shrunk Saturday Morning? (1989). Slowly rising in fame, he eventually received a breakthrough in his career when he was offered a regular role in the American sitcom, Saved by the Bell in 1989.

From talented child actor to adult entertainer, Lopez has starred in dozens of television projects over the years. Although he’s most recognized for his role as A.C. Slater in Save by the Bell, some of the other highlights from his credit reel include Breaking the Surface: The Greg Louganis Story (1997), Pacific Blue (1996), and The Bold and the Beautiful (1987). Commended for his performance in front of the cameras, Lopez has won numerous awards for his work as an actor including a Daytime Emmy Award (e.g. Outstanding Entertainment News Program) and three Young Artist Awards (e.g. Outstanding Youth Host in a TV Magazine, Outstanding Young Actor in a Off Primetime Series). A three time ALMA Award nominee, he has also received two Teen Choice Award nominations, and an Imagen Foundation Award nomination.

While there’s no doubt that Lopez is a dedicated actor, he is in fact also an award-winning television host. At the age of twenty two, he hosted his first TV program, a children’s game show titled Masters of the Maze; he later went on to co-host the American daytime talk show The Other Half in 2001 alongside Dick Clark and Danny Bonaduce. However his one most, stand out role as a host is probably that of Extraーa television news magazine series which is currently on its eighth year on air. A man of many talents, Lopez was even a contestant on the third season of the ABC dancing competition, Dancing with the Stars in 2006!

But what has Lopez been working on lately? Has he filmed any new projects recent? What happened to Mario Lopez? Where is he now in 2018? 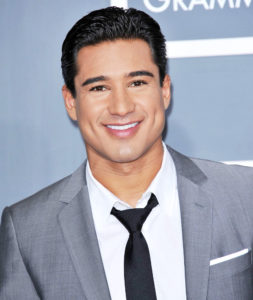 Born on October 10, 1973, in Chula Vista, California, Mario Lopez Jr. is the son of Mario Sr., and Elvira Lopez, a city and telephone company employee respectively. Often regarded as a child prodigy during his younger ears, Lopez learnt how to dance at the age of threeーan activity which he enjoyed immensely growing up. A natural performer, he was later scouted and discovered by an agent at the age of ten; he eventually landed his first television appearance in the comedy series, Simon & Simon later that year in 1984. Soon after playing the minor role, he was offered a regular part in the ABC sitcom, a.k.a. Pabloーa role which ultimately kicked of his acting career. Starring Paul Rodriguez, Joe Santos, Katy Juradoand Hector Elizondo, a.k.a. Pablo revolved around protagonist Pablo as he attempts to break into the world of stand up comedy.

However besides acting, the teen also had many other things on his mind during the 1980’sーone of them being wrestling. A student at Chula Vista High School, Lopez was a member of the school’s wrestling team; having built an impressive physique from regular workouts, he even made it to the Califronia State wrestling competition one year, where he eventually came out in seventh place. Around that same time, he also appeared in a number of television movies including The Deacon Street Deer (1986), Superman (1987) and Colors (1988). After years of trying to make it big as a young actor, Lopez eventually received a breakthrough when he was cast as a regular character in the NBC sitcom, Saved by the Bell. 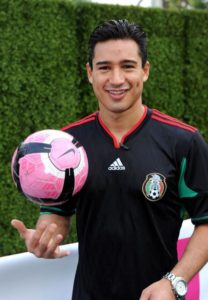 First premiered in the summer of 1989, Saved by the Bell was a reboot of the 80’s Disney sitcom, Good Morning Miss Bliss. Created by Peter Engel, the teen series followed the school life of six students at the fictional Bayside High School. Although primarily regarded as a comedy, it also touched upon several deeper themes such as death, and drug use. A huge success upon hitting the NBS Network, Saved by the Bell starred many actors and actresses including Dustin Diamond, Mark Paul Gosselaar, Elizabeth Berkley, Tiffani Amber Thiessen, and Lark Voorhies. In the sitcom, Lopez portrayed the character of Albert Clifford Slater, an athletic student who transfers to the school in the initial episode; despite it having been his first major role in a television series, Lopez received much praise for his performance on the show. Listed as one of “The Top 20 School Shows of All Time” by AOL TV, the sitcom received a Daytime Emmy Award Nomination and several Young Artist Awards.

Following the last episode of Saved by the Bell in 1993, Lopez once again reprised his role as A.C. Slater in the eventual sequel, Saved by the Bell: The College Years, which premiered almost immediately after the end of the original. The third instalment of the franchise series (the second being a 1992 TV film), it followed a similar plot line in that it chronicled the lives of the show’s six characters as they headed off to the fictitious California University. The sequel saw the return of most of the original cast members although actress Essence Atkins only appeared in the first episode. The only series out of the franchise to land a spot on primetime television, Saved by the Bell: The College Years was a huge hit amongst fansーalthough it only lasted for one season; it ran for a total of ten months, spanning nineteen episodes.

In 1995, Lopez acted as a television host for the first time in the children’s game show, Masters of the Maze. First aired on the Family Channel in August 1994, the initial season was hosted by American actor J.D. Roth while the second season was hosted by Lopez. The series features three teams of two each, who go on to compete against each other in a game of both knowledge and observation for the right way out of the show’s signature maze; the team with the fastest run time ultimately wins. The second season of Masters of the Maze ended in September 1996 after two years.

As the glamour and fame from Saved by the Bell eventually wore off during the mid to late 90’s, Lopez found himself taking part in multiple TV movies, one of which included Breaking the Surface: The Greg Louganis Story. The actor’s first major role besides that of A.C. Slater in the previously mentioned sitcom, the television film was based on a best selling non-fiction book of the same name, written by Eric Marcus and Greg Louganis himself. The television movie told the story of Olympic athlete Greg Louganisーin particular, all the obstacles and difficulties which he had to face while working to become one of the world’s top divers. In the film, Lopez portrayed the role of Greg Louganis while Michael Murphy played the part of his adoptive father, Pete Louganis. An award winning performance by the actor, Lopez later received an ALMA Award nomination for the category of “Outstanding Individual Performance in a Made for Television Movie or Mini series” in 1998.

The next big acting project for Lopez was the crime drama series, Pacific Blue in 1999. Although the show began back in 1996, the actor didn’t join the cast until season four. Often compared to the action series Baywatch, Pacific Blue followed a team of Santa Monica police officers as they patrolled its neighbourhood beaches on bicycles. Currently still running in many countries across the world despite its original air date, the show was immensely popular amongst viewers. In total, the show which ran on the USA Network, continued for five seasons, spanning just over a hundred episodes; it eventually came to an end with its last episode in April 2000. Lopez’s character Bobby Cruz, was a new recruit to the Pacific Blue Unit who was first introduced in the show’s fourth season; other cast additions at the time included Shanna Moakler, Jeff Stearns and Amy Hunter. For his performance, the actor received another ALMA Award nomination that year for “Outstanding Actor in a Drama Series.”

Carrying on with his acting lifestyle into the next decade, Lopez continued to appear in a variety of television series including Big Brother Trouble (2000), Outta Time (2002), The Soluna Project (2004), Holiday in Handcuffs (2007) and Husband for Hire (2008), the list goes on. His longest ongoing project to date is probably that of Extra, a television news program which Lopez cohosts alongside Charissa Thompson and Tracey Edmonds; it has been airing since 2008. 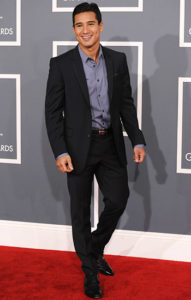 A man with a busy schedule, Lopez has been filming numerous television series and films this year, one of which is NCIS: New Orleans. Described as an action drama with elements of military and police procedural themes, it revolves around a team of Naval Criminal Investigative Service Agents (NCIS Agents), who handles various crime cases in New Orleans. Although met with mixed reviews, NCIS: New Orleans has remained a favourite amongst fans, having garnered an average of 17 million viewers during its first season. The drama’s star studded cast list includes Scott Bakula, Lucas Black, Zoe McLellan, Rob Kerkovich and Vanessa Ferlito. Lopez made his appearance in the third episode of the third season, playing the guest role of police officer Hernandez.

More recently just this October, it was announced that the television actor and personality who we’ve all grown to love will be hosting the Be Beautiful Be Yourself Fashion Show. A collaboration with the Global Down Syndrome Foundation, the fashion show remains to be one of the largest fundraisers for Down Syndrome in the country, attracting well over 1200 guests every year. Since its inception, the event has helped to raise much needed public awareness, in addition to $9.5 million in funds for medical research. Some of the celebrities who have taken part in the previous fashion shows include Peyton Manning, Jamie Foxx, Terrence Howard and Beau Bridges. The 2016 Be Beautiful Be Yourself Fashion is currently set to take place on November 12, 2016 in Denver.

Looking for a way to stay connected and up-to-date with the actor of Saved by the Bell fame? How about following Mario Lopez on social media? You can find the star on Twitter (@MarioLopezExtra) as well as on Instagram (@mariolopezextra)!