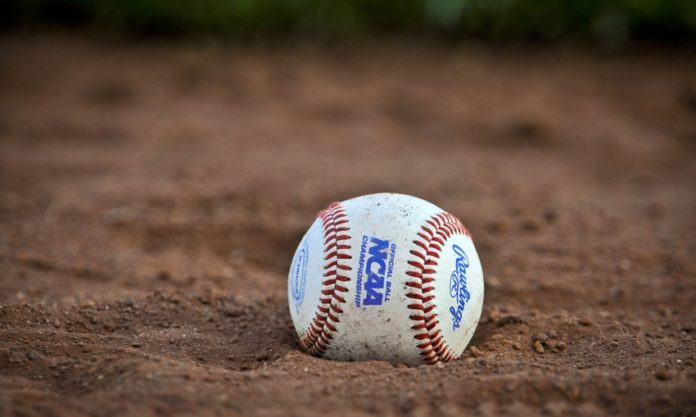 Baseball is known as America’s pastime. The sport has been around for hundreds of years, and it has been a popular sport in the United States for just as long. Although the MLB is obviously the most popular source of baseball in the country, there is still something to be said about the thrill of collegiate level baseball. The NCAA hosts some amazing baseball teams, and in this article, I’m going to talk about some of them. I’ll give you my picks for the top ten college baseball programs of all time, and I’ll say a little bit about why I think each program has earned its spot on the pantheon of baseball history. Let’s take a closer look at some of these big hitters. 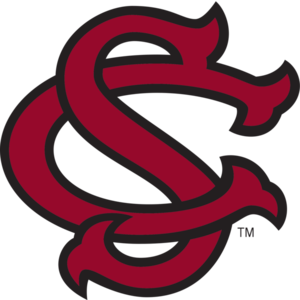 The University of South Carolina, based out of Columbia, is home to quite a few different prestigious athletic programs. Among them is their baseball team, which has seen a great deal of consistent success in the Southeastern Conference. The Gamecocks have won two national championships, in 2010 and in 2011. They were also the runner-up of the College World Series in 2012, which I think should give you an idea as to how recent this dominance is. The University of South Carolina also regularly takes home the SEC Eastern Division title, with their most recent one being from 2016. This is a time that has had success in the past (particularly during the 1970’s) but have really come into their own in recent years. Without a doubt, they’re one of the most rightfully recognized programs in college baseball. 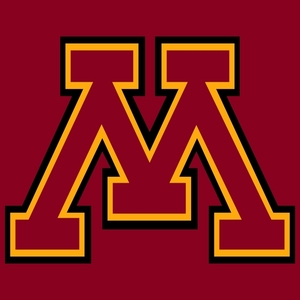 Our last team was in the south, and we head significantly north for our next one. The University of Minnesota in Minneapolis is mostly well known for its football and hockey teams, but their baseball team is historically one of the better ones out there. Their team has three national titles under its belt, from 1956, 1960, and 1964. Obviously, these titles were earned quite a long time ago, which explains the Gophers’ low placing on this list. Although they don’t win championships as often as other teams, the University of Minnesota baseball team has appeared in countless NCAA Tournaments, while also being regular conference champions. Like South Carolina, they were most recently crowned conference champion in 2016. In a state known for its hockey than for its baseball, the Golden Gophers have managed to achieve a great deal of success. 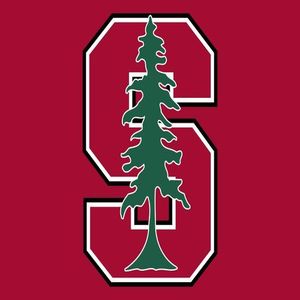 As you’ll realize reading this list, the state of California is a pretty competitive place for NCAA baseball. Perhaps it’s fitting that Stanford University, one of the most competitive academic institutions in the United States, has such a competitive baseball team. Although the Cardinals have only won two national titles (in 1987 and in 1988) they are definitely one of the more storied teams in college baseball. Their program dates all the way back to 1982, and so they have a rich history of success and achievement. That isn’t to say that they haven’t done well recently, either. They were runner-up in the College World Series in 2000, 2001, and 2003. The Cardinals have brought up several future MLB players, broken several records, and have appeared in multiple NCAA Tournaments. They have definitely cemented their legacy as a top ten college baseball program. 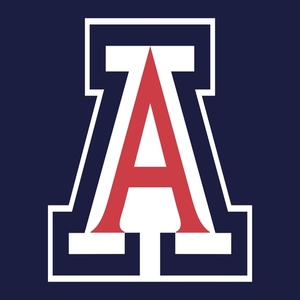 Next, we’re taken to Tucson, Arizona, home of the Arizona Wildcats. The University of Arizona has won four national championships in 1976, 1980, 1986, and 2012. They were also the runner-up of the College World Series just in 2016. (They’ve been runner-up eight times since 1956, which is a really impressive figure.) What does this indicate? This indicates that the Wildcats were a powerhouse team a couple of decades ago, and they’re still able to dominate the game today. Their first season was in 1904, and so the University of Arizona’s baseball team is where a lot of major league players got their start. Throughout the years, Arizona has been home to players like Trevor Hoffman, Rob Refsnyder, and even the likes of Jerry Kindall. Despite the fact that they’re playing in the extremely competitive Pac-12 Conference, the Wildcats have been able to see a major resurgence in the last few years. 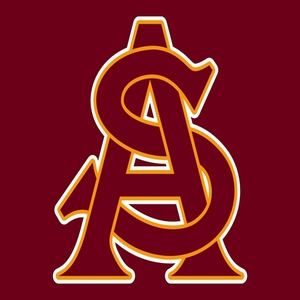 We’re staying in the Grand Canyon State for a little while longer. The Arizona State Sun Devils are a fairly new baseball team compared to some of their competitors — their first season was just in 1959. Even so, in their short lifetime they have been able to become one of the most successful college baseball programs out there. The Sun Devils have claimed a whopping five national titles in 1965, 1967, 1969, 1977, and 1981. Arizona State hasn’t been able to win a championship since 1981, and they haven’t even been College World Series Runner-up since 1998, that isn’t to say that they aren’t still doing really well. The Sun Devils are a very consistent team, and their only losing season occurred in 2003. They hold their own in the Pac-12, and they have the reputation to show for it. 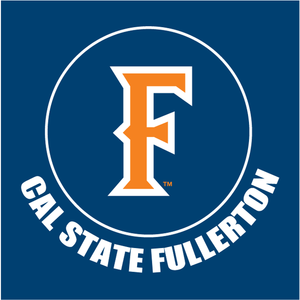 California State University, Fullerton possesses one of the largest student bodies in California. How are you meant to keep all of those college students entertained? With baseball, of course! The Cal State Fullerton baseball team, like a few of the other teams on this list, doesn’t win a national title every year. They have four championships to their name, with the most recent being from 2004. Even so, the Titans regularly display a certain level of prowess, year after year. They have appeared in every single NCAA Tournament since 1992. They have appeared in the College World Series seventeen times since 1975. They haven’t had a losing season since they came into Division I. I don’t think that anyone can deny that this baseball program is full to the brim with talent. This is one of those programs that you can’t help but think of as elite. 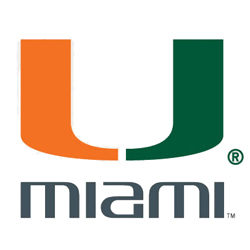 Although the Miami Hurricanes are perhaps more well-known for their dominance in college football during the 1990’s. However, their baseball program is one of the most elite in the country. Head coach Jim Morris has spent the last 23 years with the ‘Canes, and during that time, he’s helped the team flourish into the superpower that they are today. Their most recent national title is from 2001, but Miami has still accomplished a lot in terms of NCAA Tournament appearances, College World Series appearances, and NCAA Regional Titles. (In fact, they’ve been to the NCAA regionals for 44 straight years, which is a record number.) The Hurricanes have been conference division champions since 2014. This is a program that has displayed consistency across the board, and I think that they’ve earned this nod. 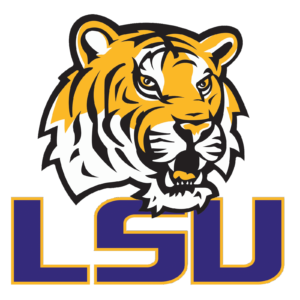 Like Miami, the Louisiana State Tigers may have a football program that’s more nationally famous than their baseball program. That’s a really tragedy. The LSU Tigers baseball program is arguably the most dominant team in the Southeastern Conference. LSU has won a whopping six national championships since just 1991. They have had seventeen College World Series appearances since 1986. Make no mistake — this isn’t a case of a team that was really good in the 1970’s and then fell off. Even though this program has been around since 1893, they’ve really only come into their own in the last decade or so. The Tigers tend to excel in their athletic pursuits, and I don’t think that their college baseball program is any different.

#2 – University of Texas at Austin 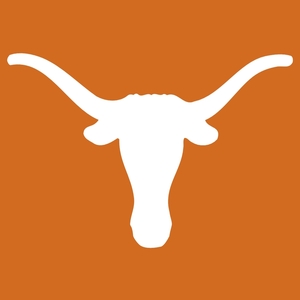 Until just this last season, the University of Texas was coached by Augie Garrido, who is the most winningest coach in NCAA baseball history. Garrido had coached the Longhorns since 1997. That doesn’t mean, however, that Texas has only done well in baseball since 1997. Texas has won 6 national titles since 1949, with the most recent one from 2005. They have won a whopping 77 regular season conference championships. They hold the record for most appearances in the College World Series, with 35. I honestly think that the University of Texas at Austin college baseball program is the first program on this list to have been consistently great (not just good) for the majority of its existence. Their stats are really unbelievable, and this program has helped to produce baseball greats like Spike Owen, Calvin Schiraldi, and Roger Clemens. 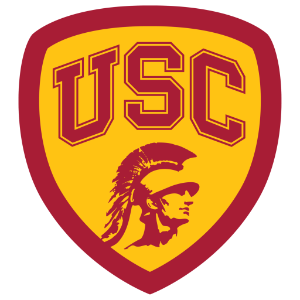 I think that a few programs on this list could plausibly be swapped around. You could easily make a case for some of them to be moved up or down. However, I don’t think that any college baseball fan in their right mind can say that the University of Southern California hasn’t developed a culture of winning, dominating, and conquering. This team far and away holds the record for most national titles with TWELVE since 1948. (This includes five consecutive titles from 1970 to 1974, which is practically unprecedented.) The closest team behind them is Texas, who as I mentioned before, have half of that. The Trojans rank third in the NCAA in all-time wins, and they’ve been won or tied a total of 38 conference championships. It’s also worth noting that this team has been able to accomplish all of that in the Pac-12 which, as I mentioned earlier in this article, is one of the more competitive conferences in college baseball. The USC Trojans are a storied, elite college baseball program, and I feel confident in saying that they’re probably the best college baseball program.